In just a short period of time, the Covid-19 pandemic disrupted the global system and crushed entire countries. Vulnerabilities in our society, like those in health care, economics, and politics, were exposed. Is the pandemic going to be a wake-up call? If so, what should be fundamentally changed? Professor of Veterinary Medicine Arjan Stegeman in dialogue with Professor of Innovation and Sustainability Ellen Moors: "We can use technology to make vaccines or detect infections more quickly, but it&#39;s hard to tackle underlying problems like deforestation and global warming."

Analyse
By Isabella Hesselink on 05/11/2022 - 13:00
Read in Dutch
Now that the pandemic is showing signs of slowing down, it’s time to reflect on the past two years. What are the underlying problems? And what should we do differently in the future? This article is part of our Covid dialogues series, in which scientists from different disciplines sit together to discuss some of the toughest questions brought about by the pandemic. In this third — and last — part of the series, Arjan Stegeman and Ellen Moors take a look at the pandemic's underlying problems from a veterinary and a sustainability perspective, respectively. The other two articles in this series addressed the boundaries of freedom and young people’s health during the pandemic.

Stegeman: "The Covid-19 pandemic didn’t come as a surprise to me. Throughout this century, we’ve had multiple outbreaks of Covid viruses. The same goes for the Sars virus at the beginning of this millennium and the Mers virus, which spread from dromedaries to humans, but originated from bats. Over the past decennia, we had a Covid outbreak every other decade. If we take a look at the bigger picture, there were zoonose outbreaks during most of the history of humanity. We’re not exactly sure how often these outbreaks occurred because many of them were not documented, or were barely documented. There was the Black Death in the Middle Ages and the Spanish Flu from 1918 to 1920. After that, we saw flu pandemics occur with an interval of about 30 years. Some of them serious, like the one from 1968, when more than a million people died in a flu epidemic; and sometimes less serious, like the Mexican Flu in 2009. Infectious diseases are part of the coexistence of humans and animals, but the connectivity of human populations increases the scale at which virus outbreaks occur."

“Humans' interaction with wild animals is often mentioned as a cause, but there isn’t that much proof of it. Actually, the interaction between wildlife and mankind has always been there. Back when we were hunters and collectors, this type of virus would jump from wild animals to humans perhaps even more often than they do now, but back then, populations lived extremely isolated from each other, causing an infection to run out soon. After Marco Polo's journeys, trade routes were established, and diseases travelled along with these routes. Something that’s now spreading itself on a market in Wuhan can now be all over the world in the blink of an eye. Even during the strictest lockdowns, during which we were at just a fraction of our normal global air traffic, the new virus variants from India, Great Britain or South Africa still spread at a high speed.”

Moors: “The connectivity of human populations is also increasing due to deforestation and other ways of practising agriculture. Because of the strong increase in climate change, we have a multiplier, one we didn’t have in the early days of our history. Can we infer from coronavirus' large scale that we will have a successor sooner than the ten years you mentioned?" 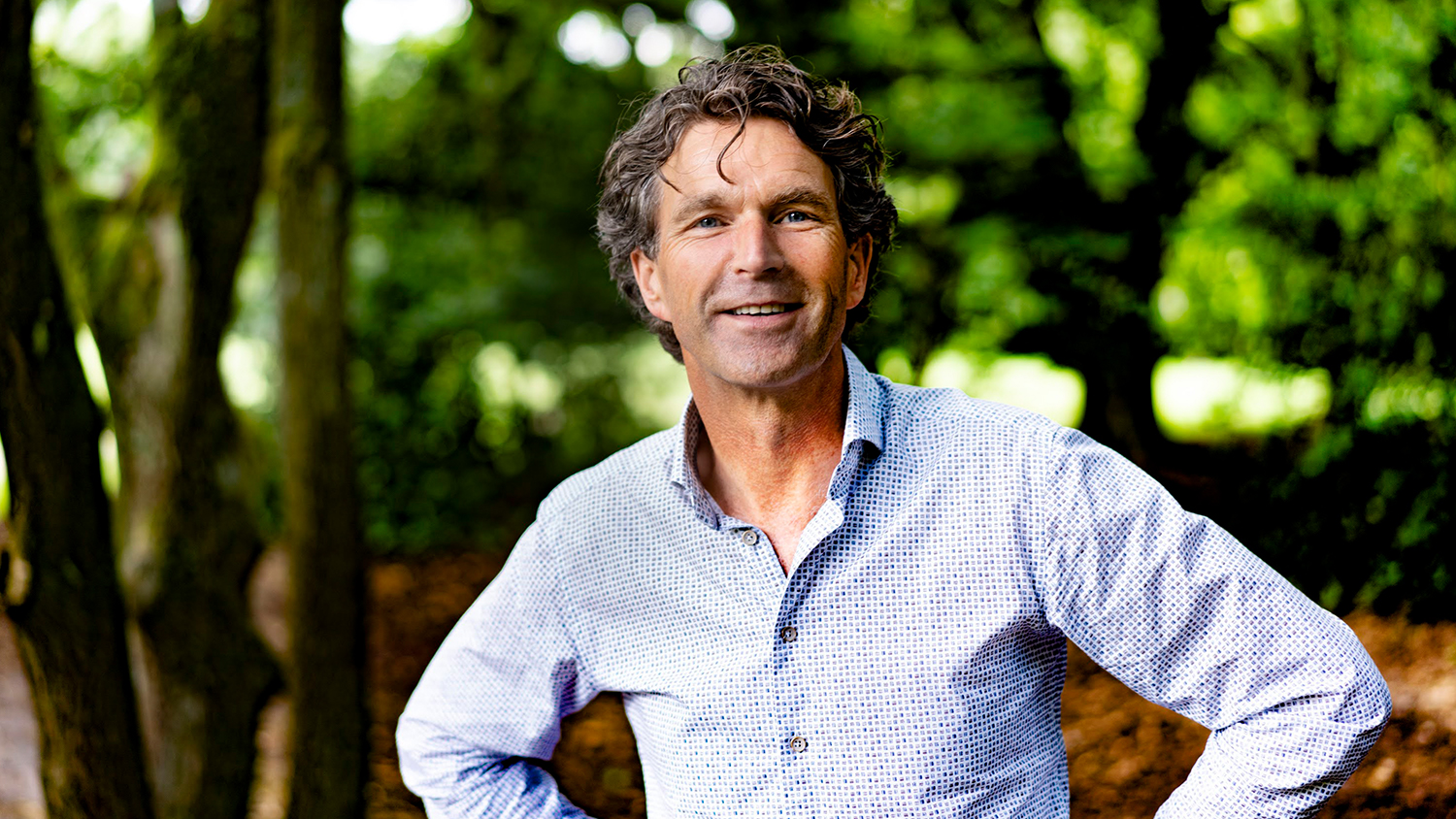 Professor Arjan Stegeman is a veterinary epidemiologist at Utrecht University. His research focuses on the epidemiology of infectious diseases in farm animals, including zoonoses like Covid-19.

Stegeman: “Those ten years have a substantial confidence interval. It is a random process of how something jumps from one host to another. The crucial process here is that there must be efficient transmission in the other host: humans. For a virus to spread throughout the world, the reproduction rate must be higher than one. I think jumping from animal to human happens quite frequently for a virus, but the vast majority of germs do not spread among people."

“Most infectious diseases are host-specific and only spread amongst animals. There are germs that do jump from animals to humans, but they cannot multiply inside humans. In the Netherlands, Q Fever is a good example of that. The Bird Flu can incidentally jump from one person to another but because there’s no efficient transmission, it quickly runs out. It is not until the next step, when the virus efficiently spreads among humans, that epidemics or pandemics arise. Whether that happens depends, therefore, on many conditions and a lot of coincidences.”

“Adding to that is the fact that the wildlife trade, including illegal trade in China and Africa, among other regions, is huge. A mixture of all sorts of micro-organisms can come about because wild animal species are in close contact with each other in these markets. If people there would buy refrigerated pieces of meat as we do in supermarkets here, then we'd do away with a considerable part of the risks." 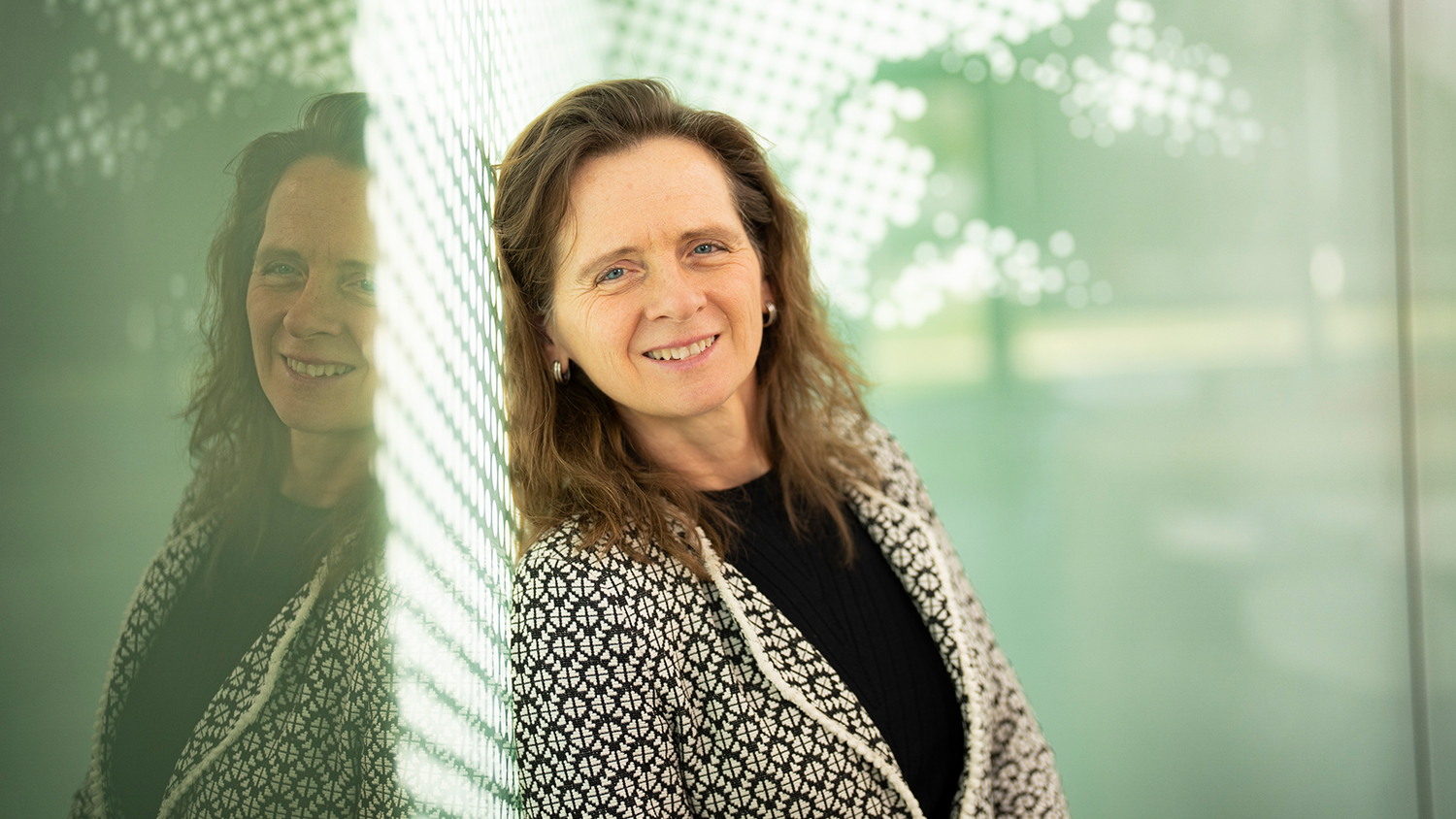 Ellen Moors is a professor in Innovation and Sustainability at Utrecht University. Her research focuses on socio-technical innovations in the health sector, life sciences and the agri-food sector, among other domains. In addition, she is the head and research director of the Copernicus Institute of Sustainable Development.

Moors: “Some people say it’s really hard to retrieve the source of the latest coronavirus. Was it really in one of those wildlife markets? Is widespread travelling to blame? Or is it because of too much deforestation in the vicinity of cities and a complete misfit when it comes to urban and rural planning? Deforestation versus urbanisation affects how quickly animals and people interact."

“So, as it turns out, health and sustainability are closely connected. We cannot consider them separately. Sustainability problems, such as deforestation, increasing temperatures, severe forest fires, and droughts can be directly linked to climate-related diseases. Pathogens are more comfortable in a moist climate. People have more allergies, suffer from the consequences of having to face extreme heat, and get more from heart attacks because they have to deal with all sorts of crises. Without health, there’s no sustainability and vice-versa! In some impoverished countries, such as some of the countries in Africa, population growth has come to a halt because people die or get seriously ill in their forties or fifties. When you're busy surviving, you cannot build up a sustainable system or be occupied with sustainability issues at all.”

Stegeman: “The field of humane health care is actually always about the risks for humans and how the environment and animals pose a risk for humans, while we should actually seek a proper balance between the health of humans, animals and the ecosystem surrounding them. The division of means and attention is completely off balance. About 100 billion euros of the Dutch budget goes to health care. We call it health care, but it’s actually sickness care. The complete revenue model is aimed at treating sick people. We fought the pandemic using the number of sick people in hospital beds who could be treated to the maximum extent. In the current health care system, specialists working in hospitals have the highest status, while the doctors responsible for public or corporate health care are on the lower rungs of the ladder. How do we change a system that focuses on sickness in the individual to one that focuses on health in the population? That might just be the biggest challenge."

Moors: “It’s obvious that we should move toward long-term, sustainable health care. Society is ageing and health care costs are sky-high. The price of medicine is also increasing sharply, a phenomenon partially caused by the pharmaceutical industry. As a result, the price range has become unsustainable. Health care consists mainly of treatment and diagnosis, while prevention remains relatively underexposed. Ultimately, we should move towards a health care system in which the population keeps itself as healthy as possible preventively. This is a more sustainable and more solid conception of wellbeing."

Stegeman: “Livestock farming should also be made more sustainable, for many reasons. Because of the climate, but also because of infectious diseases. Every year, we’re clearing tens of poultry farms due to the bird flu. This year, poultry farms are being cleared preventively because people are afraid that the infection will get out of hand if they don't. In my opinion, these farms are beyond the density limits necessary for sustainable livestock farming. Some poultry farms are so close together that, without preventive clearing, bird flu will spread like wildfire.”

“We must find another system in which we would employ preventive vaccination against prominent infectious diseases such as bird flu and indicate the areas in our country that aren’t suitable for large-scale poultry farming, similarly to what is now being done in areas with many water birds. That or reduce the density of those farms. The entire Dutch livestock industry should get a more sustainable, more diverse system. If we clog up entire regions with farms raising the same animals, problems are bound to occur. Even if it doesn’t show yet. By implementing diversity in the system, we would make ourselves less vulnerable.”

Stegeman: “We must start to apply systematic thinking in everything we do. Should we import certain items from China or manufacture them locally? Today’s world has been completely shaped by 1980s neoliberalism, in which free trade — and therefore money — was the key motive. At the beginning of the pandemic, the materials needed for the production of PCR tests were scarce. With the exception of Covid hotspots Lombardy and Wuhan, there were only a few places where these materials were being produced on a large scale. We see the same thing happening with regard to the war in Ukraine. Now people are suddenly finding out that a lot of food is produced in some of the war zones, food on which the entire world depends. Sharing the risks must be the guiding principle in how we set up the trade, contacts, and the world.” 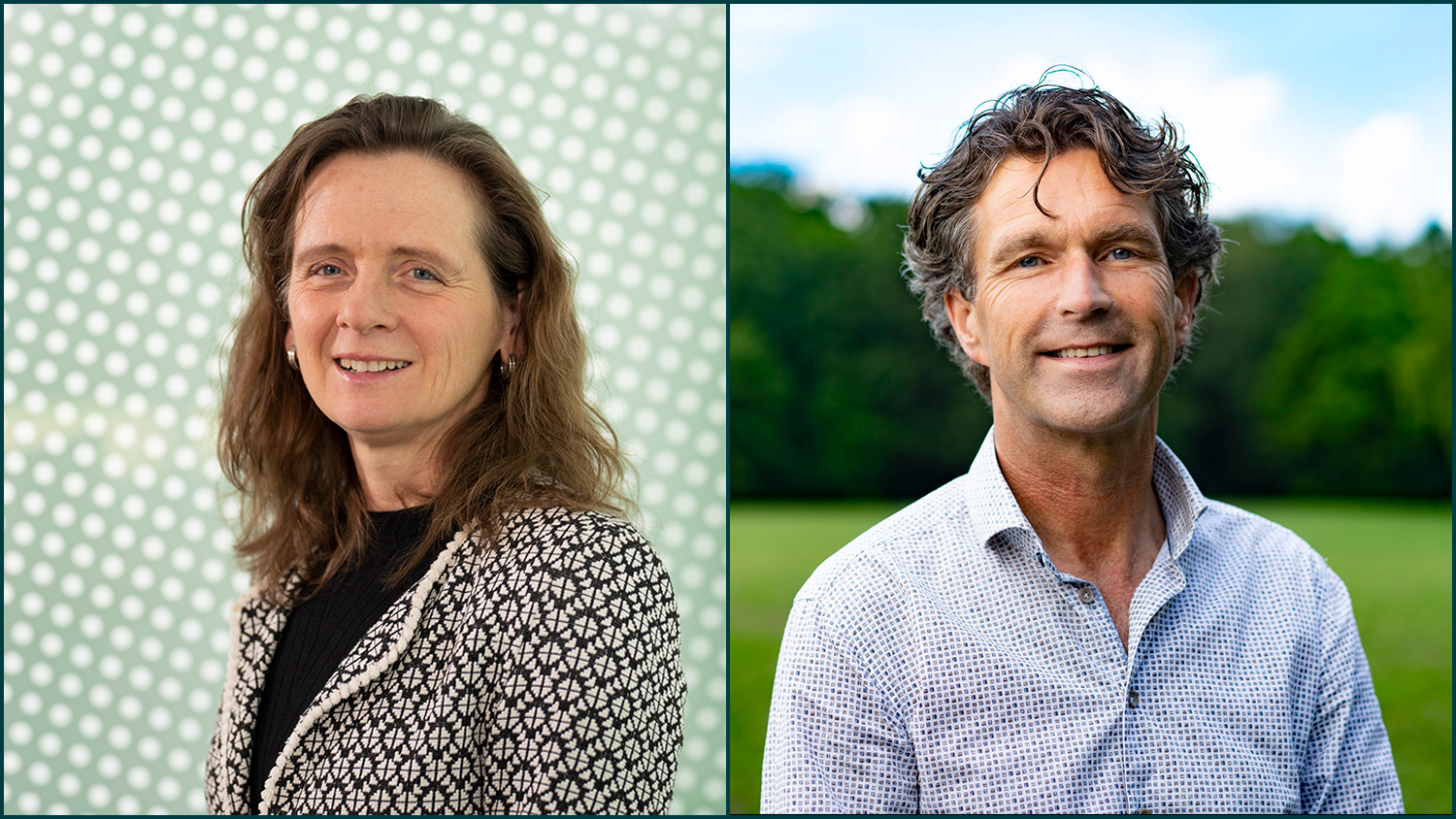 Moors: “Both the pandemic and climate change are wake-up calls. The Covid-19 pandemic came suddenly, while climate change has been simmering in the background for a long time. The effects of climate change are not being felt yet in our temperate climate. Survival mechanisms have conditioned us human beings to respond to immediate, observable dangers, such as a health care crisis, but climate change is gradual, cumulative and has gradations. It proves extremely difficult to take action now to reap future benefits."

Stegeman: “The reflex even moves in the other direction: making vaccines even quicker or improving diagnostics that can identify infections even faster. We use technology to try to come up with solutions. But we find the underlying problems, like deforestation and global warming, much more difficult to address.”

Moors: “I was surprised that during the pandemic we had the guts to take all those measures with only half of the knowledge about the possible outcome. As for climate change, we know from the recent IPCC reports with more than 90 percent certainty that we are heading for warming, deforestation, and erosion, and we are not even taking half the necessary measures.”

Stegeman: “And that while we really can solve it! Mankind has also shown in the past to be immensely innovative. Like global warming, we should not turn the risk of a pandemic into a doomsday story. It would be easy to respond by saying it’s too late and it doesn’t matter what we do anymore. We would become the orchestra that keeps on playing on a sinking Titanic. It’s not too late and we are creative enough to still solve the problem."