The Utrechter’s Guide to National Forests

After letting her mind wander in the grocery stores of Utrecht, student Sophia Pekowsky found a new way to make the best of her stay in the Netherlands: she&#39;s been exploring the country&#39;s national parks and forests.

The pandemic rages on in Utrecht, and as much as I hate to admit it, trips to the grocery stores no longer satisfy my desire for adventure. These days, I have been exploring the many national parks of the Netherlands, searching for the calming and cleansing affect they provide.

However, I am left with some questions about the range of biodiversity I have found nestled between farmland and train tracks. Waves of white sand hidden between dense forests, lilac colored heather crawling across dunes like crabs, fluorescent green moss creating the illusion of springtime in the dead of winter. How did this come to be? I decided to ask an esteemed scientist, who we will refer to as “Dr. XYZ” for the sake of anonymity. I hope their responses can provide some clarity for my fellow wanderers. 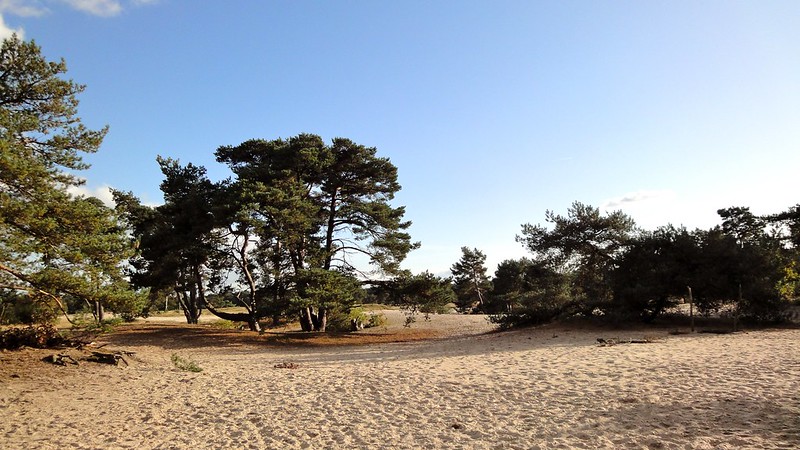 Soesterduinen
Soesterduinen is one of the closest natural getaways from Utrecht Center, just a ten minute train ride to Soest Zuid. Emerging from the forest, a meteor of sand dunes appears out of thin air, giving you the impression of being within a crater on the moon. I couldn’t help but wonder about the natural phenomenon that could have caused this strange occurrence. Luckily, Dr. XYZ cleared it up for me.

Dr. XYZ: “My friend and colleague, a doctor in geology, explained this to me as we ambled through the lofty trees of Soesterduinen on a rare but precious sunny winter’s day. I felt ashamed I hadn’t thought of it myself, as there is only one reasonable explanation for the sudden break in landscape: Dragons. You see, they made their den in this territory years ago, gathering sand from faraway beaches to break their fall as they landed. The few trees that remain, roots like talons gripping at the earth, are evidence of this history, nature’s relics of the beasts that used to call this land their home.” 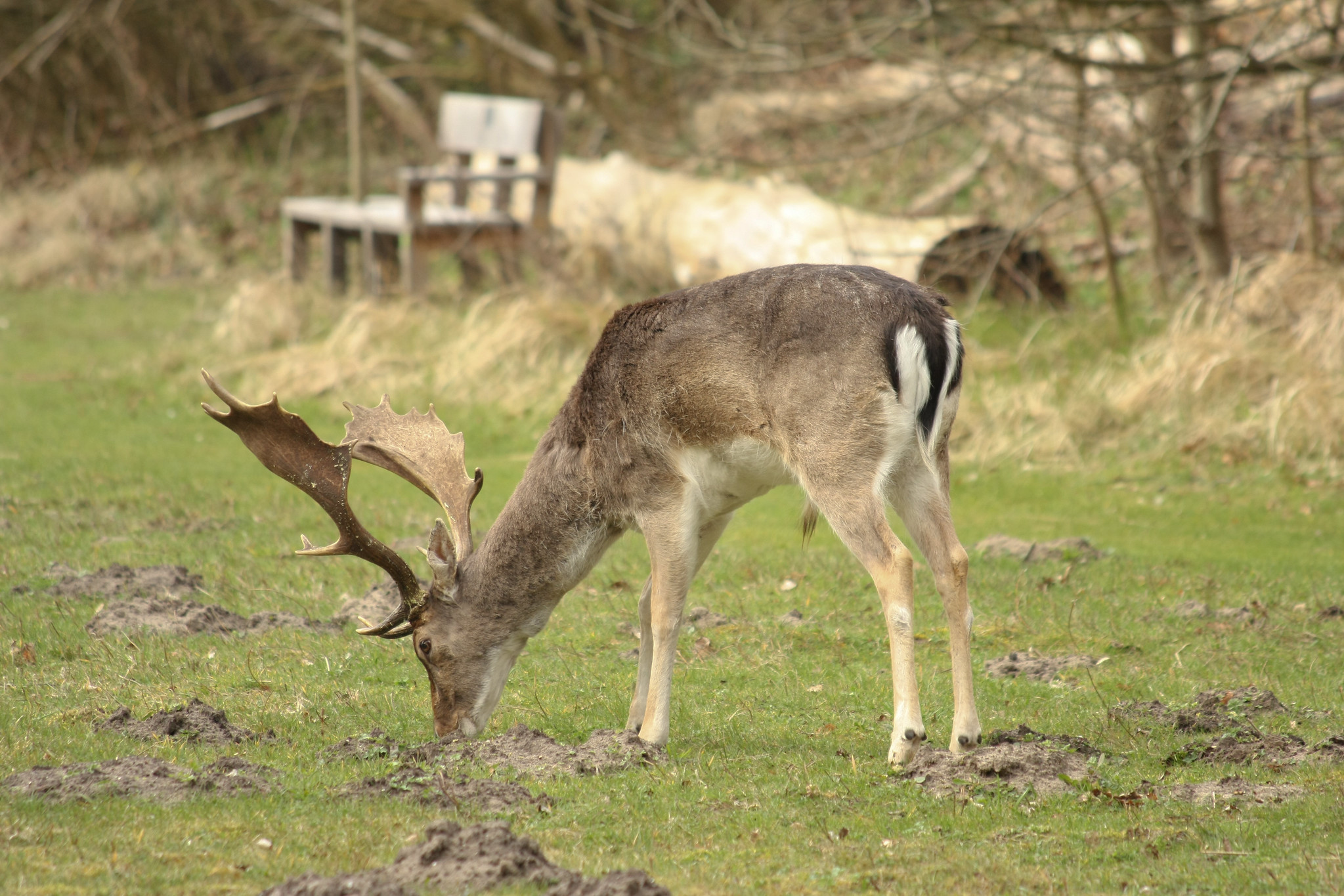 Zuid-Kennemerland National Park
Not too far from Haarlem on the coast, this expansive world of sea and woods is heavily populated by wild deer that gallop through the hills and come eerily close to passersby. How did they arrive here? Why aren’t they afraid of humans?

Dr. XYZ: “Ahhh yes, I was hoping you would ask. Have you ever seen the deer and the park rangers in the same place? I suspect not, as they are one in the same. After years of neglect by exploitative and lazy staff, the deer took matters into their own hooves. By day, they put on a show for the visitors of the park, running and pawing and so on, but by night they busy themselves with the cleanup and paperwork. The park is infinitely better organized now that they are in charge”. 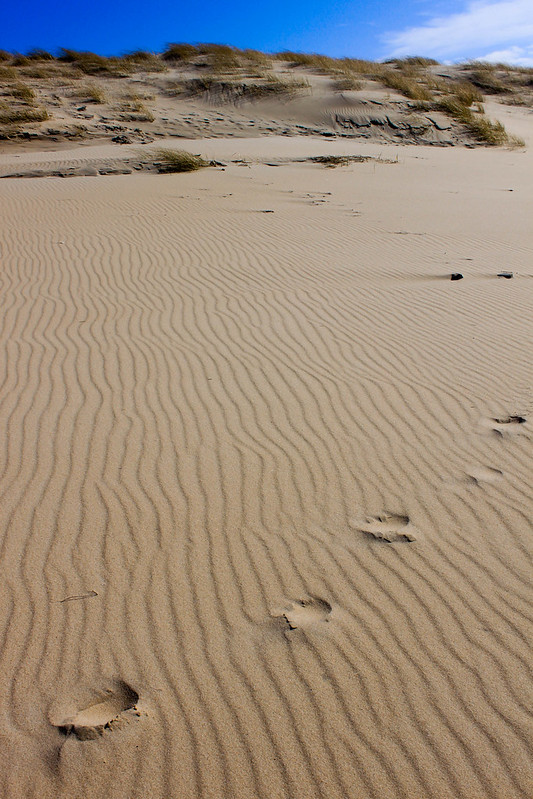 The Dunes of Texel
This park might require an overnight stay, as it is a bit farther from Utrecht, located on the Frisian island of Texel. After a train, a ferry ride, and a bus, you can feel the cold whisper of the sea on your face in under three hours. The Frisian islands look like a strand of pearls on the map, a splatter on the page. How were they formed?

Dr. XYZ: “You continue to ask me the most obvious of questions. Haven’t you ever read a history book? The Frisian islands were pulled out of the depths of the ocean on a rope pulled by a large quantity of seals, who tired of swimming yearned for the gentle kiss of the sun”. 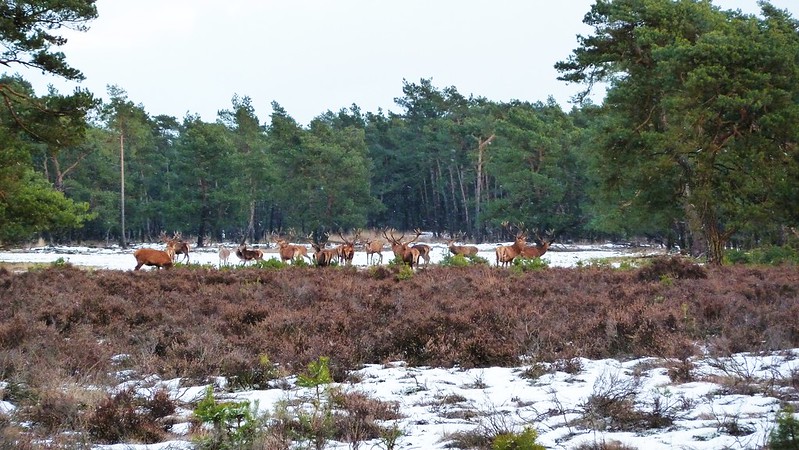 National Park Hoge Veluwe
The National Park Hoge Veluwe, easily accessible by public transportation, was one of my favorite day trips. Just about an hour from Utrecht, this lush green and gold-hued forest is filled with hidden wonders - elk and foxes and bicycles that you can ride free of charge. But throughout my time in the park, strange happenings occurred that I struggled to explain, flickers of life, as if from another time, that disappeared within seconds. If anyone could explain what was going on, it was Dr. XYZ.

Dr. XYZ:  “When I was in the throes of my PhD in astrophysics, I spent long and sleepless nights hunched over the mathematical equations that represent the explosion that formed the beginnings of our current universe. Tracing one number to another, in a sleepless haze, it all became clear to me. A potent cluster of white-hot energy was hurled in the present day coordinates of The National Park Hoge Veluwe. Without a doubt, this park has an energetic pulse- thus, the light that dances through the trees, the sparkles on the ground that somehow elude your footsteps. Enter at your own risk, expecting intense discomfort or divine rapture, depending on your capacity for the uncanny”.