What does it mean to exist in your 20s?

Our new campus columnist Lili Szarvas has just turned 20. As everyone around her talks about it as though it is a big deal, she&#39;s bursting with a million existential questions. In her debut column, Lili shares some of them with us. Can you relate? 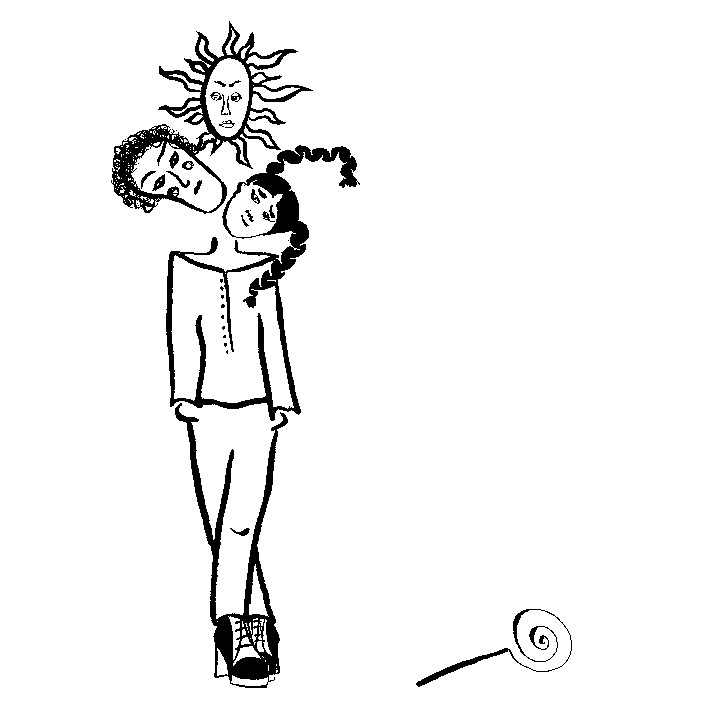 I just turned 20 and every single grandma, uncle, weird old classmate -- whom I haven't seen since Christmas 2009, when I confessed to her I actually preferred Shrek 2 over Shrek 1 -- have been telling me how big of an accomplishment that is. Turning 20. In my head I am either like a kid with braces and pigtails who dropped her lollipop waiting for the doctor's appointment and now decides to go away FOR GOOD and then returns ten minutes later with the wildest experiences in her eyes. Or sometimes I am the elderly lady who not only talks to herself in the widest selection of languages -- some of them made-up, some of them real -- but also flashes people on the subway and lectures everyone about how you should not care if you drop your lollipop. You'll find a new one in a couple days anyway.

So, as these two sides of me constantly fight, I find myself, well, talking to myself. Partly to figure out which side should be present when someone is in their 20s, partly just to entertain myself when I have absolutely no clue what is going on. It is a conflicting age as no one really understands anything, but we all need the positive confirmation after making a decision that is supposed to determine the life we are about to live. But aren’t we already living the life we so carefully want to just plan and push further and further into the future? Figure out what you want to do, secure a job, not forget to do your laundry, buy scented candles and watch documentaries about factories, and TED talks about self-development. Is this the chilling picture everyone sees when they are finally becoming a so-called adult? What are the circumstances that make everyone around me say: wow, turning 20…well done? Yes, the scale definitely shows 1 cm more, but do we ever really grow up if we still play games, are pissed when someone takes what’s ours, and hide behind masks because of peer pressure? And why would it be wrong if one never became an adult, but stayed the weird composition of a pigtailed, but awfully honest 9- year-old and an elderly lady who enjoys life as if she had nothing to lose?

As it turns out, it’s not the end of the world if I forget the one thing I went to IKEA for, yes it was the pretty curtain I've had my eyes on for weeks, or if I keep arriving in soaking wet clothes to meetings because I just cannot remember to bring an umbrella. I’m not a failure if I misjudge someone, or get angry, sad, upset, or feel vulnerable and helpless. Wow, had I been told this before I turned 20...Or maybe someone did enlighten me, I just couldn’t concentrate because my lollipop had just landed on the wrong side of my colorful boots.

In conclusion, this rambling pretty much sums up what it means to exist in your 20s; constantly experiencing the notes you have been taking to prepare for the otherwise chaotic, rhythmic improvisation of life. Enjoy the chaos.