Hans Heesterbeek (59) is professor of theoretical epidemiology at Utrecht University. He recently started a large-scale study on monitoring the corona epidemic. How should we trace the disease? What’s the role of super-spreading? What are the warning signs? With a diverse research team, he’s attempting to create a protocol for the future.

Hans Heesterbeek, in your research, you use maths to calculate the spread of the coronavirus. How does that work?
“My research is about understanding the dynamics of infectious diseases. How does the virus spread throughout populations? And how can you use maths to see how it’s curbed, and where hotspots pop up? I work with models, both existing and my own, but I also develop new mathematical research methods.

In 1992, I wrote my dissertation about the number R. Do you know what that is? The reproduction figure for pathogens. If R is bigger than 1, it means the epidemic is growing. If it’s less than 1, it’s reducing. That’s what every country wants for the coronavirus now, of course. My dissertation, in which R was named R0, was the first time something showed how you could calculate R for complex models. In such models, differences between people or animals are taken into account as having influence on the spread, like age, sex, etcetera.”

So your dissertation has become incredibly relevant…
“Definitely, and that’s extraordinary. To see it play such a relevant role in society after thirty years. It had already been the standard within the discipline, but now even my neighbour knows what R is. If the reason hadn’t been so sad, it would’ve been funny.”

What can politics do with the results of your new study?
“We want to increase the effectiveness of tracking infections, and we want to know better how to anticipate and respond to a pandemic. If we know that, the government can adjust its policy. We understand a lot of how pathogens spread and behave, but there are still huge holes in the knowledge we have about pandemics like this. We’ve been warning for years that it could happen, but no one had predicted that it would have such a huge effect on society and the economy. Improved monitoring of the virus could be very valuable. Those are things you need to calculate. And policy-wise, the government has great use for that, but it’s also scientifically exciting.

“Moreover, I’m making plans for another large-scale study, which will hopefully start in January. It will be about creating an assessment framework for the future: to what extent can you let societal damage and the economy play roles in the measures a government takes? How can you prepare a better response for when another pandemic presents itself: what measures work best, and how can you soften the societal effects? I’m working on those questions, too.”

And which measure is the most effective up to now?
“That’s incredibly difficult to say, because it’s tricky to separate the impact of the measures. As a scientist, I’m very happy with the diverse approach of northern and southern Europe, and Brazil, and the USA. Some chose strict lockdowns, others chose to let things be. That provided data for comparative analysis. But everything you do to diminish person-to-person contact will reduce R. It does seem that some form of a lockdown is necessary to keep R below 1 for an extended period.”

In your research, you also make an international comparison. Which country do you think had the best approach?
“To be perfectly honest, you can’t say anything definitive about that right now. Worldwide, we haven’t even reached the peak of the pandemic. Each day bring forth more infections than ever before. A lot of factors play roles in fair comparisons, such as population density, location, culture, health care system. New Zealand, for instance, controlled the virus well. They’re in an isolated location, didn’t go skiing in Italy and didn’t celebrate carnival, and only had a small number of hotspots that they were able to trace well. Coincidence has an important role in the early and late phases. Germany was praised as a great example in the beginning, but by coincidence, its outbreak started in a less-vulnerable age group, and therefore didn’t have a high fatality rate at first.”

To continue about Germany: parts of the country are once again in lockdown as a result of the infections in slaughterhouses. That was unexpected. Could a tightening-up of the lockdown happen in the Netherlands, too?
“Yes. Superspreading can happen anywhere, and with this virus, it’s a real danger. You can see how only a small spark is needed to infect everyone and create a new hotspot. But how and when can’t be predicted. The only thing you’re sure of is that the chance will increase when you get together in larger groups again. The virus likes that.” 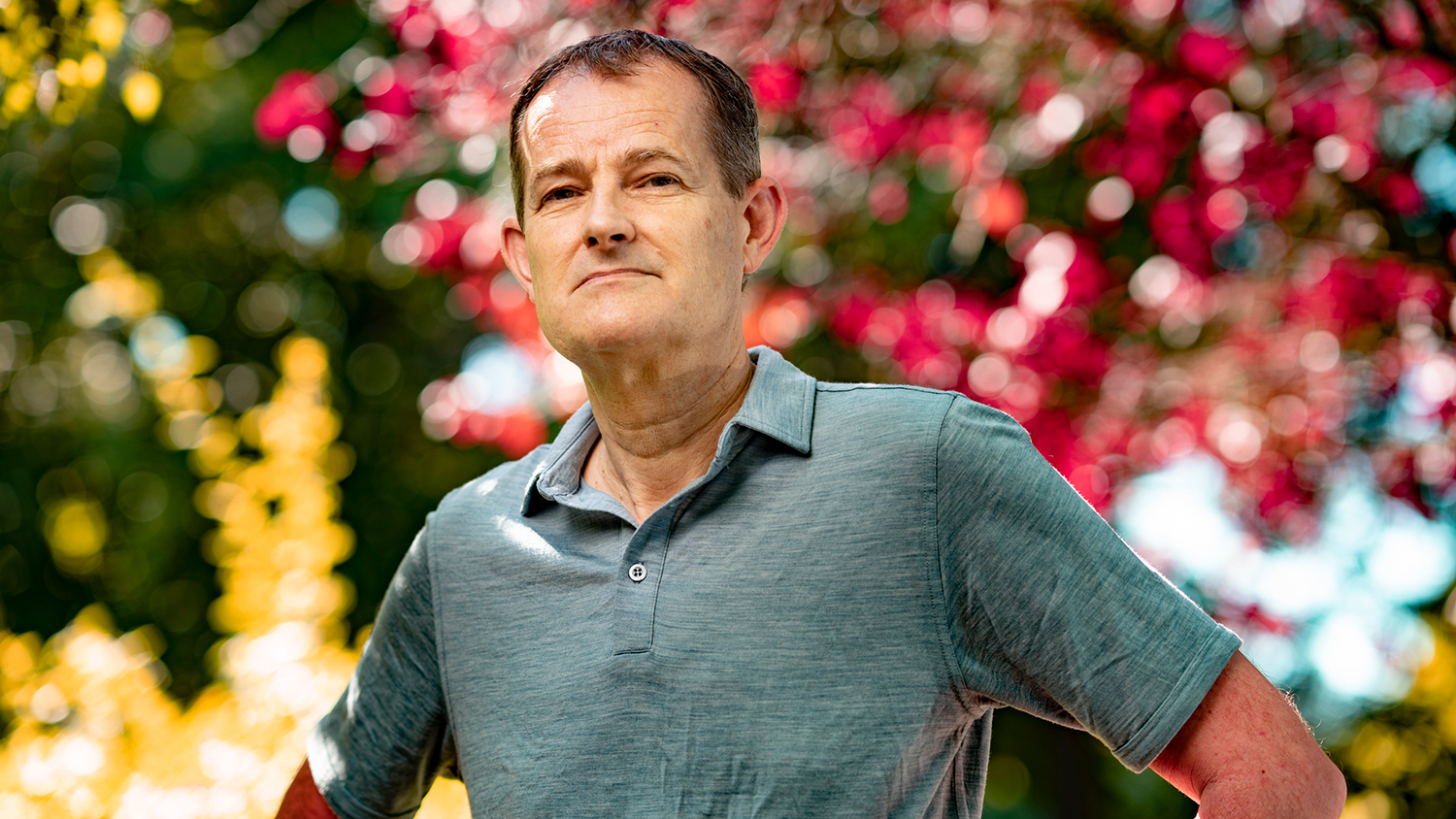 What about this summer? Should we want to travel around Europe?
“The more we travel, the higher the chance is of new infections, because more people will meet each other. But I can’t say: if you go to country X you have this much change of getting infected. You can travel, sure. If also depends on how well you take responsibility for yourself. You need to know that you’re not just doing it for yourself, that social distancing, but especially for your fellow humans. If we relax too much, there will definitely be a second wave, except no one knows what ‘too much’ is. Six months ago, we couldn’t imagine a pandemic. Let’s not pretend there won’t be a second wave of the virus.”

And he planes? Would you fly now?
“I’m not getting on a plane now, no. But I’d already been trying to fly very little. As far as I know they’re filtered well, with HEPA filters, and so it doesn’t circulate the same air. HEPA filters remove a lot of particles from the air. Arjen Stegeman and I wanted to have one of these filters at Veterinary Medicine once, but it would’ve cost tons of money. Half the building would have had to be demolished.

“But when you fly, there’s a lot of other contacts that could post a risk – at the airport, for example, those filters won’t help you there. Even if you won’t be easily infected on the plane itself, you do increase the chance of infection elsewhere. With this constant flying everywhere, we’ve created a perfect system in which something potentially dangerous can spread across the world incredibly fast. The pandemic is still present everywhere in the world, and the chance travellers will take it back to the Netherlands with them increases when you start flying more.”

Why is flying allowed again, but a building which only uses air that comes directly from outside, isn’t allowed to open fully yet?
“There’s no real answer to that. The filters do play a role, but perhaps the economic side of things does, too. I don’t think flying is sensible now, but mostly because of the chance of bringing infections back to us. Look at New Zealand and China.

“It’s difficult for the government to make these kinds of decisions, because so little is known about the virus. For instance whether the virus spreads through small drops called aerosols. Those are the drops in the air that make you smell it when someone on the other side of the restaurant is smoking. We already know a hell of a lot about the virus, considering it’s only been around for six months. But there are also so many elementary things we don’t know yet, that we need more time for.

“Scientists’ expertise is falling short. We don’t actually know how to handle pandemics in these times. There are difficult questions that apply, that we can’t answer. But in the future, you can expect more viruses jumping from animals to humans and causing a pandemic, and so we’re trying to be more prepared. Plenty to do, plenty to do.”

About this summer: will you be going on holiday?
He laughs. “Yes. In September, we’re going to Tuscany for two weeks. Acquaintances of mine have a house there that we rent regularly. But we’re going by car, not by plane.”

Is professor of theoretical epidemiology
Established a scientific journal called Epidemics
Organises biannual conferences, also called Epidemics
Received 500,000 euros in grants for this study
Has been speaking with journalists daily since March, and is seen as near-famous in his allotment
Is married and has three children aged 21, 24, and 27, all three of whom study or studied in Utrecht
Lives in Den Bosch 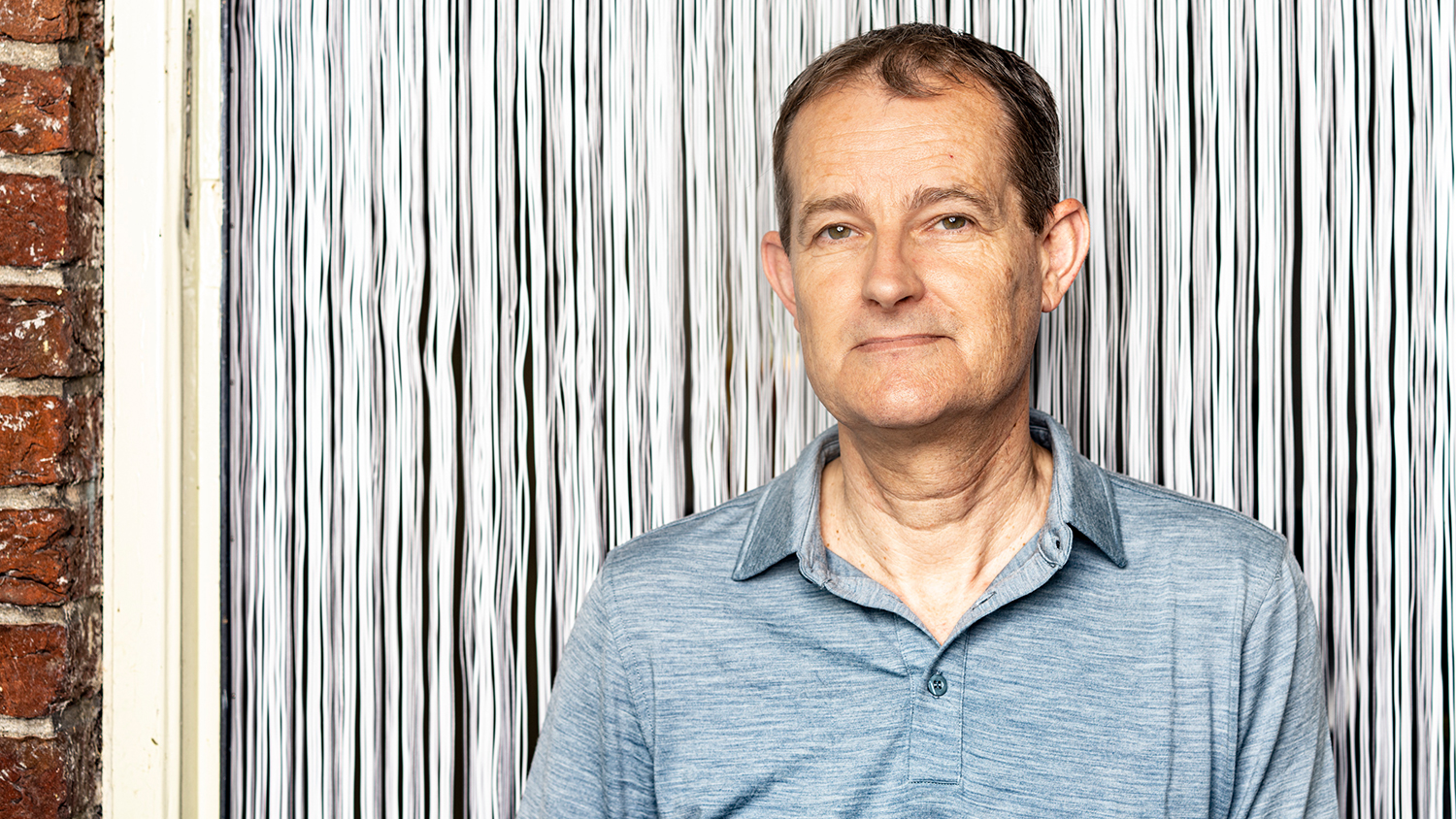