Liesbeth Woertman is still that girl from Sterrenwijk, full of wonder

Professor of Psychology Liesbeth Woertman has taken emeritus status. An interview about beauty, aging, her roots in the Utrecht’s working-class neighbourhoods, and of course, education.

Oh, the irony. Liesbeth Woertman (64) was interviewed by a magazine for women over the age of 50 about her book, You’re Already Beautiful. Core of the interview: beauty isn’t about perfection, it’s about liveliness. When the magazine was delivered to her home in Wijk bij Duurstede and the professor opened it, she nearly had a heart attack. Her face was photoshopped to a completely wrinkle-free image. “I looked like a thirty-year-old. I hated it! If they’d just used lighting to make me look my best, then fine. But this looked horrible.”

Others imposing a beauty ideal on you – if only it had just been an incident. Woertman reflects on an anti-wrinkle cream commercial. “A man tries to take a photo of his wife on the grass. He zooms in, while the music in the background becomes more and more sombre. Turns out: his wife has wrinkles! The woman goes home and, filled with shame, puts some cream all over herself. Two weeks later: same scene. The man zooms in, sees no more wrinkles, throws the camera away, runs at his wife and hugs her. I think it’s the most offensive commercial there is.

It’s about looking with your heart’s eye

“Thankfully, reality is different. We think the people we love are beautiful. It’s about looking with your heart’s eye. You think someone is beautiful, but not because that person is perfect. As a scientist, I tried to study this: when do we experience beauty?

“It matters, for instance, to whom you compare yourself. If I were to compare my looks to those of my students, I’d spend all day crying under my desk. But if you just compare yourself with regular men of your age, instead of with blown-up, steroid-addicted weirdos, us Dutchies are fairly satisfied with our looks. I try to give a little beauty back to life again. To fun, passion, transience. A vase of tulips of which the leaves are falling off can be gorgeous, too.”

Who among you thinks I’m a boy? 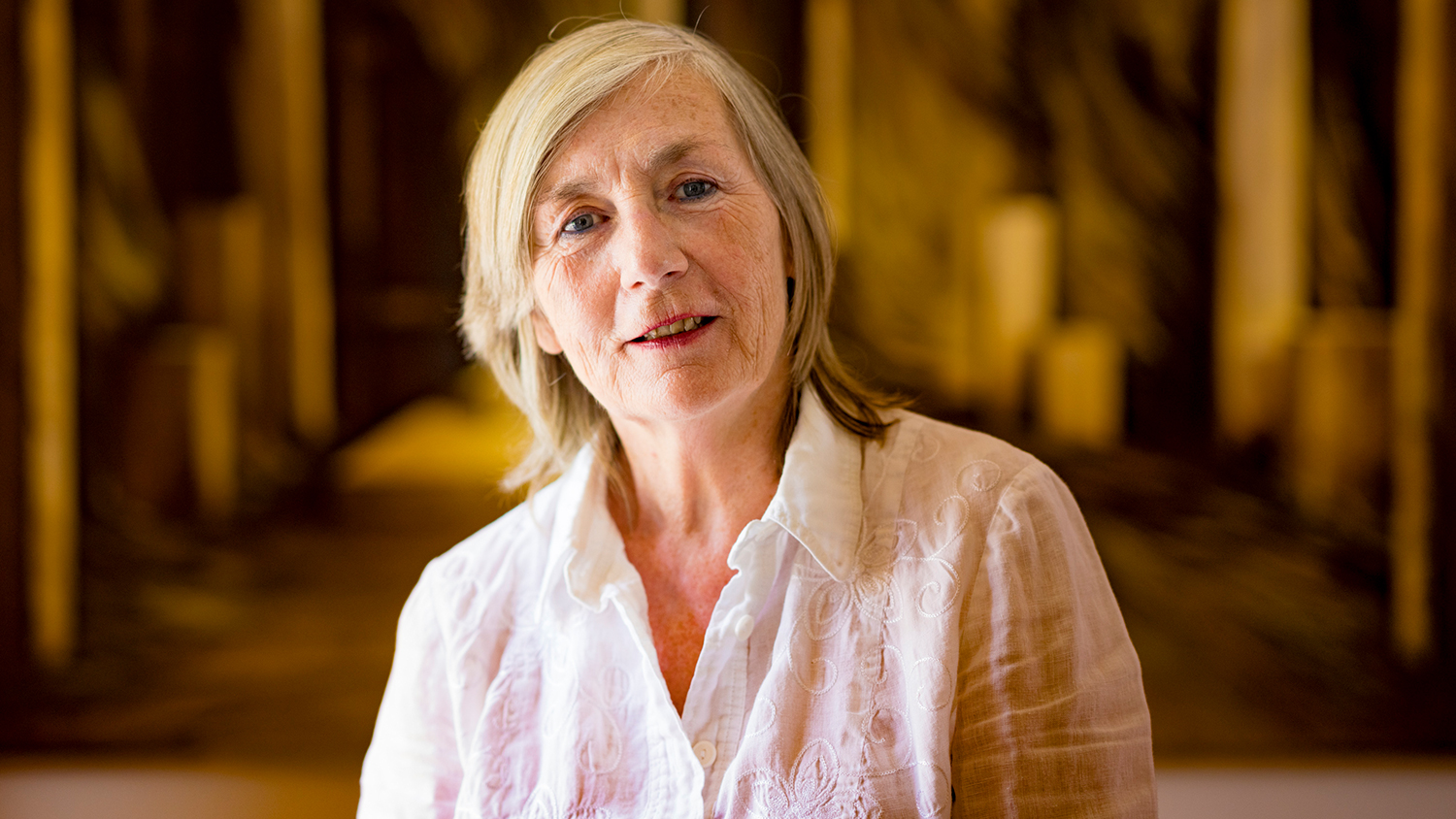 Woertman doesn’t think very long before she says things. They’re remnants of a youth spent in Sterrenwijk and Oudwijk, both working-class neighbourhoods in Utrecht. Colleagues and managers at Utrecht University, where she worked for 32 years, sometimes had to get used to that directness. Students didn’t. Many young people with issues knew where to find her, saw her as a counsellor. When she was young, she was already the kind of person who stood up for children who had issues. “Reneetje was his name. A less gifted boy. I took him to school every day. Once, a boy started pushing him. I jumped in between immediately, got so angry. ‘Coward! Loser!’ I was shaking like a leaf, but the boy stopped.” Since then, young people have sensed that Liesbeth can take them under her wing. Everyone loved her style. She was named teacher of the year multiple times – of her study programme, and once, of the entire university.

“I did my best to understand what level of knowledge my students were at. That’s why I never created a lesson by myself. Even if I’d prepared slides, I wouldn’t get any further than the first one. Instantly, a conversation would start, even in a lecture hall with five hundred students. I’d be teaching gender identity development and asked: ‘Who among you thinks I’m a boy?’ ‘Huh, no one? How odd, because I am wearing trousers.’ That’s how I’d build it. I’d say: ‘What if one of my male colleagues wore eyeliner underneath his eyes. He comes in and teaches this class. What would you think?’ Some would say: ‘Yeah, I guess he’s gay.’ I’d say: ‘That’s curious, so you don’t think, when I arrive wearing trousers: that’s a transvestite?’ We’d continue like that endlessly. I wanted to make people aware of their own ideas about what makes a woman or a man. And that everyone is constantly discriminating all day long. That word just means making distinctions. We do that constantly.”

With each degree, I thought: would I be able to do the next one?

She thinks she understands black people. “When you’re working class, you feel that you’re not completely appreciated the same way middle class or upper class people are. As a girl, I quickly caught on to what was real and what was fake. I thought it was curious that people who had the most money were allowed to sit at the front of the church. All too often, they weren’t the nicest people. They were rather condescending.”

Subconsciously, she outgrew her environment, although she’d never forget her roots. She read a lot, thought about everything. A pregnancy at a young age did not form an obstacle to her development. After the ‘moedermavo’ – evening secondary school classes specifically geared towards mothers, at the lowers level of secondary school (mavo), she moved on to the havo. “If you look at my CV, you’d think: that woman is highly ambitious. With each degree, I’d think: would I be able to do the next one? I was more or less waiting for something to stop me at some point. That I wouldn’t be capable of doing something. Every time, I’d get this strange desire to explore the new worlds that had opened up.”

It took her to university. “I only knew these blue-collar jobs, where people had to work themselves sweaty for their money. Here, I could sit on my lazy arse and read beautiful texts. Just dive into the history of something completely. I thought it was amazing that this existed.” Next to her job as a teacher, she obtained her PhD, and became professor and educational director. “That professorship. Had never thought about it. I felt a child-like joy to grab my toga and hat from a kind of dress-up chest and put them on.”

She kept surprising herself this way. She’d meant to say goodbye to the university as educational director. Until she fell ill in 2017. Cancer. “I’ve never felt as vulnerable as I have during my illness. Everything was out of my hands. Statistically speaking, I had a good chance of survival, but I felt so incredibly sick. Couldn’t do anything. That was so confronting. I don’t necessarily have to become all that old, but I do want to age with dignity. I want to be able to keep learning. That’s why every year, I do something I’ve never done before. Because I don’t know what else I’m capable of.”

She recovered. These past years, she was a counsellor of scientific integrity, president of an exam committee, and coach for junior teachers. She’d have preferred taking up her previous work again: working on smaller-scale education. “Throughout the years, the UU became a little less like my university. Young people especially were in charge of education, the concept of publishing and researching so much has gone too far, and internationalisation is extreme, too. I’m of the generation who want to get to know their students. Through this distant way of taking exams, with more multiple-choice questions, we’ve started to create consumers instead of future professionals who want to understand their discipline. I’ve been able to change some things, but faced resistance, too.

“The reform of the first year of psychology was successful. We linked the tutors and mentors to work groups, so teachers would be closer, and students would feel more at home. I’d have loved to see the status difference between university of applied sciences and university disappear. Psychology has become far too academic, and is almost completely separated from health care. Now, we’re supplying graduates who’ve barely ever seen a client or a patient. They’ll only learn the job after graduating. Isn’t that crazy?” 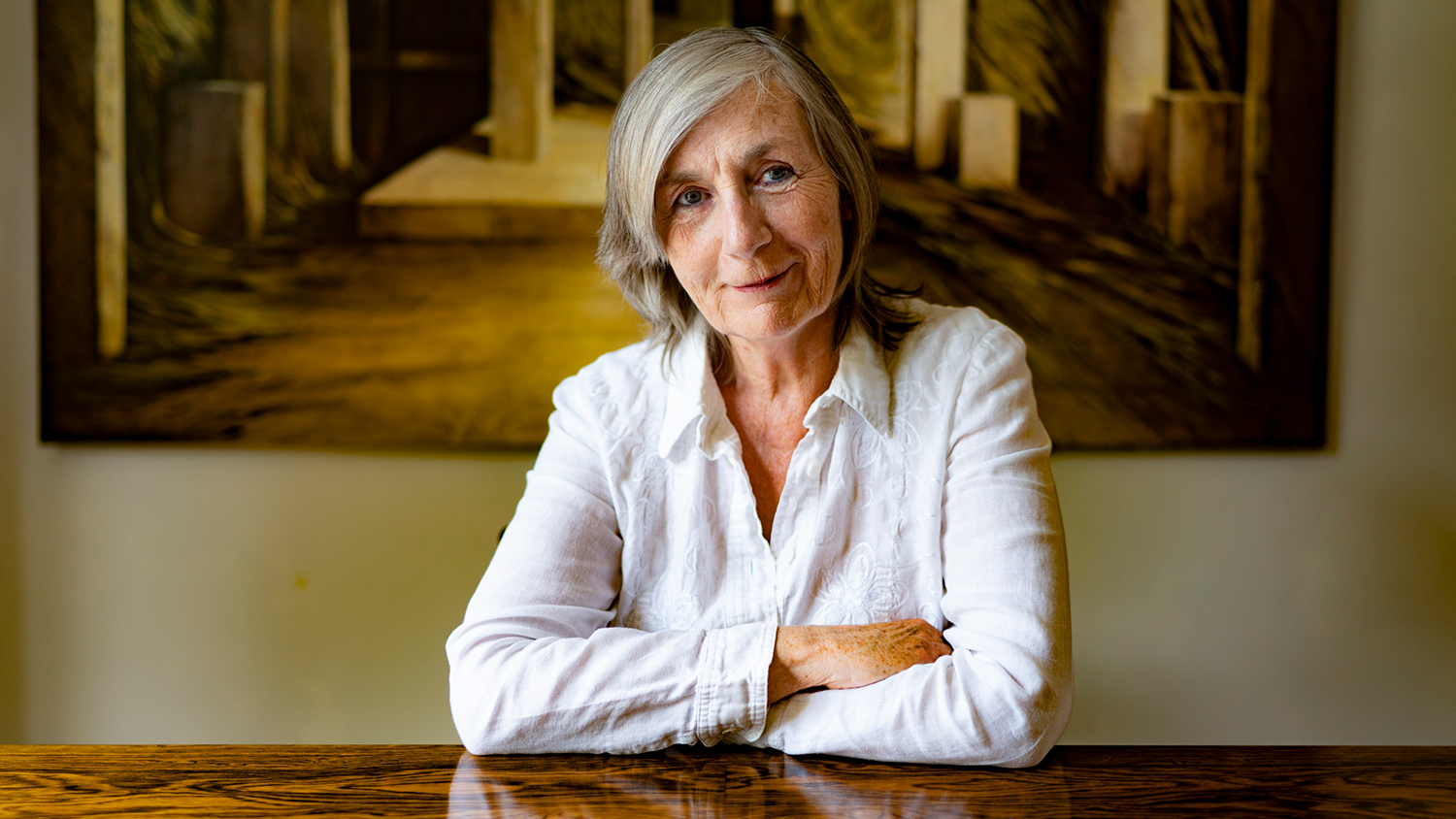 Becoming director was no longer an option. She never regained the sharpness of mind from before her illness. Woertman is full of praise for her employer’s approach, thinking along with her and not just removing her. Now, she’s taken emeritus status, but because of corona, she’ll have to wait for an official farewell. She’s working on a book on old age, with the working title of The Most Beautiful For Last.

“We do everything in our power not to look old. So many people dye their hair. Out culture has a very negative image of the elderly. During the corona crisis, people have been using terms like ‘dry wood’ and ‘worn out’. But we’re all getting older with each other. My book is about acceptation of aging, about how beautiful deterioration can be. And how people can live together.

“I think it’s amazing that Jan Terlouw is calling for young people to create a manifest for a better world together. We should value life experience. Why aren’t we living more intergenerational lives? I’m happy to say I have friends from all age groups. Two of my best friends are in their thirties.”

I’ll be there in full regalia

Her new phase of life has no roadmap. “That’s scary. For the first time in my life, my perspective has changed. The future has become shorter, and I don’t have a lot I need to do. I have a tendency towards melancholy, gloominess. So I create structure, without getting ahead of myself.”

The book provides focus. And her farewell address isn’t going anywhere. “I’m going to call for education to be open to people who aren’t from academic environments. People who haven’t made it yet, can still bloom. A person has many faces, it just depends on which one’s spoken to.” During that official farewell, the girl from Sterrenwijk will be full of wonder again. “I’m definitely going to be there in full regalia. And it has to be held in a beautiful room, not in some lame corner office.”