Can researchers, scientists and academics still say whatever they want? Academic freedom has come increasingly under fire, and the threat doesn&#39;t just come from radical tweets, according to philosopher Peter-Paul Verbeek. “You always have to be open to better ideas”

‘You’re not allowed to say anything anymore’ is the cry of right-wing critics, for whom universities are hotbeds of left-wing activists trying to silence anyone who doesn’t sing along in the ’woke’ choir on issues like climate change, open borders, equal opportunities, and racism.

Others, meanwhile, are warning against the intimidation tactics deployed by the extreme right: from anonymous hate campaigns on social media to downright threats. Some sicentists, for example, have been surprised with threatening stickers stuck to their front doors. There are also those criticising neoliberal and colonialist ideologies.

This calls for close analysis, according to University of Twente’s philosopher Peter-Paul Verbeek, who has recently been appointed as chair of the Committee on Academic Freedom and Research Practice at the Royal Netherlands Academy of Arts and Sciences (KNAW).

This committee was founded to support threatened or imprisoned scientists and academics outside the country. The KNAW sends letters to foreign government leaders about academics and researchers who are being oppressed. But academic freedom is also increasingly under pressure inside the Netherlands.

Academic freedom means that people are free to teach and carry out their research without any form of censorship. “Of course their work must be subjected to intense scrutiny and criticism”, Verbeek says. “Criticism is an important part of scientific method.”

Freedom seems to be under fire from both right and left at the moment. Crudely put: right versus woke. ‘You’re not allowed to say anything anymore’ versus ‘Words hurt’.
“At first glance, this is a wonderfully interesting place to start a debate, isn’t it? Recently, there has been more and more criticism of an implicit bias in culture and education. I think it’s regrettable if we call that ’woke’, because then the discussion is over. Vice-versa, it obviously doesn’t help if you get hysterical about telling everyone that they have to be more careful about choosing their words.”

Are university lecturers now supposed to be minutely weighing every word they utter?
“I don’t think things have gotten that far, it looks to me more like a rhetorical strategy to be crying out ‘You can’t say anything anymore’. It’s a way to attract attention. But we have to remain alert: if academics start censuring themselves, that’s also a threat to academic freedom. The same holds, by the way, if governments intervene in the way in which people carry out their research. When dealing with such issues, the answer always lies in scientific method, which ought to give you enough space to do your research even if others disagree with it.”

Do you think that’s a strong enough answer when researchers are being out-and-out intimidated and threatened?
“We have to confront intimidation and threats directed at academics. When the limit of the acceptable has been breached, we have to close ranks, advise those who have been targeted and help them report such incidents to the police. But that is actually a legal issue that doesn’t really have much to do with academic or scientific research.”

When does it have something to do with academic or scientific research?
“Scientific method demands that you maintain an open mind and assent to better ideas. But we need to have a critical debate to get there, as well as giving people space to make their own choices. The KNAW has been warning, for example, that too much government funding goes to financing projects, at the cost of free academic research.”

Has this brought us to a plea for more funding?
“It may be annoying, because I might sound like a spoiled child asking for more money to spend on himself, but the complaints of those in research fields are real, and the underfunding of research is a serious danger to academic freedom. There is less and less time and financial scope to develop a contrarian idea. Or consider the disappearance of smaller academic fields, which means that you can’t get funding to do research in those areas any more. A civilised country can’t exist without academic freedom, nor can it exist without the arts.”

The budget for the arts is also pretty low.
“And that’s disgraceful.”

Does this argument for academic freedom thus come down to ‘give me the money and leave me alone’?
“There’s nothing wrong in principle with placing conditions on grants, and the government is certainly allowed to fund ‘useful’ research. Take, for example, the Dutch Research Agenda which lists the most important societal challenges and invites researchers to contribute to these areas. The KNAW completely supports this. But there should also always be space left for free and unfettered research.”

Do you think it’s easier to talk about academic freedom if you have a permanent appointment? It’s harder to adopt a deviating standpoint if you’re on a temporary contract.
“Temporary contracts are a huge problem in academe. Some dynamism in academe was inevitable, but that has now gone too far. And in some subjects, lecturers have too many teaching assignments. Sometimes they only have a day or a half-day for research during their work week. That’s not right. We have to maintain an indissoluble link between teaching and research.”

Your committee is probably facing more difficult issues. How is it possible, for example, to collaborate with a country such as China, that has a poor record of allowing academic freedom, as many universities do?
“You have to avoid lumping everything together. When collaborating with Chinese scholars you obviously need to keep an eye on academic freedom: in which contexts will your research be used and how much space will be given to free research? But at the same time there might be an opportunity for an interesting intercultural dialogue.”

How would you conduct an interesting intercultural dialogue with China on academic freedom?
“We’re also talking to each other within UNESCO [the UN body that promotes international cooperation in education, the sciences and culture; Verbeek is chair of the world commission on the Ethics of Scientific Knowledge and Technology within UNESCO; ed.]. It’s quite possible to analyse ethical issues together. In the West, ethics is mostly directed at the individual, while in the rest of the world there is more emphasis on the collective. When the whole world is sitting around the table, you get a much wider perspective on academic freedoms and responsibilities.”

Doesn’t this just lead to armchair intellectual discussions? Recently China has been quite vigorous in silencing its critics.
“It can sometimes lead to abstract discussions, that’s true. And China is a unique country. But intercultural dialogue remains science’s answer: we don’t have a choice, we have to work globally. By intercultural dialogue I don’t mean something like Iran and the Netherlands enter into talks and pronto, we end up somewhere in the middle. It’s not a political dialogue, rather it’s scientists discussing things as scientists.” 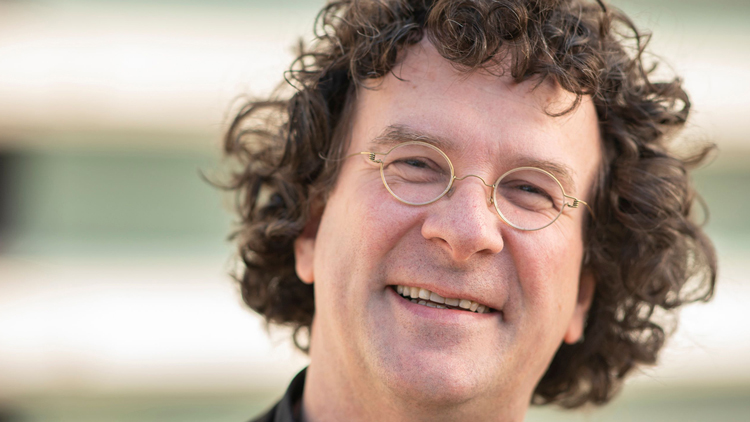 Back to this country. Our academic freedom sometimes suffers due to angry outsiders. Can science help us with this?
“Scientific researchers have to be aware of the societal implications of their work, just as a physician has to act according to the rules of medical ethics. Vice versa, society has to learn how to deal with scientific research.”

What does that mean?
“Some people find it difficult to understand scientific controversies. Often when researchers are taking steps in the direction of greater scientific truth, lay people think that they are contradicting each other. For example, although the scientific discussion about climate change continues, there is also a broad consensus about it. An understanding of scientific method should form part of training good citizens and social studies. Otherwise we get a democratic deficit, since policy decisions are based more and more on scientific facts. You don’t want to shut people out, therefore they have to be educated.”

So that’s what you will be scrutinising for KNAW?
“Among other things, such as academic research ordered by commercial companies or partnerships with private business. And what about the academic freedom of citizens who are carrying out research? What sources will they have access to, and what kind of protections will they be given? Society is becoming more science oriented and science is becoming more socially oriented; at that intersection between science and society is where we are finding new questions regarding academic freedom.”