Photos: screenshots from the video about the anniversary of Utrecht University

Utrecht wants to become a ’10-minute city’. No matter which neighbourhood you live in, you should be able to find all the health facilities that you need, quickly and easily. Roel Vermeulen, from the Institute for Risk Assessment Sciences (Iras), is studying which measures work best to achieve this goal. “We will measure health gains”, says the professor.

In depth
By Tim de Hullu on 04/16/2021 - 10:24
Read in Dutch
Professor of Environmental Epidemiology and Exposome Analysis, Roel Vermeulen, is at the centre of a video recorded for Utrecht University’s 385th anniversary (Dies Natalis), showing what he and his fellow researchers do for the city of Utrecht: measuring air quality with sensors on civilians’ bicycles; contributing to the new Cartesius neighbourhood (link in Dutch, ed.), where they aim to extend the age expectancy in five years; and measuring health indicators in the Overvecht neighbourhood.

At the heart of Vermeulen’s work is the exposome, a word that means all outside factors influencing a person's health. “We already know a lot about the genetic causes of chronic illnesses such as cancer, cardiovascular diseases, and neurodegenerative issues like ALS and Parkinson’s. Scientists are able to identify all those genetic causes, but we know that, for most diseases, lifestyle and environment are just as important, if not more important: around 70 percent of chronic illnesses are influenced by environmental factors, such as not getting enough exercise, having an unhealthy diet, air and noise pollution. I can’t measure all those factors simultaneously, so we’re looking at how to identify them as much as possible, by using several techniques and data files”, he explains.

You started your contribution to the University's anniversary by stating that the coronavirus pandemic is a wake-up call. “The epidemic makes it clear to what extent our environment can influence our health”, you said. Do you think people see Covid as a wake-up call?
“I think so. We already knew the risks of globalisation and the tension between human activity and nature. We already knew that the loss of biodiversity can bring about serious consequences. Now, that’s been made explicit in an extreme way. Perhaps it’s not a wake-up call for everyone, but it does indicate that the issue is here and now. Moreover, because of the lockdown, we’re suddenly experiencing how important our environments are. Which social structures are there? How easy is it to go outside? To exercise? To access basic facilities? This is a moment to reflect on the importance of our direct environment.

"The city of Utrecht is doing this by designing new neighbourhoods, such as the Cartesius area. By 2028, this neighbourhood should have 2,000 homes. Future residents should be able to live five years longer than average, in good health, as the neighbourhood will have plenty of green areas,  lots of places for people to meet up, and healthy food nearby, not to mention there will be a good bicycle infrastructure, and the entire area will be car-free.

You contribute with a Living Lab. What is it that you do, exactly?
“First, we try to calculate the effects of all the plans. Based on scientific knowledge, what can we reasonably expect in terms of effects on public health? For many of these factors, there aren’t any methods yet, so we develop them ourselves. Then, when people move into the neighbourhood, we’ll measure their behaviour. Will they actually travel more by bike? Will they buy the healthy food available in their neighbourhood, or will we still see a lot of food delivery guys stopping by? In the end, we want to be able to check, in a few years time, whether our calculations were correct. What health gains were made in the Cartesius neighbourhood? The idea is that Utrecht and other cities will then be able to use that knowledge in future urban development.” 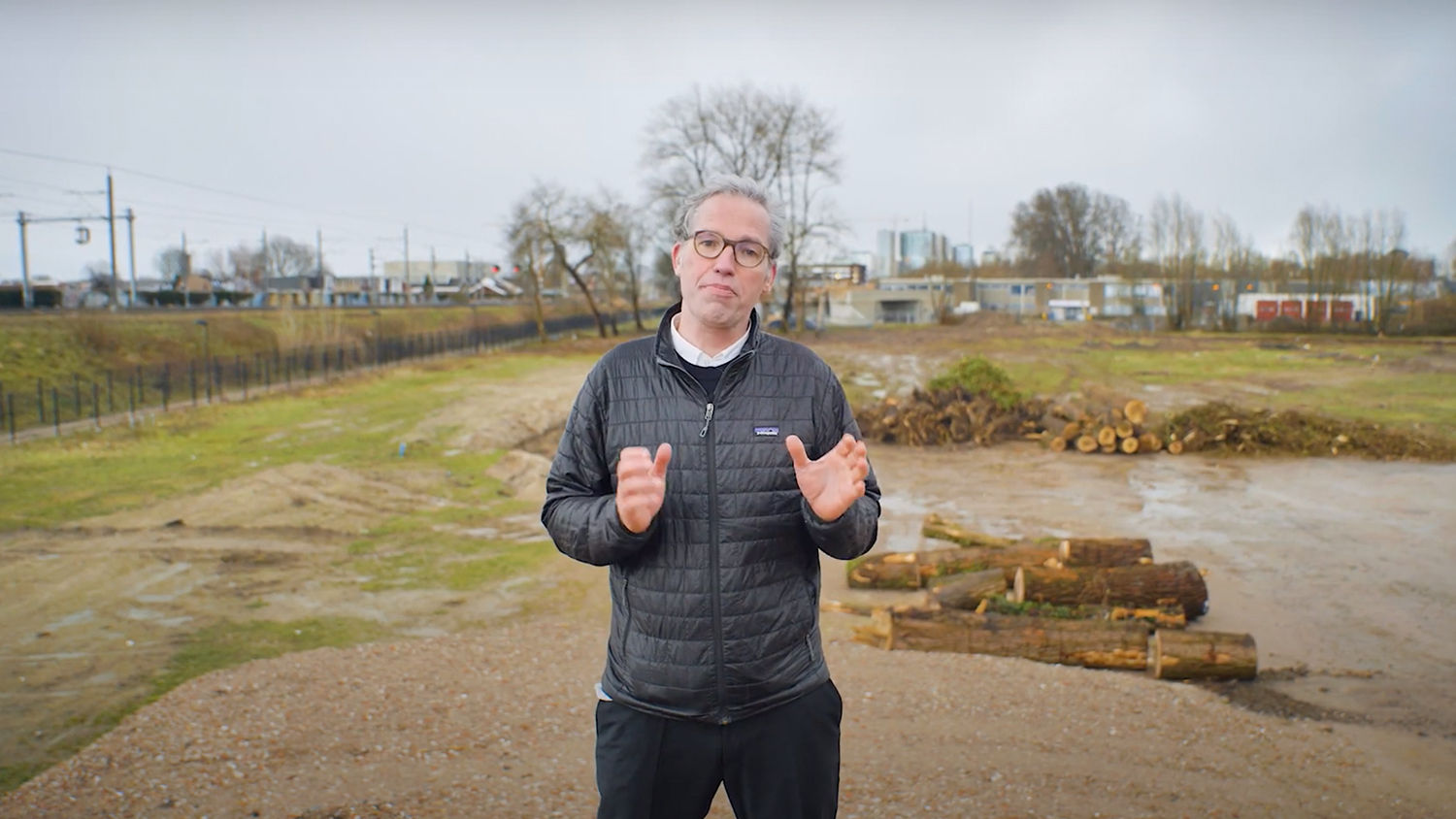 You’ve been involved with the Cartesius project since the very beginning. But there are plenty of situations you will not be involved with until much later, such as studying the consequences of having shared electric cars for the entire neighbourhood. Particles are released when braking, which cause air pollution. Shouldn’t you be involved earlier, while such innovations are still being discussed?
“That’s what you’d call Safe-by-design. I’m trying to do that more and more. Health considerations should be taken into account in the development phase. But I can’t be involved in everything, and you can’t think of all possible effects beforehand. Unexpected things happen. But yes, I do agree with you.”

Take the Overvecht neighbourhood, for example. The average life expectancy in good health is around 60 years there, compared to 72 in the nearby Tuindorp neighbourhood. The differences correlate with income inequality. How can you help there?
“There are a lot of ongoing projects to improve liveability in Overvecht. We have a presence there, measuring the health gains of projects such as the renovation of a high-rise building, which takes on issues related to what happens both inside and outside the home. A lot of other parties and researchers are active in that neighboughood, because the issues there are diverse. A lot of Overvecht's residents are in debt, for example. We’re looking at what effects integral approaches like that have on health.”

What’s the end goal of your Overvecht projects?
“The first goal: to know what the results of certain interventions are. What effect does it have on residents if you make the area greener? What works and what doesn’t? The second goal: to collaborate with other parties the best we can, and learn from it. We’ve started a language conference in Overvecht. That sounds fancy, but it’s really simple. What meaning do words have for people? Scientists, developers and civilians have their own language. It was good to realise that not everyone has the same way of thinking, an insight that is extremely important for collaborations and research.”

How is Utrecht doing, with regards to the exposome?
“Utrecht is a very liveable city. It has great scores in recent analyses, like the Broad Welfare Indicator. A lot of good things are happening in Utrecht, such as the improvement of the bicycle infrastructure. But there are issues too: with all the motorways around the city, the air quality remains a problem. Steps are being taken in that regard, though: the city centre has fewer and fewer cars, old diesel cars have been banned from the city centre, and new neighbourhoods are practically car-free. In sum, good initiatives are taking place, but we’re not quite there yet.” 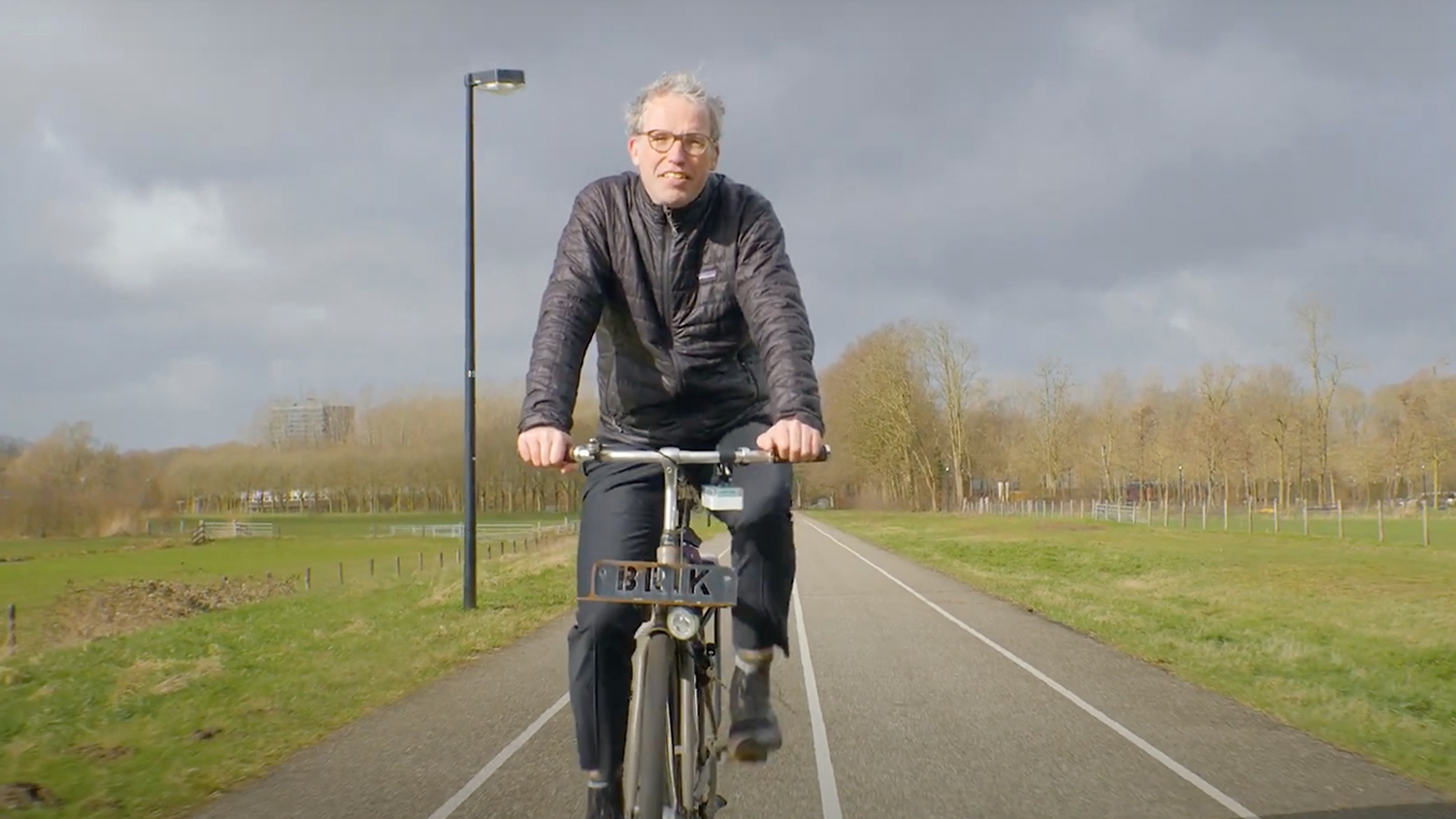 And then there are the health differences between neighbourhoods …
“That’s why we have to see whether the city’s developments benefit everyone, or whether perhaps we’re just increasing these health differences. For instance, it’s important for programmes to encourage exercise, and make sure that new facilities in the city aren’t just there for privileged residents, but also for those living in areas that fall behind compared to the others. When it comes to developing new areas, like the Merwedekanaaalzone (link in Dutch, ed.), Utrecht is opting for mixed residential areas, in which there's a better mix of affordable housing and homes for sale than most neighbourhoods have.”

What motivates you to do this type of research?
“First of all, I have a great interest in biology. I had a park behind my house growing up, where I spent a lot of my time. I was interested in plants and animals and how nature works. Growing plants and transferring them, studying tadpoles, that sort of thing. I’m a product of the acid rain generation: I decided to study environmental hygiene to tackle environmental issues. Along the way, I found out that I could combine this interest with human health, which is why I specialised on epidemiology. My intrinsic motivation to make the world a better place is still a key factor in my work.” 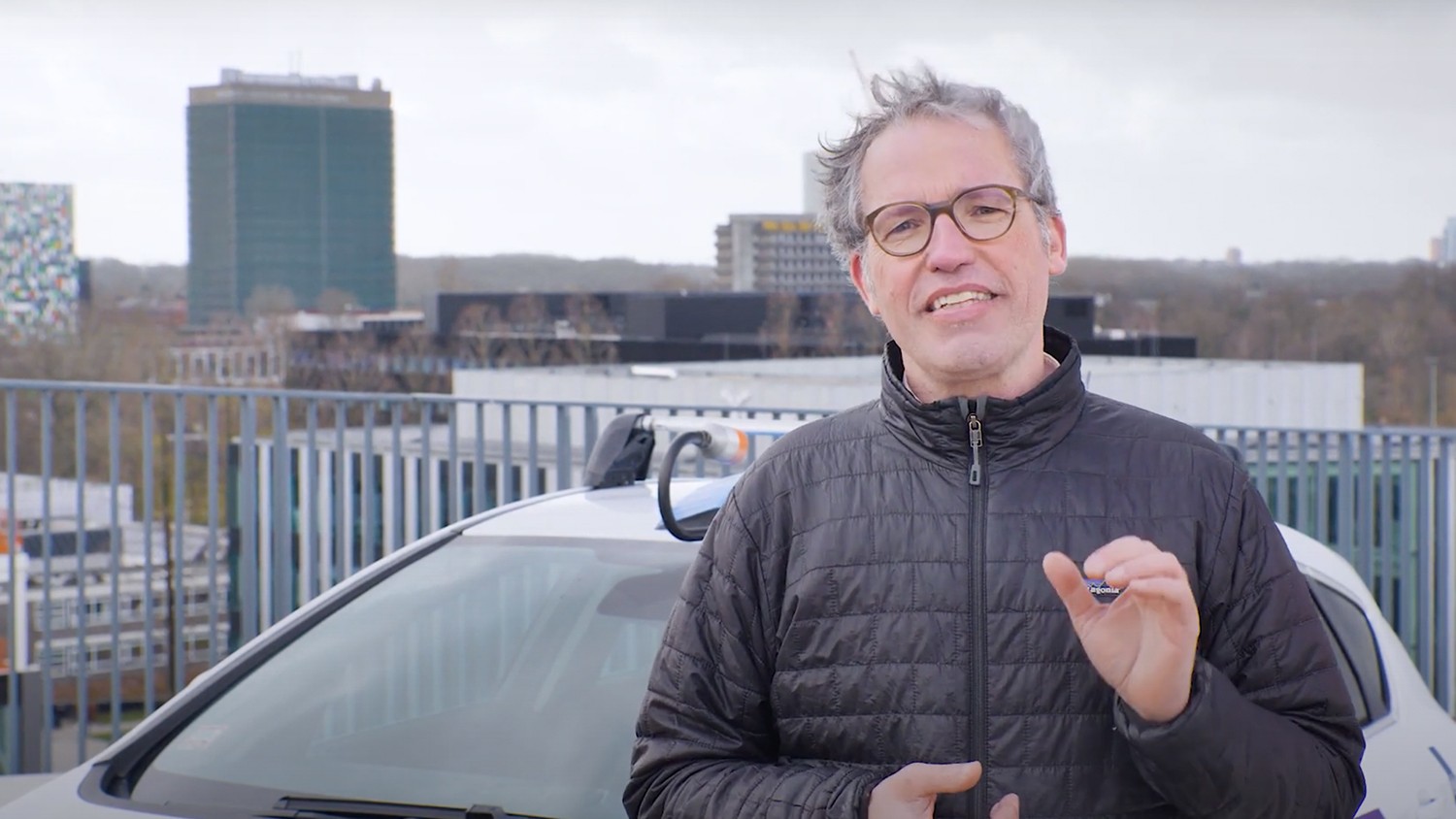 Are you succeeding in contributing to better environment and health?
“Definitely. My research on diesel emissions led to much stricter policies on diesel engines and emissions. The great thing about our current projects is that we’re doing it in collaboration with so many parties: municipalities, city planners, neighbourhood designers, and civilians. That means we’ve got influence in the broadest possible way.”

What’s your work's mission?
“I want to provide a meaningful contribution to the improvement of public health. Research can lead to great policy changes, but small steps are just as important. If people in the new Cartesius neighbourhood do end up cycling and eating healthy more often, and this has positive effects on their health, that will be incredibly valuable. Our projects must have impact. We’re not doing this to end up in a bookcase.”