Three scenarios for the future of the Van Unnik building

The tallest building in De Uithof, which has been the subject of discussion for years, will be repurposed. After years of indecisiveness, a decision will be made sometime in 2019 about what the future of the Van Unnik building will look like. Restaurant The Basket, located at the base of the building, will have to move out for a while during construction.

The iconic Willem C. van Unnik building was constructed between 1967 and 1969, and is therefore one of the oldest, and most centrally located, buildings in De Uithof. For the past years, there’ve been questions on what to do with the building, the current state of which can be described as ‘pretty much falling apart’. In 2009, then-rector magnificus Bert van der Zwaan stated it might be best to just drop a bomb beneath the building. Afterwards, there was talk of renovating the building and repurposing it as a student flat. Right now, due to sheer necessity, there are still a few classes being taught in the building, but most floors are empty, not in use.

Two decorated Christmas trees on both sides of the main entrance liven the place up a little bit, but as soon as you pass through the doors, the building seems sad and desolate. Stains on the glass, and layers of dust on the floors suggest cleaners haven’t been by in weeks, perhaps even months. You can still take the elevator up to the fifth floor: higher floors are off limits. If you take the stairs, you’ll be met with a large, wooden door, built right in the middle of the stairwell. Those taking the stairs are warned by means of posted pieces of paper about the upholstery of the staircases which have been coming loose (for weeks), and the threat of tripping that comes with it. 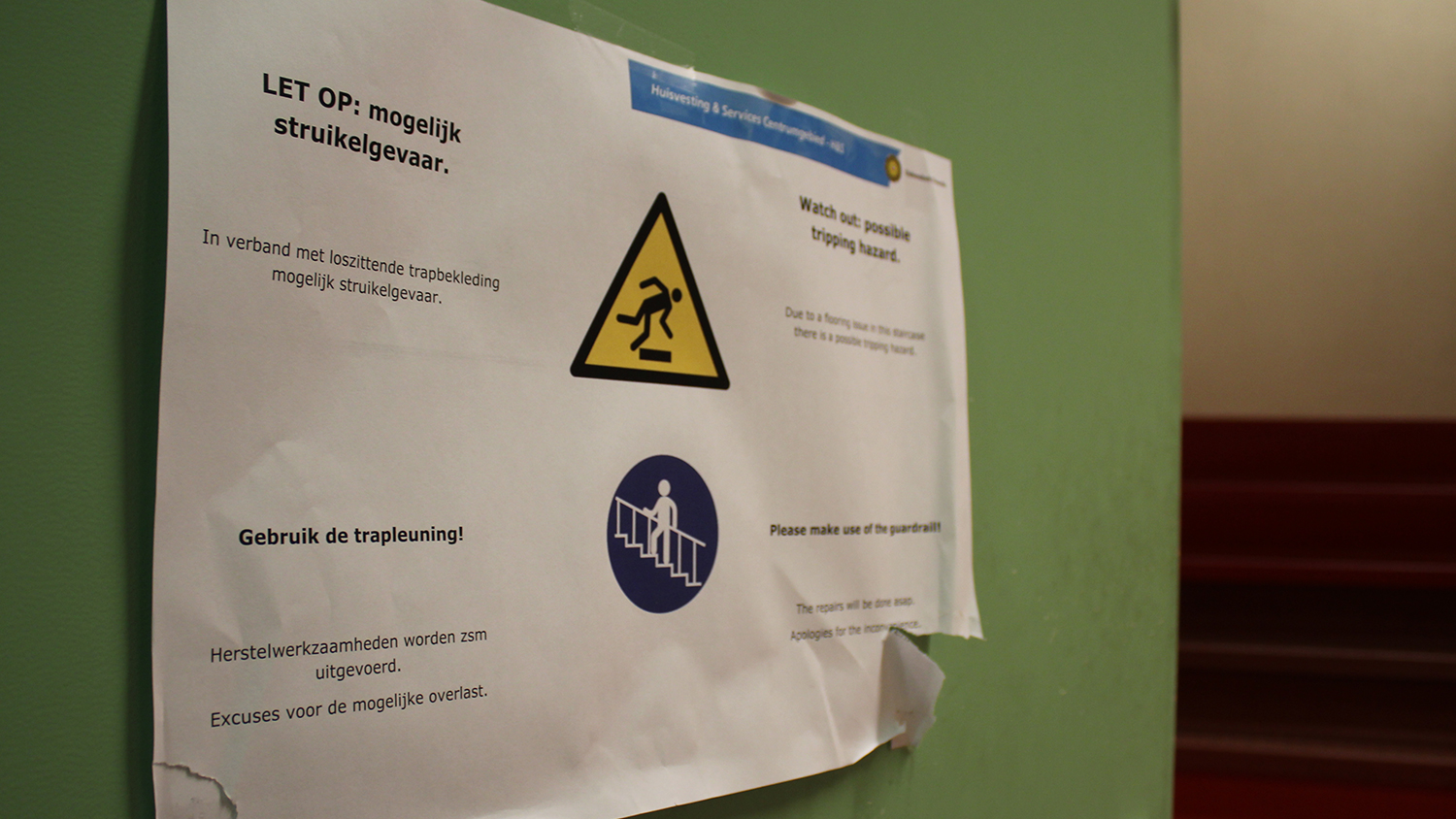 Walking through the abandoned halls and classrooms feels almost like urbex: the floor is filled with loose cables and piles of dirty dishes on colourful Utrecht University trays; people have chalked and written on doors and banisters; here and there, some furniture and taped-shut filing cabinets stand, seemingly misplaced; and on some doors, pieces of paper warn of the asbestos in the rooms behind them. The walls are still decorated with series of photos of students between 1998 and 2002, crinkled and yellowed, they hang crooked in their frames, falling down from the paper they were once glued to. It seems as though all hope for this building has been abandoned. 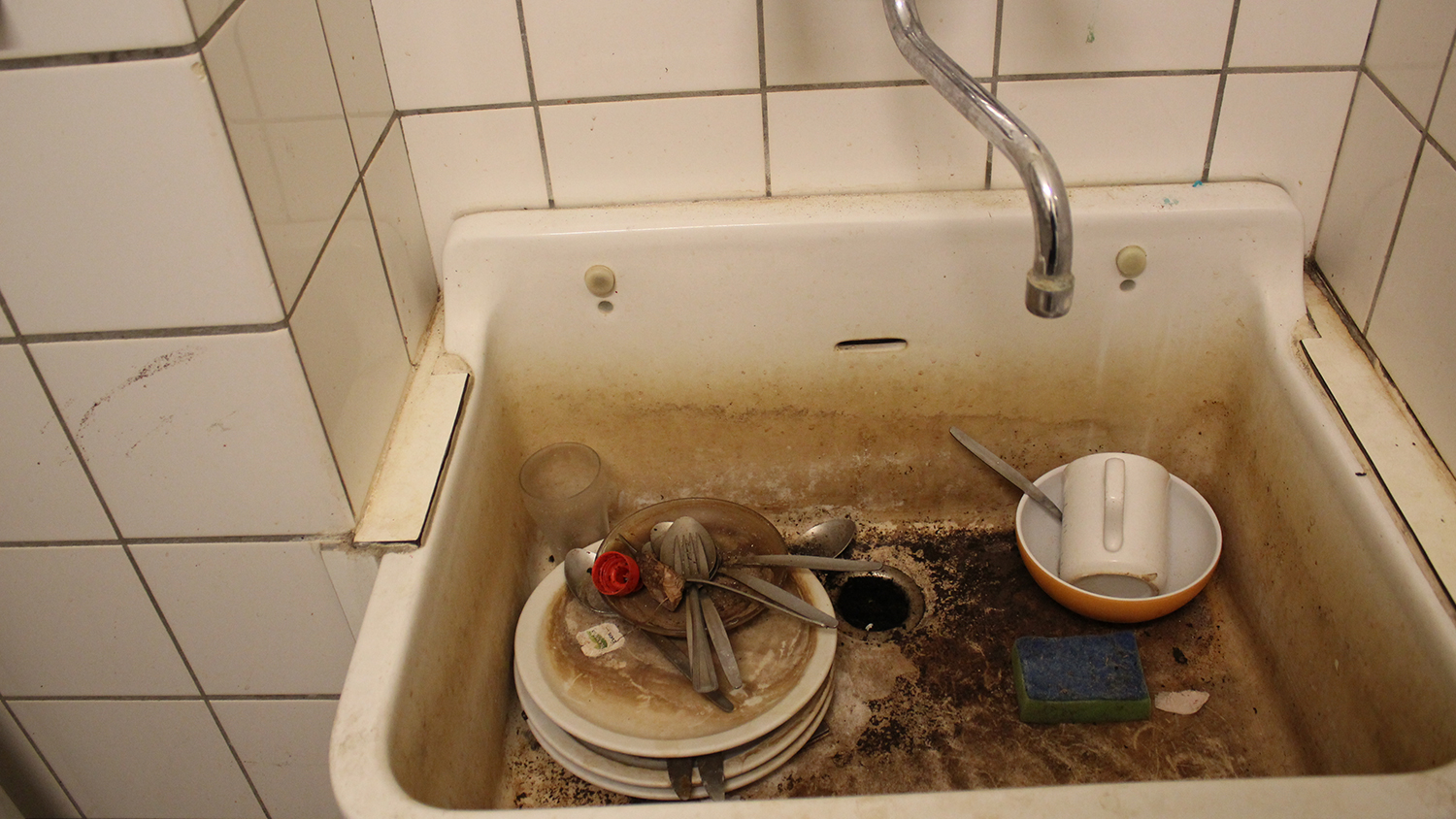 Three options
Because people have been wondering about the current state of affairs of the building, the craziest stories have circulated in the past few years. No, the ‘green condom’ around the building isn’t meant to be decorative. It’s there because the building’s degrade is serious. And yes, some protected species of birds used to live on the edge of the 22nd floor, which disrupted construction work, because they were not to be disturbed. But the peregrine falcons and their nest moved to the roof of the De Bisschoppen building last year, so that barrier’s been crossed, at least. 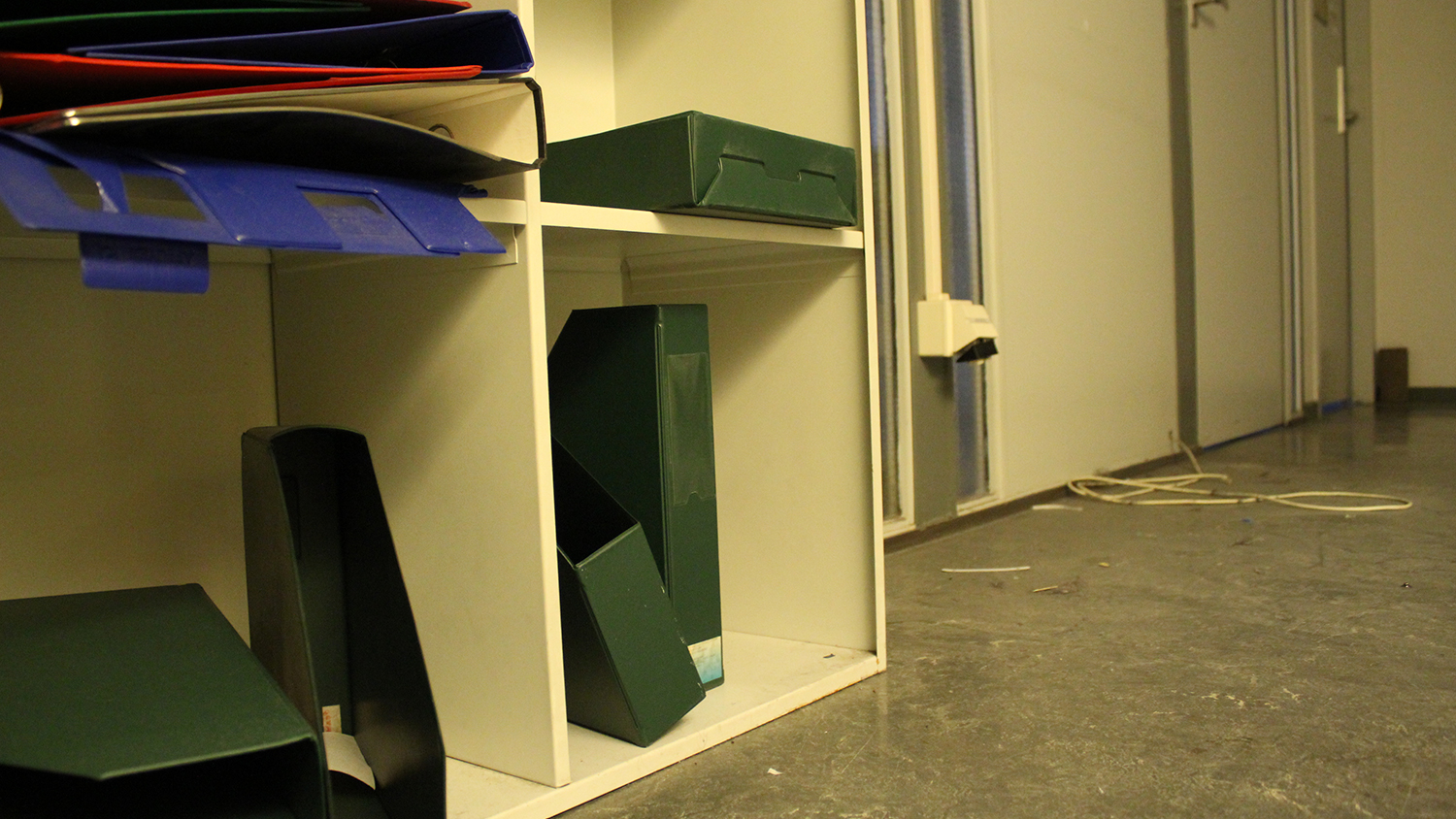 And now, this is where we are: we’re getting somewhere. Clean-up of the building started last month, and one of these days, a real estate strategy will be decided upon. “There are three options,” says Fiona van ‘t Hullenaar, director of Corporate Real Estate & Campus at Utrecht University. “The first is selling it or a long lease and subsequent redevelopment by a third party; second is demolition or renovation and subsequent redevelopment for our own purposes; or finally, a mixture of these two.” Details about the chosen strategy will not be made public until March, 2019.

Dismantling the building will begin as soon as possible, but not before March 2019, because the building will be used for classes until that tie. It also depends on the moving out process of the KinderKennisCentrum (Youth Research Centre), which is located at the base of the building, as is its neighbour, restaurant The Basket.

“The Basket won’t disappear immediately; we’ll take that into account when creating the dismantling plan,” says Van ‘t Hullenaar. She hopes to be able to say more in the course of next year. Daisy de Groot, The Basket’s manager, can say that The Basket will be moving to a temporary location, but that they’re still looking for one. “The university will facilitate the location, but it’s as yet unclear where that will be, and for how long.”

The extraordinary design of The Basket’s current location, brain child of NL Architects in Amsterdam, won the Rietveld award and AM NAI award for young architects. It’s unclear whether the current location will still exist in the future, and will be able to be used by The Basket again, but De Groot does hope that’ll be the case. 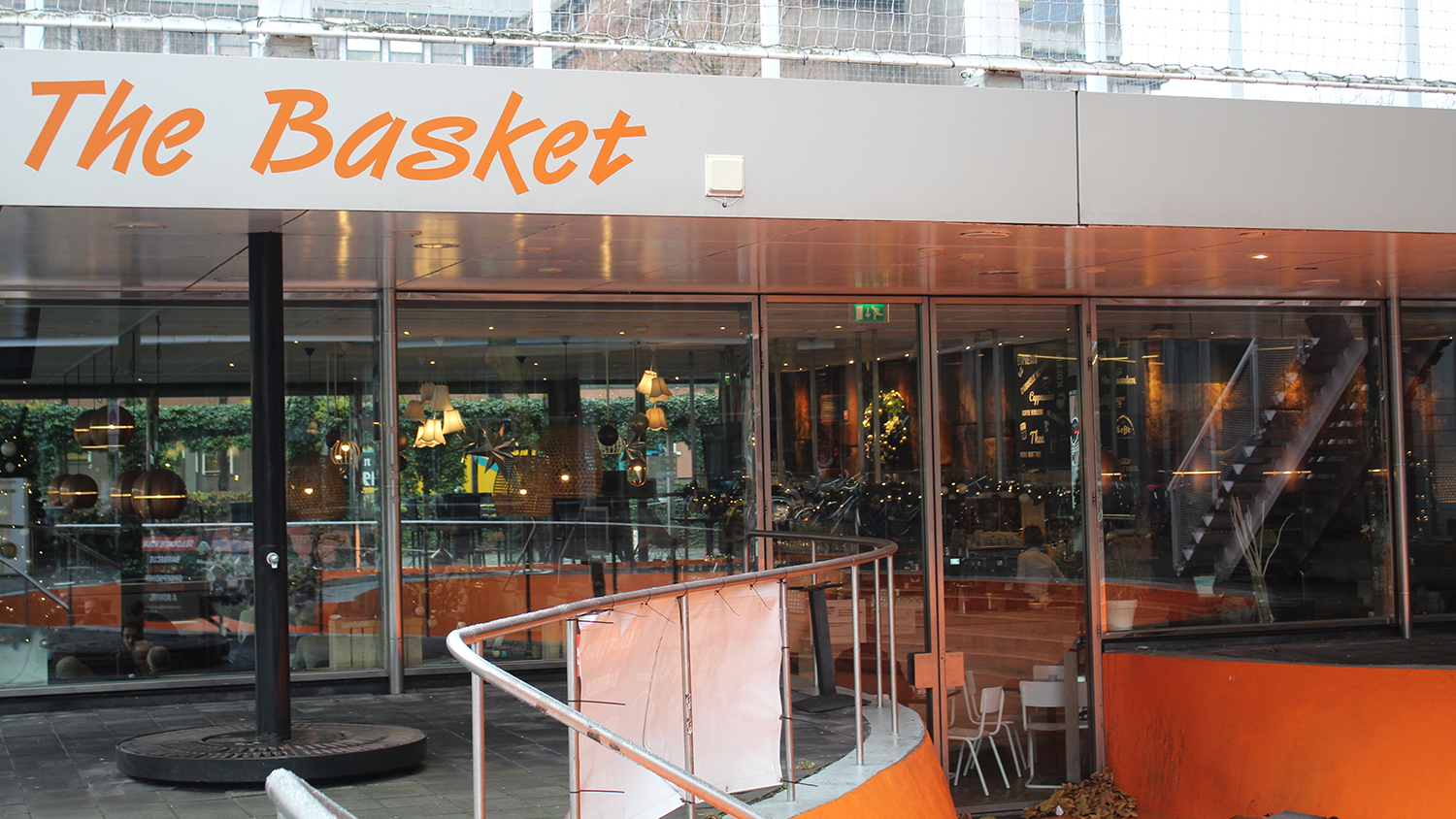 Asbestos and decaying concrete
A deconstruction trial started last month, in order to further pin down the details of the dismantling plan. The dismantling and demolition to the building’s hull (empty frame) has to be done as sustainably as possible, so materials can be reused in the future. Concrete decay means that won’t be possible for some parts, however. There’s also asbestos present in the building. “Sanitizing the asbestos will be done by specialised companies, following the safety and environmental regulations. With all the experience we’ve had in this, I sadly can’t even say that’d be an obstacle,” Van ‘t Hullenaar explains. The materials taken from the building might be used in other developments elsewhere at Utrecht Science Park. 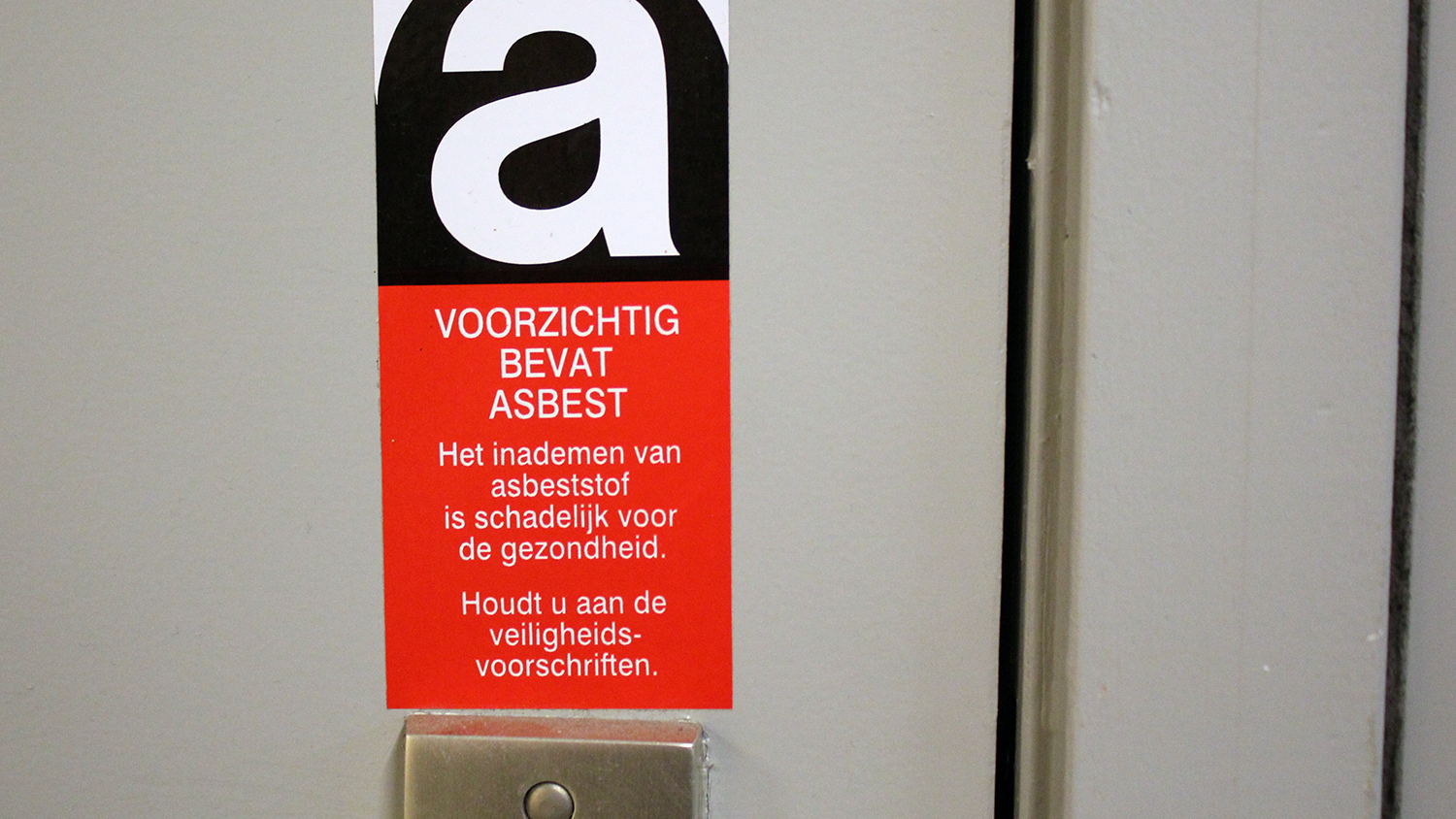 To map out how the deconstruction of the building can be done in the optimal way, a materials passport will be made for all substances found inside. “The materials passport will provide an overview of all materials still present in the building, their quantities, conditions, and reusability. Think of doors, for example, door handles, ductwork, the concrete inside the building, interior walls, and ceilings. This information is then passed on to demolition and construction crews, with the request to reuse as much of it as possible,” Van ‘t Hullenaar says. In the deconstruction trial, all steps are photographed and filmed, creating a thorough reference of what’s inside.

Considerations
Van ‘t Hullenaar deals a lot with the question of sustainability of the building. “It’s an interesting thing to consider,” she says, “and definitely not an obstacle, but an opportunity. Would it be more sustainable to leave the empty frame of the building, and then fill it up with interior and a façade? Or would it be more sustainable to demolish the building entirely, and construct one in its stead that can last eighty years?” There’s a lot of discussion with the neighbours and the entrepreneurs of The Basket, but still, Van ‘t Hullenaar is worried about future nuisance. “How can we renovate a building right in the middle of campus, without causing too much of a disturbance to the immediate environment? Sustainable employability of people is also sustainability. You’re not going to get any healthier sitting in extreme noise for a few years.” 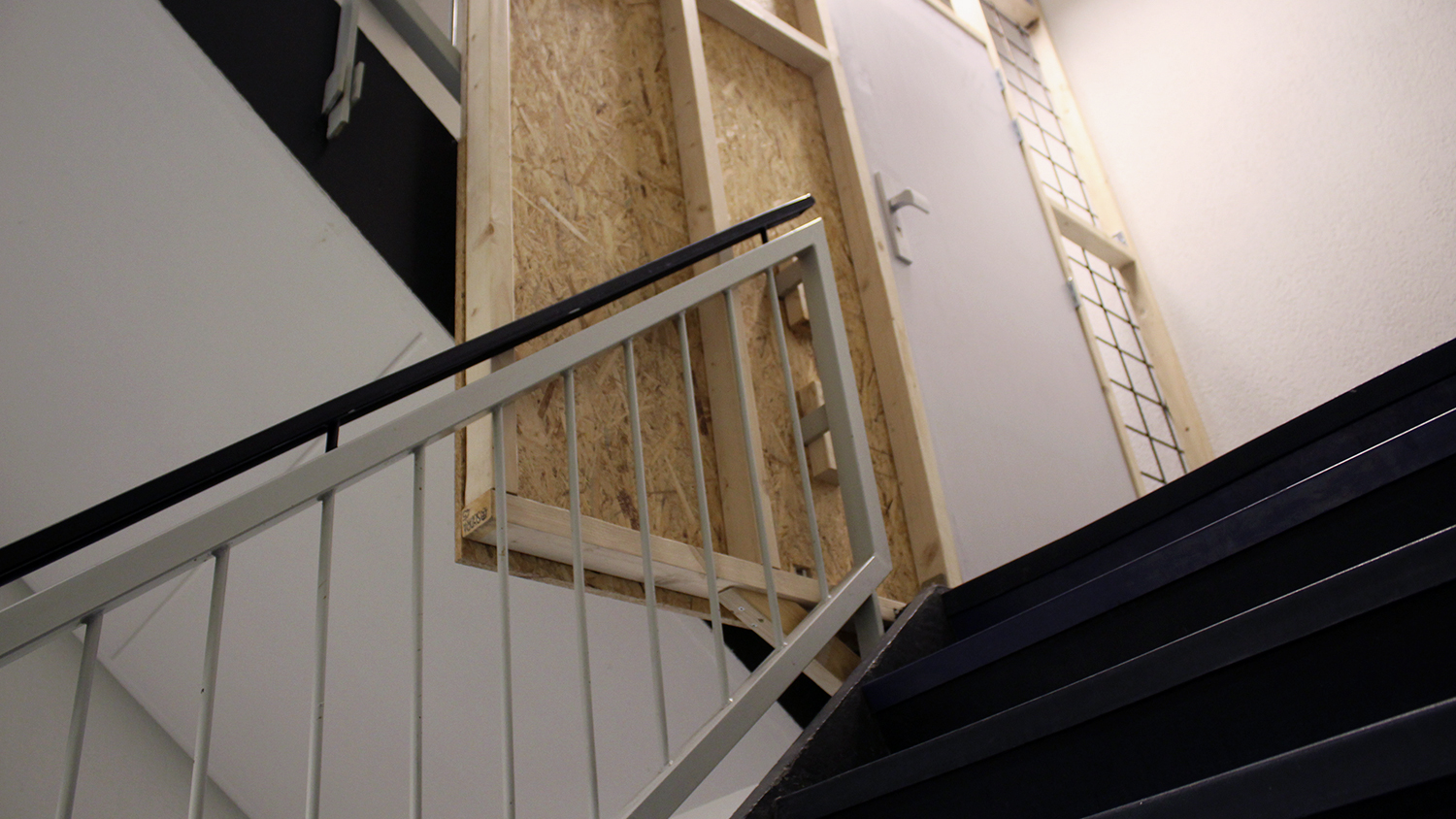