The new university song was supposed to be heard for the first time this Thursday, during the Dies celebration. Now that the university’s birthday party is cancelled, the big reveal likely won’t be done until the start of the academic year in September. The song by Rosa Falkenburg will replace the traditional songs Gaudeamus Igitur and the Io Vivat. But why break with this tradition?

Corona or no corona, the university still reached 384 years of age on Thursday. The Dies celebration, however, has been cancelled. That hasn’t happened since World War II, and before that, for unclear reasons, between 1812 and 1816 – roughly around the same time the Gaudeamus Igitur and the Io Vivat were created. Though according to the UU, these old songs have lost their shine and are in need of replacement.

Many are convinced that these songs have been sung during official ceremonies (such as the Dies and the Start of the Academic Year) for the past two hundred years, but rector Henk Kummeling immediately dismisses this is as a myth. “Singing the Io Vivat and the Gaudeamus is really an invented tradition. We’ve only been doing it since the 1990s. The president of the Executive Board at the time, Jan Veldhuis, thought it would be amazing to end academic ceremonies with singing, and that’s when the Io Vivat and the Gaudeamus became the main songs for these occasions.”

Before the ‘90s, there was no singing at all. “There was just a simple closing statement. And there was organ music, just like what’s still done during orations and such.” Another common misconception is that the traditional songs connect all Dutch universities. But that, too, is incorrect, the rector says: “As far as I know, it’s only sung in Leiden; at other universities, it’s rarely or never sung at all. And it’s sung a lot within student associations. It goes to show how fast people start to see something as self-evident. I also faced people who thought we’d been singing these songs since 1636.”

Do we even want to sing these lyrics anymore? They’re both songs for drunken, young men in Leiden.

But why do the songs have to go? “They're not from Utrecht and not about Utrecht. And if you were to analyse the lyrics, you’d start to wonder whether we should even sing these anymore. They’re both songs for drunken, young men in Leiden. That was noticable, every time we sang it in the Dom church: you could spot a few people cast sly smiles at each other, a number of people sang enthusiastically, and a few people grumbled and thought ‘what is this old-fashioned nonsense.’ We want to sing a song that makes no one feel uncomfortable.” 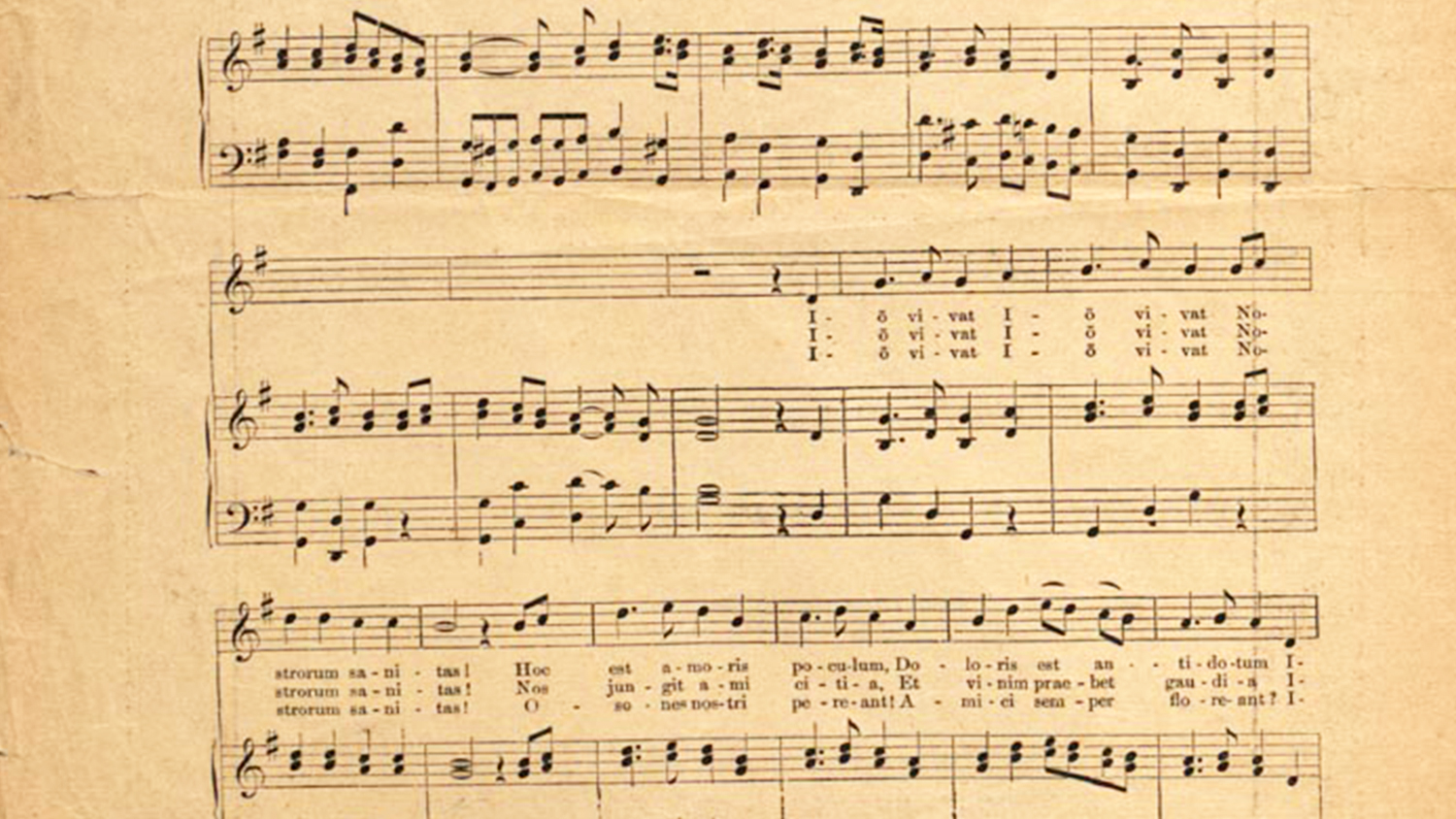 The rector says that that doesn’t mean he’s got anything against the Io Vivat or the Gaudeamus as such. “People should definitely continue singing it, but not at our university ceremonies. They can do so in their own time, at their own associations, during their own parties. Because the songs aren’t ours. The songs do not paint a picture of what we are as an academic community, and what we want to be. We want to be inclusive, and it’s not just about drinking. More important things are that we’re a community of people who feel connected to each other, and these songs just don’t express that at all. I love the tradition of singing together; singing together is one of the most beautiful things you can do. But let it at least be a song that’s ours, and suited to our time.” 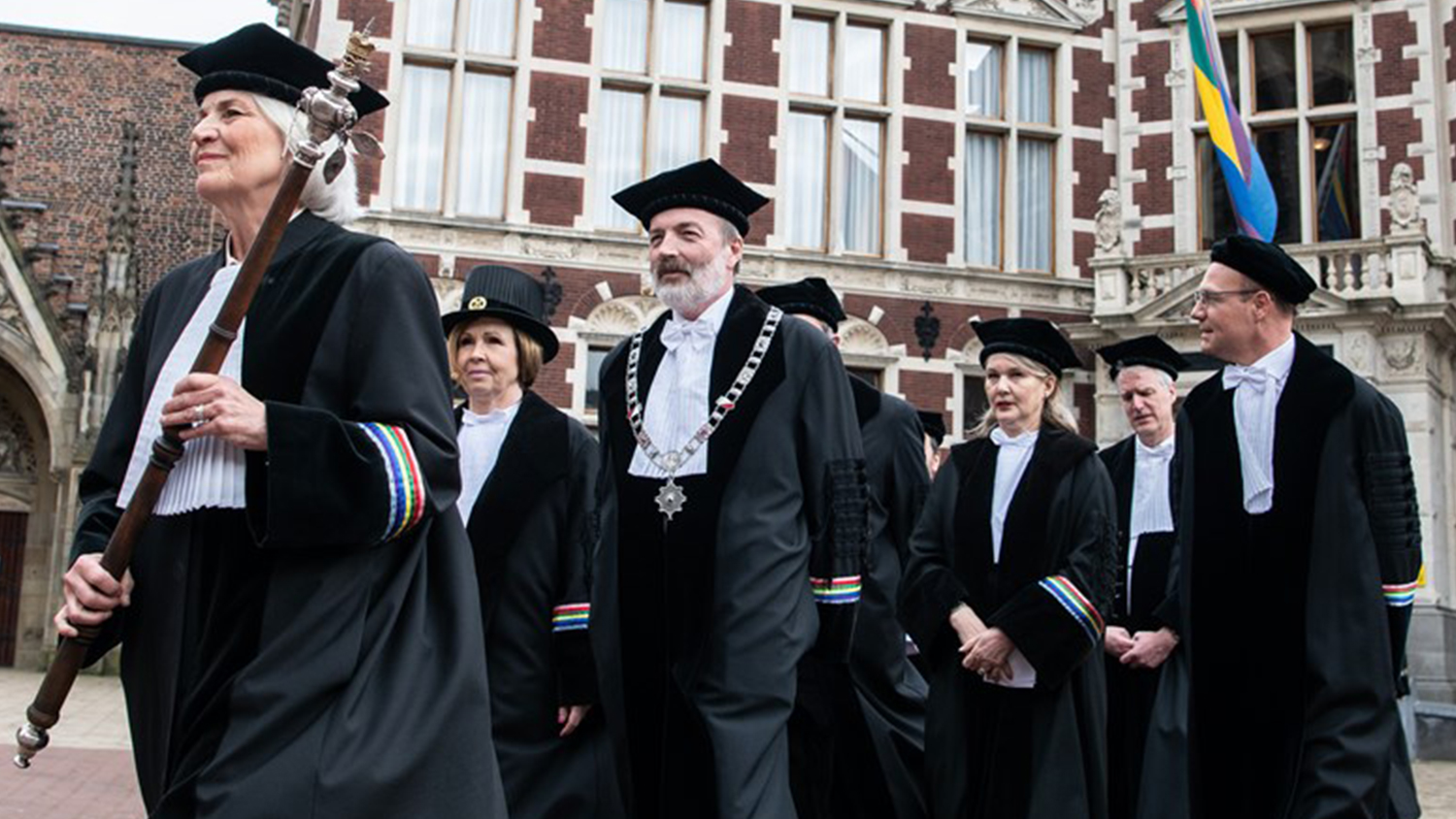 When asked whether the rector will miss the Io Vivat and the Gaudeamus, even a little, he laughs. “No, I’m not going to miss them. I myself rarely sang along enthusiastically, perhaps never at all. It’s not a tradition in Nijmegen, where I’m from.”

I’m not necessarily always in favour of discarding traditions

‘Traditions are made to be broken’, the rector once said, but there are still traditions he does think are worthwhile and that we should cherish. “Rituals during PhD ceremonies and thesis defences, things like that. These are traditions we’ve upheld for centuries, and that really mean something. We also add new traditions sometimes: the oath or promise, for instance, that PhD candidates have to take since about five years ago. That’s when the brand-new scientists solemnly promise or swear that they will practice science with integrity. With this, we emphasise that you carry a certain responsibility towards society. And I feel like that invented tradition does add value. I expect we’ll still be doing this in a hundred years’ time. So no, I’m not necessarily always in favour of discarding traditions."

The new university song has Dutch lyrics, its author Rosa Falkenburg told DUB. The rest is and remains a secret for now. One of the first reactions on the university’s intranet announcement of the new song, was that for consistency’s sake, we should just start calling the Dies a ‘birthday’ as well. But Kummeling disagrees: “This is not about Dutch lessons. It’s not about Latin at all. I wouldn’t have minded at all if the new song was written in Latin. In fact, there is a little Latin in the new song as well. It’s just about making sure that the words we sing suit us. I like celebrating the Dies Natalis. And that we do ‘honoris causa’s when we award an honorary doctorate. It suits the language of the university.”

One of the submissions had very similar chords as ‘Flappie’ by Youp van ‘t Hek, so we had to reject that one

And the new song, will it become popular? “I’m fairly certain it will. If only because the melody will get stuck in your head. And undoubtedly, there will be people who will hate it, who will think it’s worthless, but that’s always going to be the case.” 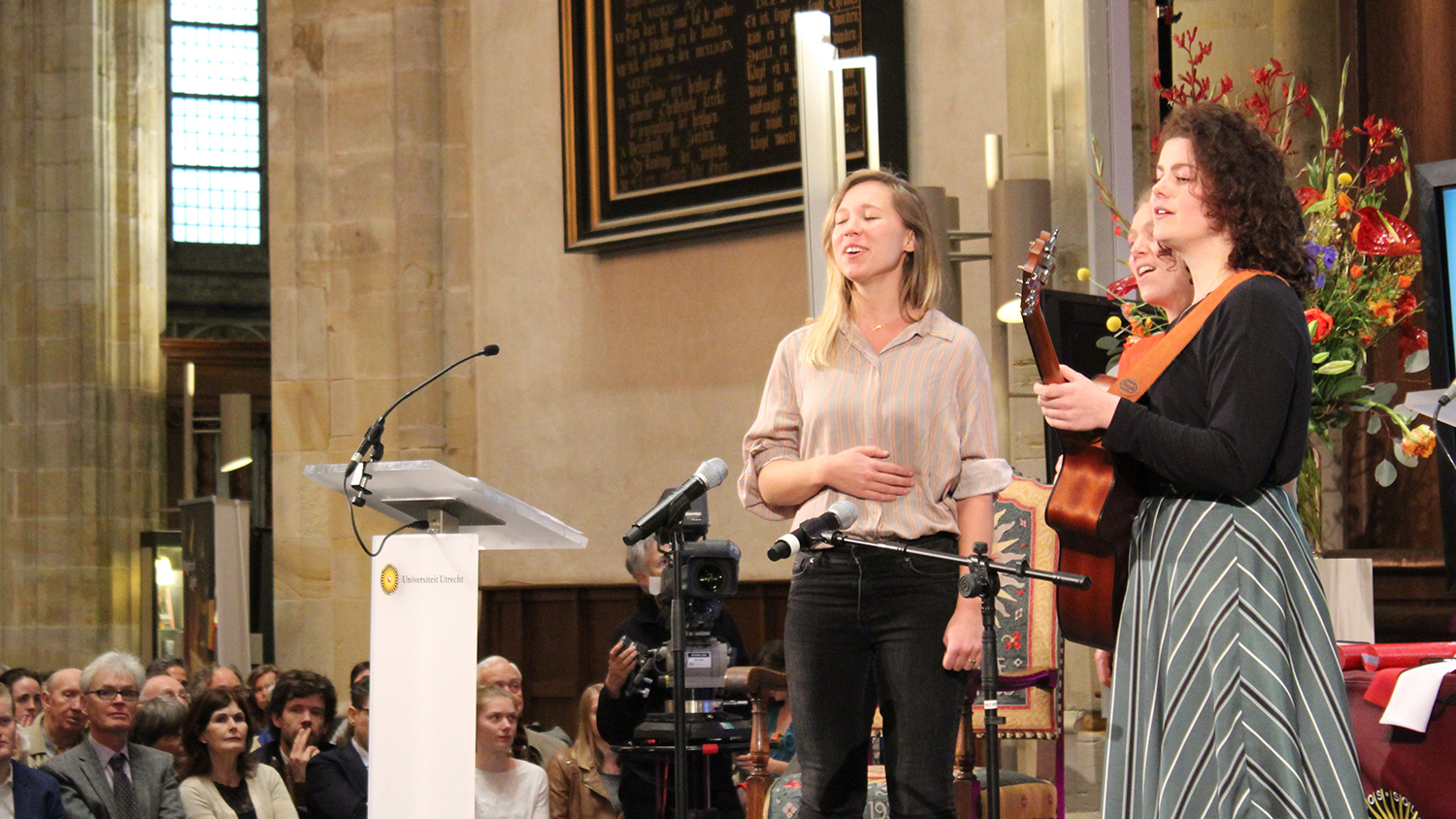 The jury had received 32 submissions. “That was great. We had some interesting, beautiful submissions. And a few lesser ones, too, to be honest. Someone had written lyrics to accompany the melody of the Deutschland song. Beautiful lyrics, but of course we’re not going to sing a happy song to the German hymn. Another song strongly resembled Flappie by Youp van ‘t Hek (a very well known Dutch Christmas song about a rabbit, ed.) in its chords, so we had to reject that one as well. We’d told each other: if there’s nothing great among these, then we’ll simply not pick anything. But the jury reached an agreement quite quickly; the decision was made in no time.”

And if this song loses its shine in ten years’ time, will it be replaced by a new one? “I don’t know. I don’t know who the rector will be then. She or he might have completely different ideas. We’ll just have to wait and see. In my opinion, we’re not necessarily starting a tradition to last the next hundred years; the great thing is that we now have a song that we can really sing together, one that’s really about our connection to the university.”

Perhaps it’s time to give female luminaries of the past century a place in the Senate room as well.

The rector has no concrete plans to dispose of more traditions anytime soon. He is, however, thinking about the interior of the Senate room in the University Hall. “With three exceptions, that room is completely filled with portraits of men. Thankfully, we also have Room 1636, with many beautiful portraits of female professors, but you can start to wonder whether perhaps it’s time to give female luminaries of the past century a place in the Senate room as well, in a sensible way. We want to make justified, well-reasoned decisions in this, and there’s all kinds of technical issues we’re facing. Which portraits should we remove, then? And where should they go? The new portraits should also suit the room’s ambiance.”

Your editor did have one other suggestion for an adjustment to be made to the Senate room. There’s a large official portrait of King Willem-Alexander and Queen Máxima on one of the walls. Why is it there? What does the university have to do with the monarchy? “I’ll think about that. There are people here who have a long-standing connection with the royal house. But the university as such doesn’t have any structural connections with the royal family. We’re no monarchists here either.”