Students often answer exam questions with lengthy anecdotes full of irrelevant information. They do so to showcase everything they know or conceal what they do not. According to UCU lecturer Guus de Krom, that only makes it hard for teachers to grade exams.

“As a lecturer, I often find myself staring at an essay or exam answer, thinking to myself: 'it’s possible that this student does understand the material, but I’m not quite sure'. Even in statistics, a subject in which language doesn’t play a large role, I come across interpretation issues. At a certain point, I started to wonder why that was.”

His own experiences as a lecturer at University College Utrecht (UCU) prompted Guus de Krom to carry out a survey among fifteen lecturers and fifteen students during a sabbatical period.

De Krom wished to understand students’ approach to writing, particularly how they respond to assignments they do not understand or questions they do not know the answers to. He also wanted to know how lecturers try to make sense of those essays and answers. “To be honest, I don’t really know what to do in those situations either”, he admits.

De Krom was amazed at how little is known in the academic community about how lecturers deal with ambiguities when evaluating written work. "Especially since I know many colleagues who also have this problem."

Would the lecturer be so kind as to fish out the right information?

The interviews with the students revealed to De Krom, who was originally a phonetician, that students often choose between two strategies when they do not know which approach or answer is expected of them. The first one is to simply draw a question mark or write down that they have no idea. In doing so, students hope that their honesty will be appreciated.

The other option is 'the blunderbuss', which is when students try to conceal their ignorance or the fact that they do not understand the question by writing down all sorts of irrelevant information. Some students confessed that they deliberately use vague language in the hopes that “the lecturer will be so kind as to fish out the right information.”

Moreover, De Krom was told that students usually think that ‘writing a lot’ is a good strategy to get good grades – even when they do know the answer and understand the aim of a question or assignment. After all, a specific and concise answer could be mistaken for laziness. One could call this fear of failure an academic variant of the fear of missing out, De Krom observes.

The danger is that students can start contradicting themselves

The interviews with the lecturers show that both strategies can work. Sometimes, lecturers do reward students for their honesty. “I can relate to that", says De Krom. "I don’t award points for question marks, but if a student can point out what knowledge they lack or indicate where their doubts lie, I see that as a good sign.”

But the blunderbuss can be effective too. Many lecturers indicate that they assume the correct answer might be hidden somewhere in the story and, if they find it, that's what they focus on, ignoring all the superfluous information. “But that's as long as students do not contradict themselves in the same text”, De Krom observes. “When that happens, the answer is marked as incorrect. So therein lies the danger of writing down too much.”

De Krom, who teaches courses on statistics, personally believes that the effectiveness of the strategy depends on the academic discipline. According to him, it is obvious that there is less room for personal interpretation in science disciplines compared to disciplines in arts and humanities. “But students claim that they also tend to base their decisions on previous experiences with a specific lecturer. After all, a particular strategy may be effective with one lecturer but not with another. Some lecturers also encourage students by saying: show me what you know.”

Students often don’t grasp the subtleties of academic language yet

Still, most lecturers prefer short, concise answers that contain the right information and are phrased in the right way. What frustrates them is that they often get the impression that a student does know the correct answer, but they are forced to mark it as wrong because it is worded too vaguely or even incorrectly.

A great source of frustration for students is when they think they have answered a question perfectly, but the assessing lecturer interpreted their answer in a completely different way.

According to De Krom, such misunderstandings often arise because students do not know how to use the academic language their lecturers are familiar with. “Every discipline has its own specialised language, concepts and conventions on how to write things. As a student, you must be aware that those subtleties exist and also understand the importance of using that language with precision.”

In his survey, the UCU lecturer provides examples of concepts that have a different meaning in a scientific discipline compared to everyday language, such as ‘complex numbers’ in mathematics or ‘significant’ in statistics. For students, this can be a major obstacle.

When students do not apply this language correctly, it can be difficult for lecturers to determine whether this is due to a student’s lack of knowledge or their inability to formulate it correctly.

The lecturers told De Krom that their main concern is to find out whether a student has understood the content correctly. When students use jargon incorrectly, lecturers tend to be more forgiving and sympathetic towards first-year students than towards older students.

Does it have to be worded so precisely? Yes, it does

De Krom sees this as a chicken and egg situation. In order to grasp why language matters, students need to understand some of the content but to understand certain concepts, they need some knowledge of the professional language in a given academic discipline.

Although many teachers insist that they are not academic writing instructors, De Krom believes it is indeed a lecturer’s task to explain to students why it is so important to use language accurately and how misunderstandings can arise.

“Many students first hear about this when they are reviewing their graded exams, trying to rack up a few extra points. ‘Does it have to be worded so precisely?’, they ask. Yes, it does.”

Article continues below the picture. 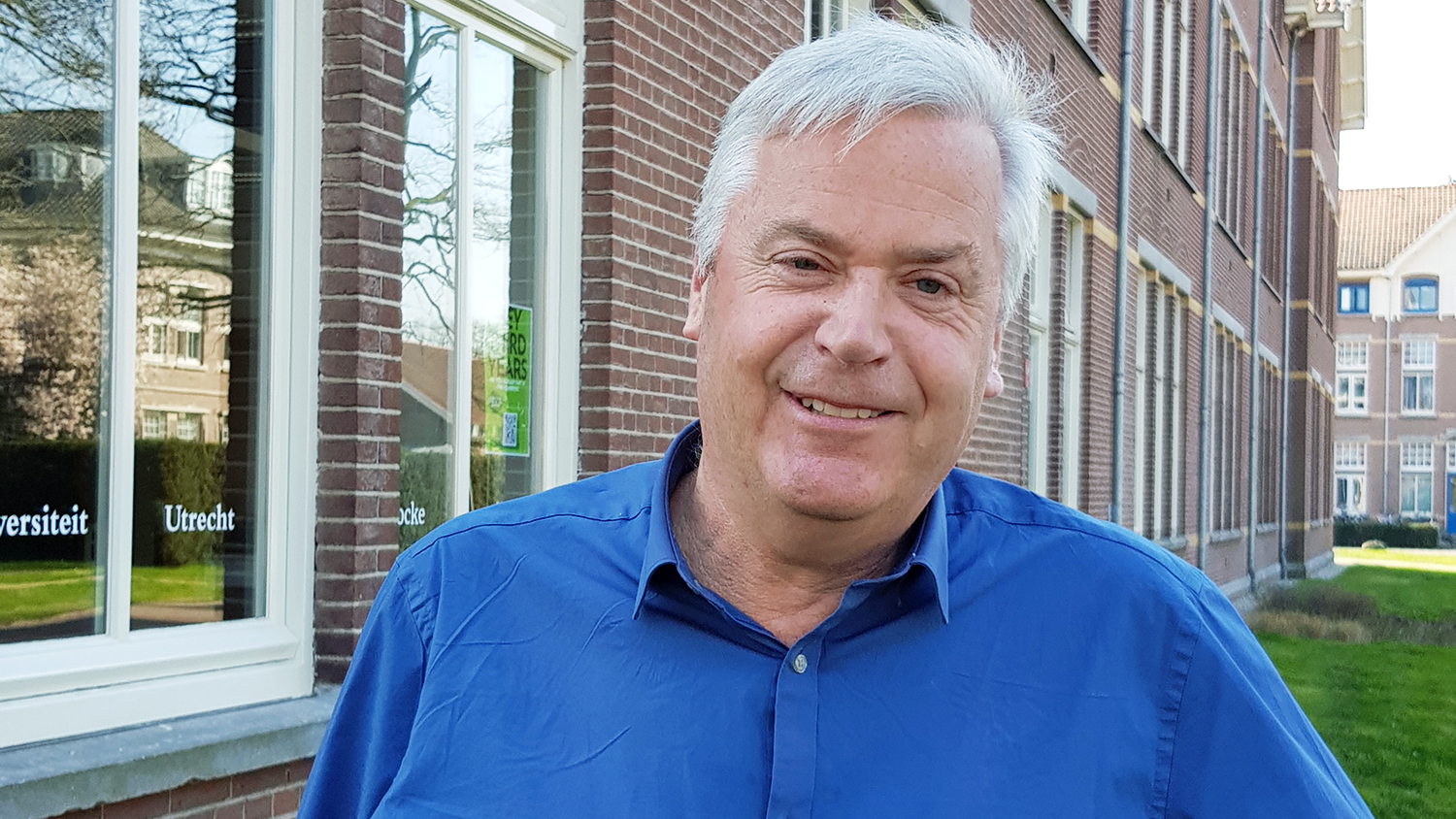 De Krom hesitantly concludes that students’ language skills are declining: “I get the impression that students find it increasingly difficult to properly formulate their answers. That may have something to do with the language used on social media, where grammar hardly seems to matter anymore. Students also read less and less. Life has become so fast-paced.” He also notes that students are increasingly incorporating their own opinions into papers or answers.

Interestingly, students told him that they tend to write more when they have less time to complete an assignment. De Krom: “That’s remarkable, but by no means illogical. They have to formulate an answer and the clock is ticking. Since the answer consists of text, they start producing text. They basically start at the end, which results in long-winded and woolly stories. The number one tip I always give my UCU students is: split the thinking from the writing. Think before you start to write things down.”

But above all, De Krom thinks that lecturers should hold themselves accountable. Their instructions often confuse students, resulting in vague answers and products. Therefore, they should be more aware of this and ask colleagues to take a look at their assignments and exam questions, for example. A little more explanation or instruction can prevent a lot of problems.

“When a lecturer says to a student 'write an essay about this or that topic', they have a very clear image in their mind of what that essay should look like. But for a student, this is not necessarily the case. Students will immediately have all sorts of questions. What strikes me is that students are usually very outspoken, except when it comes to this sort of thing. They think that their personal struggles are part of the learning process, when they should just ask the lecturer what they really mean. What is the purpose of that essay?”

But lecturers should also consider alternative forms of testing in which language skills are less important, De Krom ponders. He has noticed a general reluctance to use other methods of testing, mainly because written tests are considered to be more objective and easier to check by others.

“This reluctance is partly justified, as there are many disadvantages to oral tests or presentations, or you could even consider animations and other products. But I do think that their concern is exaggerated. What matters is that a lecturer knows exactly what is being tested and when. When does the specialised language of the discipline play a significant role and when does it not? There is one major advantage to non-written tests: they allow lecturers to ask students what they mean. And vice versa."