The number of people holding a Master’s degree or a PhD has risen rapidly in the country, a phenomenon that is partly due to the influx of foreign students. That's per the new figures published by the official statistics office, Statistics Netherlands.

The number of holders of a Master’s degree or a PhD has risen from 16 to 23 percent – an increase of nearly fifty percent. Bachelor’s degrees have also become more commonplace. One in three people has it. 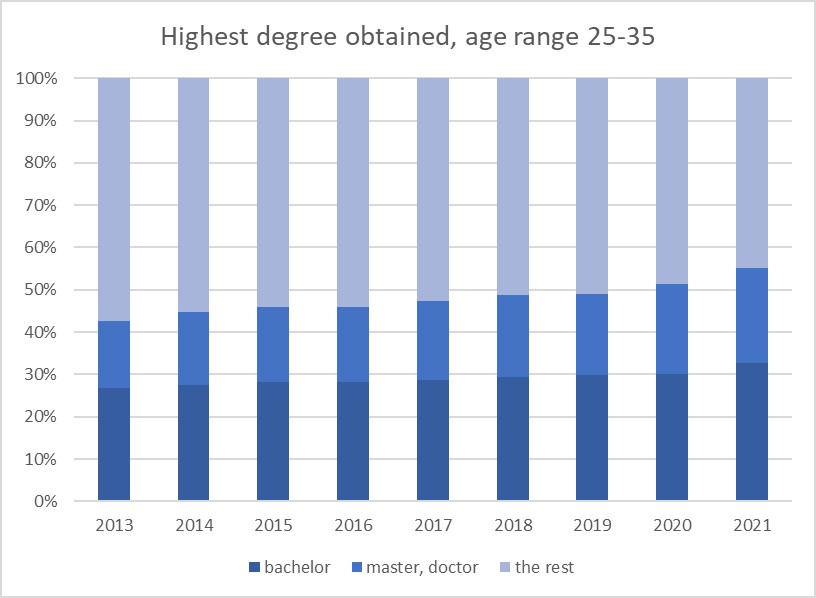 Statistics Netherlands gets these figures from a survey written in Dutch, which means that international graduates are less likely to complete it because of the language barrier. So, the actual number of people holding a Master’s degree in the country is probably even higher.

More and more foreign students are coming to the Netherlands and some of them stay here. Additionally, older figures show that an increasing number of international graduates are entering the labour market. In 2006/2007, that group represented 12 percent of all Master’s graduates from full-time research-oriented programmes. In 2018/2019, that figure was 29 percent, according to Statistics Netherlands.

The level of education in the Netherlands has risen sharply over the years. Only 18 percent of people over 75 have a higher education degree. 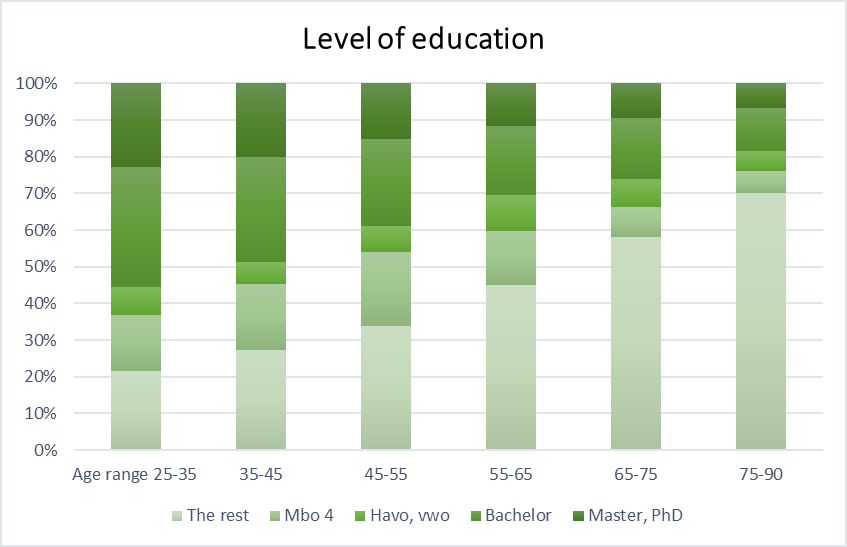