Gallery wall with all the women Professors in the Academy Building. Photo: DUB

There are more and more women working for universities in the Netherlands. There are now as many women teaching as there are female PhD candidates.

That's according to the latest statistics about university staff in the country. Women represent 44.5 percent of all PhD candidates and of all lecturers.

The number of women occupying the positions of professors and associate professors has also risen by 27 percent and 32 percent, respectively. 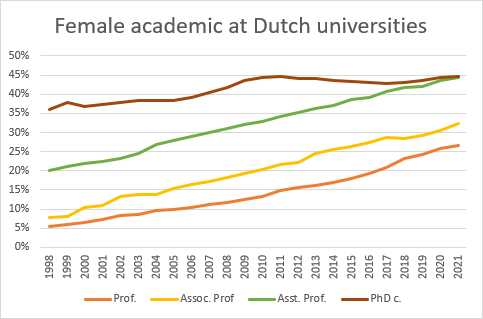 This is due partly to the efforts of the former Minister of Education Jet Bussemaker. In 2017, she asked the universities to appoint 100 women professors that same year. That number was in addition to the target figures that the universities had already set.

Nevertheless, there are universities where the proportion of women professors declined last year. They include both the frontrunner, the Open University, and the bottom-placed institution, the Delft University of Technology. The decrease at the latter, however, can be seen only after the decimal point. The only other decline in the proportion of women professors was at Radboud University Nijmegen. 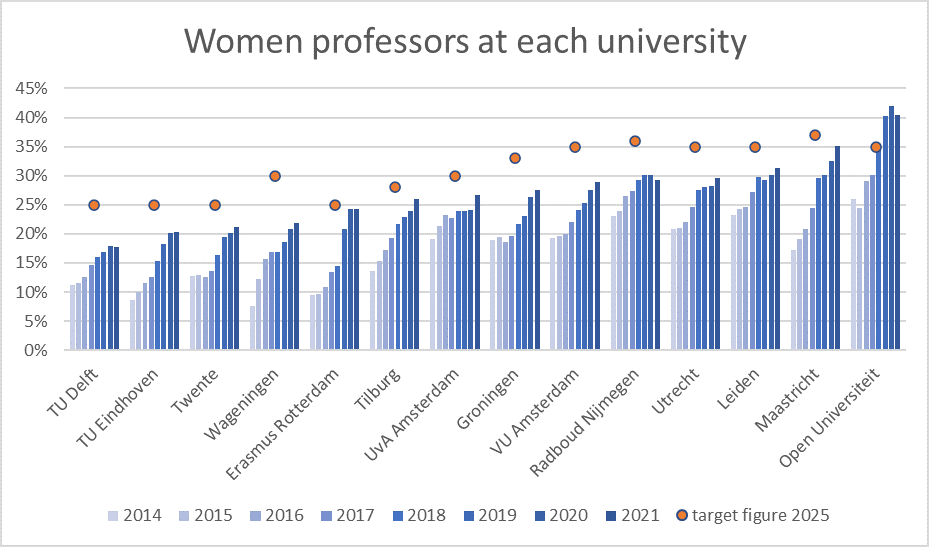 The universities have set targets for the proportion of women professors in 2025. They did so last year at the request of the Dutch Network of Women Professors. According to forecasts made by the network, only Wageningen, Delft and the University of Amsterdam might have difficulty attaining the target.