Letting go of the coronavirus restrictions took some getting used to. Photos: DUB

Students who play outdoor team sports at the Olympos sports centre were eagerly waiting for the moment restrictions would be lifted and they would be allowed back on the field. Last week, it finally happened. Team members older than 27 are not allowed to participate, but no one is complaining. "This is a step in the right direction", say football club Odysseus&#39;91 and rugby club USRS.

There was plenty of commotion on the fields of sports centre Olympos, in the Utrecht Science Park, on Thursday, March 4. The place had been awfully quiet the past few months because of the coronavirus restrictions.

Up until Wednesday, the government only allowed people to practice outdoor sports in groups of four, and everyone had to keep 1.5 metres away from each other at all times – a rule that renders many sports simply impossible. Now, students' sports associations only have to make sure that everyone on the field is under 27 years of age. That made up for some disappointed faces here and there.

Esra Schouwenberg, President of student football club USVV Odysseus'91, says only a small group has to stay home now. Of its 450 members, only about twenty are 27 years old or older. But, according to Esra, the association is working on getting those members involved, too:

"for example, they can help setting up the exercises or train on another field according to the rules. They can look at our neighbours, rugby club USRS, for inspiration: there, the three members over 27 play separately from the rest of the group". To Chairman Rick Roodenburg, the situation is unfortunate for these older members, but not insurmountable: "there's a lot we can do to work on their fitness levels". 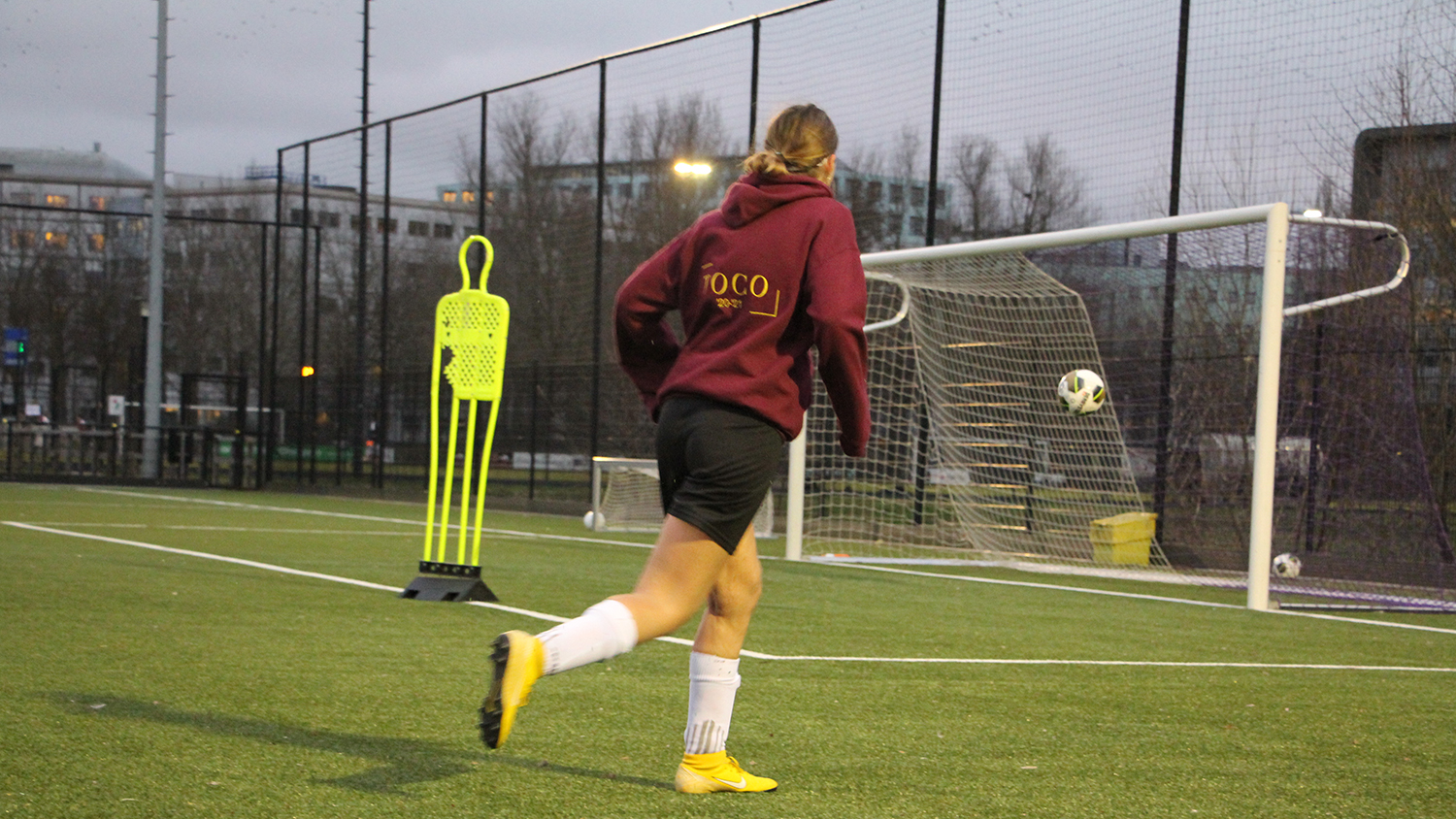 One of the best evenings in ages

For the time being, the euphoria of being allowed to play a team sport again prevails. One of the players of Odysseus Ladies 3 notes: “It was so long that we did this for the last time. This feels almost illegal”. Esra heard a lot of positive comments after the first day members could train together again: “Some even called it one of the best evenings in ages”.

At the relatively small USRS, players' reunion on the field is perhaps the most important thing of all. The enthusiasm for online activities seems to have died out among both rugby and football players. Face-to-face contact was very much needed: "People are a bit like cows now, when they're allowed back on the field for the first time after being kept inside the whole winter", jokes Rick.

The government eased the measures related to outdoor team sports to accommodate young people, particularly students, who seem to be having a hard time psychologically this lockdown. Both Esra and Rick recognise this struggle in their own associations. “Doing the same thing every day leads to unhappiness”, says Esra. According to Rick, a bit of exercise is just what one needs to feel a bit better. “You just notice that people get out again to go for a nice run or throw a ball”. Esra also underlines the positive effects that exercise can have on young people's health: “It is good for your concentration, you just feel better afterwards”. That playing team sports increases a health risk, namely the risk of contracting the coronavirus and transmitting it to others, the chairmen take for granted. For them, the advantages outweigh the disadvantages. 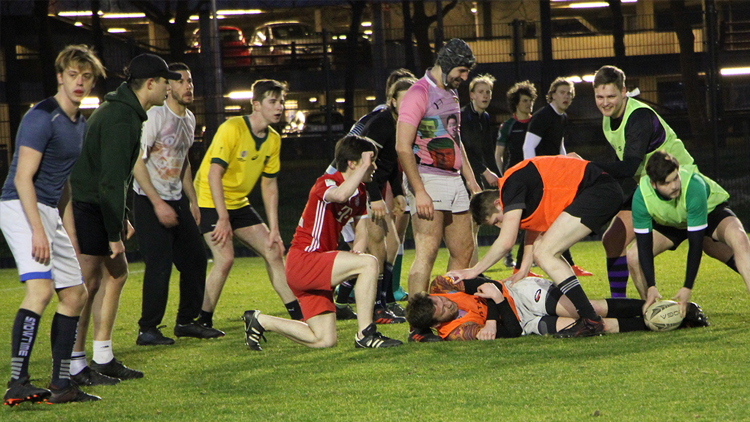 If only the sports café were open...

The fact that exercising for a while can do you good seemed to be confirmed at the training sessions. The energy was bursting from the fields and the first disagreement dissipated like snow in the sun halfway through the training session. It has to be said, however, that some of the athletes' fitness levels were rather disappointing. During the water breaks, some sighed that it was hard to catch their breath sometimes. Rafael, who plays football for Odysseus, didn't feel that way. His physical condition was not too bad and he certainly did not want to take it easy: “Who knows, the government might reintroduce the restrictions in the next press conference. If that happens, I don't want to complain about not being able to keep up now".

But is this single exercise session enough to reverse the supposedly increased mental problems? According to Lyle Muns, President of the Dutch National Student Union (LSVb), no, it is not. “This is not enough considering what is needed in terms of mental health. Educational institutions must reopen”. Esra also thinks that students need more, but he has a different perspective. “If the outdoor bars and restaurants and the sports café opened again, that would make a lot of difference”. Rick: “That's sometimes the reason why you come out, to have a beer and a chat afterwards”.

But, all in all, the three gentlemen agree that this is a step in the right direction. Despite wondering whether this is enough and if the restrictions will come back again, the athletes do their best to remain optimistic. “I now lie on the couch in the evening with a slightly more satisfied feeling”, celebrates Rafael.