The Public Prosecution Office may evict a squatted building on the industrial terrain Lage Weide, in Utrecht, a preliminary relief ruled on Friday, in summary proceedings between the squatters and the State.

The Public Prosecutor demands the squatters to leave because the building's owner would like to rent it to the Utrecht Student Corps (USC), who consider it “the ideal place for a lustrum”. The contract between the owners and USC states that they will “make concerted efforts to end the squatters' use of the building.”

The case concerns an industrial complex owned by De Waal Beheer. The dilapidated office buildings, industrial buildings and warehouses had been vacant for a long time before the squatters moved in about a year and a half ago. Due to an administrative error in the prosecution, Friday's court ruling applies to only one of the three properties on the site. The hearing about the remaining two buildings is set to happen on the 12th of May. 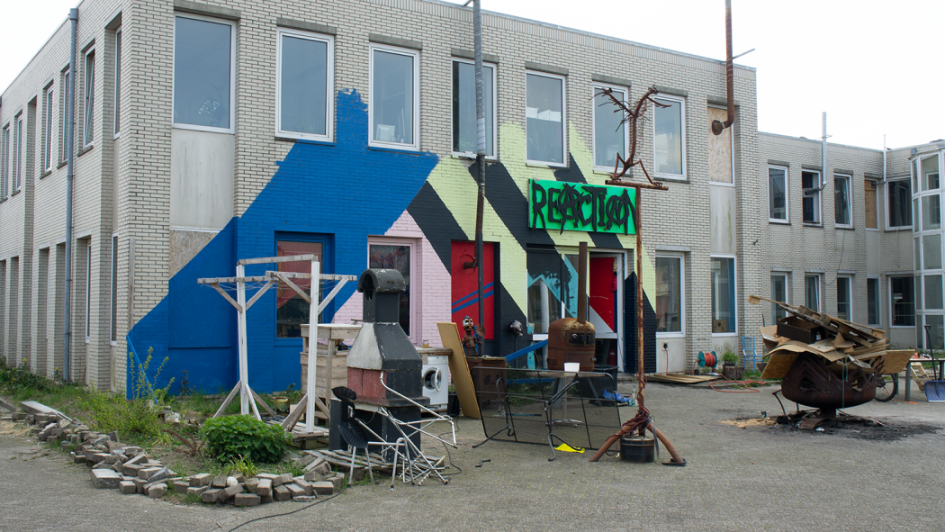 Squatters now homeless
Teun is one of the squatters living on the site. He drove his trailer to the site a year ago and has not left since. Sitting on one the folding chairs in front of his camper van, he says: “All kinds of people live here, they come from different corners of the world and different walks of life. Some live here out of necessity, because they cannot find another place to live. For others, it is more of an ideological choice”.

What about him? It is a combination of the two, he replies. “I was evicted from my house in March 2020. I was graduating and still had about 1,000 euros in my bank account. I couldn't rent anything for that money, so I had to find a full-time job quickly, which not only would be an impossible task but it would also make me very unhappy”. In this site, Teun says he is able to live the life he wants: “I want to spend my time studying, engaging in activism, and building a community. Because I live here, I have the time and space to do what I think is important”.

Celebrate, then demolish
The owners of the property entered a lease agreement with USC in January. In a letter to the owners, the association states that the location already “proved itself as an ideal place for a lustrum party” in 2019, when UVSV held a big party on the premises. Therefore, they would like to do it again this year. Once the association's lustrum festivities are over, the owners plan to demolish the building and build a new one. The demolition permit and new building plans are ready, according to the State. 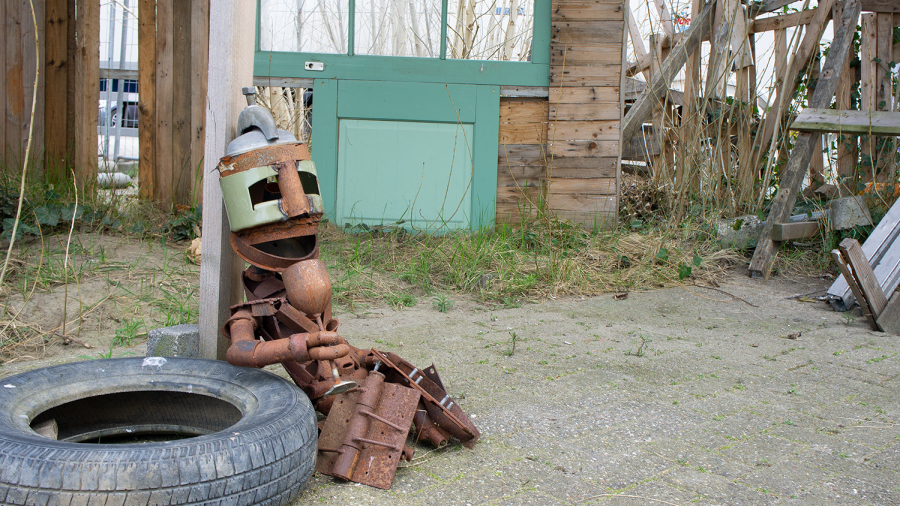 The group of squatters tried to get in touch with the student union in vain. Teun: “The USC could also have come to us. Perhaps we could have worked it out together, without the landlord's intervention. That would have saved them 40,000 euros and we might have been able to stay”, he shrugs. “Unfortunately, we have never been able to speak to anyone from USC”.

Eviction
The Public Prosecution Service had already announced its intention to vacate the premises by the 7th of May. Teun does not see that happening any time soon, though: “The current ruling only applies to one of the buildings. The eviction of the other addresses is the subject of a separate case, which will come before the court on the 12th of May”. Whether they stand a chance of winning that case, Teun does not know. “We have to deliberate on that together”.

Losing a court case is an expensive joke, according to Teun. “If you lose, you have to pay about 2,000 euros. We will have to see if we want to risk 2,000 euros for the second time”. They can still make that choice at a later date. “You can cancel such a case one day in advance, free of charge. Until then, we can stay in the other buildings”. 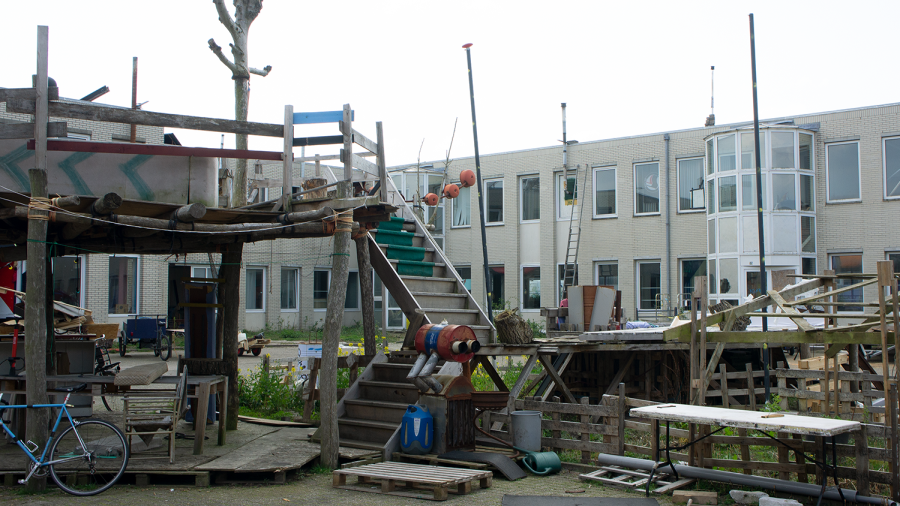 In principle, the squatters can pack up and move to the other side of the property, where the other two squatted buildings are located, while waiting for the second court case. “Then we can watch from here as the police ‘evict’ our empty buildings”, he laughs.

DUB approached both the Utrecht Student Corps and De Waal Beheer to ask whether they wanted to collaborate on this publication. Both parties declined.