It is unjustifiable that Utrecht University or any of its faculties exchange students, knowledge, or funds with institutions embedded in ongoing systematic human rights abuse in Palestine, according to Layal Ftouni, Assistant Professor of Gender Studies and Critical Theory, and Itaï van de Wal, Research Master&#39;s student of Law. They think Utrecht University should boycott Israeli universities.

As of February 2021, students from Utrecht University’s Law, Economics and Governance faculty can spend an exchange semester abroad at the Hebrew University of Jerusalem. Students of the Faculty of Social and Behavioral Sciences can go on exchange to Reichman University (formerly, Interdisciplinary Center Herzliya), and any Utrecht University student can go to Haifa University. These student exchange agreements mean that, each year, some of our university’s students study at Israeli universities, and some of the Israeli partner universities’ students study here. These exchange programmes are part of UU-wide initiatives to forge research and educational partnerships with universities internationally, including Israel. According to the Law, Economics and Governance faculty “guideline to formalising partnerships,” these collaborations are meant to stimulate staff and students' individual career perspectives and prospects.

As such, the ostensible aim of UU’s partnerships with Israeli Universities is to foster opportunities to learn, grow and be exposed to a new culture and experience. But what are the ethical and political implications of such collaborations? What does it mean to partake in an educational programme at universities in Israel, a settler colonial state whose abusive policies against Palestinians constitute crimes of apartheid and persecution as recently reported by Human Rights Watch?

Israeli Crimes of Apartheid
In May 2021, the Israeli army mercilessly bombarded Gaza, killing over 200, injuring 2000, destroying the livelihoods and families of thousands already scraping out an existence. These attacks served to crush a population already starved of food, water, and electricity as a result of Israeli policies. All the while, in response to unarmed Palestinian protests against forced expulsions in East Jerusalem and elsewhere, heavily armed Israeli police, aided by settler colonial mobs, continued to storm Palestinian neighbourhoods in Occupied Jerusalem, raiding, unlawfully arresting, and forcefully displacing Palestinian families. 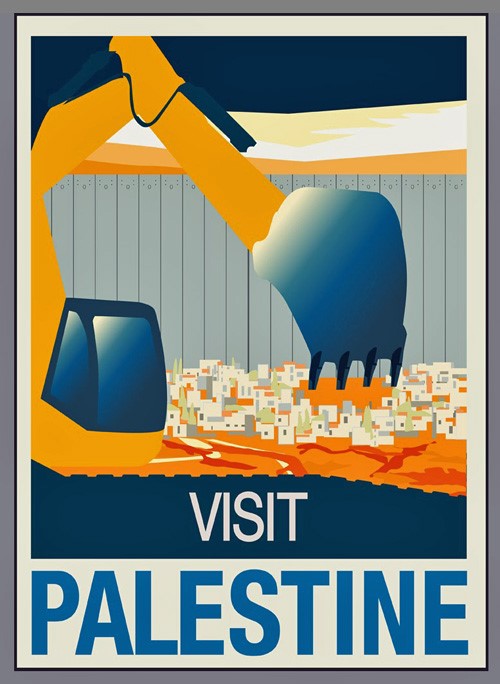 This violence is not new. Israeli historian Ilan Pappé showed that Israeli police, military, and civilian violence against the Palestinian population, combined with ethnic cleansing, and the settlement and occupation of Palestinian territory, are an integral part of the settler colonial project of the Israeli state. The dispossession of Palestinian land and life through land grab, the removal of Palestinian communities and their replacement with Jewish communities, has been the modus operandi of the Israeli state project prior to its establishment in 1948 and has continued ever since. Since 1967, Israel further occupied and annexed the Palestinian territories of Gaza and the West Bank, including East Jerusalem, and has since 2007 further subjected the Gaza strip to illegal sea, land and air blockades.

Inside Israel and the Occupied Palestinian Territories, Israel controls every facet of Palestinian life. State-sanctioned Israeli  colonization carves up Palestinian territories into increasingly non-contiguous enclaves by building Jewish-only settlements on occupied Palestinian land (illegal under international humanitarian law). Inside Palestinian cities, colonization also advances neighbourhood by neighbourhood, street by street, house by house. This process includes policies of forced expulsions and home demolitions, the most recent of which are in Sheikh Jarrah and Silwan. Additionally, Israel deploys military spatial technologies and practices such as walls, barriers, checkpoints, blockades, aerial surveillance, and roadblocks. These technologies, according to architect and scholar Eyal Weizman, function as a system of colonial population control and separation. Israel’s control goes even deeper restricting access to basic resources such as money, water, electricity, medical supplies, and construction materials, amongst other essential resources crucial to sustaining Palestinian life.

These are just some of the many discriminatory practices Palestinians face on a daily basis under Israeli settler colonial occupation. A recent Human Rights Watch report showed that Israeli authorities methodically privilege Jewish ethnic groups over Palestinians by imposing laws that ensure Israeli control over demographics, land and political power. Both settlement of land under occupation and ethnic cleansing are illegal under international humanitarian law. And yet Israel has done so for over seven decades with impunity. Although Palestinians have called it apartheid for years, recently Human Rights Watch and the prominent Israeli Human rights organization  B’Tselem have confirmed that this violence, systematic discrimination, and dispossession, constitutes apartheid under international law. Earlier this year the International Criminal Court in the Hague announced that it will proceed in an investigation of war crimes in the Occupied Territories, an investigation with which Israel has refused to cooperate     .

Israeli universities
Israeli universities, including universities with which Utrecht University exchanges students and has partnered with on research, participate in developing, sustaining, implementing and innovating Israel’s military occupation, apartheid, and ethnic cleansing policies. Israeli universities offer military education and advanced research on the latest military technology used by the Israeli army. Since 2018 Haifa University proudly hosts the Israeli Defence Force’s elite military colleges. Many graduates go to work in Israel’s booming arms and surveillance industr. The head of Elbit Systems, Israel’s largest private arms company, Michael Federmann is chairman of the Hebrew University of Jerusalem’s Executive Board. The Hebrew University owns several buildings on occupied Palestinian land in East Jerusalem; has proactively joined efforts to expel Palestinian families from their homes, hosts a military academy; and has lent its rooftops to the Israeli police surveilling Palestinians in East Jerusalem.

Additionally, Israeli universities educate and support the entrepreneurs, marketeers, and ambassadors who sustain Israel’s reputation as a knowledge economy and hub for  academic, technological, and creative excellence and innovation. Israeli universities are complicit in painting a picture of Israel as the only liberal democracy in the Middle East, as well as a safe haven for LGBTQIA+ individuals, thus hiding and pink-washing its systematic human rights violations. Moreover, the true face of Israel’s knowledge economy is not hard to reveal: Elbit Systems openly advertises its weapons technology as ‘battle-proven’. Developed for war and tested on Palestinians, Israel’s products are either directly sold on the international arms and security market or adapted and sold to big tech and consumers.

The international academic community is becoming increasingly aware that Israel is an apartheid state and that its centres of knowledge production are complicit in maintaining permanent occupation and apartheid. Student and staff activism for Palestine in US, UK, and South African universities has been vocal in this regard. 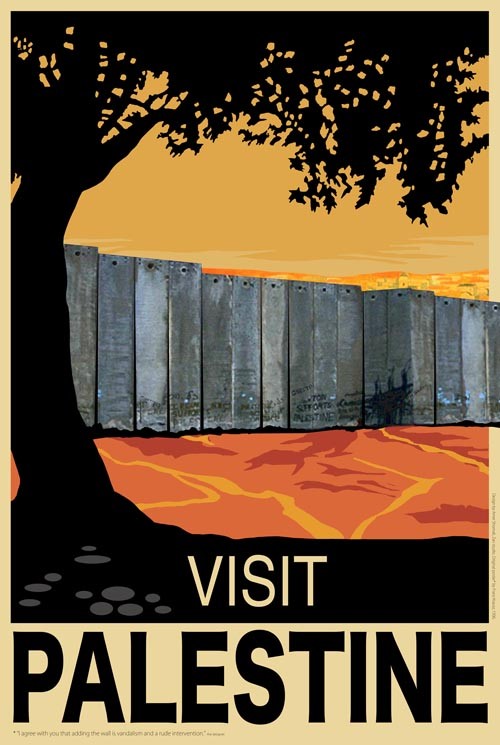 In Dutch higher education many scholars and educators expressed their support for collective action against Israeli occupation and apartheid, during May of this year. Although institutions are yet to act, this represents an unprecedented wave of solidarity for the Palestinian cause. Utrecht University Graduate Gender Program released a solidarity statement  and call for collective action that was signed by over 50 Dutch and tens of European and international academic units and civil society organisations. Circa 600 individual academics at Dutch universities have signed another solidarity statement and call for an academic boycott of complicit Israeli universities. Many scholars, students, and staff at Dutch universities realise that the time to remain silent is over and have joined the Palestinian call for academic and cultural boycott, recognizing it as a legitimate form of non-violent resistance.

Neither Utrecht University as a whole, nor any of its faculties, can justify exchanging students, knowledge, or funds with institutions embedded in ongoing systematic human rights abuse. Utrecht University must boycott Israeli universities in the same manner that Dutch universities boycotted South African universities during the 1980s. The boycott of South Africa’s apartheid system should be regarded as a crucial precedent for mobilising the boycott of Israeli apartheid. The effective international boycott of South Africa showed us that fighting apartheid demands that the international community not only implements an economic boycott but also a cultural and academic one.

In fact, it is high time that Utrecht University honours the call of the Palestinian Federation of Unions of University Professors and Employees and all Palestinian student unions for an institutional boycott of all complicit Israeli universities. The academic boycott is part of the Palestinian civil society’s call for Boycott, Divestment and Sanctions. BDS is a comprehensive international call to boycott, divest from, and sanction Israel and all Israeli institutions, organizations, and businesses complicit in Israeli apartheid. It is a non-violent tool to put economic, cultural and academic pressure on Israel to fully respect international law and Palestinians’ human rights. Utrecht University must push back against systematic rights abuses in any way it can, first and foremost by ending complicity in those abuses.

A common concern amongst those who believe that universities are centres of free knowledge exchange that must be protected at all costs, is that the boycott of Israeli universities harms the right to academic freedom. However, the important question here is: who does this right protect and who does it exclude? From 1987-1993, during the first Intifada, Israel shut down all Palestinian universities. During Israeli military operations, Palestinian schools are subjected to military raids, and in Gaza, even UN schools have been repetitively bombed. Palestinian scholars and students have been arrested on campuses on the basis of their academic work. In addition, Israeli Defense Forces reserve the right to veto applications by Palestinian students who meet all application requirements. The Institute for Middle East Understanding also reports that Palestinian students are prohibited from studying topics and that “may be used against Israel.”

When Israel aggressively violates Palestinians’ rights, including their right to academic freedom, do we keep cooperating with the Israeli universities that are complicit in this injustice? Or do we cut ties and contribute to the demand for justice made by Palestinians, like we successfully did in the case of South Africa? The boycott thus targets Israeli universities and other institutions complicit in violations of international law and human rights; it does not target individual academics as such, Israeli or otherwise. In fact, many Israelis have spoken out in support of the boycott and Palestinian rights.

We call on the UU’s Faculty of Law, Economics, and Governance and the Faculty of Social and Behavioural Science to terminate student exchange and scholarly collaborations with the Hebrew University of Jerusalem and Reichman University respectively. And we call on all other faculties and Utrecht University as a whole to cut ties with Haifa University, and to ensure no further exchange agreements or academic cooperations take place between complicit Israeli universities and Utrecht University. We encourage our fellow students and staff members of Utrecht University to come together, to refuse complicity with Israel’s apartheid regime, and to stand in full solidarity with the Palestinian people in their right for self-determination.