A curriculum dominated by white men is unrealistic and incomplete

The public discourse about wokeness is so hot that rector Henk Kummeling says it poses a threat to the university. Irem Zoodsma, a Liberal Arts & Sciences (LAS) student, disagrees. She calls for a renewal of the education curriculum. “What’s wrong with giving more attention in the curriculum to groups who, historically speaking, weren’t in the spotlight?”

At the start of the academic year, our own rector magnificus Henk Kummeling spoke, on the radio, about his concerns regarding the rise of ‘woke’ thinking in lecture halls. He said, about the perceived harsher tone of the current academic debate: “I recognise myself in this, and it’s a threat to scientific development and the university. At a university, everything and anything can be done and said, limited by the boundaries of criminal law.” His message to the type of students who don’t wish to be confronted with certain opinions is clear: “Then you shouldn’t come study at our university.” He says this happens mainly at programmes that are most similar to those at American universities, like the Liberal Arts & Sciences programmes (whoops, you caught me, that’s us LAS-ers).

I agree with Mr. Kummeling that the influence of woke thinking is increasingly present in our lecture halls. But contrary to the rector, I don’t think it poses much of a threat, and in fact, I think it can be of added value to the academic debate. Before I explain why I think this, I’ll first clarify what I mean by woke. As I recently read in newspaper de Volkskrant, for some, ‘woke’ has become a derogatory term for privileged, progressive white folks who live in an unblemished bubble of political correctness and compete to see who’s the most woke. I don’t think that description works. I define woke as viewing the world with a certain awareness that societal systems can be responsible for social inequality, discrimination of minorities, and racism.

In the current curriculum, knowledge often comes from a specific group: the white man

There’s a lot to be gained at the university regarding what’s taught at universities, and by whom. It’s also important to remain critical of who’s got access to shaping the curriculum. The current curriculum is, more often than not, the consequence of a way of thinking in which knowledge is only found in a single specific group: the white man. Moreover, there’s still a fervent belief in the supposed objectivity of humans. It can’t be the case that only one type of human being is responsible for objectivity (if such a thing even exists). It’s something that belongs to all of us. 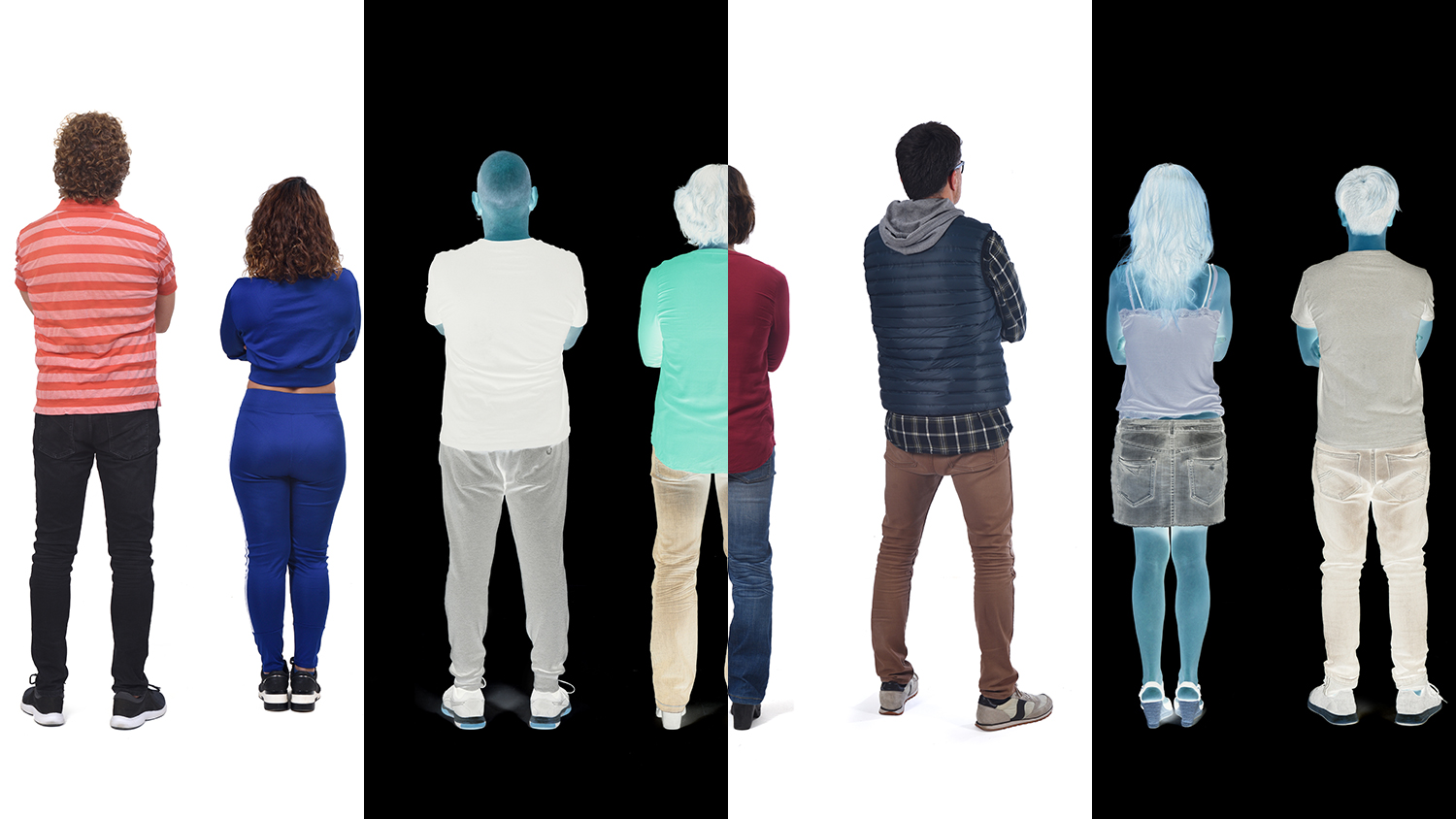 The university should be a stronghold of differing opinions; those who try to mess with it, play with fire. In the Netherlands, we’ve already seen two fiery situations in which the woke side spoke up loud and clear: the presence of Jordan Peterson in 2018 at the University of Amsterdam’s discussion platform Room for Discussion, and the lecture by Paul Cliteur at the Philosophy Night in Groningen. Peterson is criticised for his conservative, patriarchal, anti-feminist, anti-climate science, politically incorrect world view. Cliteur is blamed for ‘guilt by association’ with Baudet, and is therefore said to be xenophobic and antisemitic.

Sigh. When you read all this, it feels rather suffocating, doesn’t it?

Sigh. When you read all this, it feels rather suffocating, doesn’t it? Zooming out a little in such a heated public debate can help to regain a clear view of why the debate is being held in the first place. Because beneath the wings of wokeness, a dialogue is flying along that’s of immeasurable value if we wish to realistically assess the world around us. Within the discipline of history, people use the term ‘standplaatsgebondenheid’ (literally: location-driven; usually the English term used are perspective taking and/or historical empathy, ed.), to remind themselves of the fact that when researchers do research on the past, they shouldn’t lose sight of their own subjectivity. Disciplines like cultural anthropology and critical theory also consistently involve a subjectivity check in research. Checks like that are important to ensure you don’t lose sight of your own biases, and to ensure that those biases don’t sneak into your research. A scientist who doesn’t remind themselves of their own shortcomings before, during, and after the start of their research is an unreliable scientist. Those who accept that individuals have shortcomings, will reasonably have to assume that systems also include flaws, as those systems mainly consist of individuals’ thinking. Hence, I’d say the message woke promotes – that no one group can contain the ultimate wisdom – is a good one.

Subjectivity checks are very important to not lose sight of your own biases, and to ensure that such biases don’t sneak into your research

It’s said that history is written by the victors. That means the stories of people who don’t win are often forgotten. However, history as told by the dominant group isn’t the true history. You can’t cut and paste with your own history and reality. Yes, the Golden Age is cool, I want to talk about this! Slavery? Dutch assistance in the deportation of the Jews in World War II? Dutch war in Indonesia? No thanks, that’ll make us look bad.

It’s about time that we start writing history from the side of the so-called losers as well. That includes a thorough inspection of how the dominant paradigms came into being, and who’s responsible for it. It’s almost impossible to conclude anything but that our current knowledge systems are incomplete, and present a selective view on reality. That isn’t such a radical point of view to have, is it? That doesn’t make you too woke or politically correct? To me, it sounds as though pointing out injustice is a politically correct hobby, and therefore can be dismissed as a useless, elitist little project that won’t do society any good.

When a curriculum is made based on both winners and losers, you can only conclude that a philosophical canon in which the western world and its white men are the main supplier cannot be called a canon. It simply isn’t realistic, and it’s incomplete. There are so many people and cultures on this world who have their own ways of life that led to the creation of various philosophies. There’s more knowledge than just that from the western part of the world. Nobody can make any 'claims of truth' on reality because this reality belongs to all of us. When you only reap from one’s own intellectual genes, you just get the same knowledge dressed up in new clothes. It’s non-challenging, regurgitated, and honestly rarely innovative knowledge. It just feels like intellectual incest. Moreover: why so stressed? If all those big, popular philosophers are really that good, they can handle a bit of inclusivity and diversity.

The identification argument is weak. I’ve rarely identified with any philosopher at all.

One of the woke arguments is that people don’t identify with the current curriculum. That identification argument is weak to me. I’ve rarely identified with any philosopher at all, but I do feel respect and awe for their ways of thinking, and I admire them. But personally, I think there’s something else in that identification argument – and by that, I mean the argument I stated above. A dominant way of thinking that makes a claim on the absolute truth and reality cannot be created by a group of people. that’s called a vision, not the overall vision. Despite the fact that I think identification isn’t a strong argument, it doesn’t mean that what these people fight for is wrong. Perhaps people don’t necessarily want to identify with the curriculum, but rather, they’re trying to explain in their way: ‘hey, there’s more in this world than just you’.

At a certain point, Henk Kummeling says on the radio that you don’t belong at the university if you don’t wish to be confronted with certain opinions or insights. I agree with him. In my view, the university is intrinsically an institution of confrontation. I think that as soon as you enter the university, you need to accept that you’ll be challenged intellectually, both positively and negatively. Just like in the real world. The university cannot change into an indolent institution in which we should all think everyone’s nice and kind. It has to cause sparks, it has to grate and chafe, and we should all be able to intellectually slap each other.

In the radio show, Kummeling mentions in passing that it’s good to have a discussion about the content of the curriculum. In the next minutes, however, he only contributes to the shape of the debate, that it’s a dangerous development if people wish to retreat into safe spaces, etcetera. Yet another missed opportunity for the content of the debate – and by a rector, no less.

At the end of the class, I approached my lecturer to ask why the content of the course consisted of mainly white men

Although the discussion in public debate can be fiery hot at times, the dialogue about the curriculum is probably held in a different, more friendly manner more often than not. I took a history course about ideologies, and I noticed that the content consisted mainly of white men. At the end of the class, I approached my lecturer to ask why. “There simply aren’t any women who occupied themselves with this matter in that time.” I didn’t accept that answer, and I suggested to my lecturer that I’d go out and find a decent, female ideologist. If I found one, he’d incorporate her into the curriculum. Deal. I ended up with communist Rosa Luxemburg, and as promised, the lecturer included her in some of his lectures. It’s not all that thrilling, you know. And Peterson was still able to have his chat at the Room for Discussion, and Cliteur gave his lecture without further complications.

Afterwards, my lecturer said he’d completely rediscovered Luxemburg, and he even devoted part of the exam to her – which I didn’t pass (sorry Rosa). Because yeah, despite the fact that I can be woke at times, first and foremost, I’m still just a student.