Do his former teachers at secondary school ever think about Wienand Omta? And do the followers of his Instagram account know the bodybuilder has also written a dissertation? On Wednesday, Omta obtained his PhD at the UU for his research on IT applications in the development of medication. A conversation about big data, big muscles, and big business.

He was supposed to receive his doctorate in April. But society went into lockdown and defending his dissertation without an audience just didn’t seem like a good idea to Wienand Omta (36). “It’s a special occasion and I wanted to celebrate it in a special way.” So, Omta obtained his PhD on Wednesday, October 14 – with fifteen people in the audience, but still, in the University Hall.

Omta definitely wasn’t bored in the past few months. The software he developed during his PhD research turned out to serve an untapped market. Together with David Egan, one of his co-PhD candidates, he founded the company Core Life Analytics. With the universities in Oxford and Cambridge and large pharmaceutical companies like Pfizer and Galapagos among its clients, the company has recently received an investment of one million euro.

What type of software did you develop that makes researchers and medication manufacturers across the globe jump at the chance to use it?
“Developing new medication takes a long time, often 12 to 15 years. A lot of time goes into the preliminary studies. Our software can speed up that stage greatly. We use high content screening, a technique in which the computer automatically creates images of cells that have received a certain treatment. The software then selects exactly the information that the researchers need at that moment. Separating the chaff from the wheat, so to speak. During my PhD track, we did a case study at the Dutch Cancer Institute, where we let the software analyse 22,000 particles to find the right one. It accomplished that within an hour. When the institute did the same study by hand, it took them months.”

No scientist wants their work to end up in a drawer. How did you manage to prevent that from happening?
“During my PhD track, I created a beta version of this software. That was tested in labs across the globe. David, who’s now my business partner, saw its commercial value and persuaded me to take this step. You know, I originally started this PhD research because I wanted to become a professor. However, halfway through, I encountered the shadow sides of science. In the Netherlands, especially, there’s so much pressure to publish. As a researcher, I sometimes felt like a workhorse that just had to produce as much as possible. I sometimes fought about this with my professor. I wanted to focus on high-quality articles, not on the number of publications.”

You started your academic journey at the MAVO [general secondary education, a ‘lower’ level of secondary school], right?
“Right. I was no hotshot by any means, partially because I wasn’t being challenged. It took zero effort for me to get good grades. At the MAVO, there were excellent students and people far below the average level. You had to be either exceptionally good or exceptionally bad if you wanted to get out of there. In that time, I was a pubescent, cross, easily bored boy. I fought with a lot of teachers. There was one who stood out, though: my biology teacher. Everyone looked up to him, and many were even a little afraid of him. For his class, I did do my homework. I invited him to my PhD ceremony, too.”

So you used to spend little energy on school. What were you interested in back then?
“I exercised a lot and I loved computers. My parents only allowed me to use the computer on weekends; they thought that spending too much time on the computer was bad. So, every Sunday, I had to hand over my keyboard, and then I’d get it back on Friday. Of course I found ways around it. I’d set up my computer in such a way that I could use it without a keyboard. It makes you creative, haha! But I mostly thought: I need to study IT. That way, I’d need the computer for school and they wouldn’t take it away from me.”

From studying IT at an MBO [preparatory secondary vocational education] to the university, that’s quite a big leap. What ignited your passion for science?
“I’d been looking for ways to combine my two passions – health and computers – for a while. I first studied IT at the University of Applied Sciences in Amsterdam. That’s where I found the Master’s in Medical Information Sciences. That programme really caught my eye. As a researcher, you can fully focus on one single thing, that’s incredibly interesting to me. I always wanted to be a specialist, being really good at something.”

Working out didn’t remain just a hobby either: in 2004, you became the national powerlifting champion, and you still do bodybuilding. What attracts you to this type of sport?
“Powerlifting is about strength, while bodybuilding is more about aesthetics – how you present yourself. Appearances are important to me. I love continuously improving myself. If you keep that up for years, you see more and more results. That gives me confidence. Plus, working out helps my head stay fit as well. Working out helps me think.”

Bodybuilding and science seem like two completely separate worlds. Are there any parallels?
“You need quite some determination for both. Working nights, long days, really getting your teeth into something -- these are all useful qualities in science. In my sports career, I’ve learnt not to give up. It has other advantages, too. Because I look different from the norm, people often remember me. I once called a former teacher because I’d been looking for an internship. He said: ‘oh, you’re the bodybuilder!’. He recognised me immediately.” 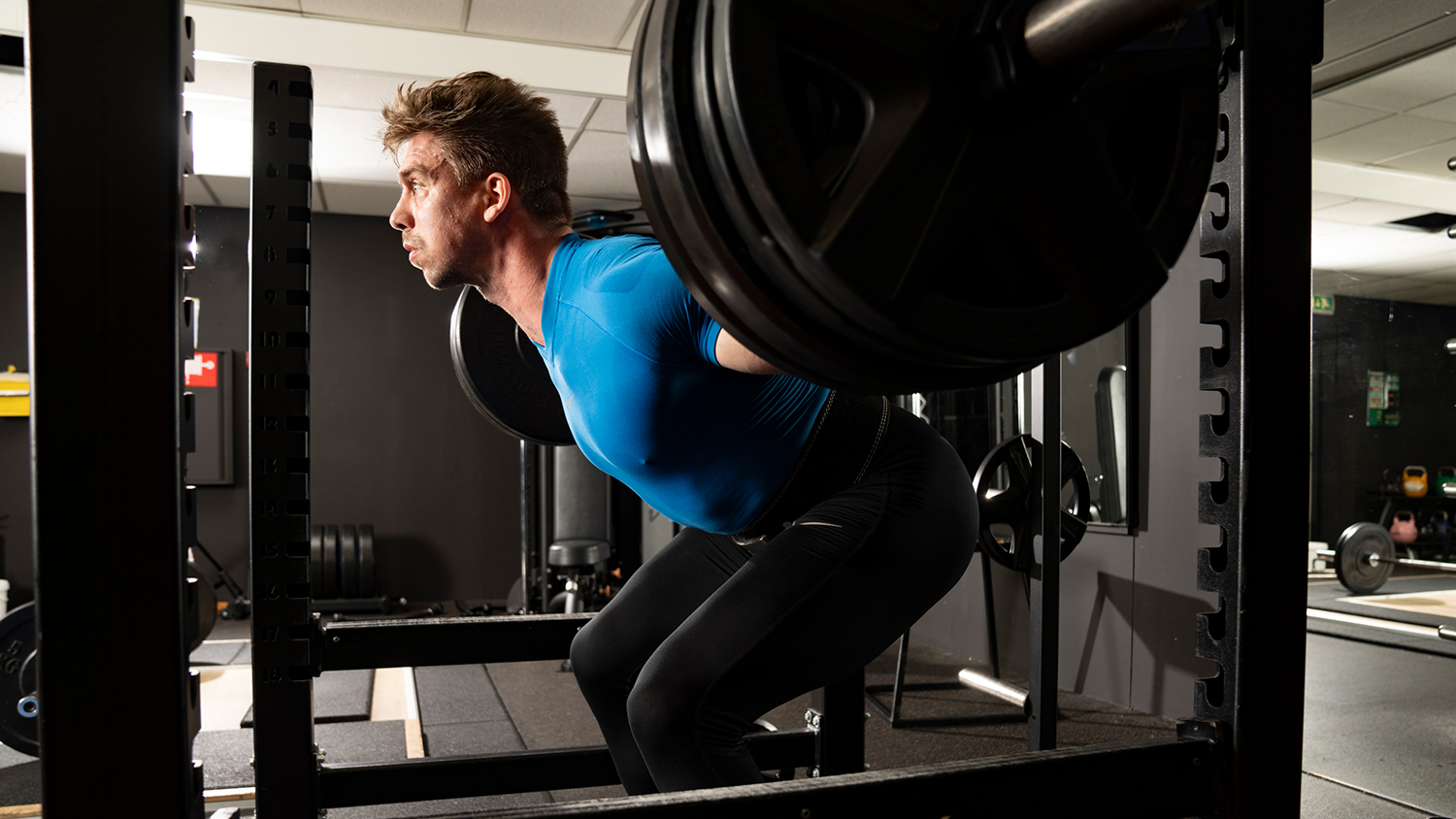 You post many photos showing your body on your Instagram account. Does that affect your conversations with customers, or your participation in conferences?
“That depends. I get some weird looks at IT meetings, yes. But when I’m in the US, I get a lot of cool responses. They immediately show me their own muscles. In that sense, Americans are much more open and free. You see the same in the commercial world: it’s easier to sell a product to an American than to a European. Dutch people in particular: they are frugal and think carefully about whether or not they really need a product, whereas an American would say ‘fuck it, we’ll try it out for a year’. I think that approach often gets you further. Because you have the guts to experiment.”

You’re dedicating most of your time to your company at the moment. Do you see yourself continuing in science one day?
“Well, I do have a dream… look, I’ve always had two types of teachers. There were people who’d been stuck in education for ages, who were basically part of the furniture. And then there were those who came to education from the corporate world – those were often the most inspiring people. I would love to return to campus that way, later, when I have a lot more experience than I do now. So I can give something to students that makes them think: wow, that’s useful to me.” 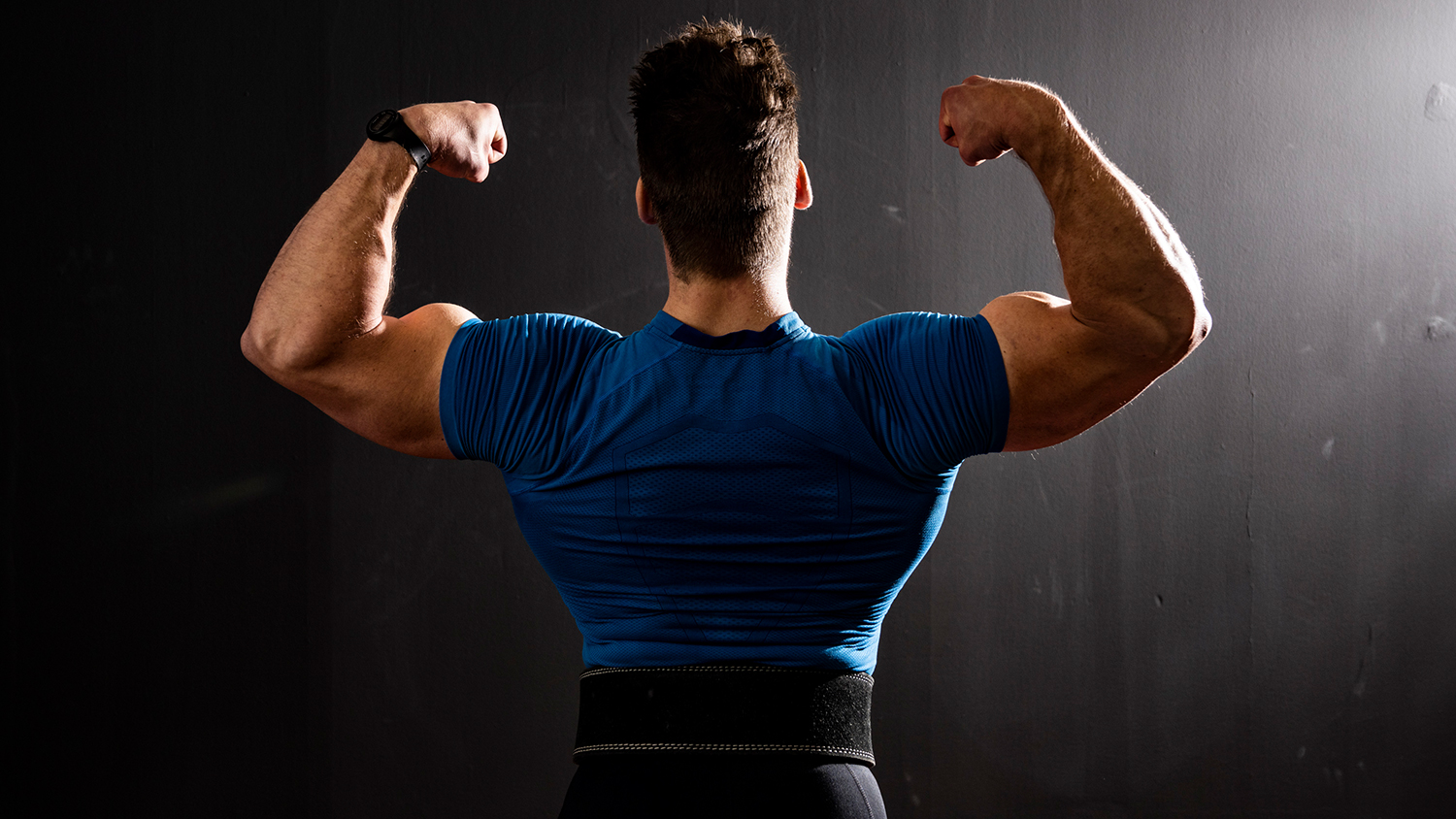