Chairwoman Supervisory Board: ‘It’s important to communicate openly and transparently’

Chairwoman Joanne Kellermann: 'I was truly impressed with how the entire university was able to suddenly turn everything around in March'. Photos: Ivar Pel

Joanne Kellermann was rather surprised when she was offered a position in Utrecht University’s Supervisory Board, back in 2014. After all, she had not studied in Utrecht, but in Leiden. She was approached by former mayor Jan van Zanen, who, at the time, was a member of the Board as well. It didn't matter to him that she had not studied in Utrecht, because he thought she had the exact expertise that the Board needed. Despite the surprise, Kellerman didn't hesitate. “A university is a beautiful organisation with a wonderful societal responsibility. I wanted to contribute to that,” she says.

Six years later, Kellerman became Chairwoman of the Supervisory Board, following the departure of the previous Chairman, Emmo Meijer. That means she’s the first point of contact when the Executive Board needs a new member, or when Executive Board's members have to be approached to review their expenses.

Kellermann looks back at her student days with a smile. She studied Law, was active with student association Minerva, joined numerous sports associations, and lived in a girls’ house by the Rapenburg, Leiden's most beautiful city canal. A house that she still visits regularly for reunions. After her studies, she started working for a law firm. Her career took her to Zuidas, one of Amsterdam's busiest business districts, and to the hectic world of London City.

In 2005, Kellerman started working for the central bank of the Netherlands (De Nederlandsche Bank). “That’s a switch I made very consciously,” she says. “In London, making money was always the top priority. I asked myself:  ‘what am I going to tell my children about my career?’ I wanted to do something with a story, with a societal responsibility.” That’s how she ended up with the central bank, where, after a few years, she joined the directorate, with the responsibility to supervise pension funds and insurers. Later, she left for Brussels, and started working for the Single Resolution Board, a European organisation that supervises banks in trouble. Currently, she’s president of the Pension Fund Zorg & Welzijn (Health care and Wellbeing). 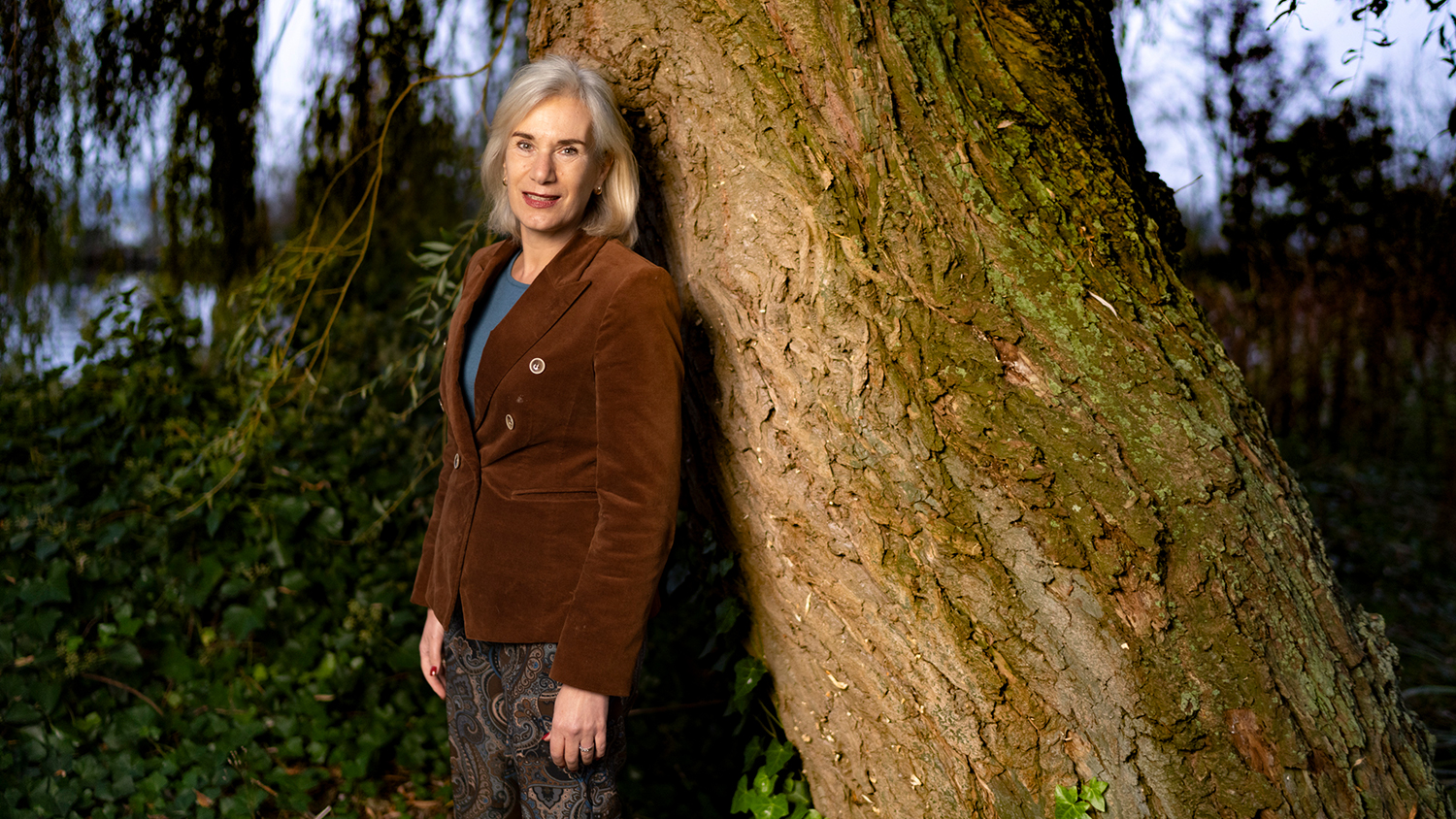 The Supervisory Board is a managerial body comprising five members external to the university, who are appointed by the Minister of Education. In your view, what is the Supervisory Board’s task?
“Our role is in the background. We meet seven to eight times a year, and we also have committees for themes like finances. The Executive Board is the one in the spotlight, they have to do it all. But we do have the role of employer as well, so we keep our finger on the pulse. We check whether the board members are doing all right, especially during difficult times. In the past few months, for example, I’ve spoken with Anton Pijpers (President of the Executive Board) regularly about the corona crisis. An Executive Board has to make some difficult, carefully-considered choices, and can use some support. I see our role as that of a critical friend. You can speak up when something’s not going well, but you can also support someone in difficult times. It can be lonely at the top sometimes.

“We also have a monitoring function. We look at the annual figures and the budget, asking critical questions about them, and we’re also a sounding board when difficult dilemmas need to be dealt with. These past few years, for example, the university has had a sizable surplus. How is that possible? And how do we, as a Board, make sure that money is spent responsibly?

“We also look at quality control. We look at visitations of study programmes and research groups. But we also look at how the university itself has organised the monitoring of quality.

As a critical friend to the board members, how do you view the affairs surrounding expense claims, considering the Supervisory Board is the main point of contact?
“It’s very unfortunate when things like these happen. As a university, you don’t want to make news this way. Moreover, it’s damaging to the board members to have all the attention directed at them like this. In this day and age, public opinion can be very harsh.

“The Supervisory Board has to analyse how these affairs started, whether we slipped up somewhere, and how we can prevent this from happening in the future. It’s understandable and justified that Board members' expense claims are scrutinised. It has to be extremely clear what is and isn’t allowed. In addition, it’s important to be transparent: the university has made some great strides in that regard these past few years.”

The Supervisory Board itself also made the news for increasing its own allowance. The increase was announced in the middle of the corona crisis. What is your view on this?
“That allowance hadn’t been increased in over ten years, and there was room to do so. There were good arguments to adjust this allowance. There are always going to be critical comments, but is that reason enough not to do it? The decision had been made before the start of the corona crisis, the timing of the announcement was just unfortunate. We consciously decided to be transparent about this and say it. We could have chosen to simply put the allowance in the annual report, which would mean there’d only be a small chance that anyone would even notice it. I think it’s a good thing that the UU is communicating more openly and transparently.”

The university is currently looking for a new member for the Executive Board. How does that process work? Will it be a woman? And are you looking for someone from within or outside of the university?
“With the input from the University Council and the deans, we’ve created a profile of the expertise and competencies we’re looking for. After that, we hired a recruitment bureau and they started a campaign. Advertisements were placed, people were approached. The recruitment period is now over, and we’re going to evaluate the candidates. I can’t say much about it yet, but I can say there’s interest in the position, and we’re receiving a lot of positive feedback about the university and the role. It’s a position many people aspire to have. As the profile states, we’ll first look for a female board member. We don’t have an explicit preference for someone from within the university or outside.”

To what extent does the Supervisory Board play a role in the creation of the Strategic Plan, the document in which the UU establishes its plans for the coming five years?
“Regarding the Strategic Plan, we provide input beforehand, and, in the end, we have to approve it. We’re not the ones deciding on the contents. That’s something the Board does along with the university community.

“The Supervisory Board made the case for sustainability and inclusivity. I personally think it’s great that the UU is committing to the Sustainable Development Goals in the Strategic Plan. I don’t mean that things have to be done differently, but rather that the UU should analyse to what extent it contributes to those goals in the things it is already doing. I have the impression that the UU is already doing a lot but isn’t sufficiently aware of the impact the university has in society with its research and education.

“I also think it’s good that the university is paying attention to community building. It’s important that students and employees realise that they form an academic community together. The university is more than the place where you study or work.

“It’s also important to focus on Open Science. That’s one of the ways to show that science is part of society, and that sharing knowledge is relevant now more than ever.” 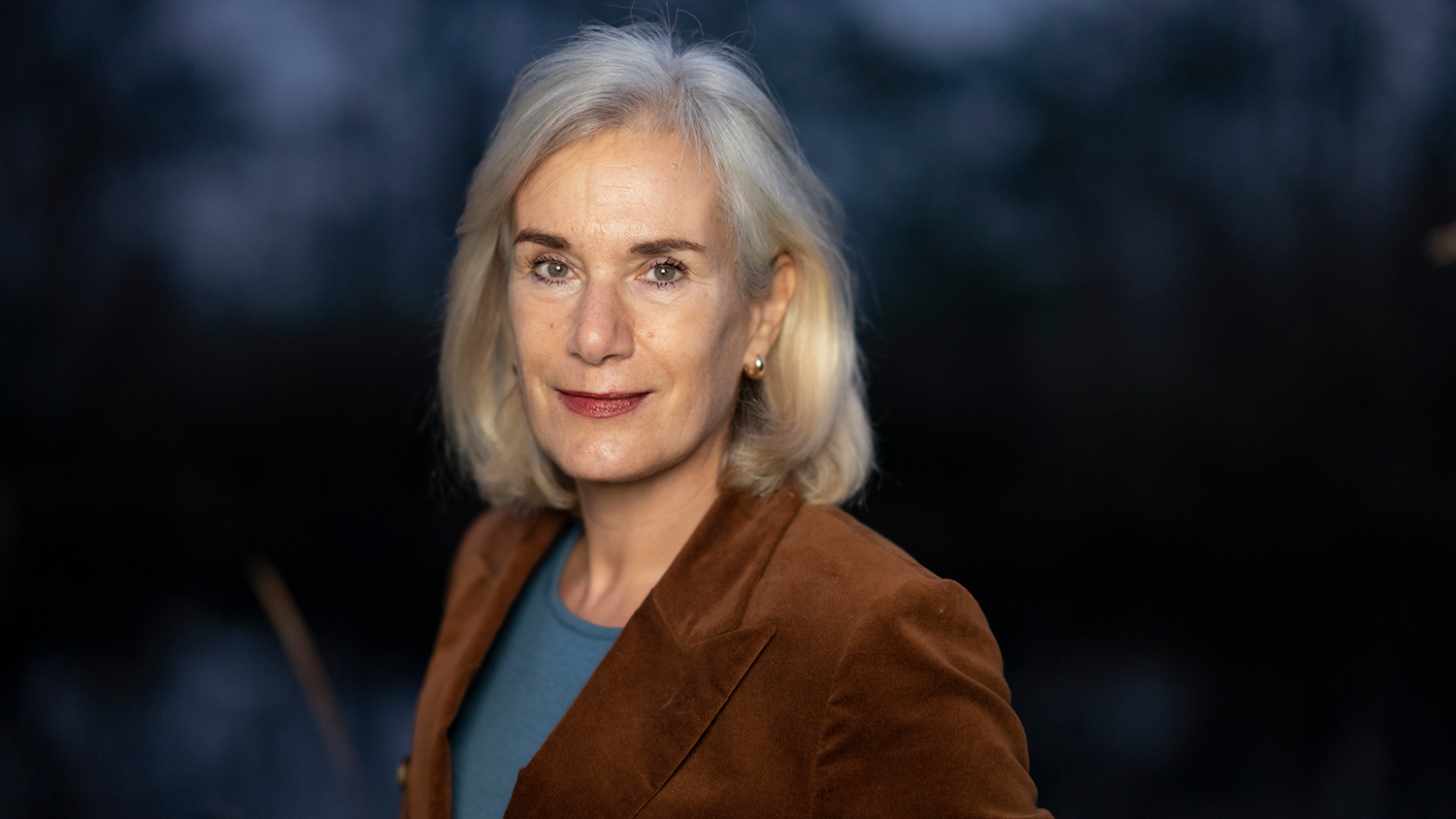 On which points could the university improve, in your opinion?
“I see room for improvement in finances. There’s a lot to win by adopting a more integral approach to finances. I often see that one person is responsible for the money, and another one decides what’s going to happen with it. The consequence is that people are very cautious in spending money. Every year, you read yet again that the university’s got a surplus. If we would bring content and finances closer together, we would get a better overview, and the university would be able to invest more effectively.”

“I think Utrecht University is doing very well. There’s a broad palette of study programmes, relevant and high-quality research is being done, and more and more people are acknowledging that. Furthermore, it’s a resilient organisation. I was truly impressed with how the entire university – teachers, students, and supporting staff – was able to suddenly turn everything around in March. The situation is definitely not fun and not optimal: we must keep an eye on workloads and student wellbeing, especially now that the crisis is taking longer. But it’s incredibly heart-warming to see how committed everyone is.”

Tags: Supervisory Board | executive board