The square at the Uithof has been very quiet these past few months. Photo: DUB

Although most companies operating on campus remain open, they are struggling to make a profit now that the number of visitors has diminished drastically. Some of them have received financial support from Utrecht University or the Utrecht University of Applied Sciences.

It was supposed to be one the busiest spots in the university: the square where the Spar supermarket, the Eat Out deli, the Primera shop, and Tricolore pizzeria are located. But those days are gone. On a gray Thursday afternoon, only a handful of people queued up for the Mo & Zonen kebab shop or entered the supermarket wearing facemasks. Furthermore, the place was practically deserted.

The university has been talking about having more businesses operate in the USP for years, but entrepreneurs are reluctant to settle there because of the risk attached to the area. We can't blame them: this year has confirmed just how much those companies are dependent on the presence of students and staff. Because of coronavirus, the campus has been empty from March onwards, apart from the people who live there. A brief upturn came in September, but turnover crashed again just a month later, when a second wave of the virus reared its ugly head.

More days open
Pizzeria Tricolore, for example, is only getting half the amount of customers it used to get. The situation could have been even worse for them, had they not chosen to do home deliveries and open seven days a week instead of five. “Otherwise, our income would be much lower. We’re delivering in Bunnik and Zeist now, and that’s going well,” says employee Leandro. Thanks to the two extra days, the pizzeria didn’t have to lay off any staff. Tricolore hasn’t received any financial support from the UU, but the university helped them by waiving the rent for the month of August. “Of course you can ask to postpone certain things, such as taxes, but in the end you have to pay them anyway,” stresses Leandro.

Support from the residents
Primera has also seen much less customers lately. Normally some 700 people visit the office supply shop daily, but now there’s only 250. “But things were much worse in March, when we got only 50 clients a day,” remembers Jacqueline, the shop’s owner. Even so, she decided to keep her retail business open throughout the entire pandemic period – after all, the store is also a PostNL point, so USP residents would have nowhere to pick up and deliver parcels otherwise. Looking to cater for their needs, Jacqueline also defined her new assortment and opening hours in consultation with the residents. “They wanted more puzzles and colouring books, for instance.” 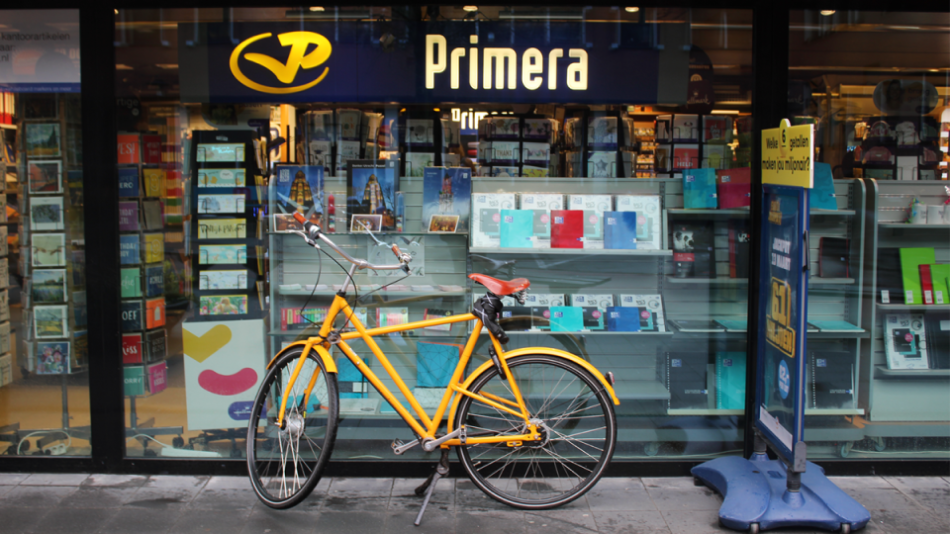 In fact, staying in touch with the people living in the Uithof has been crucial for Jacqueline. “My colleague Angelique stayed home, so I was alone here between March and June. Fortunately, many residents came here for a chat. Some even brought plants for me! Johanna’s board of governors has also supported the shop by having the winners of one their activities pick up their prizes here.” She gets emotional. “Sometimes it’s really hard. I started this shop fifteen years ago with my husband and he passed away two years ago. We really put our hearts into this.”

She thinks her business is going to make it, but it won’t be easy. Although entrepreneurs of the Primera franchise do work together, all profits and losses are for their own account. The government has been contributing to Jacqueline’s fixed expenses and the university has provided her with financial support.

Remission
The Spar supermarket also relies heavily on the Uithof’s residents for its income. The grocer’s main location is in the square, but there are also smaller Spar stores in the HU’s buildings on the Heidelberglaan and Bolognalaan. Despite the pandemic, Spar opened another ‘mini Spar’ in the UU’s Koningsberger building in September. Both the UU and the HU have waived the rent for these small retail locations, reveals Erwin Binneveld, owner of Spar University.

As for the large Spar in the square, its rent hasn’t been waived, but rather temporarily frozen. “Back in March, the day after the press conference announcing the lockdown, we received a phone call from Real Estate and Campus saying we didn’t have to worry about our fixed costs. That way, we were given some breathing space and time to think things through. That was really nice and proactive on their part.”

All businesses operating in the USP were offered a rent freeze, according to Fiona van 't Hullenaar, Director of Real Estate and Campus. As for the waivers, they were granted on a case-by-case basis: to be eligible, companies had to be able to demonstrate that they were making a loss, as well as showing how much subsidy they received from the government’s funds. They also shouldn’t have a large parent company behind them that could absorb the blow.

"This is public money that is primarily intended for education and research, so we have to deal with it ethically and be accountable for it. I cannot just give money away or provide a replacement for state aid. The aim is, and always has been, to get through this misery together, with everyone contributing their share. This is and will continue to be our reasoning,” explains Fiona.

A "significant amount" has actually been forgiven, she adds. Spar and The Basket were not given a waiver, just a rent freeze, because they both have large parent companies behind them. Primera, Tricolore, Eat Out and the food trucks all received waivers as they are small businesses. Rumor has it that one of the companies started a lawsuit, but the UU cannot say exactly what it is about.

Didn’t supermarkets make a profit, though?
Most supermarkets benefited from corona, but Binneveld’s experience was different. "I have ten shops on seven campuses, where everything shut down. Utrecht is the best one, at 50 percent.” The Spar closed its doors for six months, between March and September. Although Binneveld has received support from the government, he would rather not say how much. His heart beats faster with every press conference, hoping that campuses will not be shut down completely again.

Restaurant The Basket is owned by two big companies: Brothers Horeca Group (BHG) and brewery chain AB InBev. When it closed its doors between March and September, and then once again in the beginning of October, its five permanent staff members were able to work at other BHG locations, such as the burger joint Mister Smakers. The restaurant’s many flex employers couldn’t count on the same safety net, however. “The Basket does a lot of deliveries and pickups, so they are still running well,” according to a BHG spokesperson.

Foodtrucks
The Utrecht Science Park also has a number of food trucks, which rotate across several locations. Broodje Ben and Tour de la Frite remained on campus during the first corona wave, but the rest didn't. Mo Korkmaz, owner of the kebab stand that has been on the square for almost twenty years, explains: "It depends on what government support you get. I don't have any staff, so I don't get anything. Broodje Ben does, so it is profitable for them to be open, even if no one shows up. I would only be making a loss.” 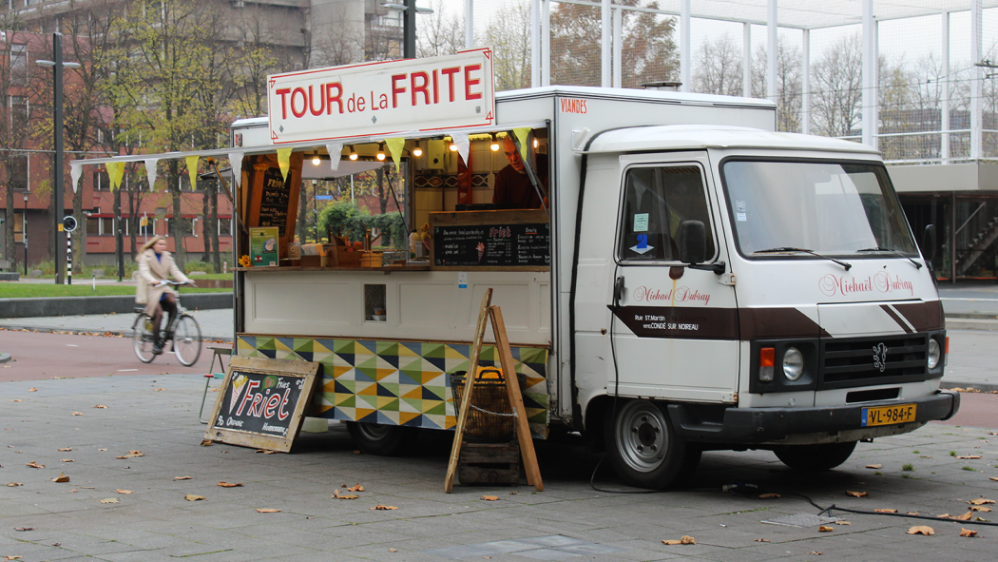 Mo used to have a fixed spot in the square five days a week, but had to join the carrousel scheme in 2018 because more food trucks started to operate in the USP. According to the schedule, he should also park his truck at the Padualaan, but he prefers not to. "Nobody goes there, so it's not profitable." That’s why Mo is in the square on Mondays, Thursdays and Fridays only, after being completely closed for almost six months. His turnover is now 50 percent lower than it used to be. “And that’s when we’re lucky. Some days it’s 30 percent. This is just disastrous, I hope that life will soon get back to normal and we’ll forget about this year.”