Arjan Stegeman on contamination of the coronavirus from animal to human, photo: Ivar Pel

Arjan Stegeman is Professor of Farm Animal Health at Utrecht University. He and Jaap van Dissel are members of the Outbreak Management Team Zoonosis, which advises the government on the human-animal-corona relationship. Following their advice, 570,000 minks were recently culled.

Arjan Stegeman, you are vice-chairman of the OMT-Z and you advise the government on corona infections from animal to human and human to animal. Why is that necessary?
"Covid-19 comes from bats, an animal reservoir. After a human being was infected and that person infected other people, which led to the pandemic, animals disappeared from the discussion. It wasn't until February that it became known that pets of Covid patients could get infected. In Hong Kong, a number of dogs and cats were infected, and then Belgium reported a sick cat. In March, a study into animals began in China: could they spread the virus among themselves? The most disturbing outcome was that cats could also transmit the infection to each other. Shortly afterwards, the news came that the whole group of tigers and lions in a zoo in New York had been infected.”

"Animals play a minor role in the pandemic, but it's important to study them, because they could potentially be a reservoir of the virus. A reservoir in animals is hugely undesirable. If people don't get corona from each other anymore, then they might be able to get it from animals if we don't pay attention. So that's what I'm advising on. Jaap van Dissel is known on the human side, and I'm doing the animal side of the pandemic."

In the Netherlands the virus has been detected in at least fifteen mink farms and Covid has been transmitted from animal to human.
"Yes. There was zoonosis in the Netherlands. Apart from China, where an animal infected a human on the market in Wuhan, it had not been described anywhere. Until this case in Brabant."

How's that possible?
"Mink can get most of the same respiratory tract infections as humans, and thus pass these on as well. Just when we were conducting a study into this, the first reports came from Brabant, where sick minks tested positive for the virus. Someone from the animal health service had come up with the idea to test the minks for Covid-19 because no other cause for their disease had been found.”

"It has now been shown that the virus can jump from human to mink, from mink to mink, and back to a human. You can prove this by studying the genetic code (RNA sequence) of the viruses. If they match, it is likely that two species have transmitted it to each other. Viruses mutate constantly, and this way you can find out how they spread."

Why weren't all mink farms culled right away?
"At the time of the first infection - April 23rd - there were no regulations for intervention. Not internationally either. That's why farms were not immediately culled. In order to find out how the disease progressed and spread in the first four farms, we carried out research on animals that had been given up voluntarily by the breeders. With the virus sequences, we wanted to find out about mutual contamination. From farm 1, 3 and 4 we saw that they were in the same cluster, and therefore had the same virus sequences. At farm 1 and 4 this was logical: the owners were family and visited each other regularly. But company 3 was one and a half kilometres from company 1 and there had been no human contact between them, however it was the same virus.”

"Airborne spread was also unlikely. We had taken air samples from the beginning, but outside the stables the virus was not in the air. Another hypothesis was that the farm cats spread the disease. Mink are fed chicken slaughter waste, and cats love that too. With the help of Stichting Zwerfkat we caught the cats and it turned out that ten out of thirty cats on farm 1 were infected. But on farm 3 not a single cat was walking around with corona. So we still don't know what the source of the infection on farm 3 is".

Could bats have spread the virus between farms?
"That's a good question, that would be an option, just like mustelidae. We haven't been able to collect samples of that yet."

As a measure, initially only a walking and cycling ban in the vicinity of the stables was imposed, but later all infected farms - with half a million mink - were culled. How rigorously should you intervene?
"When we weren't sure whether the virus could be spread by air, the ban to come near the stables was in place. And, of course, there was a visiting ban at the farms, they completely locked down. Sick people are absolutely not allowed to come near the mink, and mink faeces are not allowed to be driven across the country.”

"But what else are you going to do about those mink farms? At the first two farms the infection seemed to meet a dead end: more than 90 percent of the animals had antibodies against the virus. So there did seem to be group immunity. But the other two farms still had a very active infection. And because there were hardly any disease symptoms, it was quite possible that among the other 130 mink farms in the Netherlands there was also corona. After extensive testing, the virus also appeared to be present on eleven other farms.”

"In the end, the decision was made to clear the infected farms because in a month's time, all pups will have grown to such an extent that they will no longer have any working antibodies from their mothers, and may therefore be a susceptible population to a new wave of Covid. This infection can, according to our estimation, continue to circulate in the stables until October. What we don't want is for these minks to cause a second corona wave in humans. So to prevent the minks from becoming a virus reservoir, they've been culled."

But there are still 130 mink farms in the Netherlands. Shouldn't these also be culled?
"We considered that option at the OMT. This would prevent the minks from becoming infected as well. I'm not in favour of that myself. My oration used to be called: "Culling animals or widening the scope? So many animals have been culled over the past decades, most of them just healthy. In the case of bird flu, for example, 30 million birds were culled. People were even called upon to put their pet chickens on the street so that the municipality could pick them up and destroy them. You can't imagine such a derailed situation anymore.”

"I am fortunate that we now have a government that thinks before they cull animals. But that's apart from the fact that I, too, believe that the mink sector in the Netherlands can stop."

Are there still large outbreaks of infection among animals outside the Netherlands?
"Recently Danish colleagues asked us for advice on measures to be taken, because a contaminated mink farm has now been found there as well. Denmark is the world's largest producer of mink fur."

Are there studies into any other animals that could transmit the virus?
"We've now started a study on Covid among cats at Utrecht University. Suppose it turns out that cats can also form such a corona reservoir, what do you do then? People don't have such a close connection to mink, but those infected farm cats around the stables are still there. Do you have to 'cull’ those too? It has now been agreed that the farmers will feed the cats to prevent them from spreading the infection into the environment."

Finally, what went through your mind the moment you heard that minks were infected in the Netherlands?
"I thought: there goes my weekend." He laughs. "No, you shouldn’t write that down. You know, as bad as this whole situation is, for us scientists it is the icing on the cake. We can show what we've got, and really contribute, including policy. As a scientist, you can't wish for much more."

Prof. Dr. Arjan Stegeman (1963) ...
Is Farm Animal Health Professor
Chair of the Expert Group on Animal Diseases and Vice-Chairman of the OMT-Zoonosis
Carries out research into the spread of infections in animals
From Kampen
Studied Veterinary Medicine at Utrecht University
PhD at Utrecht University in 1995
Enjoys teaching a lot 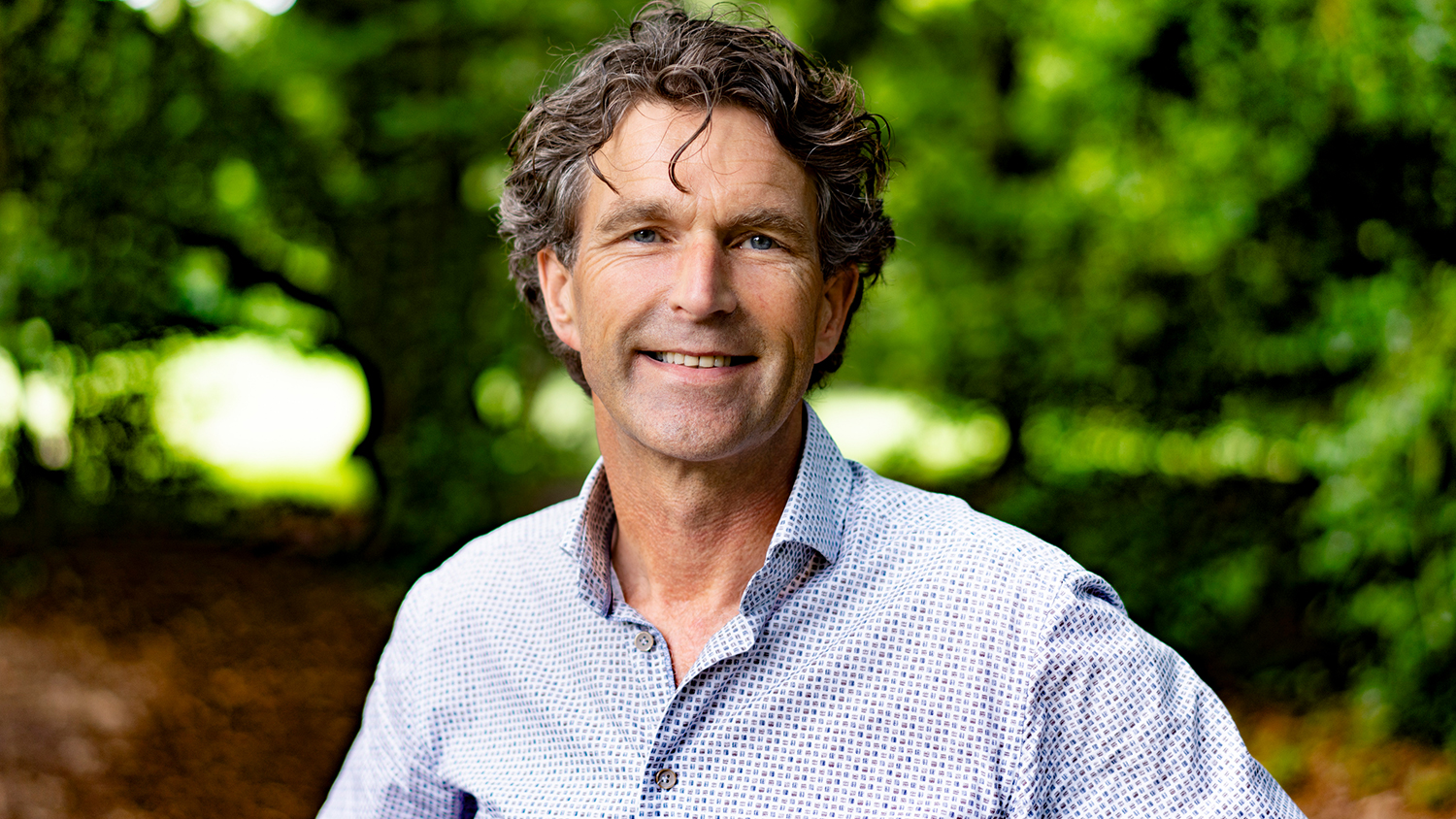