We know, winter break isn&#39;t exactly a break for many, as it is not uncommon to have a pile of things to read for the classes scheduled in January. Even so, we hope you&#39;ll also be able to read for leisure the next couple weeks. DUB selected six interesting books written (in English) by UUers – from a teacher who allowed students to ask him absolutely anything to a Utrecht city guide and a cook book with yummy recipes for all occasions.

What if you could ask your teacher anything? 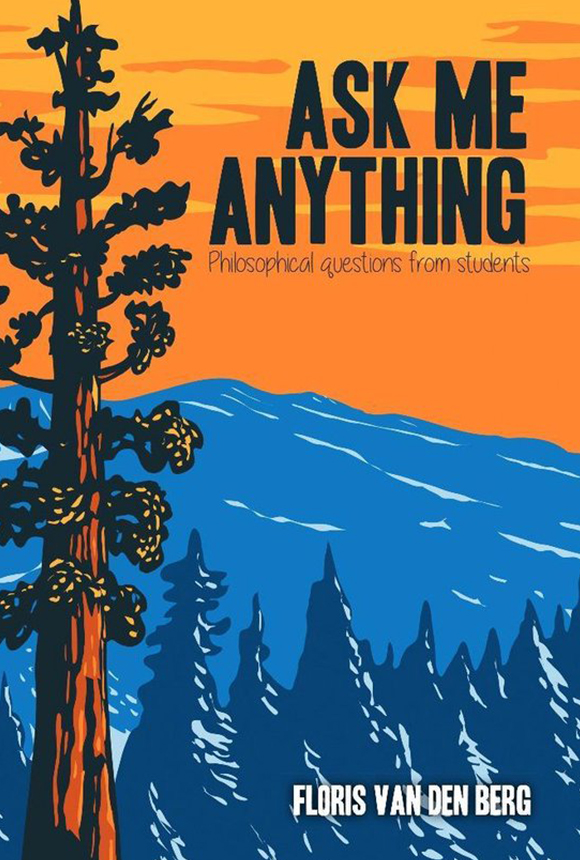 Ask Me Anything stems from the efforts of UU Philosophy teacher Floris van den Berg to make online classes more interactive during the pandemic. Using Mentimeter, he invited students to ask him… well, anything at all.

Van den Berg is a vegan activist and a vocal atheist who tends to be frank and firm when sharing his views (in what I would describe as Dutch directness at its finest). Since veganism and atheism are rather taboo, meaning that most people believe in God and/or eat meat without really asking themselves why they do so, when somebody like Van den Berg prompts them to do that, a common reaction is to feel personally attacked. No wonder most questions are from students who seem either offended or flabbergasted by the teacher’s worldview and lifestyle. But his atheism and veganism should come as no surprise considering he describes himself as a liberal to whom academia is a space to search for the truth through the scientific method (no space for religion, therefore) and who thinks we should all strive not to cause suffering to others – and, by others, he also means non-human animals.

I’d recommend AMA to anyone interested in reflecting about these and other topics. The book is also filled with interesting reading recommendations. Sadly, it lacks editing. Van den Berg carried out AMA throughout three terms, and every single question has been included in the book, which means many questions are extremely similar and so are the answers. Van den Berg says that allows us to see which topics students care about the most, but readers may feel discouraged to find “Are you religious?” on page 122 after the teacher had already spent dozens of pages approaching his atheism from different angles. (Marjorie van Elven) 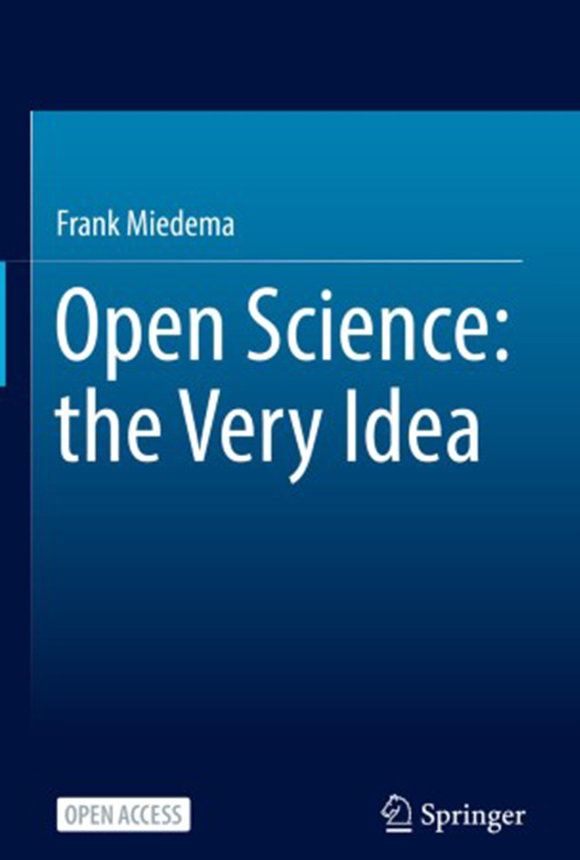 All students and researchers have probably heard the term ‘Open Science’ by now, but why is it necessary and how did the movement come into existence? Frank Miedema, Vice-rector of Research at Utrecht University and president of the university’s Open Science programme, is the ideal candidate to answer these questions. In his book Open Science, the Very Idea, he analyses the philosophical roots of the issues science is struggling with in this day and age, describing how Open Science initiatives approach them from a personal and a historical perspective.

Fraud, lack of faith, underappreciation of qualitative methods in the social sciences and humanities, and research that has barely (if any) societal impact: Miedema says many of these issues can be traced back to ineffective measuring instruments and impact scores with which we assess our research, but on a more fundamental level, it’s also our philosophical understanding of science that’s wrong. Miedema claims that most academics, politicians and journalists still view science as an objective method, free of values, that can lead us to the truth. This myth is a remnant of analytic philosophy, which has been repeatedly debunked by thinkers like Kuhn, Toulmin, Shapin, and Ziman, who approached science from a sociological or historical perspective, and in doing so, acknowledged the social foundation of science.

Miedema calls for an alternative, by putting societal issues at the top of the research agenda. Miedema’s problem analysis strongly hinges on the history of science philosophy, and as a result, institutional changes and the rise of neoliberal policies aren’t discussed much. Regardless, it’s a valuable book for those who wish to know more about our current research culture and the history of Open Science in the Netherlands – especially since it contains various autobiographical parts about the important role Miedema himself played in the Open Science movement. (Marcel Hobma)

Frank Miedema, Open Science: the very idea. 2021. Uitgeverij Springer. You can read it for free through this link.

Our connection to the earth, since the beginning of time 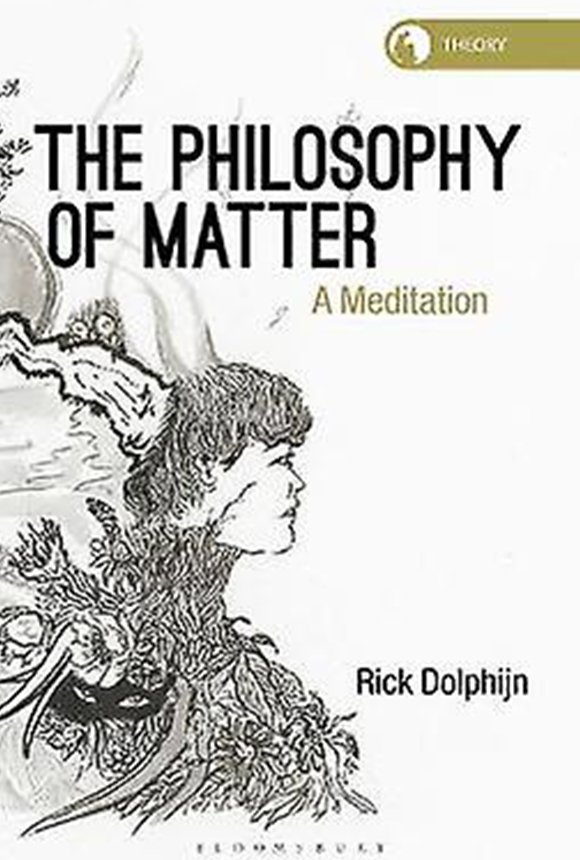 The philosophy of matter is a concise yet focused book delving into the relationship between the turbulent life we currently live and the planet. Although it is a 'meditation', sharp, fierce points of view crop up here and there: “It is time we realized that the earth is not ours, but that we humans are in fact nothing but mold on the Earth's surface. Or rather, the most destructive life form Earth has ever known.”

We have ideas about our relationship with the Earth that are far removed from Earth's logic and yet, as "humanistic" ideas, they last a long time. Dolphijn introduces a timeless human being, a 'geometer', which from prehistoric times related to the relationship between prediction and the real chaos of newly discovered territories. Humans gradually changed into 'economists', literally someone 'who runs the household'. That's where it went wrong, as the economist works with overtly simplified facts and figures. Dolphijn calls  this human a "social scientist with agoraphobia". During the transition from the geometer to the economist, came the invention of the family as a social construct, and from it religion, humanism and capitalism. Far from social, mental and natural ecology and the non-human reality, this new society blossomed.

It leads to the central point: the rift that breaks open the earth and the wound that breaks open the body. These fractures and wounds are to be found in the undercurrent of life. The geometers have not disappeared; for example, in the Japanese writer Murakami, Dolphijn recognizes a real geometer. His argument demonstrates the importance of these people, who continue to reinforce our timeless connection to the earth. (Roel Weerheijm)

The connection between Salman Rushdie, Reve, Wolkers and 't Hart 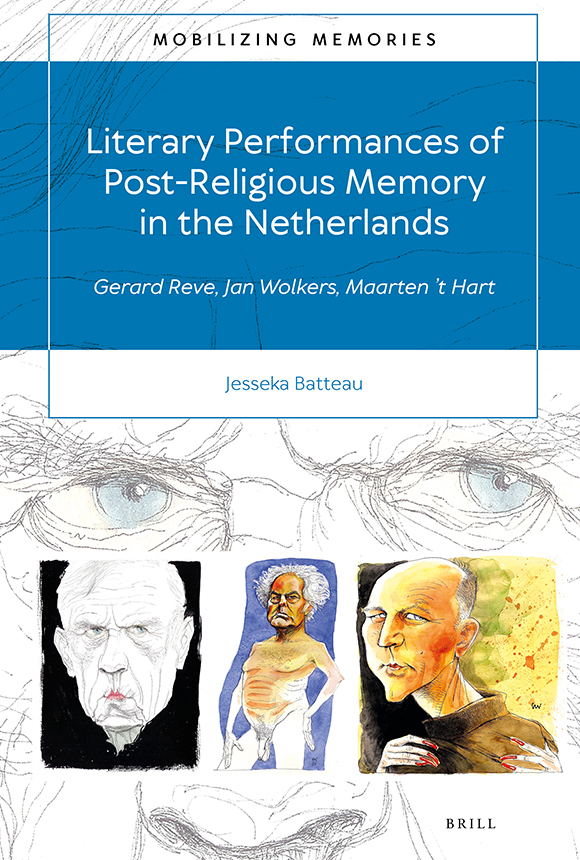 UU literary scientist Jesseka Batteau transformed her thesis, Literature and the Performance of Post-Religious Memory in the Netherlands: Gerard Reve, Jan Wolkers, and Maarten ‘t Hart, into a book. In it, she investigates the role these authors played in the 1960s and ‘70s in the secularisation of the Netherlands, looking at the influence exerted by bestsellers like Nader tot U (Reve), Terug naar Oegstgeest (Wolkers) and Een Vlucht Regenwulpen (Maarten ‘t Hart). She also looks at the role held by these high-profile authors in public life. Reve caught the public eye thanks to a number of televised interviews, among which an infamous one in the Holy Heart church. Wolkers was the poster child of activism and sexual freedom, while Maarten ‘t Hart went on television dressed in women’s clothing. They were icons who played a role in secularisation, thanks to their works but also their performance in public. The fact that their works were partially autobiographical strengthened this effect.

One of the most interesting propositions of this book is the connection Batteau makes between the three Dutch authors and how Satanic Verses, by Salman Rushdie, was received. Muslims regarded the book as blasphemy, showing little understanding for the literary fiction. Batteau sees a parallel in the ‘60s and ‘70s, when fundamental Christians also qualified the works of the aforementioned Dutch authors as blasphemy, with some even wishing to keep the books from view or ban them. Their actions ended up having the opposite effect: the authors got so famous that their work and personalities contributed to the secularisation of society. Female authors weren’t in the picture, she writes, as their voices only rose in the past few years, with authors like Francisca Treur and Marieke Lucas Rijneveld. For international students, the book paints a good picture of moral changes in post-war Dutch society, although the study of the authors and the literary theory contemplation will be overly detailed for most readers of the book. (Ries Agterberg)

Going out in my city: A Utrecht-native about Utrecht 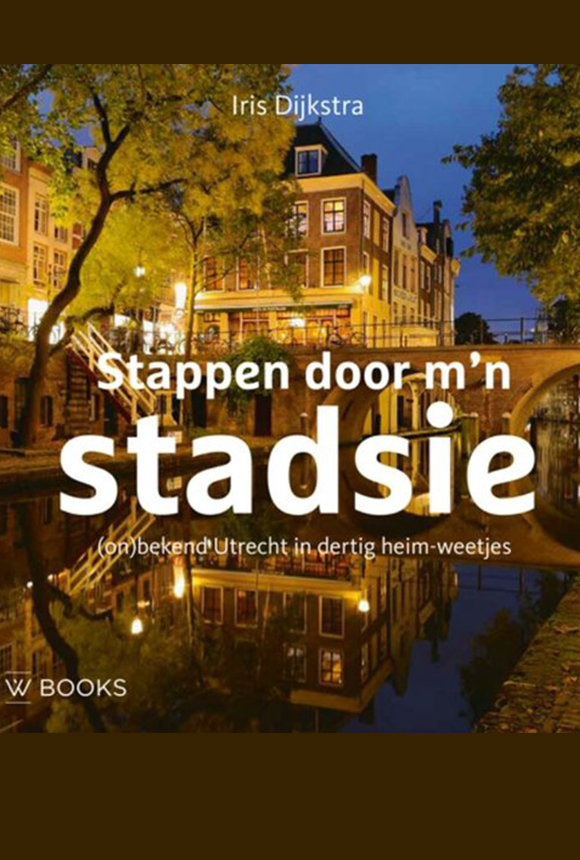 "She was once called 'Europe's pearl'. Anna Maria van Schurman (1607-1678) was a wunderkind who could do basically everything, but she wasn’t allowed to go to university because she was a woman.” That's how the fourteenth chapter of Stappen door mijn stadsie, by Iris Dijkstra, begins. The story of Anna Maria van Schurman, the first unofficial female student at a Dutch university, had long been lost in the past, but it should be told more often. And it's featured in this lovely book about our city.

Dijkstra has a PhD in psychology, but she’s been working for years as a tour guide in numerous cities of the Netherlands. She says Utrecht is her favourite place to work. In her richly-illustrated book, she gives tips about the city. In thirty topics, subdivided into eight themes, Dijkstra takes the reader to places in Utrecht that are easily forgotten about, but where ‘former glory’ and ‘famous ladies and gentlemen’ are still very much alive.

In her research for this book, Dijkstra discovered a number of fun facts and stories that few people know about, thus debunking a bunch of stubborn myths about the city. As a result, the book provides the answers to questions you didn’t know you had, but wouldn’t have wanted to miss. That makes the book more interesting than your regular city guide, even for those who assume they already knew everything about the city. Sometimes, Dijkstra repeats herself, like in the chapters about the Kerkenkruis (church's cross) or Saint Martin, but it never gets boring. (Martine Jansen) 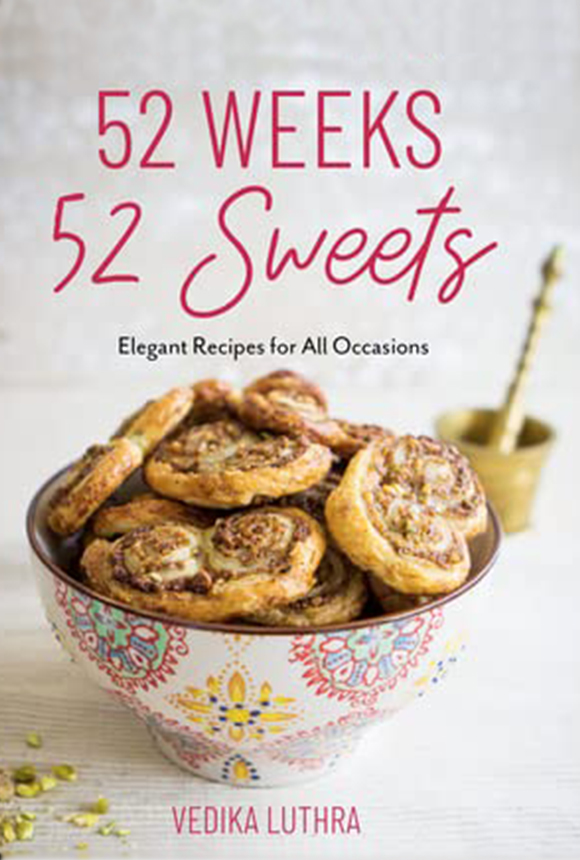 It doesn’t happen that often, a student of Legal Research publishing a cookbook. Luthra is known for her cooking and baking platform Hot Chocolate Hits, where one can find some of the recipes in the book 52 Weeks, 52 Sweets.

If you're not into sweets, this is not the book for you. Recipes include simple, fool-proof cookies and a decadent hot chocolate that makes one wonder whether it actually needed to be in a book, to rather complicated recipes. The mixture of level and recipes offers a nice variety.

Each recipe starts with a pleasant introduction, sometimes containing a personal stories, or explaining hy Luthra gave her own signature twist to the original recipe.

For this review, I made sure to bake some of the recipes in this book, including the No-bake Raw, the Vegan Brownies, the Lime and Coconut Cake, and the Snowball Cookies. I used my neighbours as test subjects. Lucky them!

It’s hard to find good vegan recipes, so it was my vegan neighbour was pleasantly surprised when I gave her the brownies. The recipe is rather simple and the proportions give it the right chewiness. A tad salty perhaps, but that offers a nice contrast to the sweet dates.

Lime and coconut is a delicious combination! But one thing I never would have thought of is to pour coconut milk into the cake batter. It does wonders for the cake’s texture, but do make sure the cake cools off properly before you take it out of the baking tray.

Lastly, the Snowball Cookies, which literally look like little snowballs. This fool-proof recipe is truly fool-proof, and the author advises to experiment with it according to your own taste. I stuck to the basic recipe, but I do have to say they’re a little too sweet for me. But they’re good to eat at Christmas with a cup of coffee or tea!

Some of the recipes in this book are very seasonal, but at least you’ll be able to bake something new every week. And if not, you can make your mouth water just by looking at the book’s fantastic photos. (Matthijs Meulblok)