Student Dean and Staff Confidential Advisor Paul Herfs has retired. Throughout his career, he has helped countless students and PhD candidates who had gotten stuck to reach the finish line. In his roles, he talked compellingly, dedicated himself to cases, and always emphasised common interests. "The university must not lose sight of the human aspect."

"They used to call me a terrier on the handball field. No opponent could get past me. As a circle runner, I got hit a lot, but I also dealt out a lot. It was never about knocking someone to the ground, but rather about preventing them from making a shot. You can do that in a very dirty way, by giving him a jab on the jaw, or in a decent way, by quickly blocking your opponent's throwing arm. I chose the latter, so that referees would never see me as a dirty player.”

"I think I was a terrier at Utrecht University as well. I really dedicated myself to improving opportunities for foreign doctors. Until the early 1990s, the procedure was rather simple: a doctor from outside the European Economic Area (EEA) could start working immediately under the supervision of a Dutch doctor. If the supervisor later reported to the Ministry that the foreign doctor’s performance was 'okay', then they were no longer required to have a Dutch diploma. Suddenly, that wasn’t possible anymore and doctors were reporting in masses to universities’ medical faculties."

Foreign doctors felt left to their own devices

"At the time, I was serving as a student dean and dealing with all foreign applications. Doctors felt left to their own devices. They assumed that the Netherlands is a well-organised country and everything would be self-explanatory, but the information about which diplomas were required was actually hard to find. So, I tried to help them -- individually and at a higher level as well. I founded the Commissie Instroom Buitenlandse Artsen (Committee for the Influx of International Medical Graduates), which screened and distributed students across the eight medical universities in the Netherlands. I also wrote a dissertation with recommendations for better procedures. But the situation for foreign doctors remained difficult.

"Tomislav, for example, a Croatian who was three times my size, was once standing in front of me, furious. He was married to a Dutch woman, had been unemployed for two years and wanted to work here as a doctor. When he applied to the UMC Utrecht, they asked whether someone from the Ministry of Health, Welfare and Sport (VWS) had evaluated his Croatian diploma. Tomislav then turned to the Ministry, which launched an investigation into the status of his diploma. He had to wait nine months for the results and, even then, the only message he received was a standard note stating that the education he received in the Soviet Union had elementary differences with that provided in the Netherlands, so they could not check whether the books they used were up to Dutch standards. Considering the letter didn’t even refer to the right country, the text was clearly a cut-out from another letter.”

"He was extremely frustrated when he came to me through the consulate. I said 'I understand, but there is only one possibility for you and that is to register as a medical student in Utrecht'. He got furious, but I managed to stay calm: 'If you want to work here as a doctor, there is no other way. There is no other route.' In the end, he gave in. He took a language course, did internships for two years and passed with flying colours, as he did for the anaesthesiology course he took afterwards. Today, he works at a hospital in Tiel. I still have dinner with Tomislav and his wife sometimes. We’ve developed a beautiful friendship”. 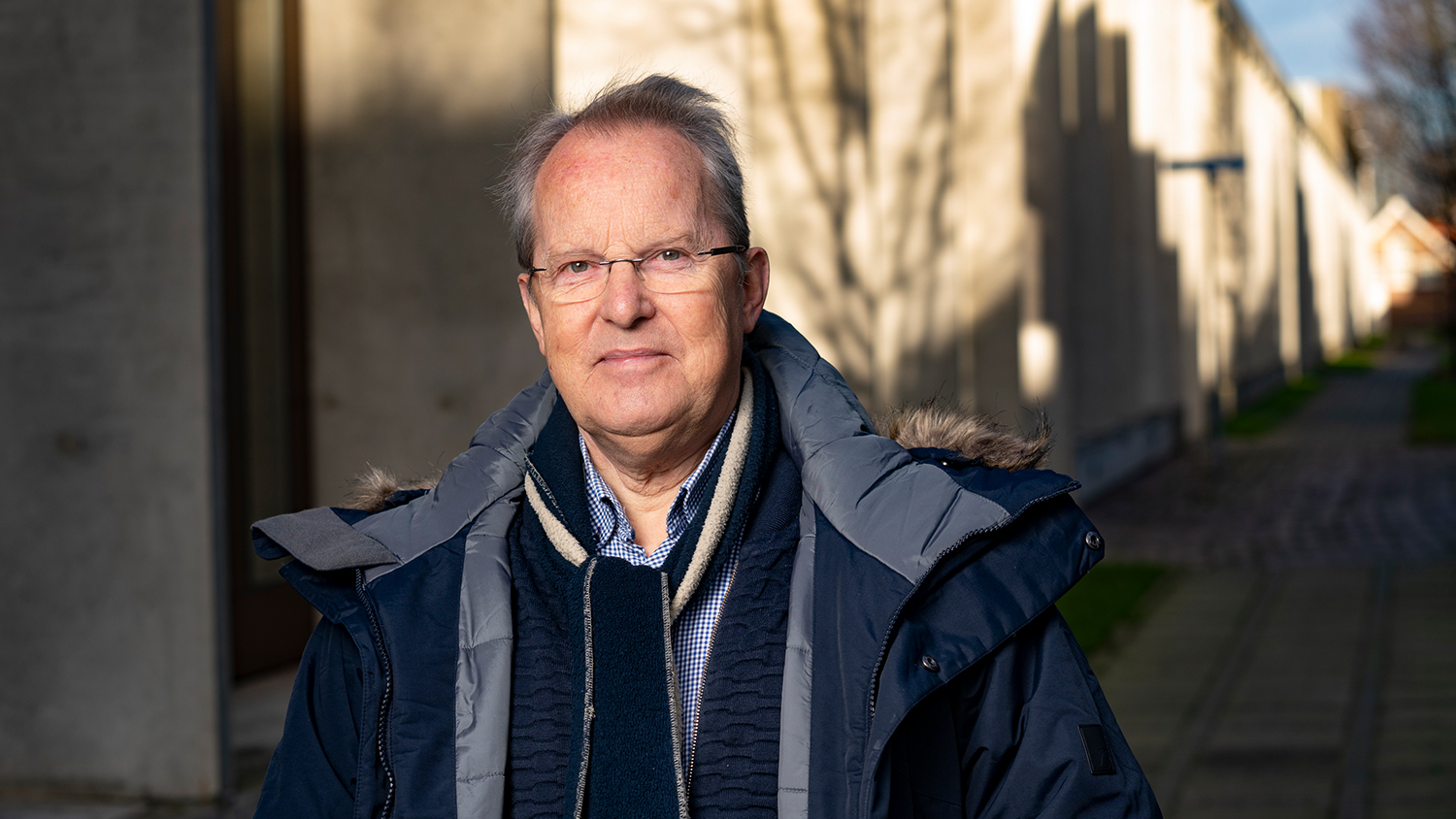 "Tomislav's story tells me that you can get far in spite of the obstacles. As Staff Confidential Advisor, the position I’ve held for the past 15 years, I have guided many PhD candidates to the finishing line. I made sure they stayed mentally healthy. They suffered from all sorts of problems: troubles with the supervisor, psychological distress… I have seen many people who had gotten incredibly stuck, but for whom quitting was not an option.

"Another example: PhD candidates who had a grant for four years, but who took longer than that to finish their research because of illness. If a department said 'no' to their extension request, they would get extremely nervous. For foreign PhD candidates, the situation is even more delicate as their residence permits are linked to their PhD research. In the worst cases, they had to return to their country of origin without their results or titles. I wanted to avoid such distressing situations at all costs. Without taking sides, I arranged talks between supervisors and PhD candidates, involving the dean if necessary. Talk, talk, talk. I looked out for common interests. It is in the doctoral candidate's best interest to get to the finish line, but it is also in the supervisor's best interest, of course. And the University’s as well. If we take that as a starting point, we often come a long way."

Hardening is a worrying trend

"It is important to listen to each other, to be open to each other's views. In that light, I find some recent developments quite dangerous. Utrecht University used to be one of the most culturally diverse universities in the country. Now we are one of the whitest universities, even though we do not want that at all. Officials will have to stand up to make foreign students feel welcome. They’ll have to organise meetings and create associations again, like in the good old days. Do something to immerse people in a warm bath. Too little is happening in that regard.

"Another worrying trend is hardening. At a meeting about personnel policy years ago, I heard that there are relatively few dismissals for dysfunction within our University: only three such cases in one year's time. The message was: keep records when people do not function properly. To be honest, I have no opinion about that, but I find that the tone and emphasis of the appeal said something about the new university climate. Everything is about hard work and performance. The fact that someone is ill twice a year is something we can't really deal with. Yet, throughout my career, I have told managers not to lose sight of the human side of things. We should be more aware of what a dismissal means to someone, especially if they have passed a certain age. Imagine trying to get back to work at 55. They may have a spouse, children, a mortgage

I never got the title of Ombudsman

"This hardening trend generates fear and conflict. In 2019, for the first time in my career I had more than 200 clients. They didn’t come to complain about the quality of the coffee. This development increases the need for an Ombudsman. Unofficially, I was already working as an ombudsman. Officially, my title was Staff Confidential Advisor, but that insinuates that I always support the reporter or complainant. But I did not necessarily do so. I strived to take a more neutral position.

An ombudsman can also investigate matters at a higher level. I have done that, too. For a certain department, I took a close look at the culture on behalf of the dean. PhD candidates felt that their interests came last: they were not allowed to present their theses to the outside world. I spoke to everyone in the department and wrote a report with recommendations. The dean then talked to the relevant professor about what needed to be changed. Such an investigation is more than what a confidential advisor officially does. Yet I was never given the title of ombudsman. The University Council made a case for it, but the Executive Board never wanted it. I don't know why exactly. But as a professional and transparent organisation, we must move in that direction."

Managers should sound the alarm as well

"In my exit interview, I suggested to the chairman of the Executive Board to at least use the internal investigation tool more often, instead of hiring an expensive external investigation agency. However, it is important that managers themselves sound the alarm. They often think that a manager should not go to the confidential advisor, but that is a misconception. If they see conflict or trouble, they can certainly report it. Too often they think that only the employees concerned can go to the confidential advisor. But for fear of losing a job, that doesn’t always happen, even though everyone benefits from a conflict or unsafe situation being resolved. There is still a whole world to be won here.

"It's a world I won't live to see and that's fine. I look back on my time at UU with a very good feeling. I was able to do beautiful things. The heavy cases that I had to deal with really moved me. On the badminton court, I could shake off the stories and I was given the space to write. I collaborated as project manager on the book Hoe zit het met staan' (What About Standing?), a language method for foreign doctors in the Netherlands, and wrote all kinds of scientific and professional publications, including on Surinamese and Antillean students, refugee students, and the law concerning complaints.

"Now, I have officially stopped working. It feels strange, because there is no emptiness. I still read my mails, I am an editor for the Tijdschrift voor Klachtrecht (Complaints Law Magazine) and I advise the Vereniging Buitenlands Gediplomeerde Artsen (Association of Foreign Certified Physicians). Foreign doctors still have to go through complicated procedures to be able to work here, so I help them with proper information, trying to make the Dutch labour market as accessible as possible for them. I enjoy being in touch with young people. As long as it is necessary, I will remain active for them. Because I, too, must and will never neglect humane matters.” 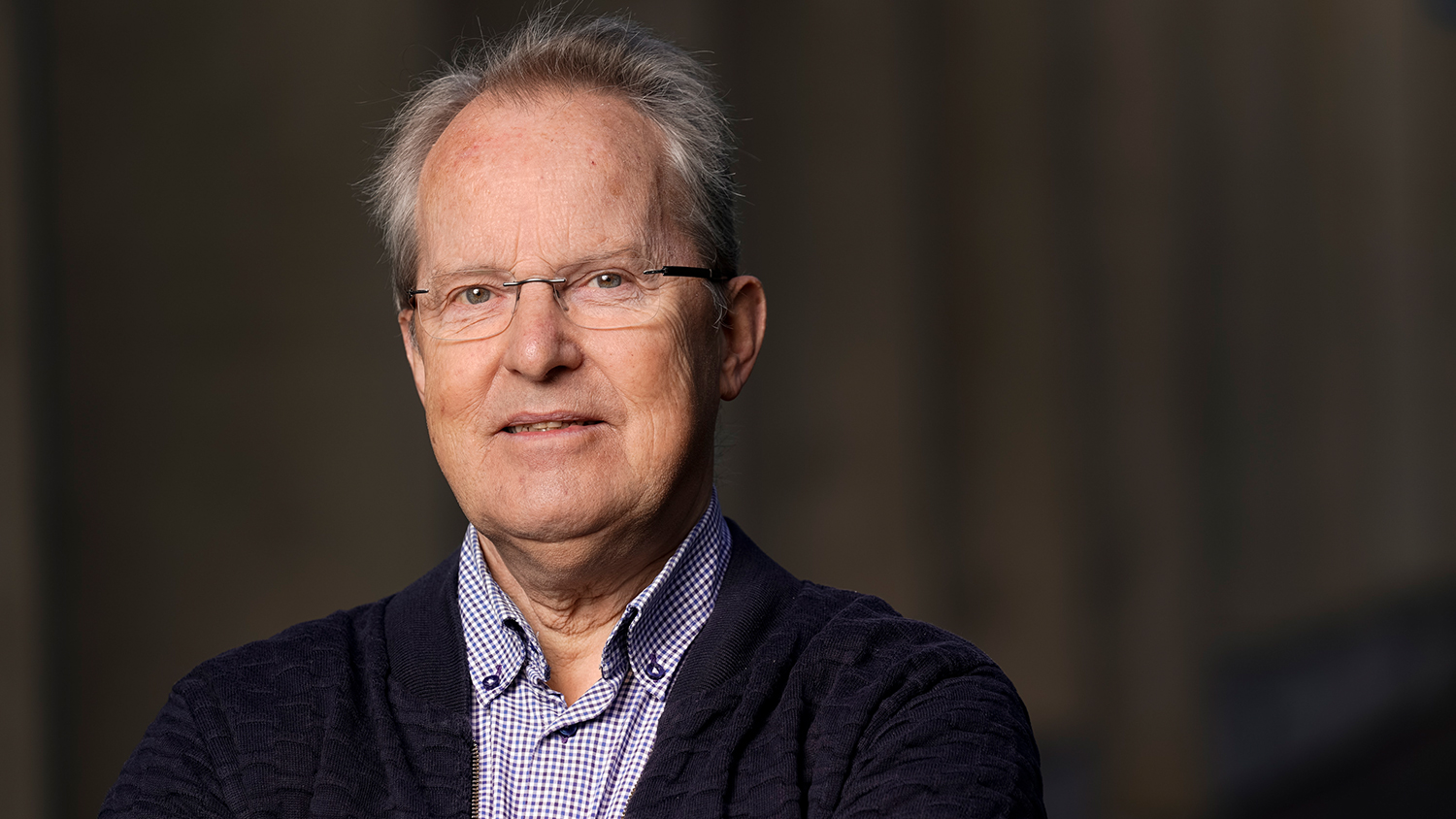 * Started as a researcher at the department of Educational Studies.
* Between 1990 and 2002, he served as Student Dean and Diversity Officer before the term existed.
* Became Deputy Director of Bureau Buitenland (Foreign Affairs Office) in 2001. Was responsible for student mobility and contacts with the Aliens Police and the IND.
* From 1999 to 2009, served on the board of the UAF, foundation for refugee students.
* Since 2011, serves as guest researcher at the European Research Centre on Migration and Ethnic Relations (ERCOMER) of FSW.
* In 2009, he obtained his doctorate with a thesis entitled 'Buitenlandse Artsen in Nederland’ (Foreign doctors in the Netherlands).