How can international students find a room in Utrecht? 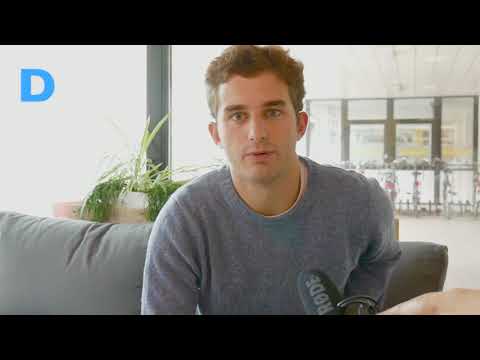 How can international students find a room in Utrecht?

It was the big hype of the summer: the growing number of international students who come to the Netherlands but are unable to find a place to lie. The media reported international students finding refuge at campsites. Student organizations Vidius and the International Student Housing Assistance (ISHA) demonstratively set up a tent camp at the Uithof to attract attention to the issue.

But how bad are things, really? DUB’s video team visited the camp site to talk to the international students – but couldn’t find any. According to the campsite’s owner, there had been three students, but each had left pretty quickly, stating they’d found a room.

Still, the problem definitely existed. In a video chat, two students talk about how hard finding a room had been. They had both expected more help from the university. Emily Swaddle:  “They acknowledged the problem, but said there was nothing they could do.” Italian student Giorgio Ponte lived in a hostel for an extended period of time before finally finding a room.

One issue in this is that Dutch students aren’t exactly thrilled to open up their homes to foreign students, according to a recently published study by ISHA. They don’t object to the foreign student’s presence, but fear linguistic and cultural differences. And so, if they get to choose – they’ll choose the Dutch student.

Foreign students who aren’t able to find a room through a social housing corporation like SSH, have to try their luck on the private housing market. The UU’s international office has noticed more and more students have tried to find their own accommodation. Generally speaking, these are rooms in a privately-owned student house, cheap hostels, or the planned student hotel; students pay more than the 300 to 500 euros a non-furnished room costs through social housing.

The university states they give prospective students a lot of information about finding a room in Utrecht. “We inform them how you can get a room in Utrecht. But we don’t give any guarantees. Students are aware of this,” says Lenn Lamkink, policy advisor Student Affairs and International Office. “We’ve also organized a webinar for international students this year, and we had trained an employee of StudentenService in answering questions international students may have, helping them find their way around the Utrecht housing market.” Lamkin says it’s important as a university to be very clear about what a student may expect in terms of housing.

It’s unclear how many students decide not to go to Utrecht as a result of not being able to find housing. The International Office says this happens a few times a year. Recently, there was a bachelor’s student who could only find a room for two months – which was too uncertain for this student. Especially the younger students want the security of long-term housing. ‘