‘I get sick of watching Netflix after a while, so why not study?'

Lecture halls are empty, but students' grades are not suffering from it. Photo: Ruud Schotting

Surprisingly, students are obtaining more ECTS credits and higher grades during the pandemic. How is that possible? Have classes become easier or have students become more dedicated? DUB went on a quest to find that out.

In February, Professor of Water Management Ruud Schotting wrote a blog post for DUB (in Dutch) in which he wondered how it is possible that the grades for the first-year exam in Mathematics are significantly higher than in previous years, despite teachers and students never having met in person. He was clearly concerned: “It can’t be the case that academic success is benefitting from this ridiculous Covid-19 situation we're in?”

Schotting isn’t the only one noticing this intriguing development. A memo from the University Council shows that, in the first block, students obtained more ECTS in their programmes than in previous years. The students with a deferred binding study advice are also doing better in terms of credits, and the number of students who drop out before February has diminished. The same was true before the summer: then, too, the average exam grade was higher.

More time and focus
DUB spoke with several students who can relate to this situation. They say that the restrictions to contain the virus have given them more time, which they now use more effectively.

Veterinary Medicine student Myrthe, for instance, is happy that she can schedule her day in a way that matches her own rhythm, which means she can sleep in in the mornings. Daan, a student in the Geography - Education and Communication Master's programme, is less distracted by things like parties or festivals, while Noor, a student of Artificial Intelligence, noticed that she’s been more energetic. “I’m less tired now, because I don’t have to commute as much. That also gives me more time to study”.

Lisanne, student of Economics & Business Economics, agrees: “Except for the loneliness, I think it’s super convenient that everything is online now. I don’t have to leave my house to go to class anymore, so it’s not as big of a step to attend them. I get sick of watching Netflix after a while, so why not study?”

A practically non-existent social life giving students more time to study is a possible explanation for the higher rates of academic success, agrees Frans Prins, education expert and senior lecturer in Education. He identified the same pattern in the survey UU made on the first block. Students were asked how much time they dedicated to their studies in comparison to the previous year, giving it a grade between 1 and 5 – 1 meaning they spent a lot less time on their studies in comparison to last year, 3 meaning the same, and 5 a lot more. The average grade was 3.4, which means that, in general, UU students are spending more time studying. “But that’s still an average: students' needs vary”, stresses Prins.

Krista Overvliet, teacher and coordinator of the Experimental Methods & Statistics course, saw most students lagging behind on their assignments last year, but they’re all on time now. Yet another example of how they're focusing more on their work. Invested time tends to be proportional to how much you learn, explains Prins, calling it the principle of time on task, referring back to the 3.4 from the survey. 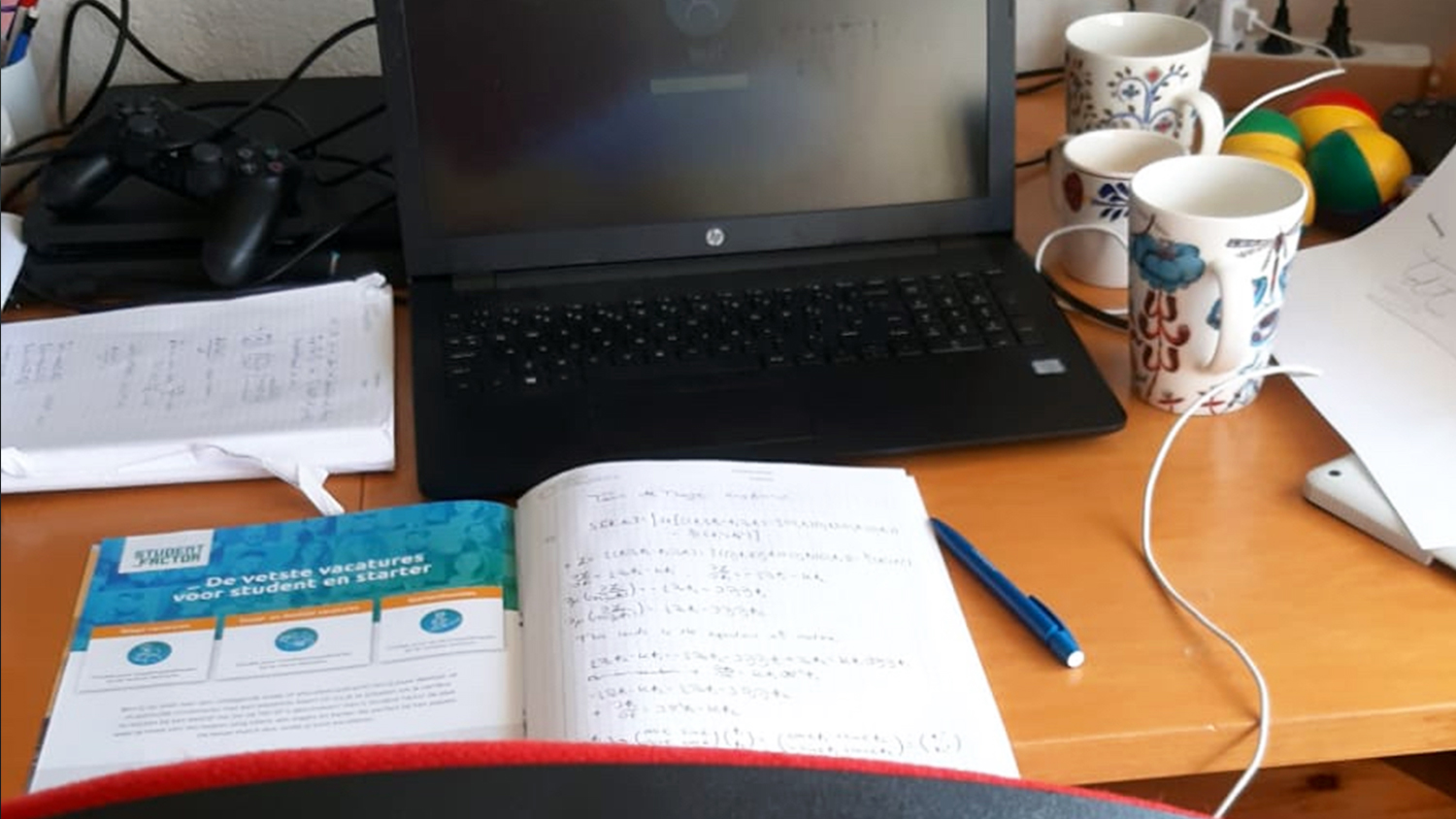 Recorded classes
For some students, the fact that classes are now being recorded means they can watch them (again) whenever they see fit, which can be an advantage. Rewatching the explanation of difficult concepts right before the exam can help increase a student’s success. Overvliet, too, stresses that we're talking about averages and personal preferences. This change might not be significant statistically. “With some students, it's better to just stay out of their way. They play their recorded classes at increased speed, in their own time. Others benefit from small-scale education, with more attention being paid to them”. Not all students need the same number of contact hours, so maybe the increase in academic success lies elsewhere.

According to Overvliet, the lack of social contact, the absense of chats between students and teachers after class, is definitely a downside, for it gives the entire group an additional chance to learn. On the other hand, the lack of distractions means the focus on homework increases. But, at the same time, it tires them out as well.

Through work groups, Overliet tries to achieve some form of social energy among students. “This switch to more work groups and knowledge clips was already ongoing at the university, but now we’re really becoming good at it”. Overvliet herself says she has more energy and time to support students who have questions outside of her regular contact hours. One of the reasons is that she doesn’t have to commute as much. 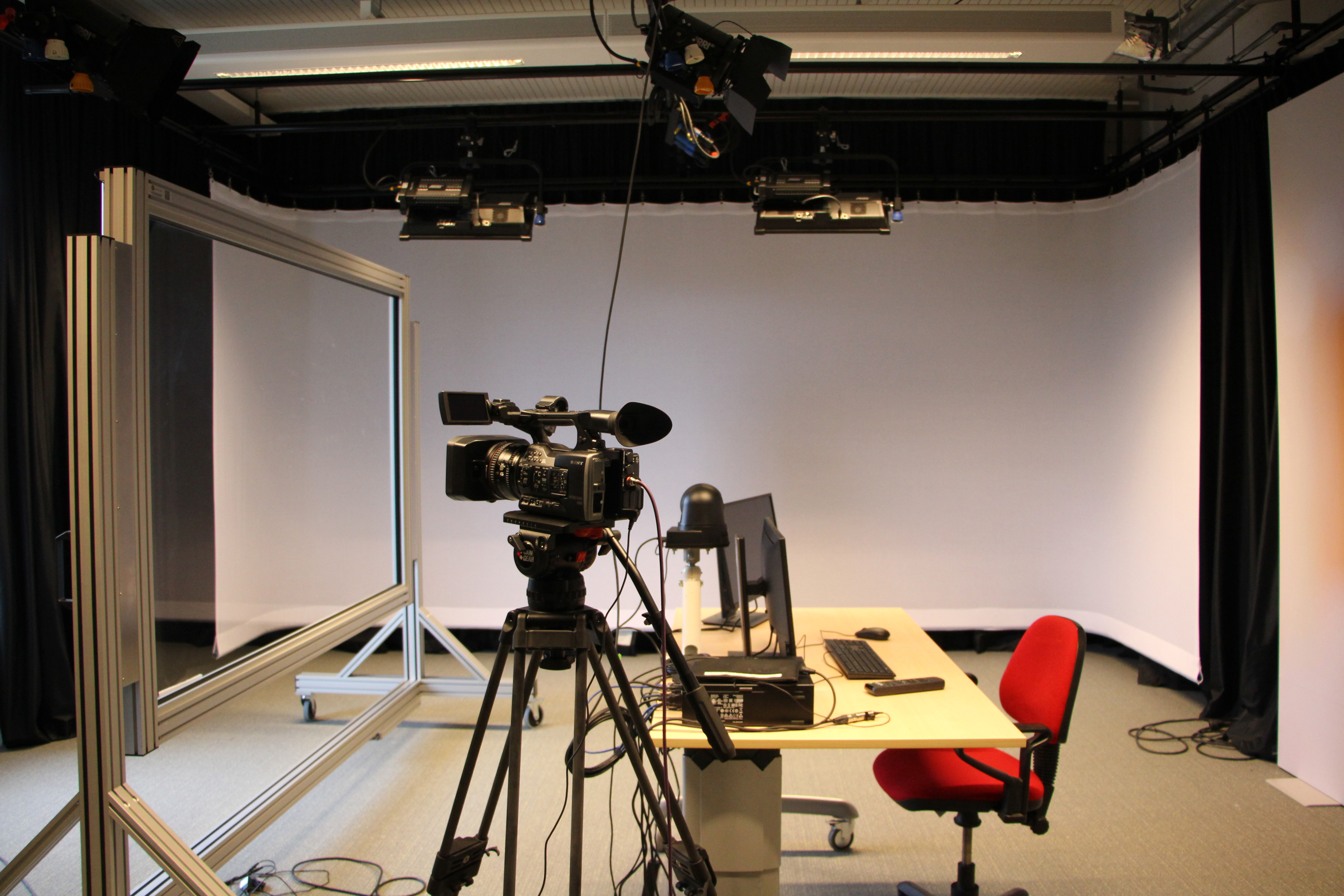 Different exams
It isn’t just that students have more time to study: the way the exams are set up now can also be leading to better results. Geertje, student of Artificial Intelligence, likes the proctored exams. “I don’t really see the point of taking exams in a huge room filled with students. There are a lot of people around you, and that’s just distracting. Being able to take an exam in the peace and quiet of my own room helps a lot”.

Educational expert Frans Prins acknowledges that proctored exams can be helpful for some students, but once again emphasises that other students may have a different preference. Some of them may actually experience more stress from proctoring. Besides, not all exams can be taken remotely. Many exams at the Faculty of Science, for example, must still take place at the Utrecht Science Park (De Uithof).

“Maybe the way we're doing exams now is better suited to our learning goals”, ponders Prins. But that’s still hard to compare, because the remote exams of the Covid era differ from the exams of previous years. Prins explains that an exam format's effectiveness varies from student to student. It would be helpful to analyse whether students could take the same exam in another format in the future, for example by allowing them to choose if they want to take it on campus or through proctoring. "Whether that's fair... That's a whole other question. It could reduce the validity of the exam”. 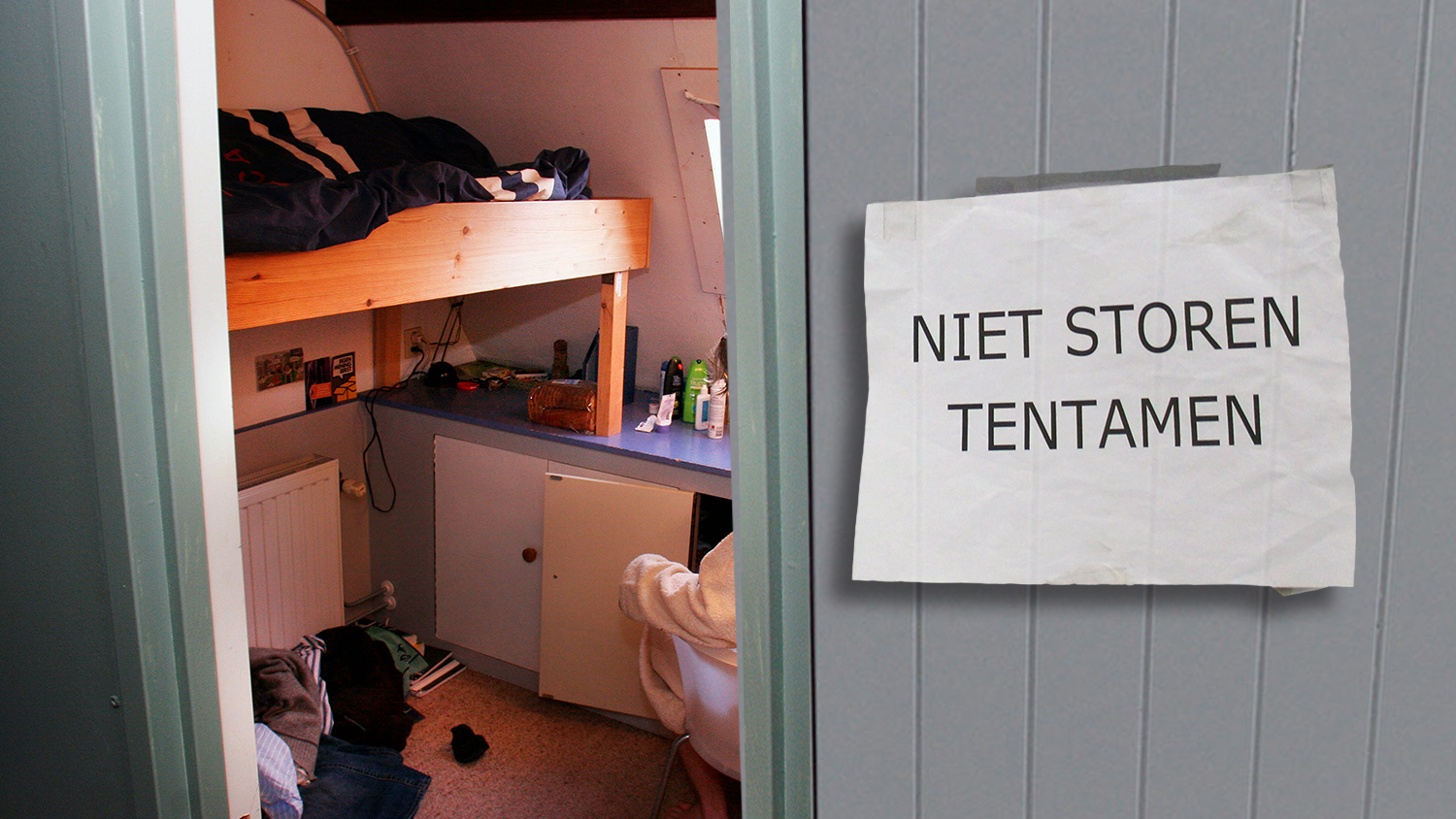 Additionally, exams aren’t always the norm anymore. Many teachers have stopped using multiple choice questions, favouring open questions which call for more critical thinking. This way, tests resemble open-book exams or written assignments more and more. Ton van Rietbergen, Assistant Professor of Geosciences, has ditched exams in favour of essays with strict deadlines. Students are provided with instructional videos and mandatory readings. “To my surprise, I received elaborate answers that were often so good that I added them as answer models to Blackboard. I can also use them in a new course book”.

He knows for sure that the change didn't make the assignment any easier, for the questions were based almost entirely on material from old exams. He does have one caveat, though: “I noticed that students who were more motivated performed better than the ones who were struggling. They enjoyed being able to do everything individually”. It is therefore possible that a certain group of students have raised the average grade of the whole class, effacing the struggles of others.

Missing interaction
In his blog post, Ruud Schotting expressed his astonishment at the fact that students are getting better grades despite not being able to attend classes on campus. Although teachers do their best to offer good education online, it is true that both teachers and students miss being together in class. Emilie Rademakers, teacher of the Intermediate Macroeconomics course, acknowledges that contradiction on a daily basis: “I didn’t really think things were going well. It’s hard to get direct feedback from students. We’re now asking for them to give us feedback for every class using Mentimeter. Perhaps that’s why we’re using the format very consciously, and offering more structure.”

One student says that Rademakers’ method of constantly asking students for feedback means that they are less distracted, and follow the classes more intensively. "Being present in a room, using a whiteboard, is important, and it makes education more effective. It’s more natural to students, because it’s more natural for me to do”, says the teacher.

That’s why she travelled to the university to record her classes. “Commuting is annoying, but the classroom experience is worth it”, expains Rademakers. Still, she isn’t necessarily happy with her online classes. “The satisfaction I get from my job is non-verbal. I do get some verbal thank-yous after class, but it doesn’t feel the same”.

Rademakers' last sentence echoes students' feelings. They, too, would like to have classes on campus again soon. But there are lessons to be learned from the experience of having classes online, which would ensure that results remain satisfactory. “It would be great if we would continue to be able to watch classes at a later date if we’re sick, for example”, says Daan. Geertje would love to return to the lecture halls, but she agrees recorded classes would come in handy. “That way, I can finally keep up with everything that’s being written on the blackboard", she laughs.