‘Just get started with the new recognition and rewards system’

Psychologist Marieke Adriaanse and public administration expert Paul Boselie are on a mission: if the UU wants to improve science, then it needs to change the way it recognises and rewards its employees. The pair’s work group published a well-received vision document, but they also cause some discomfort among academics. “This is a culture shift and it starts now”.

Intense conversations between managers and employees are happening at all of UU’s faculties, departments, and research groups at Utrecht University. The most pressing question: how can each individual employee best contribute to the university’s shared ambitions for education, research, and social impact, not to mention the goal to strengthen the discipline?

Well, at least that’s how Marieke Adriaanse, Senior Lecturer of Psychology, and Paul Boselie, Professor of Governance, would like to see things. Last week, the Executive Board approved a vision document from their workgroup.

The document explains how the UU can adopt a new way of recognising and rewarding the work of its scientists. The main argument is that universities should get rid of the tunnel vision that focuses solely on employees’ individual research achievements.

The document’s approval will have consequences for the university’s performance review procedures. “These are broad frameworks that will need to be elaborated upon on the work floor”, Adriaanse explains. “We’re not dictating anything, because the situation can vary from discipline to discipline.”

In Utrecht, you don’t have to explain where the idea comes from

Today, most universities claim that their most important value is to help solving significant societal issues, which can only be achieved if scientists no longer compete with each other, but rather collaborate. That’s why researchers should be open and transparent about their methods, and share data and results with colleagues and society at large, from an early stage.

Many scientists only want to embrace the principles of Open Science if they’re also recognised and rewarded for the work that falls within the concept. The Association of Dutch Universities (VSNU in the Dutch acronym), in collaboration with the Dutch Research Council (NWO) and the Royal Netherlands Academy of Arts and Sciences, published a position paper in 2019 in which changes were announced.

The new SEP protocol for research assessment is also based on the principles of Open Science, which advocates not just the accessibility of research results, but also calls for changes to appointment and promotion policies, making sure that they don’t hinge solely on quantitative checklists, but rather on substance.

Marieke Adriaanse and Paul Boselie emphasise that Open Science is no longer the domain of idealists or administrative show ponies – especially not in Utrecht. At UU, they rarely have to explain why they want things to be different anymore. It’s not for nothing that their work group is a part of the university’s programme for Open Science.

Boselie: “We started our Strategic Themes ten years ago in Utrecht, where societal issues are at the heart of interdisciplinary research. There’s no other place where the importance of education next to research alongside research is emphasised so much, or where there’s so much focus on career paths based on educational achievements. Those are the roots our work group is built on.”

‘Openness’ in science and in scientific careers is also central to the new Utrecht Strategic Plan. Rector Henk Kummeling has proven to be a great supporter of the idea. 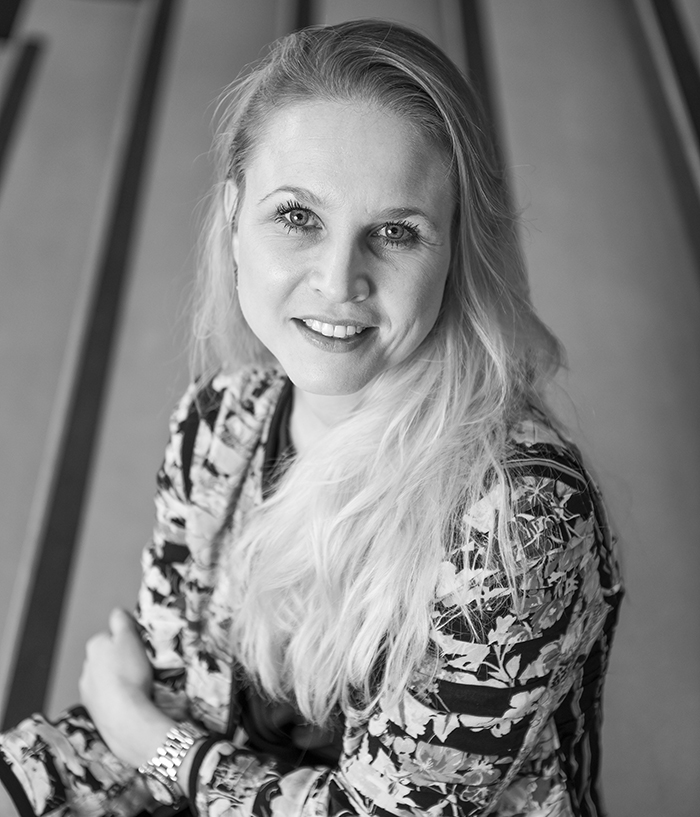 Although the importance of recognising and rewarding no longer has to be discussed, the “how” question leads to uncertainty. What will all this actually mean in practice?

In academia, ideas about the future vary. Some think that everyone will soon be able to focus on their own passions and become professor by doing nothing else, while others fear that they’ll have to be a true homo universalis, someone capable of doing everything, including coming up with a catchy tweet with societal impact.

Adriaanse and Boselie hope to shed some light on the issue with Utrecht University’s new vision document. They say they’re looking for ‘a new balance’.

The most important principle is that scientists work in a team – the collective, not the individual, is what matters. “That means the interest of the team decides which talents and skills are needed and what the best possible team composition is. That echoes the idea that everyone can focus on what they like. After all, it's like what Rianne Letschert (Rector of Maastricht University and prominent figure in the area of Recognition and Awards) always says: a football team doesn’t need eleven goalies or eleven centre-forwards”, explains Adriaanse.

At the same time, employees should be encouraged to distinguish themselves: several career paths are possible. The work group doesn’t want to let go of the currently-existing links between education and research in scientific positions, but feels there should be room for accentuation. Not just in the field of education, but also in leadership, for example, or on patient care if applicable.

Boselie: “We no longer want to have one-trick ponies who only excel in research, but that doesn’t mean all scientists need to be omnipotent unicorns either. We want to diversify. Yes, it’s still going to be possible to focus on fundamental research, but it’ll be in combination with work on a different domain. Research will no longer be the only, and highest attainable thing”.

Another principle in the vision document is that tasks related to open science, such as sharing data or collaborating with societal partners, will be recognised as scientific output. The idea is to prevent them from being seen as annoying chores.

Qualitative criteria will have to weigh more in all performance reviews and evaluations. “Those conversations about simplistic metrics still happen in some places. Like: ‘what’s your h-index compared to that of your co-workers?’ That has to end.”

Is the best kid in the class also a good manager?

The success of all these measures will depend on the qualities of managers within universities, the work group states in the document. In that respect, there’s a lot that can still be improved at the university, says Boselie.

“At the university, we’ve got what I call a ‘talented amateur model’. As the best kid in the class, you’re appointed to the position of leader, without knowing whether or not you have those competencies. Management has become a profession in itself. We’ll have to do better in selecting and training our people, and managers need to have the time to perform their tasks.”

Managers will need to be able to have an honest, substantive conversation with their employees about their ambitions and available possibilities. It’s a perspective that worries some established scientists with management duties – especially if they need to be aware of different career paths.

Adriaanse: “That will take some getting used to, but it’s also what they will be evaluated on themselves. They’ll need to be able to explain how their team is doing, as well as how their employees are developing themselves”.

Non-scientific staff also need to be recognised and rewarded

The response to their approach is mainly positive, say Adriaanse and Boselie. They’ve got the full support of the Executive Board and the faculty deans. But young scientists in particular are the most enthusiastic, despite all the uncertainty the change brings. The two refer, among other things, to an initiative at the UMC Utrecht, where PhD candidates decided on their own assessment criteria.

But there are some caveats as well. The vision document doesn’t mention non-scientific staff at all. Within the Open Science philosophy, one must focus on the fact that they, too, are part of the team. “We make science together” is one of the mottos.

Paul Boselie acknowledges that more Recognition and Rewards policies should be implemented for supporting staff as well. In the past few months, there were several instances in which he noticed that this group has a great need for it as well – something he thinks scientists don’t realise. “It’s possible that the name of a data specialist, whose contribution was incredibly valuable to the research, isn’t mentioned anywhere”.

Moreover, universities are looking for ways to strengthen connections with employees that are difficult to recruit, such as those in IT, Finances, or HR. “The combination with scientific research could entice someone to work for Utrecht University, instead of Google.”

For that reason, the work group tried to find ways to end that watershed. Adriaanse: “I have to admit that we haven’t found a solution yet. But it’s on our agenda. We want to find a way for our model to encapsulate non-scientific staff as well.”

This is a culture shift, and that’s a human job

Boselie says he’d like to separate the discussion started by WOinActie from the one about the new way of recognising and rewarding. “We can, and have to, get to work now, and we don’t have to wait for more money or far-reaching structural changes.”

For that same reason, he’s hesitant about the idea HR specialists have that new, national job profiles and labour agreements are needed in order to change the assessment procedures. “If you focus on those things, everyone gets to shrug off that part of their own responsibility again. This is a culture shift, and that’s a human job. And a lot is already possible. At my own faculty, at Geosciences and at the UMC Utrecht, people are already working with the new principles.”

The professor also states that the new Recognising and Rewarding could definitely be a positive contribution to the enjoyment of work, and to career opportunities. After all, it relieves the pressure to perform that comes with the need to publish.

Moreover, managers will focus more on the development options of their employees, both at the university and beyond. The current, inadequate assistance to large groups of grad students, and hiring teachers on temporary four-year contracts exclusively for education, doesn’t match with the new way of working, says Boselie. “We might not be able to offer a job for life, but we can offer a life-long career.”

Everyone can talk to their manager with this document in hand

The work group’s next step is to show faculties the alternatives for quantifiable data, using the vision document. Adriaanse: “We’re not going to create them ourselves. There’s already quite a lot of experience with so-called meaningful metrics, based on the substance and narratives. This is more about the questions you ask than it is about a checklist. This can be a foundation for the way the faculties get to work with recognising and rewarding.”

Boselie: “If you ask me, I’d say employees could take our vision document today, and ask their manager what this means for them. That discussion needs to take place now. This is a long-term process, but we keep taking the next step.”