The canteen at the city centre is not being missed by many. Photos: DUB

After a long time working and studying from home, everyone’s trying to find their way around at the university again and that applies to lunchtime, too. After all, many UU canteens were closed. DUB asked employees and students whether they missed the canteens. Turns out that UUers in the city centre have so many options they barely miss them, if at all, while people in the Utrecht Science Park do.

This academic year was marked by the return of students and employees to the UU campus, which means many of them are having lunch at the university as well. However, many things have changed since the first lockdown in March 2020: several canteens closed their doors since then, and UU is being served by a new caterer.

In the city centre, both the canteen at the University Library and the restaurant in the Law building at Janskerkhof square are now closed. In the Utrecht Science Park, Restaurant Minnaert in the Minnaert building, the canteen in the Androclus building, Goliath in the David de Wied building, and the small kiosk in the Administration building have all ceased to operate, too.

Many students in the city centre are indifferent about the closed facilities, DUB found out after spending an afternoon talking to students in the area. "UUers often bring food from home because that's easy and cheap," one student said. That way, they’re guaranteed to have something to eat, as many students aren’t actually very well-versed in where to get lunch, snacks or drinks at the university. Others buy lunch at the supermarket, the train station, or at cafés and restaurants downtown. “If you want to eat something, just go to Neude square or grab something at Janskerkhof”, says a student sitting at a table in the space next to the former dining facility in the University Library. Freshmen don’t know any better – after all, they have never seen the canteens in the city centre. 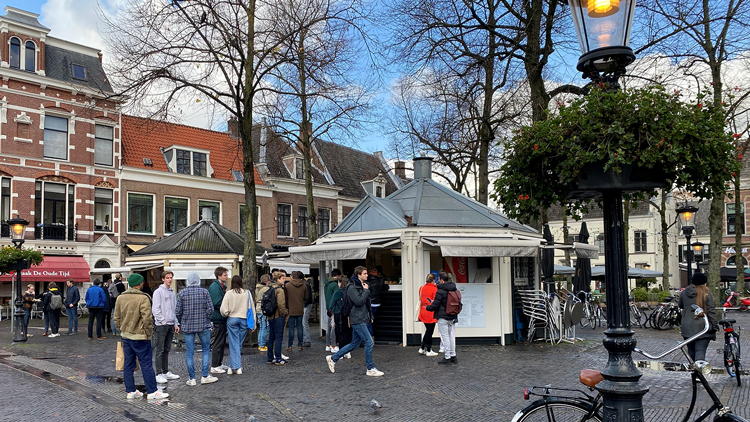 A Trans 10 employee talks with nostalgia about De Schrans, which was closed in 2012 when the catering was uitsourced. “Today, I bring my own food but I do miss the ambiance. There was always music on and it was always full of people.” Here and there, one can find students who lament that the canteens have shut down, but in general they aren't really missed. Even so, the city centre is going to get a new canteen in 2023, when the Law building at Achter St. Pieter 200 reopens following a thorough renovation, and the staff of the Faculty of Law, Economy & Governance move from Newtonlaan back to the city centre.

You could buy pizza for 3 euros

But Utrecht Science Park is a different story. Asked whether she misses the canteen, an employee in the Kruyt building says: “Yes, I miss having soup and a croquette, or a sandwich. Yeah, I really do miss it.” Another UU employee agrees: “I do miss the one at Minnaert. Their assortment was broader and included warm meals. You could sit down for a bit. Now I have to walk back to my desk to eat my lunch.” UUers say they have to walk farther to get something to eat, which means their lunch breaks are often over by the time they return. They also miss the social aspect of having lunch with their colleagues at a canteen, since now it's not so easy to sit down together for lunch.

A group of students is eating lunch in the Koningsberger building, at a table facing the Spar supermarket. One of them says he really misses the Minnaert Restaurant. “I used to always get my lunch there, and now I can't do that anymore. They had such a wide variety of food on offer. You could get a pizza for 3 euros! Now it’s just a big empty lecture hall.” Another student says: “I often go home once I’ve eaten all the food I brought, and that wouldn’t be necessary if we still had the Minnaert restaurant.” A student sitting next to her says it would be nice to get a real meal somewhere "when you’re studying until late.” 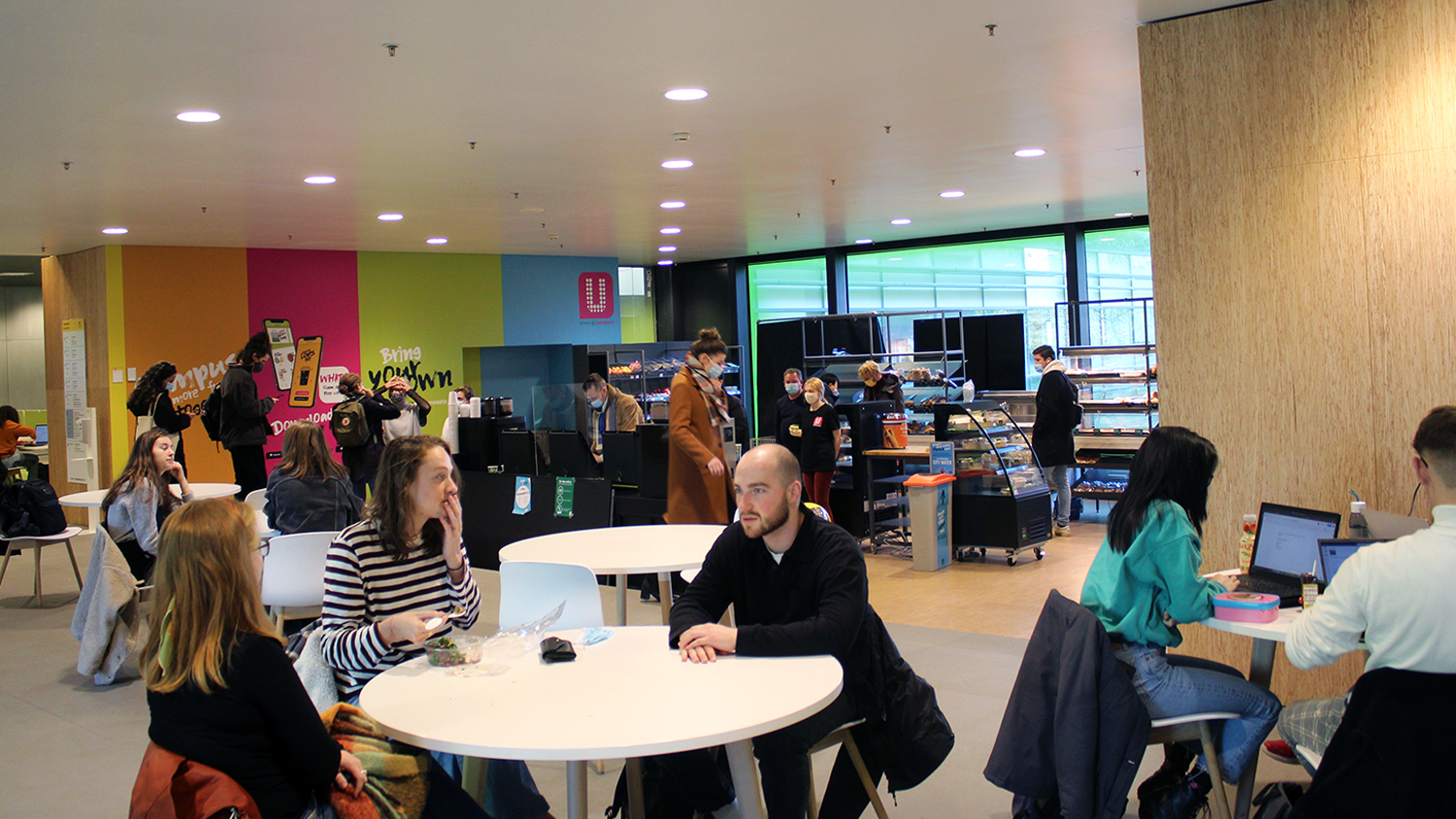 Apart from missing the canteens, their complaints about the food are nothing new: the items on offer need to be healthier, more sustainable, and hip. One student indicates that the university should make an effort to follow food trends. She would like to be surprised by the assortment, for example with more "vegan stuff". Another student just wants to "eat normal food". Her reasoning: “I don’t want to have snacks, sandwiches and things like that all the time. It doesn’t have to be complicated.”

Both in the city centre and in the Utrecht Science Park, students complain that products are too expensive at the canteens, the Spar supermarket below the Martinus J. Langeveld building, and the kiosk in the Koningsberger building. “I genuinely wonder what the target audience is at the Spar University in the Koningsberger building, because students simply can’t afford to do their groceries there,” inquires a student sitting in an association room in the Buys Ballot building accompanied by two others.

The three students are concerned and slightly annoyed with the canteen situation, not to mention that they feel the canteens should be more sustainable, which could be achieved through collaborations with local entrepreneurs. They also think that students “should be more involved in creating good dining facilities”. Study associations are trying to accommodate students' needs by offering cheap alternatives such as toasties, but that’s usually only available once or twice a week, “which is not enough”.