Is the Netherlands chasing top research away?

Next month, the first human will be treated with organoids – mini organs, grown in a lab. If it works, it’ll be a revolution for medical science, because it might bring the cure for hard-to-treat illnesses within reach. An impressive feat of Utrecht-grown innovation. Except: the treatment will take place in Japan. “In the Netherlands, it’s neither possible nor allowed,” says professor of molecular genetics Hans Clevers, inventor of the organoids. What does that mean for medical innovation in the Netherlands? DUB explores what is and isn’t allowed in research.

With his team, Clevers was the first who managed to identify stem cells in organs, isolate them, and make them keep growing in a laboratory. That led to ‘organoids’: tiny clumps of organ cells. With the right circumstances, these cultures will behave like miniature organs, which leads to fascinating possibilities. Think about creating important bodily fluids, or even types of snake venom, but also about testing new therapies, which means fewer test animals are necessary. Or, if everything goes according to plan in Japan, to give patients a mini organ transplant with healthy cells from their own bodies. That means they won’t have to wait on an organ donor wait list anymore, and the transplant won’t get rejected by the body, which would relieve the need for heavy anti-rejection medication.

It’s a Dutch invention, but the rest of the world will run with it

“When we discovered this, I thought: this is the solution to organ transplantation,” says professor Hans Clevers in his office at the Hubrecht Institute. “But we won’t make it happen in Utrecht.” It bothers him. “It’s a Dutch invention, but the rest of the world will run with it.”

He says that in the Netherlands, it was very difficult to find the money to set up a study like this in the right way. But beyond that: it probably wouldn’t even be allowed. “The admission procedure for testing medication on humans is aimed at chemical medication,” Clevers says. “Many types of medication are small molecules, but in organoids, we’re talking about long-term cultivation of cell material, giving people an adjusted form of human products. And the regulations aren’t prepared for anything like that. In DNA material, Europe is incredibly cautious, from a kind of gut feeling.”

No one can afford this, except for the biotech industry

In order to test this new type of medication in the Netherlands, elaborate research is needed on dosage and effect, and thousands of scenarios will have to be eliminated. That ensures highly expensive studies and months-long waits at different committees in charge of the approval. Clevers says this hinders the progress of medical research in the Netherlands. “Because of this, no one can afford this anymore, except for the biotech industry.” 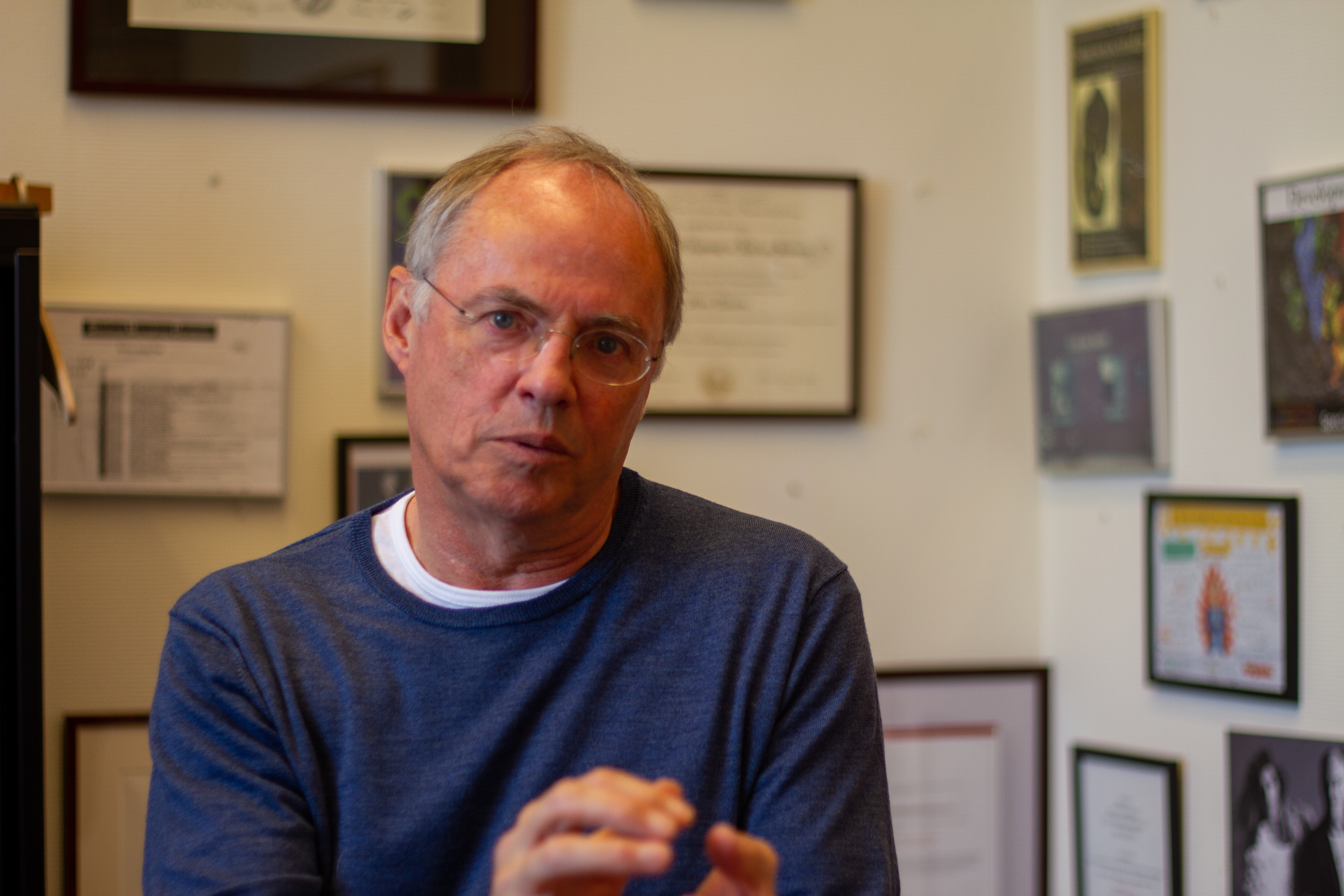 Hans Clevers in his workroom at the Hubrecht Institute

Japan’s regulations are different. When Shinya Yamanaka won the Nobel Prize for his stem cell research in 2012, he was given his own institute and public funding to freely do research. Regulations were adjusted in order to allow experiments with stem cell therapy. Because of that, Japanese scientists Mamoru Watanabe, who has often collaborated with Clevers, can treat the first patients with organoids in April. The patients suffer from chronic intestine condition ulcerative colitis, in which painful ulcers form on the large intestine. Healthy tissue is taken from elsewhere in the intestine, grown for four weeks, and then placed back. “It’s an exciting moment,” Cleves agrees.

Slow approval
Jürgen Kuball, professor of haematology, also condemns the lengthy procedures. “We needed nine months for our procedures,” he says. “That’s much longer than elsewhere in Europe.” Kuball works on so-called TEGs, a new type of Chimeric Antigen Receptor T-cells (CAR-T). These cells recognise cancer cells as a metabolic disease and then destroy them. Kuball: “It’s possibly life-saving. But we’re facing slow approval, not enough of the right subsidies, and a lack of production facilities for genetically modified cells.” It took more than ten years before they were allowed to do the first tests with patients. Although he once moved to Utrecht because the Netherlands was a pioneer in working with modified cells, he says that’s no longer the case. “The Netherlands is becoming too slow for my taste, and isn’t investing enough in the clinical translation of these game changers.”

Scientists are relatively native, we’re only thinking about the next discovery

Kuball is involved in the European Society for Blood and Marrow Transplantation (EBMT). He sees  how the different regulations and supervisory authorities make it difficult to develop medication quickly. In the United States, CAR-T cells were developed and approved years ago, for example, and they’re only now becoming available here. “The clinical approval procedure needs to be simplified and shortened: we need one single process for the entire EU,” he says. “But as a researcher and as the industry, you also need to compel yourself to follow patients who’ve been treated with these medications for a longer period of time, because we don’t know what the long-term side effects will be yet.”

Hans Clevers understands the worries the regulatory bodies have. “Scientists are relatively naïve,” he says. “We’re only thinking about the next discovery. But when you’re messing with DNA, you’re working on creation. You should really look at research in this discipline with a split personality. From a scientific perspective, but also from a societal point of view: do we want to do this?”

Ethical parallel research at the UMC
For that reason, the UMC Utrecht has ethicists collaborating with their medical colleagues. Annelien Bredenoord, as profsessor of Ethics of Biomedical Innovation, is ‘embedded’ with her colleagues of Life Science at the UMC. “I see it as one of my duties to make researchers aware of the fact that the material they’re using in their labs aren’t just artefacts.”

She does ‘ethical parallel research’. “I view the study in the design phase, and then study the impact on patient care and society,” she says, “and with a team, work out the ethical questions: what are the considerations that need to be taken into account in the lab and in the study with patients? Are patients and donors involved in the study? Will they, for instance, be notified if anything’s found in their cells? Another ethical question is whether it’s all right to earn money with donated body material.”

Ethical taboos aren’t the biggest problem in the Netherlands, she thinks. “With us, it’s mostly about bureaucracy and a lack of clarity about the use of medical data.” Partially because of this, many studies are conducted outside of Europe. One thing that does still seem to be taboo in the Netherlands is creating embryos for scientific research. “That’s still being vetoed in the Netherlands, mostly for Christian considerations, although it’s allowed in some countries.”

Children’s diseases
One of the doctors Bredenoord sometimes works with is Sabine Fuchs, a paediatrician who’s specialised in metabolic diseases. Together, they discussed possible studies with liver organoid stem cells for children with metabolic diseases that are barely treatable at the moment. “Metabolic diseases are individually rare and they differ widely, but they share a common genetic change that causes issues with the metabolism. We see all types of symptoms: liver disease, slow development, blindness, death at a young age.” The doctor says liver organoid stem cell transplants might help. “If ten percent of the liver function can be restored, a lot of symptoms can be fought. In test animals, we’ve already seen this method improving by a few percent. Research shows that foetal stem cells might work even better.” 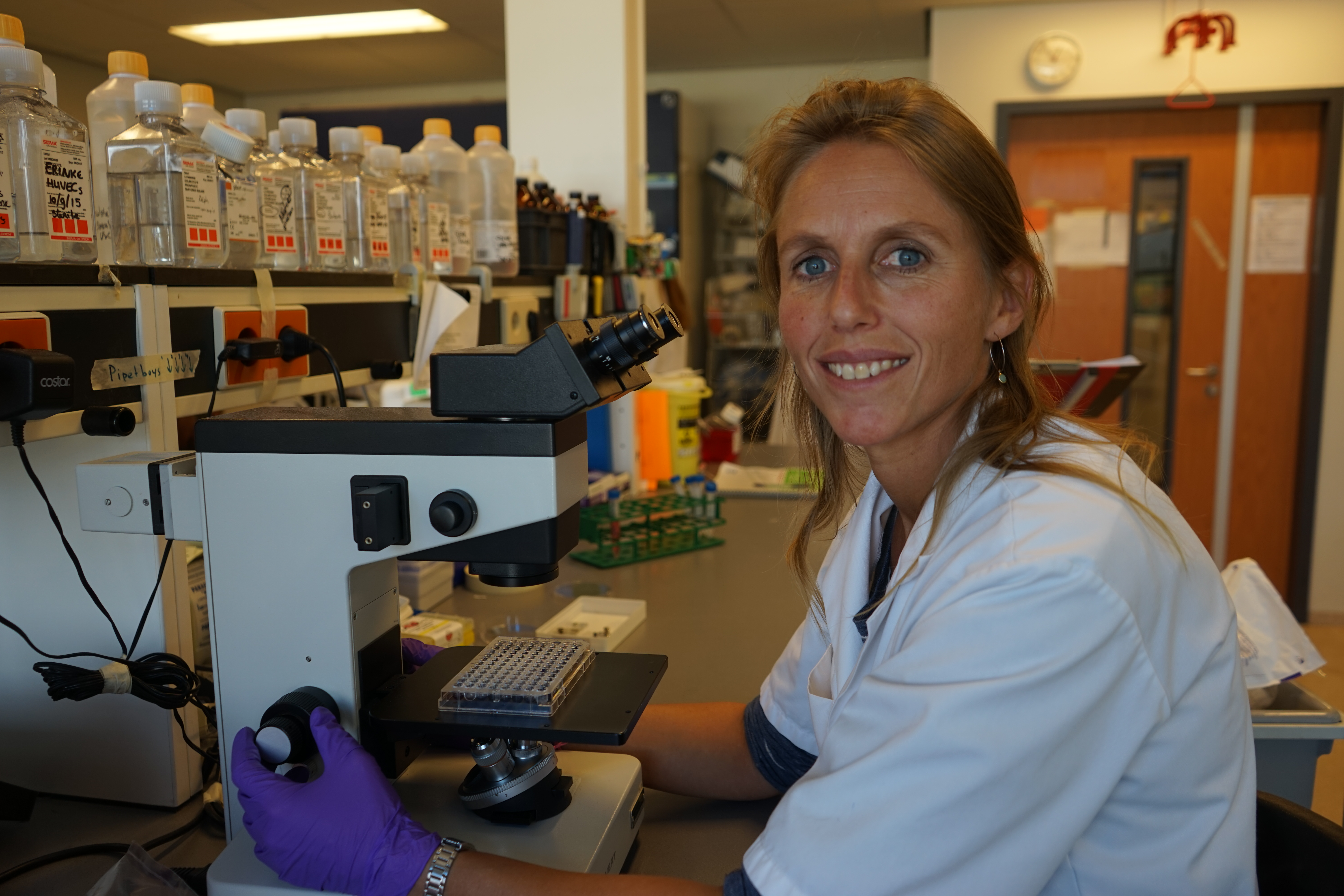 But in practice, it’s hard to start these tests in children. “Regulations are incredibly strict, but if there’s a favourable risk-benefit ratio, there are possibilities,” Fuchs says. “But that’s difficult to estimate for a treatment that hasn’t been tested on humans yet.” Still, the doctor is hopeful. “The stem cells we’re using seem to be safe. We did elaborate genetic tests, and they’ve turned out to be very stable. Plus, we would be doing these first liver stem cell transplants on patients who are already on the wait list for a liver transplant,” she says. “So they would be receiving intensive treatment regardless, and you can always continue with that course of action if the stem cells don’t work.”

She says that eventually, these studies will be made possible in the Netherlands. One obstacle she’s running into in her work at the moment is the General Data Protection Regulation (AVG). “That makes everything so complicated,” she sighs. “The AVG makes it difficult to collect information and material of patients from different centres, but that’s very important for research on rare illnesses. And additional delays can cost you your funding.”

Complicated regulations, slow bureaucracy, money, and privacy laws are the biggest roadblocks, then. Does that mean that Dutch researchers will all take their work elsewhere? Almost all of the researchers mentioned know at least one example of a scientist who continued their research elsewhere. But Clevers isn’t afraid of a brain drain. “Our lab is powered by curiosity, and judged on discoveries. And for that, explorative research, this is one of the best places,” he says. “The Dutch have the ideal mindset for research. Consistently trying without a real goal and without a clear plan. This year alone, we’ve delivered three publications. But that model doesn’t work for clinical research.”

Want to know more about the Hubrecht Institute research or about regenerative medicine? Go to the UMC website.