After a disastrous six months, plant researchers at the UU finally have more faith in the future. Their malfunctioning climatic chambers in the Kruyt building will be completely renovated. Moreover, fifty affected young researchers will see their contracts extended.

Let’s go back to November 19. PhD student Sietske van Bentum is assisting with a Biology practicum on the fourth floor of the south wing of the Kruyt building, when suddenly, all the lights turn off. Shortly afterwards, the alarm goes off. Van Bentum’s first concern is to take her students to safety. Thankfully, most are already done, or working in the Botanical Gardens. A little later, she hears that the entire south wing has lost power. Startled, she realises: “Oh no, my plants.”

Indeed, a major power outage hit the Fytotron that day – the research facility on the second floor. Here, plants are cultivated and treated under regulated circumstances, in seventeen climatic chambers spread out over 300 square metres. The power outage means the plans are no longer usable for scientific research. Around a hundred researchers from four chair groups have lost their material. 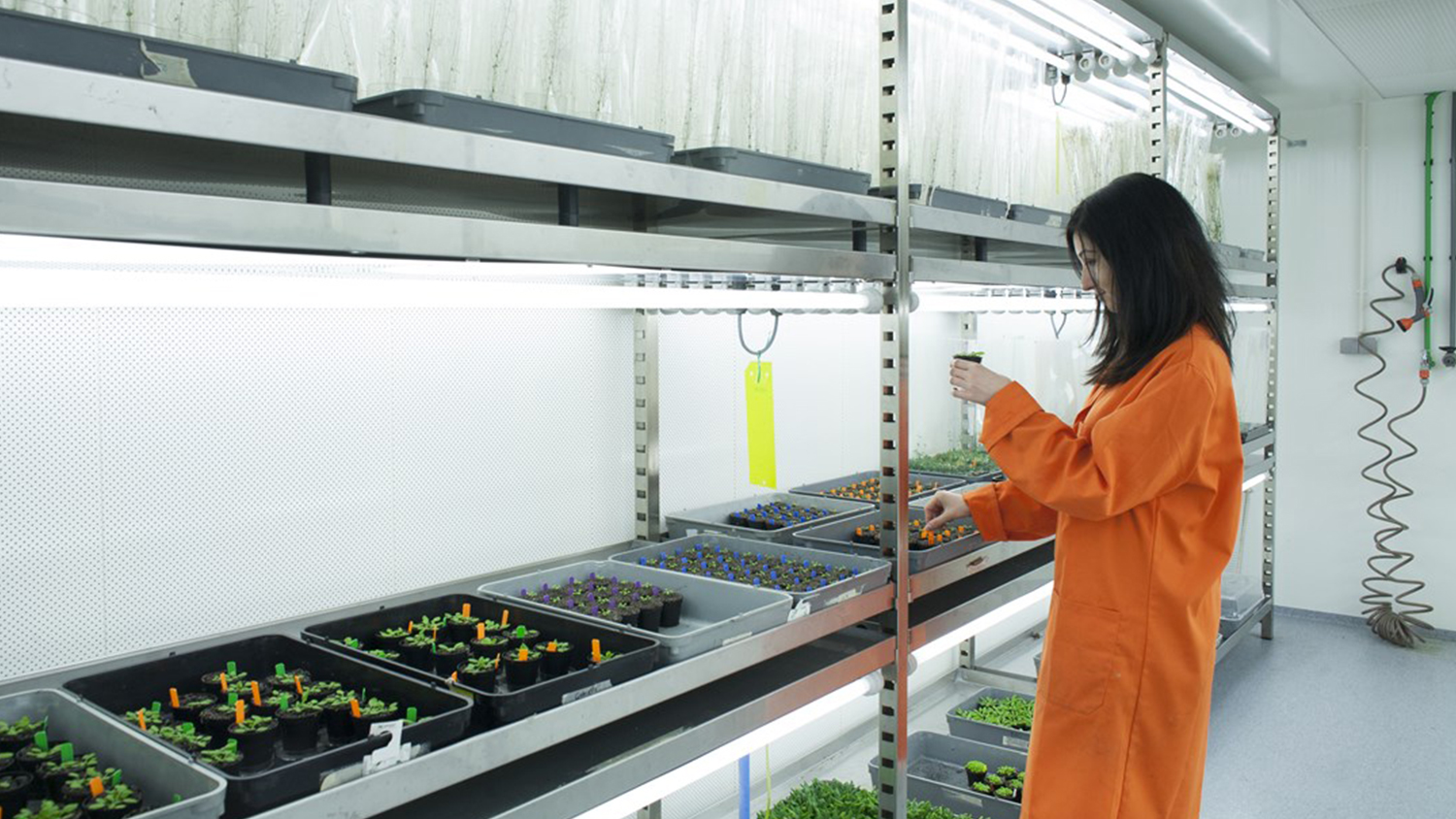 Stern letter
That 19th of November was the start of quite some agony for Sietske van Bentum. In the following two months, the Fytotron experienced several other power outages, which meant that she constantly had to end her experiments, and start over. Other colleagues, she noticed, were equally frustrated.

For that reason, the PhD candidate wrote a stern letter in January, to the board of the faculty of Science, as well as to the university board. The letter was signed by over ninety PhD candidates, Postdocs, and students. The November power outage, they say, was the final blow for the already severely outdated Fytotron. Moreover, it was still unknown what consequences these issues would have for the researchers.

Van Bentum: “In the letter, we stated the importance of the plant research, how important the Fytotron is for that research, and how our research experienced delays, endangering our careers. We urgently requested the boards to do everything in their power to solve the problems.”

A response came swiftly. Sciences Dean Isabel Arends visited the Fytotron twice in February, once in the company of UU president Anton Pijpers. Both administrators voiced their support of the UU plant research. Both the visits and the support were greatly appreciated, says Van Bentum.

By then, a crisis team had already been formed, consisting of representatives of the faculty board, the biology department, the university department of Corporate Real Estate & Campus, and the Facilities Service Centre. The researchers in the Kruyt building had already been in close contact with the administrators of the faculty and the university since the summer, because of distrust of the new university plans to renovate the Kruyt building while researchers continued their work as the renovation continued. The multiple outages and severe consequences for the Fytotron were once again cause for cynical comments.

Crystal clear
Department president Rens Voesenek says that the crisis team quickly reached the conclusion that a structural solution was needed. The climatic chambers had already been written off, and issues had come up even before the November power outage, but Voesenek says the facility was patched up time and again. “Continuing this way was not an option for the high-end research we do here. That was crystal clear.”

The fact that a decision about new investments had not been taken earlier, was mainly caused by the long-standing assumption that the Kruyt building would be demolished in the near future. The outage in November made everything take off more quickly, the department president says. By then, it was already clear that instead of constructing a new building for the biologists and chemists in De Uithof, the Kruyt building would be renovated.

Appreciation
Voesenek is highly appreciative of the way the university board and the faculty board came to a solution so quickly. Funding was announced for a large-scale renovation of the Fytotron, plus a temporary facility. The UU board does not want to declare anything yet about the exact size of the investment.

The renovations started in early May, in which – among other things – the light ceilings and cooling machines of the Fytotron in the Kruyt building will be replaced. The renovated Fytotron should be ready for use again by September, and is meant to function for quite some time even after the thorough renovation of the entire Kruyt building. “We can really keep going for a few years like this.”

From this month onwards, there will also be a temporary facility comprised of four large shipping containers with full-fledged climatic chambers, located between the Kruyt building and the Sjoerd Groenman building. Another twenty smaller, mobile climatic chambers will also be placed in the Kruyt building. These will remain in use when the Fytotron reopens. Voesenek: “That gives us a buffer, and we’re preventing that we’re once again vulnerable to outages.”

Voesenek is delighted that, thanks to the university board and faculty board, he can grant contract extensions to all the PhD candidates and Postdocs that have experienced delays in their research as a result of the power outage in the climatic chambers. In total, fifty young researchers were affected. The UU board has reserved 800.000 euros for this measure. “We’re talking about extensions between one and seven months. This has to be tailored to each individual; we looked at every case to see whether there’s a delay and if yes, how much time was lost.”

Right direction
PhD candidate Sietske van Bentum assumes she’ll need half a year extra. She wants to continue her research on benign bacteria and viruses that can improve the growth of soy plants as soon as she can. “You still want to conduct a lot of beautiful experiments. That increases the chance of finding something new, and that in turn can have impact on your career.”

She’s “satisfied” and “hopeful” about the measures that have been taken. “Many people worked hard to help us. I’m happy about that. I have faith that we’re going in the right direction.”

Limitations
It’s uncertain whether the plant researchers will be able to use the temporary plant chambers immediately. The university will start reopening research facilities again, in phases, from this week on. PhD candidates and Postdocs will take precedence as much as possible. But it seems clear that researchers will have to deal with numerous limitations in the coming months.

Rens Voesenek: “But this is something all researchers, all across the globe, are dealing with.” He says that solutions have been found for plant researchers whose contracts recently ended. “Aside from that, it’s a matter of waiting to see what happens now, and whether measures will be taken on a national level.”

High-end research
The president of the Biology department mainly wants to voice his gratitude to the ‘great’ UU board, which he says paid attention to the value of the high-end UU plant research and its importance for the future food supply of the world.

“Without plants, no life is possible. They’re the only organisms that can create sugar with the help of sunlight. Our entire food chain depends on that. You don’t think about that when you’re buying broccoli in the supermarket.”