Night owls: staying until late at the library when motivation is lacking

The University Library is open until 1.00 am this month, because of the exam period. Although that&#39;s definitely not the busiest time in the library, there are still students choosing the white desks over their beds. DUB visited the library late at night for two nights in a row to meet some of these night owls. Who are they and why do they stay up so late?

It is a dark and misty night at the Drift. There's nobody on the street apart from a single cyclist, which isn't odd considering it's half past twelve on a Wednesday, amidst a pandemic. Illuminated by the street lights alongside the canal, the library's entrance reveals the lights are still up inside. Although this isn't the most popular time to study, the building is definitely not deserted: twelve students have chosen to spend the last hours of the day hunched over their laptops. The following night, there were ten. 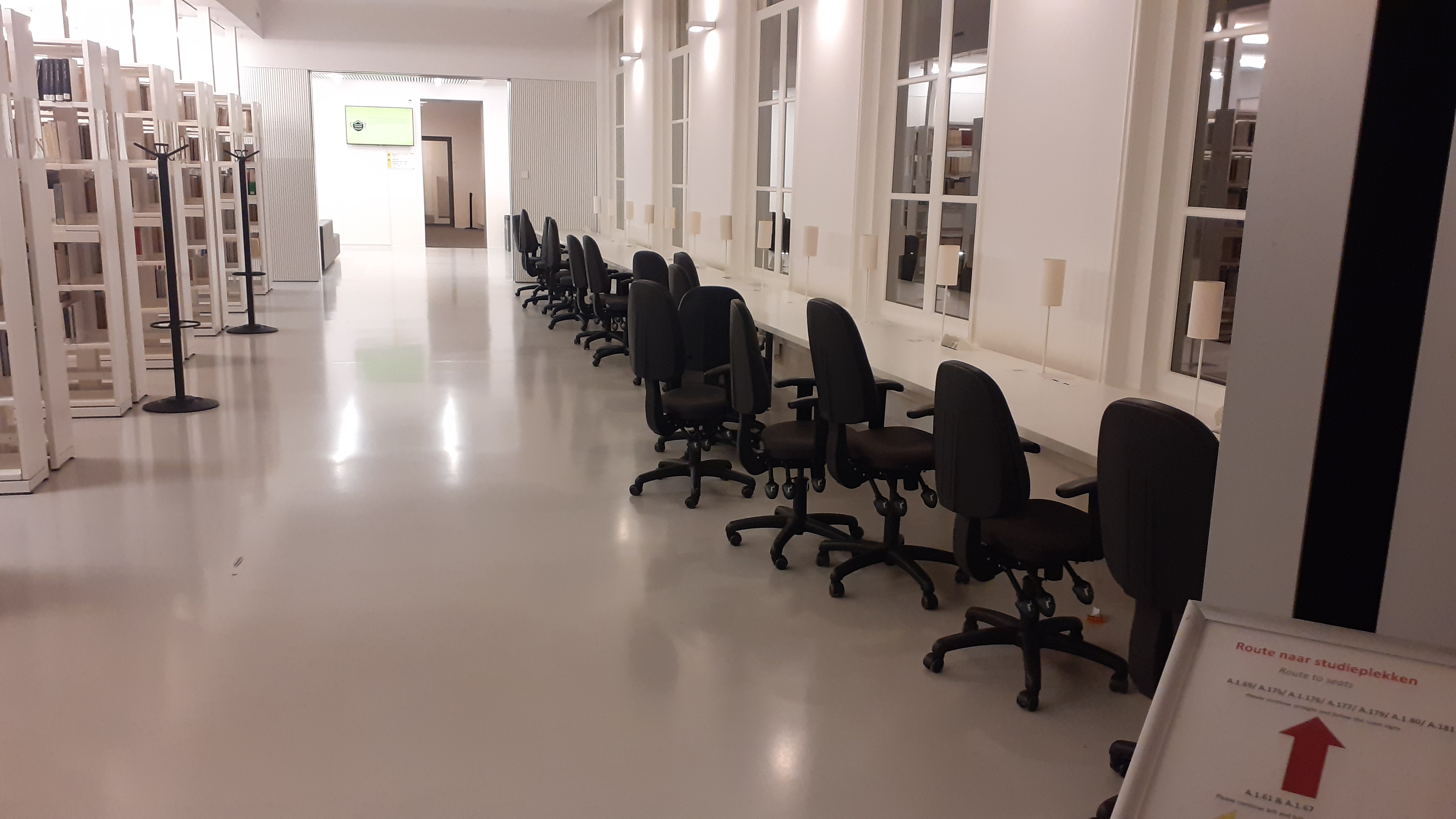 The security guard at the entrance has his doubts about the effectiveness of studying such an amount of hours. "Some of them are still productive, but others are just staring at their laptops like zombies".

You can sleep after this

Lara, who studies Clinical Psychology, decides she's had enough hours of work for the day and heads towards the exit. She's working on her thesis and is usually found at the library in the evening. “I really am a night time student. I can't get myself to work during the day, with the idea that I still have twelve hours to do my thing. I like to have a deadline, like 'you can sleep after this'. That always works for me.”

That Wednesday, she arrived at the library at 10.30 pm. “I figure that if I go to the library just for two hours, I can motive myself better. So that's also what I do when I need some motivation." 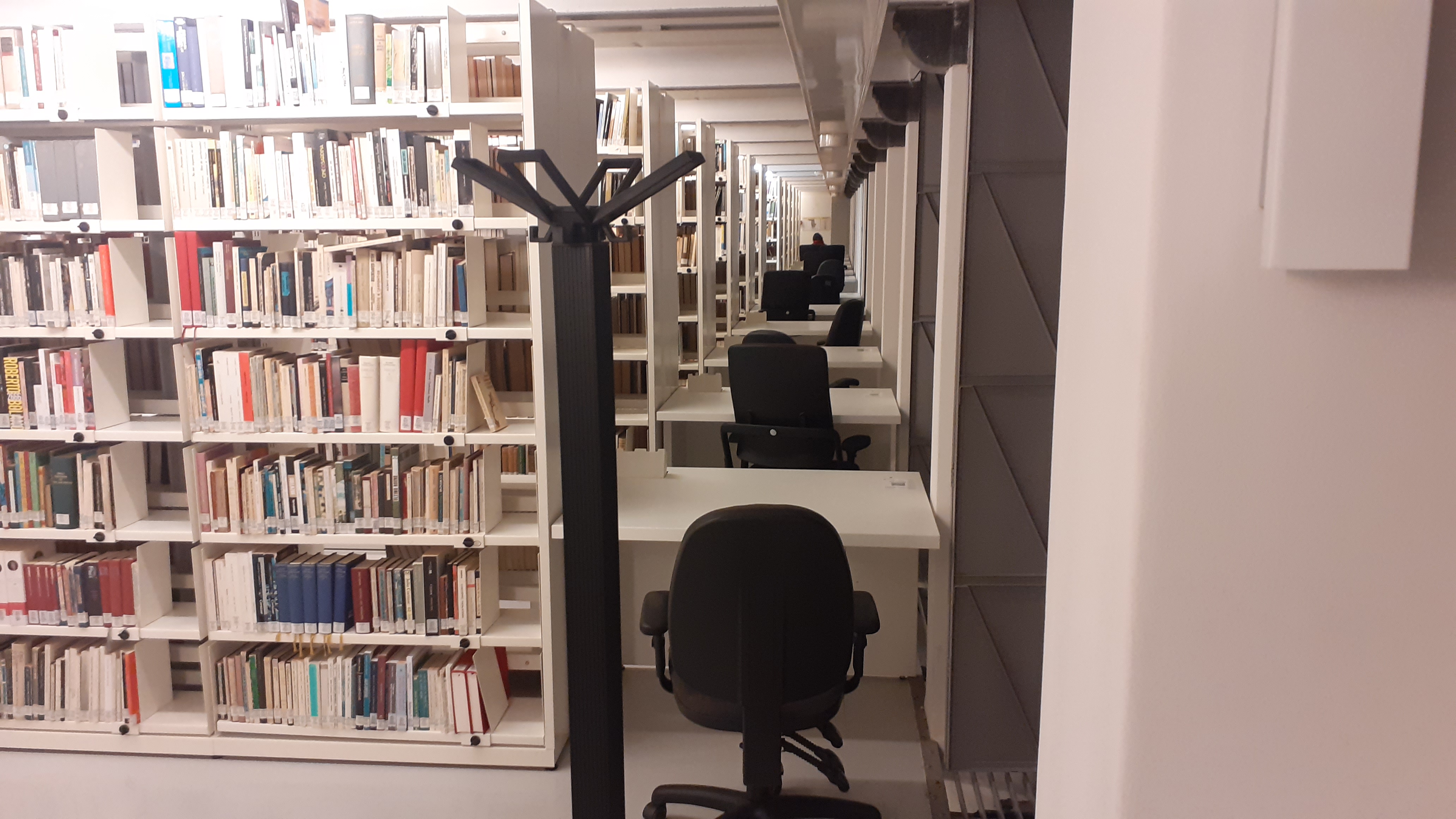 Public History student Sjoerd prefers studying at the library over studying at home. “When I work at home, I really don’t do anything at all, especially if there is no real pressure. For me, studying has to be something active: first I've got to cycle to the library, then take out my laptop, and then go for it. Then it goes well." Sjoerd has to submit his Master's thesis in two days and the last mile seems to weigh heavily on him.

He has been there since nine in the morning. “It's really nice to arrive before anyone else and leave after everyone has left”, he explains. “It feels like you’re working harder than the rest.” Sjoerd also works behind the counter a few days a week, so sometimes he is at the library all day, but he's studying in the morning and working in the evening. “I really am part of the furniture”, he adds, laughing.

Science & Business Management student David is putting the finishing touches on a presentation he has to give tomorrow morning. David comes from Spain but works in the Netherlands and is pursuing a Master's degree on the side. Like Sjoerd, he has also been here since nine in the morning. To keep going, he takes a ten-minute break every one-and-a-half hours. “Otherwise, I can’t focus”, he explains, adding that this routine works a lot better at the library than at home. The same applies for Ilse, who studies Communication & Multimedia Design, although she wishes she had arrived a lot earlier. She has to submit a comprehensive assignment this week. “Now I regret not doing it sooner”, she says. She is happy to go to the library.

Anthropology student Louise shares the same opinion. She can be found in the library almost every day. “It feel so good to study here, all together. My room isn't so big and there are fewer distractions here,” she explains. The social control also works really well for her. “You can come here and spend the entire day on WhatsApp, but I've got the feeling that everyone can see that. Of course nobody is watching, but it feels like everybody is paying attention to see if you're studying or not". 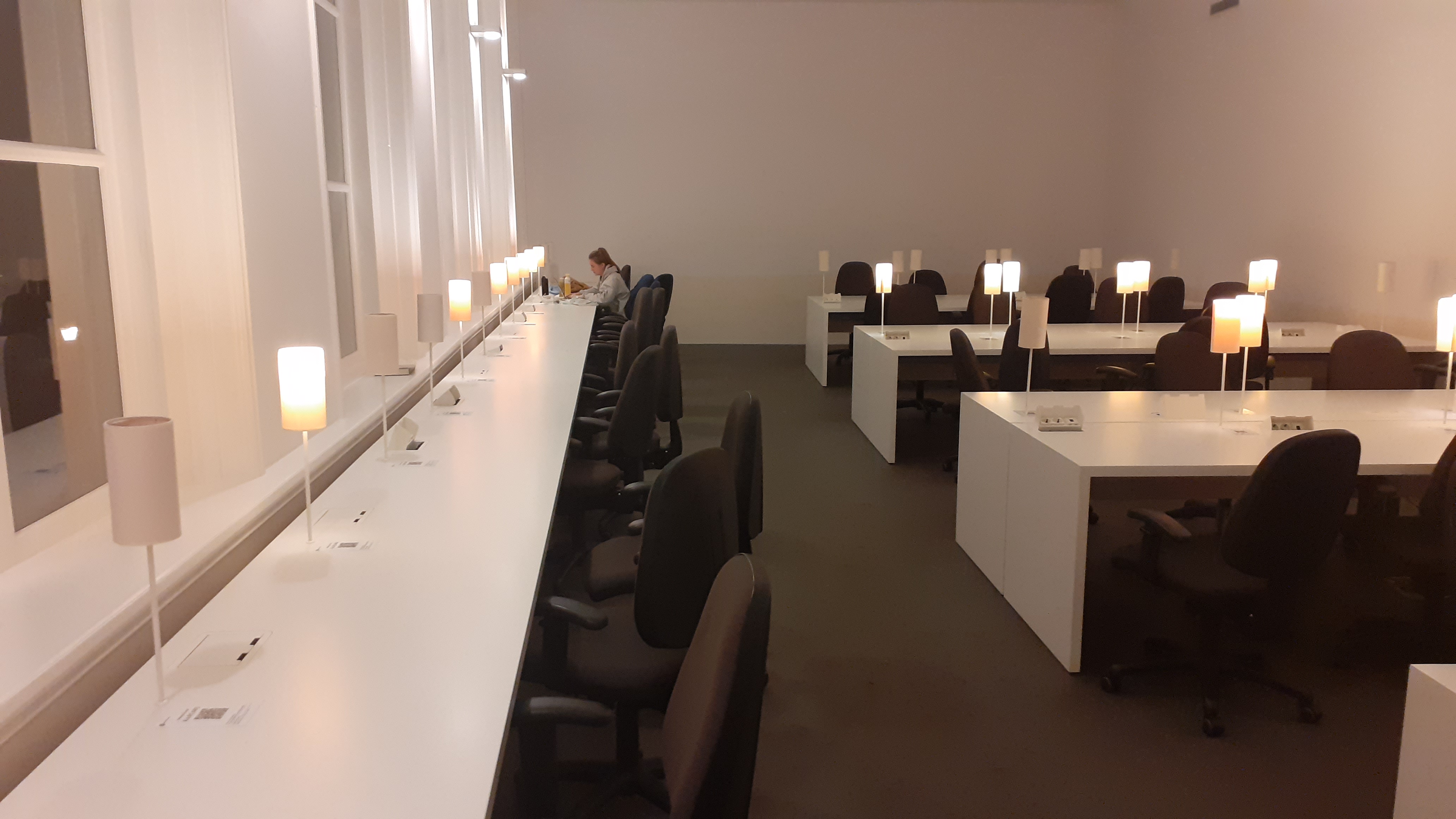 She usually manages to find a place to study, but notes that one has to make reservations in advance. “This week, every single day I tried to book a spot for the next day around noon, but the library was already fully booked". Even so, she often manages to get a place anyway, because some students give up their spots. Lara gives the same piece of advice. “If you come here in the morning and some lazy student who booked a place for the whole day doesn’t show up, then they free up a spot for you." Getting a group spot is a different story, however. “There is a growing trend to book a group booth with friends at midnight - it's like buying Lowlands tickets.”

The silence is suddenly broken. “Dear visitors, the library will close in ten minutes. Would you be so kind as to head towards the exit?”, says the voice coming from the speakers. The few students left in the library slowly get up to leave. The day is done. Except for the hardcore night owls, who are going to pull an all nighter at home. 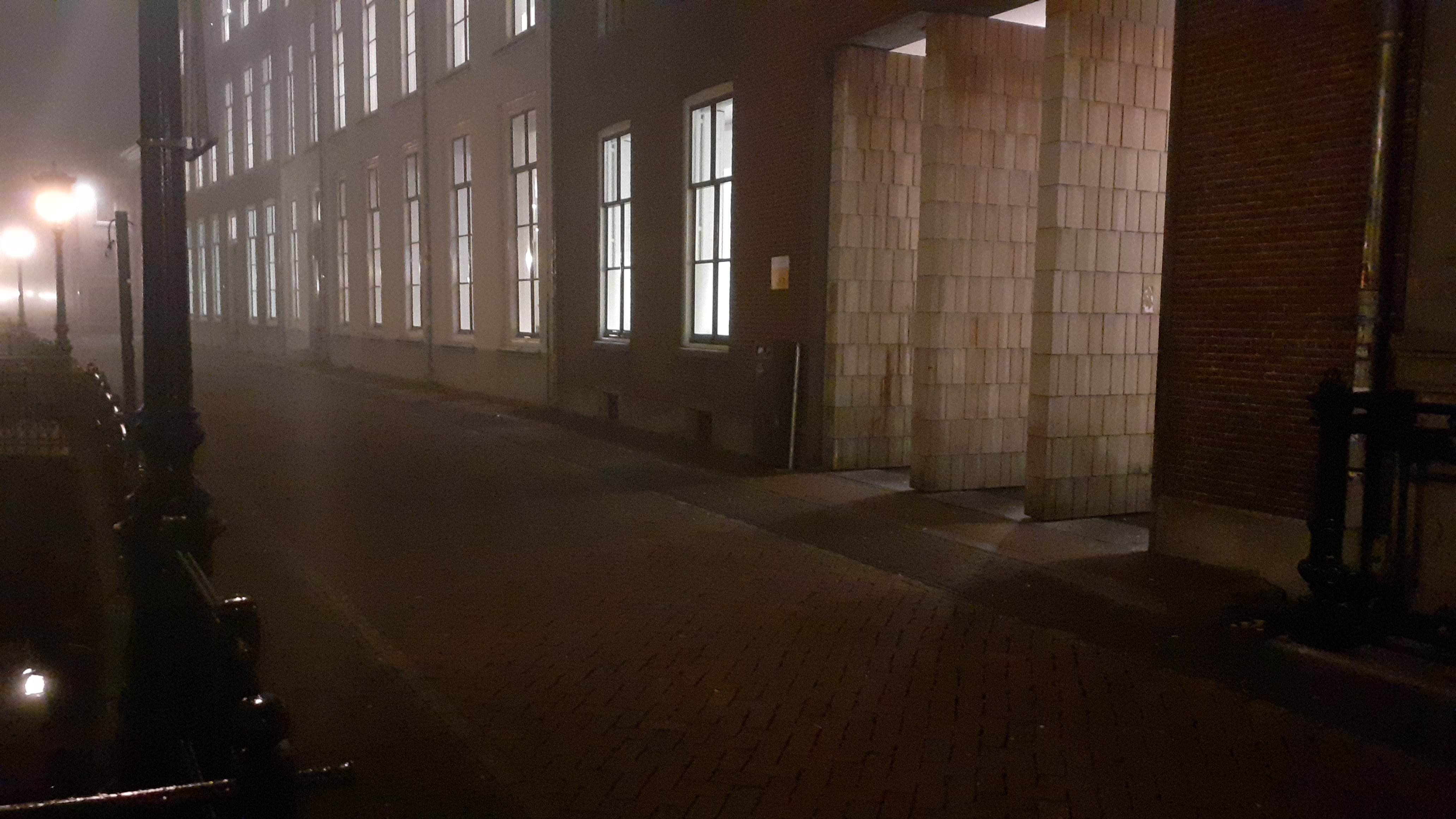