Over one and a half times more first-year Law students, is that manageable?

The Bachelor’s programme of Law is facing unprecedented growth: this academic year, there’s more than a 65 percent increase in the number of students starting the programme compared to last year. To deal with that increase, the programme has hired additional teachers, and students have been divided into larger groups.

Whereas last year, around 650 students started their Bachelor of Law programme, there are 1,066 freshmen this year. The programme had seen the growth coming before May 31, the final day for student registration. “At first, we were estimating around 900 new students, so we were able to start recruiting teachers for that number,” says director of education Bald de Vries.

To deal with the impact of the high number of students, around ten new teachers are hired throughout the academic year. Some of them have already started. Students have also been divided into larger groups than normal: from 25 to 30 students. As classes are now online because of the coronavirus, the size of the group doesn’t matter as much, De Vries says. “Every disadvantage has its own advantage! So this happens to work out, now. We’re still offering small-scale, intensive education, exactly what we want to offer.”

Adjusting
De Vries says the workloads for teachers are manageable for now, although it does take some adjustment to the new situation. “There’s some more grading to do because of the larger groups, but that’s still doable. A trickier aspect is the logistics: creating all those team sites, scheduling, keeping tabs on those students you’re not seeing that often now, things like that.”

Aside from the division into workgroups, students are also divided into groups of 12 or 13 for their mentor group. Once a week, the first-year students meet each other for supervisory mentor and tutor meetings at the Janskerkhof. The rest of the programme is all online. It’s a form of blended learning: in an online environment, they work towards the in-person meetings, which tie into virtual elements as well. The digital platform brings everything together: students can find each other there, and practice their study skills and legal skills, for instance.

Online is exhausting
Although the work for the teacher is still manageable, the pressure can clearly be felt. This holds true for Manon Julicher, too. She teaches and coordinates the first-year course Introduction on Constitutional and Administrative Law. “We work well with what we have, but it’s definitely intensive,” she says. It’s hard to say how much of the added pressure stems from the corona situation, and how much is due to the high number of new students, she says.

Yaël (19) doesn’t really notice the size of the freshman group. She’s one of the students who started their Bachelor of Law this year. “Usually, I guess you’d have overflowing lecture halls, but lectures are online now. One thing I have noticed is that Blackboard glitches a lot, because the system can’t handle the amount of traffic.” 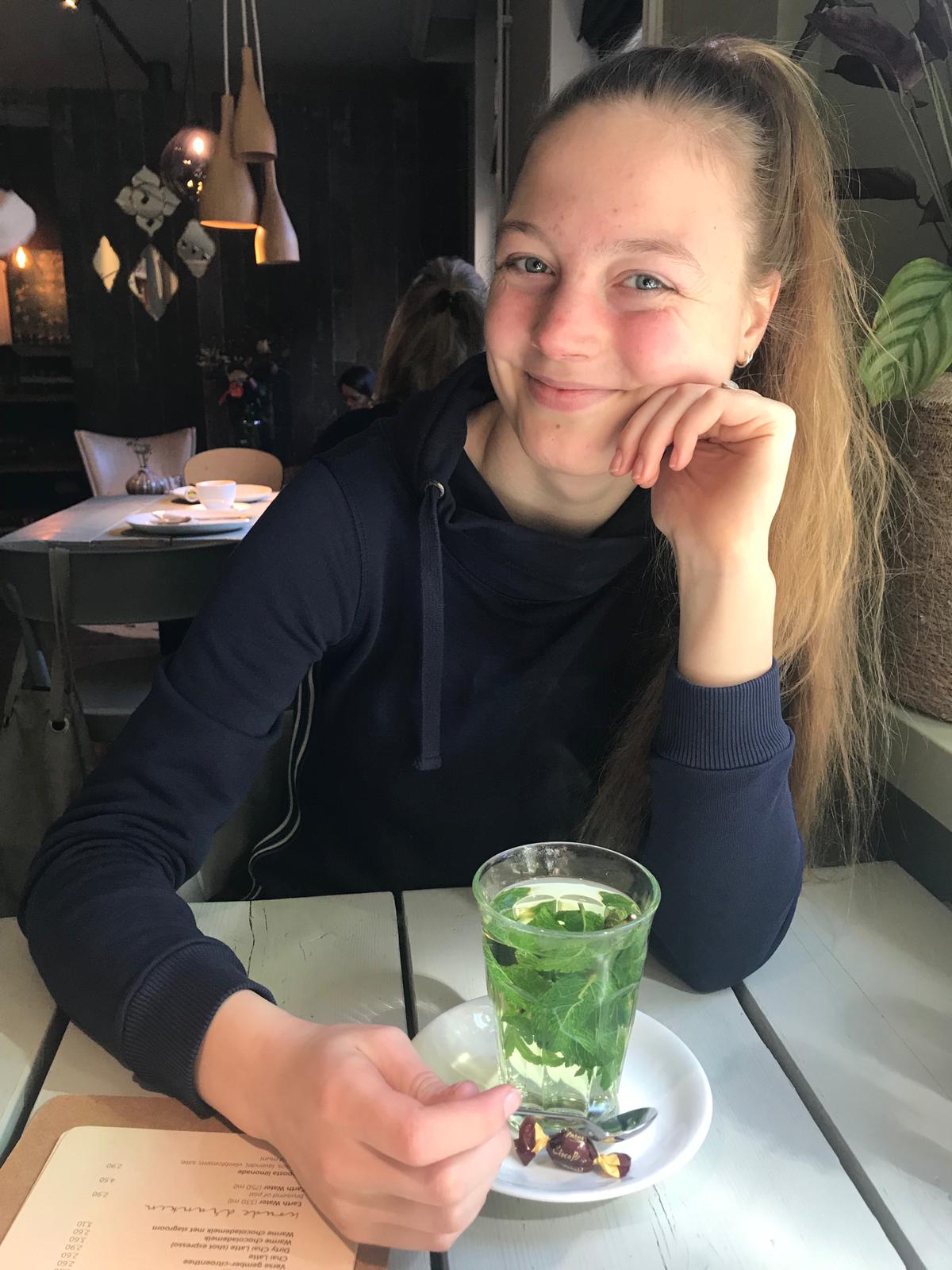 The workgroups with 30 students were cut in two by teacher Julicher. She usually has around an hour and a half for a workgroup; now, she has around 45 minutes to go through the material with each 15-person group. “In a group of 15 students, you can let everyone speak up or ask questions, but with 30 students, that’s just not feasible online. A workgroup with 15 students is only 45 minutes now, but in practice, it takes me much longer, partially because it’s online. Julicher: "You always run late, for instance because students are asking a lot of questions. So you run from group to group and you’re just happy if you’re able to grab a cookie at some point.”

Image: Yaël (19) is one of the students who started their Bachelor of Law this year. Source: personal photo

That pressure, Julicher says, isn’t just due to the larger number of students but also due to the online education. “You might expect that teaching online is less intensive, because you’re sat at home, behind your screen, but that isn’t true. In fact, it’s a lot more intensive. There are probably plenty of psychological explanations for it. In virtual classes, you need to pay far better attention, because you can’t see your students; you can’t read body language, can’t sense whether they understand. You should really take more breaks in between, but you don’t have the time to do so.”

Chats at the desk
The social aspect, from which teachers like Julicher get a lot of energy, is largely absent in digital education. “That’s a loss for both students and teachers. During in-person classes, you’re much more social. A discussion gets going much faster if students are in a classroom, sat in a U-shape. And you don’t have those informal little chats in between; a quick mention of a news article, or students coming to your desk after class to ask something. In online classes, there isn’t any room for that.”

Thankfully, other things are possible. Julicher and her colleagues decided to offer faculty-wide ‘response classes’, outside of the general schedule. In those response classes, students can ask their own questions, and there’s more room for those little chats in between. The classes aren’t mandatory; students can join in virtually if they feel the need to do so. “The students present seem to like it, and all teachers have told me that they’re fun Q&A sessions,” Julicher says.

Yaël is often present for those response classes, but she still misses the physical, social contact. “I’m really, really happy with my 45 minutes of mentor meeting on Wednesday mornings,” she says. “I often hang around the university with my classmates all day. That’s the only time I see people from my programme. You can’t build friendships via Teams.”

And does online having online discussions work? “It’s tricky. The biggest problem, really, is that not everyone has good wifi. You can tell that some people barely participate in discussions because their connections are bad. What they’d want to say, probably wouldn’t transmit very well, or it’s annoying if they’re saying something because there’s a lag in their connection, or something. That’s a shame, because people are being left behind who would want to participate. You come across as a lot less strong of a student, because your connection glitches, or you’re less easy to hear.” 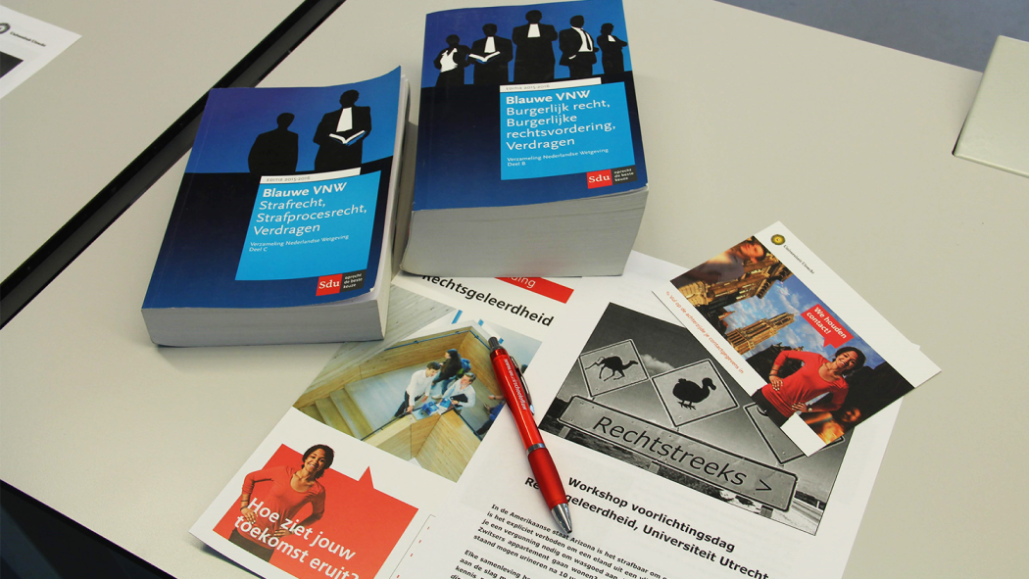 Growth across the board
Aside from Law, there’s a general trend of an increase in first-year students at Utrecht University. Law is seeing the biggest growth, followed by Biology. But the Bachelor programmes of Liberal Arts & Sciences, Economics & Business Economics, and Interdisciplinary Social Sciences are also growing substantially this year.

Law teacher Julicher thinks that perhaps part of the reason for the growth is that the UU Law programme has a good reputation, and that people think law is a ‘safe’ choice. Personally, De Vries thinks that it’s also helped that the UU handled the sudden switch to online education in March of this year very well. “Perhaps word of mouth has helped spread that news, and perhaps more people chose Utrecht because of it. Other programmes in Utrecht are also doing well.”

Relevant in these times
The Biology programme is also growing relatively strongly. Last year, 330 students started this programme; 480 started this year. Martijn van Zanten, manager of education of the Bachelor programme, thinks the growth can be explained by the times we’re living in. “Biology is more relevant than ever, with the current pandemic and a climate and biodiversity crisis. There’s growth in all the biology programmes throughout the country.”

No new teachers were hired at the Biology programme. “We’re managing the growth in students by working very hard. PhD candidates are doing some extra work, teachers are working themselves to the bone, and we’re using a lot of student assistants. Right now, we’re just working with what we’ve got,” Van Zanten says.

Not all Biology courses can be taught online, because the programme includes practicum sessions as well. The tutor groups have been reduced in size to 20 students each. Van Zanten: “This is more manageable in the rooms we’ve got available, and this way, the contact is more intensive and small-scale. We’re now letting the freshmen come to campus once a week. We’ve scheduled in such a way that all the in-person classes, like tutor groups and practicum sessions, are on the same day. That way, we’ve minimalised their commutes. And for first-year students, it’s nice that they can at least see each other in the flesh once a week. They can get to know each other and the university a little bit.”

Measuring moment
It’s as yet unknown just how many more first-year students there are at the UU this year. University organisation VSNU will release the data later this month. The annual measuring moment of student numbers is on October 1. From that date on, students actually pay their tuition fees, and as an institution, you can count on it that students have in fact chosen the study programmes they’re registered for. In the period before October 1, there are still many students who’ve registered for a programme, but don’t show up, or students who, within a month, decide the programme isn’t for them, and quit early on.
Tags: inflow | departement rechtsgeleerdheid | bacheloropleiding | online education | coronavirus | biologie