Patronising behaviour: Let’s try to understand each other a little better

Some students and employees don’t feel free to say what they want. Others are actually happy that people at the university are reprimanded for their behaviour. Such are the responses DUB has received in the past few months to the question of whether people have experienced patronising behaviour at the university. Professor Lars Tummers calls for more debate. “The university is a sanctuary where you have to be open to other people’s opinions, even if you don’t agree with them.”

Earlier this year, DUB posed the question of whether students and employees feel patronised at (or by) the university. Reason for the question was that we, DUB’s editors, received signs that people are being talked to about how often they fly, or that people feel like they should keep quiet that they held a fun barbecue last weekend. Do people still dare to be themselves when their opinions differ from the general opinion?

The university is a place where highly educated people come together to work and study. The university tends to be seen as a politically correct stronghold sometimes, which can lead to interesting discussions. You’d expect these discussions to be based on arguments, but that’s not always the case. Or at least: that’s not how everyone experiences it.

Where’s the line?
On the one hand, you’ve got discussions between students, teachers, and other staff. But the university itself also projects an opinion. Scientifically speaking, the UU presents a profile of sustainability. It makes sense, then, to take measures to make the university’s operations more sustainable, too. Several people wrote to us regarding travels to conferences by plane, where there’s still a lot to be gained for the university.

The university also wants to lead in the area of diversity. The UU addresses gender research, and explicitly states it doesn’t distinguish based on race, gender, or sexuality. It displayed the rainbow flag on Coming Out Day, for instance. The university is also striving to become more diverse in terms of women at the top, or more migrants in education. Recently, the UU was publicly reprimanded for the appendix of a document, which contained suggestions on how study programmes could facilitate students with different religions. It even led to questions in parliament. 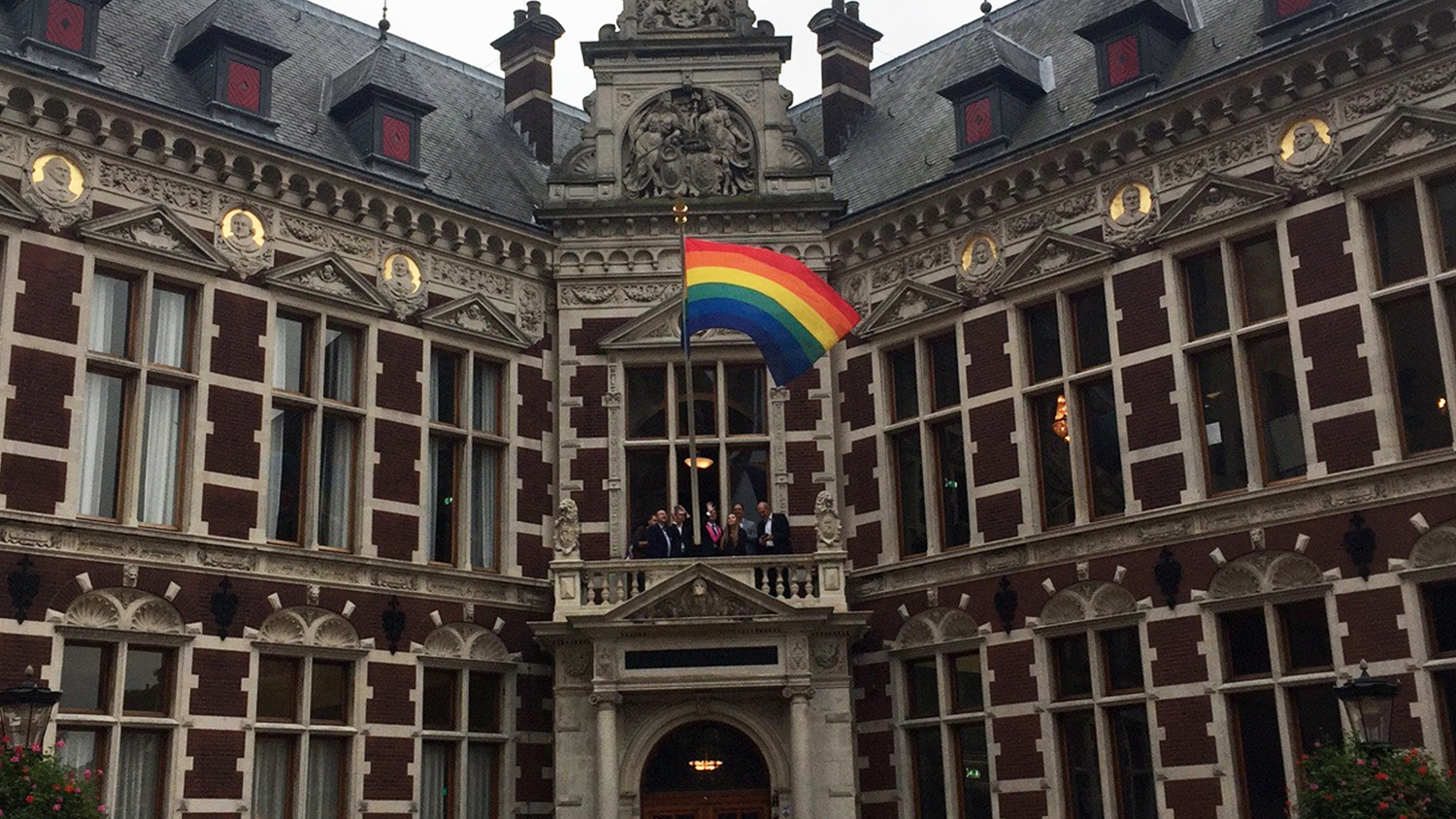 Where’s the line? How do you ensure students and employees live sustainably, too? Can you enforce it, as an employee from the UU’s Corporate Office suggested? He felt people should be cut on their holiday pay if they go on holiday by plane. A communications officer at the Faculty of Humanities writes in a new response: I believe one of the university’s biggest achievements is in diversity and independence. Being allowed to be who you are, developing yourself, having respect for individuals and each other’s opinions, and the most important thing: being allowed to make your own choices without something being enforced on you, or encouraged as a socially-desired norm.” He feels the university is sadly becoming more and more patronising, and calls for intrinsic motivation over external sanctions.

The carrot and the stick
Public Administrator Lars Tummers talked about this theme in his oration on March 15. He sees a number of ways to discuss behavioural change and awareness. “You use the ‘stick’ if you want to get people to behave a certain way through commandments and prohibitions. You need to do something, or else you’ll be punished. Think of the ban on using your phone while riding a bicycle, for example. Another option is the ‘carrot’, which is when you use encouragement to achieve something. Imagine rewarding people who buy electric cars, for instance. You can also do this by making things more expensive if you don’t want people to buy them. A media campaign like NIX18 is called a ‘sermon’. You want to convince people. Finally, there’s ‘nudging’, which is when you provide a little encouragement. An example at the university is that vegetarian lunches are now standard. That’s the basis, but it’s not imposing.”

Tummers says that in all elements, there’s at least a little bit of patronising. “You try to make people change their behaviour because you’re convinced that way of life is better. Whether it works depends on the support. If many people agree, a measure can be very successful.”

Unclear what being patronising means
In the reactions to our second article, there were people who felt the discussion was rather meaningless. “If there isn’t any controversy, we’ll fabricate some. I’m also not allowed to start a fire in the lecture halls. All prohibited due to all the virtue police here.” Such was a sociologist’s response on Twitter to DUB’s articles on patronising behaviour at university. “The number of responses is too low to be able to say this is actually a thing,” another sociologist said. “I’ve never seen anyone here give or receive moral judgment about a salad.”

One student at the Faculty of Science responds to DUB’s second article by saying DUB’s written a biased article. “The call for responses is worded in such a way that you get exactly what you want to hear.” Additionally, he felt it was completely unclear what being patronising is supposed to mean.

They’re examples from people who were annoyed at DUB’s call and feel nothing’s really happening. Others say it’s a good thing these themes are now being discussed at lunch. One Veterinary Medicine employee says: “Two of our young interns recently left who said they learned a lot from the discussion about flights and sustainable food during lunch. How great is that? My team is now looking for ways to get to conferences without travelling by plane. The university takes its responsibility for its impact on humans, animals, earth, and society – with an open discussion based on argumentation, naturally.”

Still, we received many responses from people who were happy with DUB’s call. Their voices were finally heard. One Language & Culture student wrote: “I’m an enthusiastic left-wing GroenLinks voter, but I still get patronised at university. In a workgroup for Introduction to Gender Studies, I felt like I wasn’t able to always speak my mind in workgroups because things would immediately be seen as racist or sexist.”

In how far has DUB tried to talk about a theme that wasn’t really an issue at all? Is ‘patronising behaviour’ too vague? And can you conclude people feel uneasy if you receive ‘only’ 30 responses? 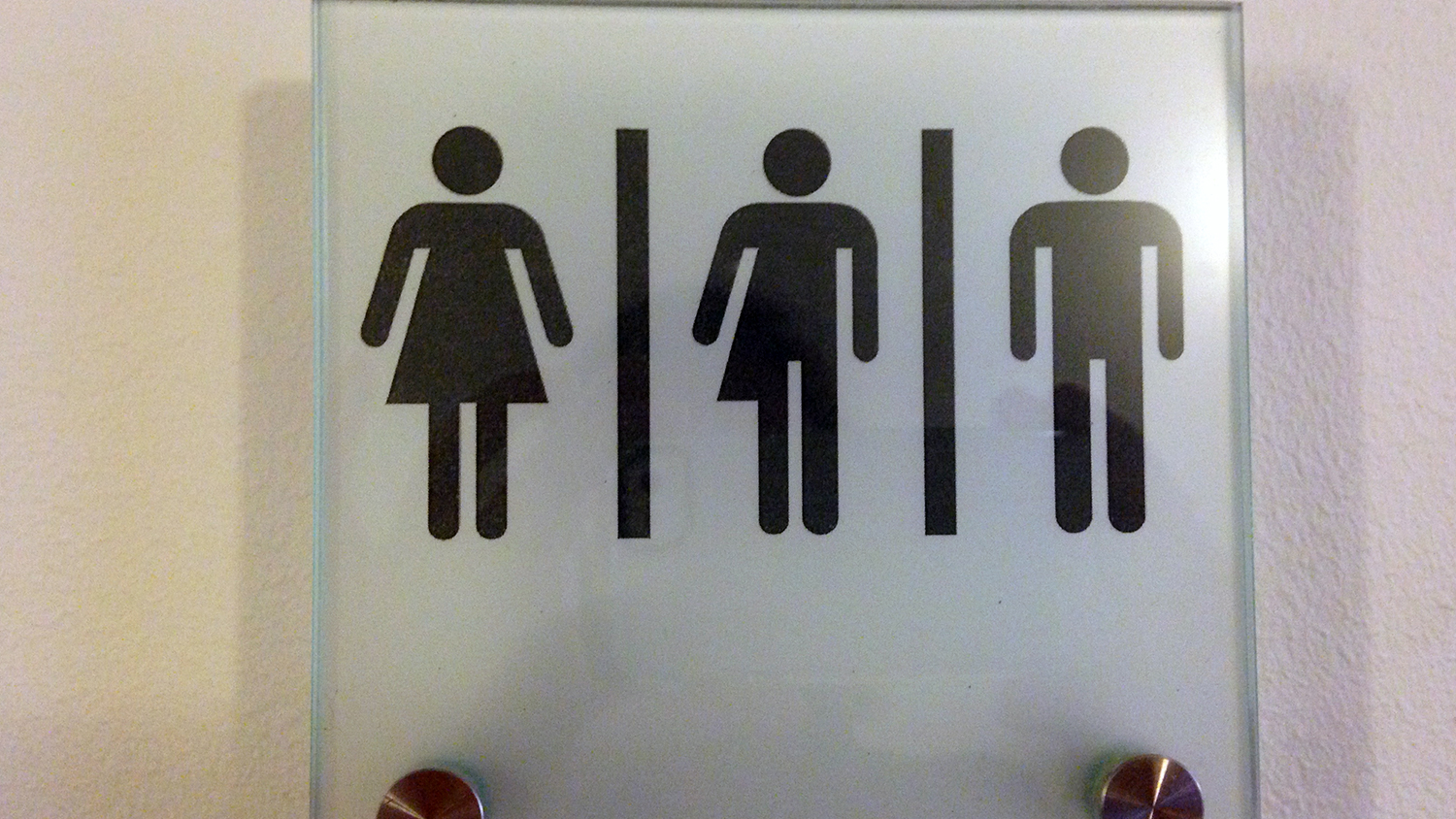 Give each other space
The university says it’s taking its responsibility in terms of its employees’ and students’ wellbeing. The smoking policy will be adjusted to prevent colleagues from experiencing nuisance, lunch at the UU is now (in principle) vegetarian, alcohol use is sometimes limited, travelling by public transportation highly encouraged, and there’s a programme to get employees to exercise more.

We presented UU president Anton Pijpers with the same question. He makes a distinction between the university as organisation and the opinion of people who work there. “We stand for a sustainable, diverse world, so you need to make that visible in your policies as well. That’s what we do. But we don’t have a policy for making people have a certain opinion, nor do we strive to do so. You want to be a free university, and give people the space to share their own opinions. That should be possible at a university. One thing I can say is that you should specify from which point of view you’re sharing that opinion. A scientist in the discipline of veterinary medicine can share his or her ideas about his discipline with a lot of expertise, but when he or she’s talking about a different subject, such as politics or religion, that should be done in a personal capacity, not as a UU scientist.”

The teacher’s sermon
The mails we received also included some from students who wondered to what degree teachers impose a certain world view on their students. Sometimes this is very obvious: ‘Everyone knows Trump is an idiot’. Sometimes, it’s subtler: ‘the lives of black women in our society are twice as hard’. Or ‘it’s the duty of our politicians to strive for equality for everyone in all aspects’.

It begs the question to what degree this is being patronising. Unless perhaps we talk about a teacher who tells his students that people who eat meat are actually murderers. How conscious are teachers of their own values and standards that they convey? Is this a bad thing? Or do students perhaps feel intimidated?

Tummers sees these teachers as ‘preachers’. They impose their viewpoints on their students. He thinks it’s good when teachers show what they’ve discovered based on their empirical research. “They do need to substantiate that though.” But teachers like that should also be open to debates. What do other people feel, and why? But as teachers, you should also learn more about the why of other opinions. Why does Trump think the way he thinks? Empathise, and try to explain.”

Tummers says this is a possible solution to the debate at the university. The university has to be a sanctuary where you can think whatever you want. But you don’t just have to be open to your own opinion, you also have to understand other people’s opinions. Tummers himself lived in Berkeley for some time, and noticed the debate there was very polarised. Some Democrats, for instance, don’t even talk to Republicans anymore. That polarisation is much stronger than it is in the Netherlands. “That’s also because we look at many things in an individualistic way. We need to be open to each other more. Listen to the other, and try to understand why the other thinks that way.” He gives an example of a project from psychologist Madelijn Strick, which DUB has written about. “Many people live in this city and they all have their own ideas, ambitions, and we used a big meeting in TivoliVredenburg to show these differences, to make people understand each other’s opinions.”

Tummers says that doesn’t mean it’s one-way traffic. “Why do people want you to stop flying? Is it about the future generations? What are the arguments? But the other way around, opponents of flying should also be open to the opinions of people who do wish to travel by plane. Why are they making that choice? You don’t always have to agree, but you can live alongside each other with respect for each other’s deliberations.”

This is the third and final article about the question of patronising behaviour at the UU. The first story is about the call for responses, in the second article UUers describe their experiences.