PhD ceremonies: to postpone or not to postpone. 'Doing this online is such a shame'

Because of the corona crisis, PhD ceremonies can’t take place at Utrecht University for the time being. The PhD candidates have a choice: do you want to hold your ceremony online, or do you want to postpone it by six months? Iva Vukusić chose the former: “It’s not ideal, but it’s definitely fun.”

Even though the processes are nearly exactly the same, there’s a significant difference with the usual way of doing PhD ceremonies. Everything is online. Jens herself, despite being dressed in a toga and being seated in front of a banner that reads ‘University Hall’, is in her own office. Through video programme Starlef, two virtual rooms are set up, and an IT support officer watches along the whole time. “It does happen that people get lost online, but so far, we’re doing great,” Jens says.

Like with historian Iva Vukusić (39), who obtained her doctorate mere hours before talking to DUB on the phone. She just defended her thesis about the role of Serbian paramilitary forces at the time Yugoslavia fell apart. She enthusiastically tells DUB that she thought it was a very positive experience, and has just drunk some champagne with her boyfriend, sitting on a bench in the sun. “It’s not ideal, but it’s definitely fun. I’m mostly very happy that it’s done,” Vukusić says.

A few weeks ago, she was notified that her PhD ceremony would not be able to take place in the Senate chamber. “I was sad for a while, but decided to make the best of it,” she says. “I wanted to finish this. I’ve been waiting for this day since I submitted my thesis in August.”

A shame, you can’t stand in the Senate chamber in front of all your friends and family 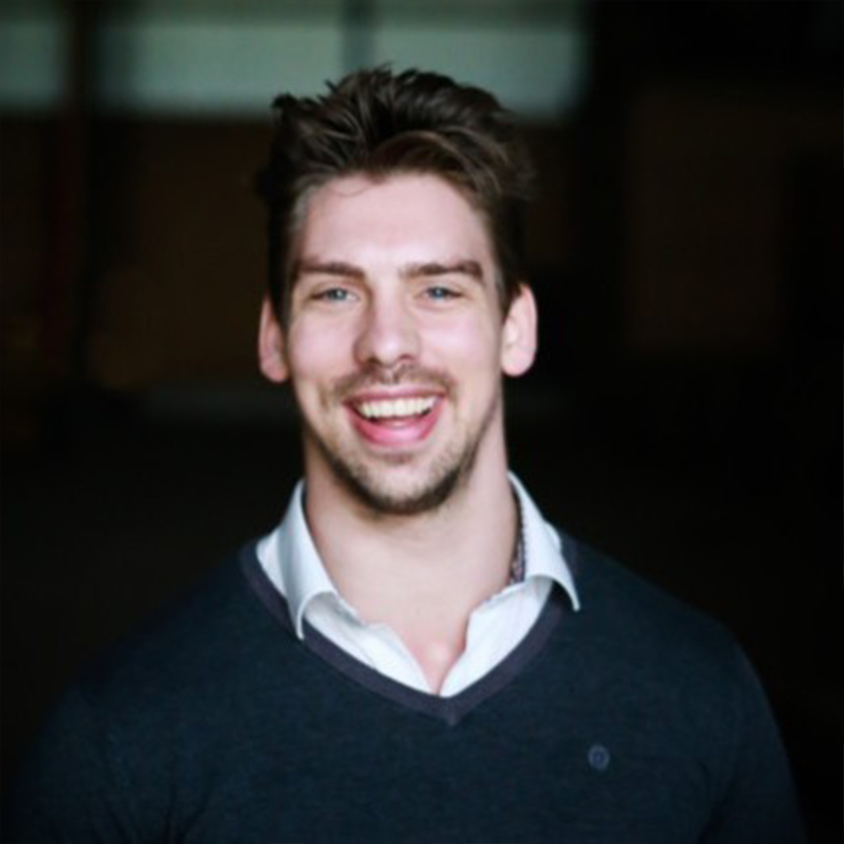 IT PhD candidate Wienand Omta (36) sees things differently. “It’s such a shame to do this online. You worked hard for this, and then there’s no ceremony, no party, and you’re not allowed to stand in the Senate chamber in front of all your friends and family,” Omta says. He’s decided to postpone his PhD ceremony, which had been scheduled for April 20. He’s received a new date for October.

“It sucks, because I’d already sent out 178 invitations,” says Omta, who’d studied the process in the technology of data analysis in High Content Screening (HCS) in biochemical processes. But he’s not interested in a ‘minimalist’ ceremony in front of a screen. It’s been quite a journey for Omta: he started out in the mavo level of secondary school; now he owns his own IT company and he’s – almost – got a doctorate. Technology is his passion, but not when it’s about his PhD ceremony.

In the meantime, Jens works herself to the bone to reschedule the postponed PhD ceremonies. “Together with my colleague Paulien van der Veer, we’re approaching all the candidates whose ceremonies had been scheduled between now and June,” Jens says. “There are over a hundred.” It’s up to the PhD candidates themselves to choose what to do. So far, it’s about half-half: half of the candidates choose to hold their ceremony online, the other half wants to postpone. “It’s time consuming, because the other PhD tracks are still continuing, and they also have PhD ceremonies.” In the months of September and October, they’re planning a minimum of one, sometimes two additional PhD ceremony moments a day.

But what if in-person meetings are still banned in October? Omta laughs nervously. “Yes, I’ve also considered that. I’d do it online in that case. You can’t keep postponing.”

I would really love to stand in that gorgeous room

Neurotoxicologist Anke Tukker (33) also chose to postpone her ceremony. “It’s an emotional thing for me. I worked for this moment for four years, and I would really love to stand in that gorgeous room, with my friends, family, and colleagues there. I don’t want to do that in front of a computer screen,” she says, determined. She’d pictured the whole affair in her mind already: “Then the Wi-Fi would glitch, and you can’t understand the questions, what did you say? What did you say? No, I’ll wait.”

Thankfully, the beadle says, things are going great so far, technology-wise. “But it remains a point of stress, of course. There was one person who had no power or Wi-Fi until right before the PhD ceremony. And we just had two committee members who joined the defence on their phones,” Jens says. That wasn’t the most satisfactory, so they decided to make some adjustments immediately after that. “It’s a bit of improvisation,” she says. She’s thankful to the people of AV-Media, who’ve managed to make everything possible online in record time.

Everyone can watch live

One positive aspect for the beadle is that for the first time, she can watch the defences. In in-person meetings, she has to leave the room at a certain point. “The PhD ceremonies are open to the public; everyone can watch live on Starleaf, so I can, too,” Jens says. For Vukusić, it helped calm her nerves that she couldn’t see who was in the audience. “I was alone in an office that had the best Wi-Fi. As PhD candidate, you get used to being alone, so that helped me cope with the stress,” Vukusić says.

She advises PhD candidates to make their own choices, but not to be put off by the idea of it being held online: “I thought the atmosphere was nice, and some interesting questions were asked. Afterwards, I received many beautiful and heart-warming messages from friends; I’ve got like six bouquets of flowers at home.” Some candidates don’t have a choice in whether or not to postpone, for instance if they need that doctorate for a new job, or because their visa is about to expire.

Tukker did have that option, “thankfully”. “It’s a very weird time. A lot of things were unclear from the university’s side at first, but that’s improved a lot now.” She was supposed to move to the United States in May for a PostDoc position, joining her boyfriend who’s already there, but she won’t be able to move there for the time being. And if she happens to be in the United States in October, she’ll just travel back to the Netherlands for her PhD ceremony. “I had some hesitations at first, but it’s too important for me not to do this, as closure.” Her self-made dress is already waiting for her.

Remote opposing in the future

In terms of sustainability, online PhD ceremonies prove to be a great improvement. The question of whether flying in committee members from all over the world just so they can ask one single question was environmentally friendly. Jens: “I think that in the future, we’ll use the option of letting one or more committee members oppose remotely more often. That’s a positive result of this crisis: seeing that things you’ve been struggling with for years are suddenly solved quickly.”

She herself would do her PhD ceremony online, if she’d had to make that decision now. “Especially now that I’ve seen how it works. It’s quite nice and calm, and there seems to be less stress and tension. The party will come later,” Jens says.