From 2020 on, everyone should be able to read articles written by Dutch scientists for free. The plan has been met with a lot of resistance. Young researchers are especially worried about their future, as became clear during a meeting about ‘Plan S’.

‘COAlition S’, an international group of research financers that includes NWO and ZonMW, wants scientists to start publishing exclusively in open access journals next year (Plan S). Authors pay a one-time fee for publishing, and the end of exorbitantly high subscription fees for journals will be nigh. Publicly-funded research, it’s said, will be read and cited more often this way.

Predatory journals
But critics fear the birth of so-called predatory journals that want to publish as many articles as possible without caring much for their quality. Money above reputation. Additionally, authors will have to dig deep into their pockets: publishing in a renowned journal may cost up to four thousand euros.

At the moment, scientists are mostly appraised based on the number of publications they’ve had and the impact their published work has had. Universities and research financers want to change this. Among other things, the education scientists provide should also be a factor.

What exactly will happen, and when, remains entirely unclear. This worries young scientists especially. They still feel the pressure to publish as much as possible, but don’t know how they’ll be evaluated if they can only publish in open access journals from 2020 on.

Flow
Last Thursday, during a meeting about Plan S organised by NOW and ZonMW, these worries were voiced. “Young researchers are vulnerable,” said neuroscientist Barbara Braams. The years after getting a PhD are crucial, she says, so the evaluation system needs to be clear. PhD candidates don’t have the time to wait out the transitional period to a new system of evaluation. “You can’t go with the flow if the assessment criteria change during your research,” Braams says.

Pilots held this year are meant to predict how fast the transition to full open access can go, says ZonMW chairman Jeroen Geurts. But he doesn’t want to delay the starting date. There isn’t much of an increase yet in the number of open access publications: in 2017, half of all articles in the Netherlands were freely accessible, but on average, Europe has been stuck around 25 percent for years now. Geurts says something really has to change now.

Division
Countries like Germany, Switzerland, the United States, Israel, and Australia don’t support Plan S. But what happens when young researchers don’t get the chance to publish in those countries, asked Ineke Sluiter, vice president of the Royal Netherlands Academy of Arts and Sciences. And what will it mean for the reputation of the Netherlands as research country?

Chemist Bas de Bruin, like others present, fears a division in science. Perhaps Dutch scientists won’t be able to publish in renowned journals like Nature and Science anymore. This won’t just put pressure on the collaboration with foreign colleagues who are still allowed to publish in these journals, but it’ll also change the peer review system. De Bruin: “Who would want to be a reviewer for a journal you’re not allowed to publish in yourself?”

He can imagine PhD candidates and PostDocs don’t want to work in the Netherlands anymore if it means not having their articles published in the best journals. That may have a profound effect – after all, these are the professors of the future.

Chances
Many participants are worried about the position of young scientists. Older researchers could act as pioneers, someone mentioned at the end of the meeting. “If they’re not as concerned with publishing in renowned journals and join Plan S, the younger generation will follow.”

ZonMW chairman Geurts warned that the new generation can’t become a ‘lost generation’. “We may have to work towards higher appreciation of collaborations and data sharing,” he said. On May 23, NWO is organising a meeting on new ways of evaluating and rewarding.

For more on Plan S read our interview with the open acces experts of the Utrecht University Library: Jeroen Bosman, Bianca Kramer en Jeroen Sondervan. They hope Plan S will be a wake up call. "All parties have to act now." 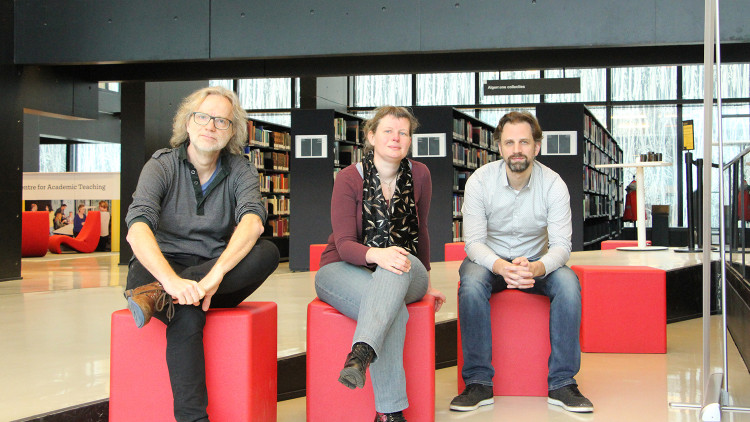