Those that celebrate the feast of St. Martin generally join the annual march on November 11, the day the patron saint was buried. But, in the Middle Ages, Utrecht also celebrated the saint on July 4. Professor in Medieval Latin Els Rose will breathe new life into that tradition this weekend, with the Summer feast of St. Martin.

It’s the fifth century, in the French city of Tours. St. Martin was a bishop in this city in the previous century, becoming hugely popular within a few generations. The story of Martinus of Tours should be familiar to many of DUB's readers: as a soldier, he gave part of his cloak to a beggar for warmth. Due to the miracles Martinus is said to have worked, he got famous with the people of Tours, who named him their bishop.

Thanks to his popularity, crowds started pilgrimaging to Tours. The city then builds a small chapel on St. Martin’s grave, which eventually gave rise to a new city centre, with many convents and guest houses. An economy developed, rendering the chapel too small to accommodate all the tourists. The bishop of the time ordered the city to build a new church worthy of the saint, a veritable basilica. The relics, the saint’s remains, would be transferred to the new church.

But the sarcophagus proves to be too heavy. No matter how many people the workers get in to help, there is no way to move it. The men pray, fast, pray again, fast again, hoping for a miracle. Suddenly, a wise, old man appears. Was it St. Martin’s ghost? Nobody knows. He said: "You are trying to shift the stone on the wrong day, you have to do it on July 4, the day Martinus became the bishop. of Tours. On that day, the casket will be light and you will have an easy time of it." Indeed, the new attempt on July 4 was a success.

This is only one of many miraculous tales registered and preserved about Gregorius of Tours, a bishop in the second half of the sixth century. The 4th of July became a religious holiday commemorating not only the saint’s death but his accomplishments for the city as well. Utrecht, whose patron saint is St. Martin, also celebrates the St. Martin Summer feast.

Happy city
Back to the present. When professor and St. Martin Expert Els Rose heard that the city of Utrecht is celebrating its 900th birthday, she thought: "This is a unique opportunity to celebrate the city feast of St. Martin." The celebration is now part of her NOW-Vici-project Speaking about citizenship in the early Middle Ages. 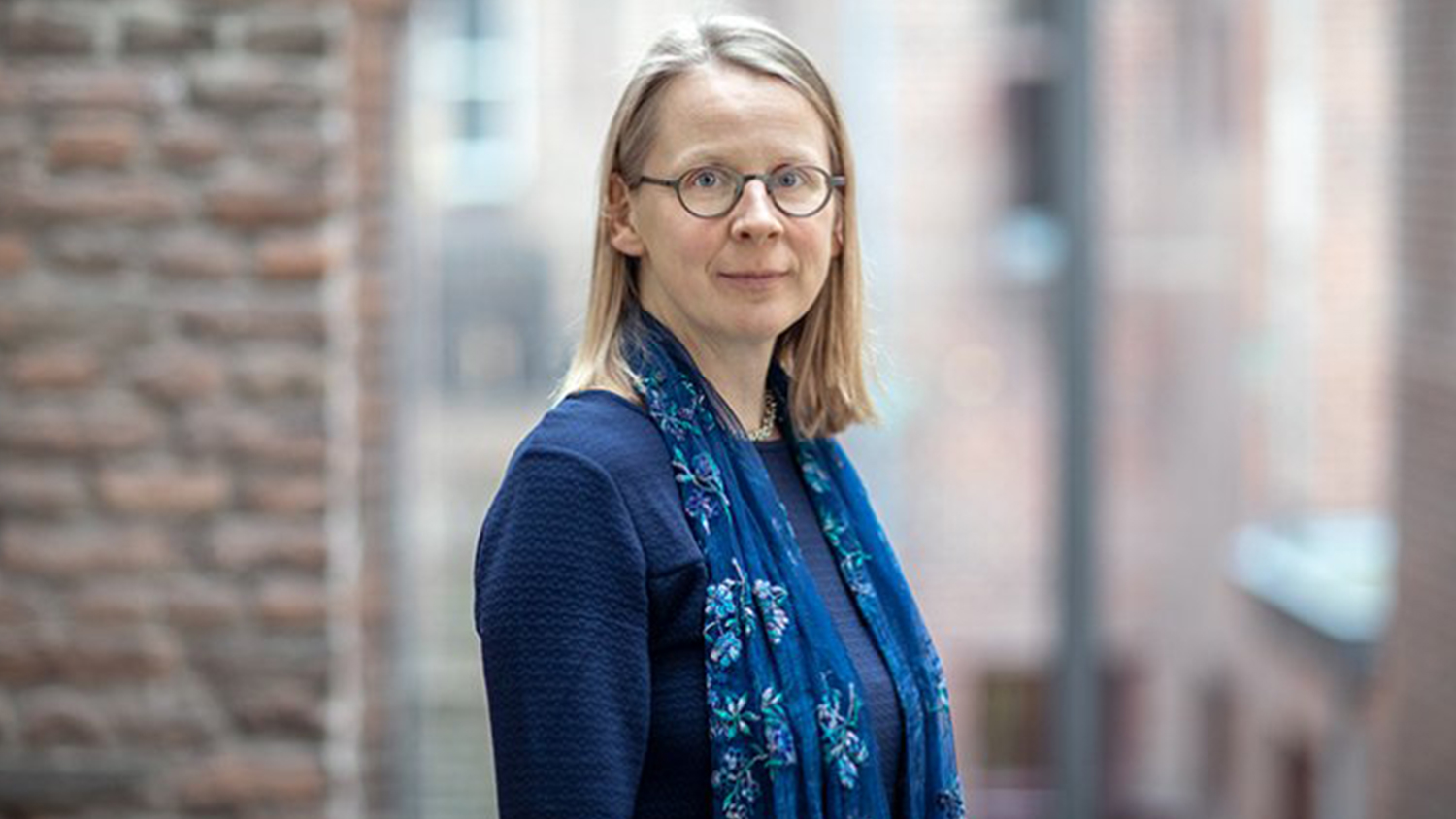 The music was recorded in a special and valuable manuscript from the 12th century, currently in the possession of the Utrecht University Library. The book was made around 1122, the year Utrecht was granted city rights, and the lyrics concern Radboud’s own miraculous story, which contributed to the St. Martin hype in Utrecht.

Radboud tells a story that is said to have played out in 903. Due to a Viking attack, the city walls were about to collapse. Women, elderly people and children were calling for St. Martin’s aid, which is why they retrieved the box of St. Martin’s relics from his grave. The story goes that the sight of the box caused the Vikings to flee. Not so much because of the relics, but mostly due to the confidence the people exhibited.

Children’s songs
Ruben van Gogh, a poet from Utrecht, has written children’s songs based on Radboud’s melodies, which will be sung by students from six of Utrecht’s primary schools. The St. Martin summer feast has a diverse programme in the Dom church and the Academy building, for which Els Rose is expecting a lot of interest. Most St. Martin plays taking place in present-day Utrecht only arose in the 1990s, she says.

“It’s a reimagined tradition. Children have been going from door to door on November 11 for a while now, but the number of children doing it has really risen since the 90s. The first actual parade happened in 2011 and has since then become an annual event. The city of Utrecht likes to identify itself with St. Martin, who symbolises connection and solidarity. FC Utrecht, the city’s football club, also feels affiliated with St. Martin. The club has launched the St. Martin pact, through which they offer seasonal pass holders the possibility to jointly pay for the tickets of poorer fans. In its advertisements, the club also often refers to the fighting spirit of St. Martin. The people of Utrecht feel like St. Martin matches the city, it has become part of their identity.” 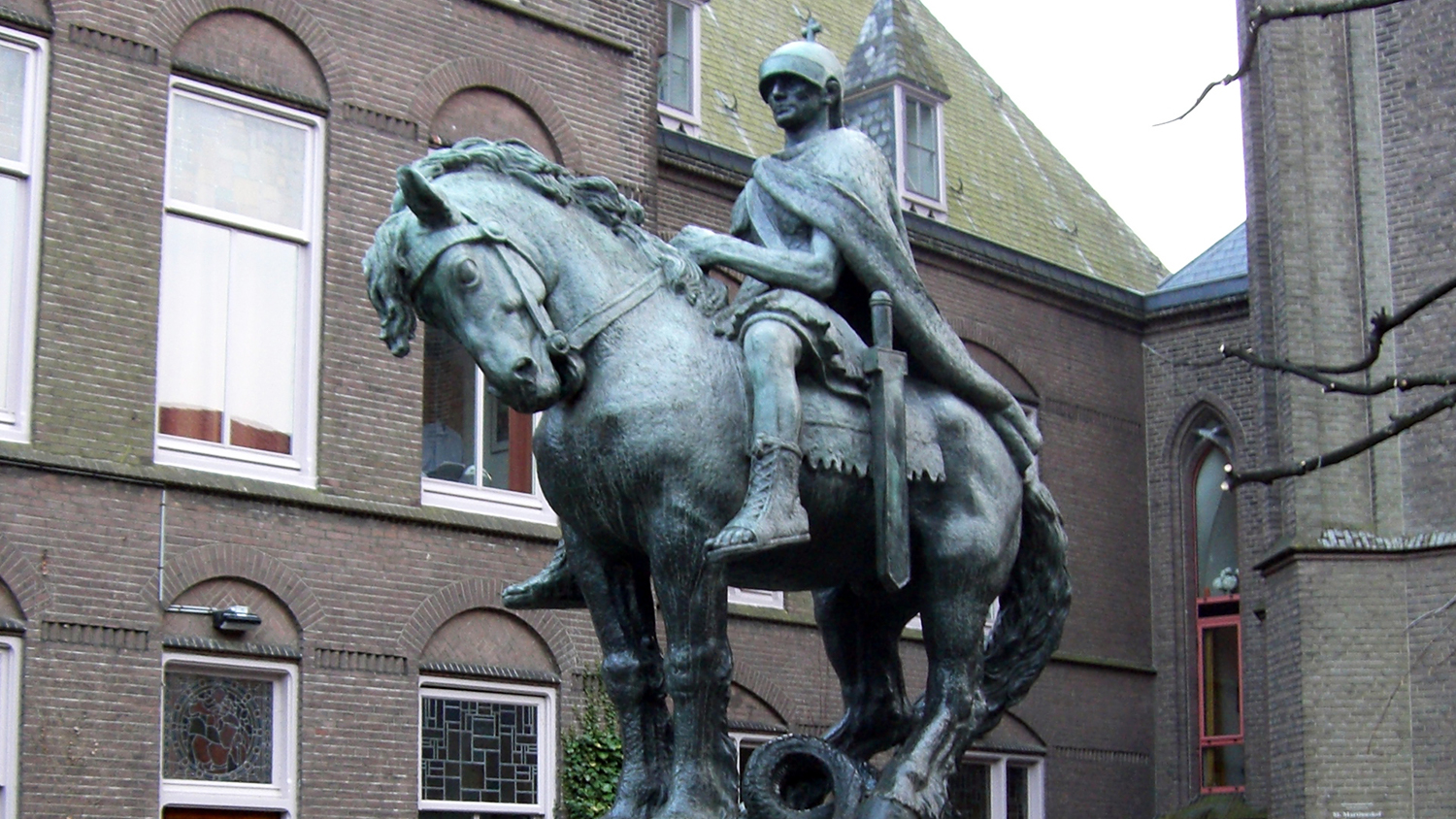 St. Martin feeling
When was the last time the summer feast of St. Martin was celebrated in Utrecht? Els Rose is not sure, but it is clear that the Reformation played a large part. “After the Reformation, many catholic churches switched and became protestant. Because the protestants did not have such an extensive liturgy, they didn't need so many churches. The Jans church became a library, for instance. Catholic traditions also suffered under the influence of the protestants. The folklore of going door-to-door on November 11 remained, but the summer feast stopped being celebrated.”

Does this weekend mark the return of the tradition? “Perhaps”, Els Rose replies. “The St. Martin feeling can still grow in this city, but that will probably happen through the educational system. Due to all the delays caused by Covid, many primary schools were not able to participate in our program. It's not a priority. That's why we are working on developing an educational project so that children will get to hear about St. Martin and learn from the stories.”

In the Latinist's view, Utrecht has a lot of work to do. “Utrecht is shedding more and more light on its past. Look at Dom square, where the contours of the Roman Castellum are visible and one can view archaeological ruins at DOMunder. There are many more stories yet to be told, stories that have been written in the Medieval period.”

Energy
The professor says that the collaborative project has given her "an unbelievable energy”. Els Rose: “Choir members, writers, singers, children. Everyone contributed with their input. The Martinus bell in the Dom tower will sound and the museum has offered up imagery for the book. That is a lot like St. Martin.”

Now, Rose will let the patron saint rest for a while. “I work according to the three-field system for Medieval agriculture: you have three fields but only sow two and have one be left alone. Each year you switch them around. Now it’s time for different topics.”

If you want to experience a St. Martin’s summer feast, this is your chance. You can find more information about the event and the programme for Sunday, July 3, and Monday, July 4 here (site in Dutch).