Scientist, stay in your lane

Scientists have to make sure that their work is socially involved, and that their data is shared with the community. At the same time, professors invited onto talk shows shouldn’t let themselves be tempted into making statements about topics that are not in their area of expertise, as this damages trust in science. This is one of the conclusions of a panel discussion at the launch of Frank Miedema’s book about open science on Thursday, October 26.

Frank Miedema launched his book Open Science, the very idea in the public library situated next to the Neude square. Many university board members and key research figures were invited to discuss the relationship between society and science with Miedema, the vice rector Research, professor in Open Science and former dean of Medicine. Any Utrechters visiting the public library were able to listen in.

One of the themes that was raised that afternoon was the role of the scientist in the public debate. Miedema has been a years-long proponent of science prioritizing finding solutions for societal problems. Researchers shouldn’t retreat to their ivory towers, but place themselves right in the middle of the community with an open mind. However, they should only do so as it pertains to their own expertise. “Now there are scientists in talk shows being tempted to discuss topics they don’t know more about than the average Dutchman. They shouldn’t do that  - just tell the presenter that you’ve been invited because of your research and that you don’t know about anything else. You have to know the limitations of your competencies”, Miedema says.

Being transparent
Science historian and panel member Hieke Huistra agrees. “You want to prevent science turning into ‘just another opinion’ in the eyes of the public. You have to be transparent. Within open science, the scientists shows the entire research process, including insecurities and doubts. Scientists are only human, after all. But in the end, it has to be clear that the result is trustworthy.”

“I regularly see scientists being very adamant when presenting their results”, said Jet Bussemaker, former minister of Education-turned-professor of ‘Science, policy & societal impact, especially in healthcare’ at Leiden University. “When a scientist claims something that turns out to be untrue, that damages science.”

Political considerations
In the panel discussion, corona is an oft-visited subject. Panel member Bussemaker thinks it’s bad that scientists often act like policy makers. “Those are separate roles,” she thinks. “I think the Cabinet is allowed to ask the Outbreak Management Team for advice during the Covid crisis, but they have to make any political considerations themselves.” She agreed with Prime Minister Rutte’s attitude at the start of the pandemic, telling reporters he was ‘navigating according to science’, but she thinks politicians shouldn’t hide behind science when making decisions.

“Scientists should provide the public debate with the right information, rather than make political decisions”, Miedema agrees. He called on an example of some years ago that he describes extensively in his book and that is recognizable in Covid times. In 2009, the Mexican flu was thought to be a threat to Dutch lives. A Health council commission, in which Miedema was a member, had to advise then-minister Ab Klink about the purchase of a vaccine. “We drew up two scenarios. In the first, the Netherlands wouldn’t buy any vaccines, and risk having its population get infected. In the second scenario, the vaccine is acquired in order to protect people, with the risk of it being superfluous. In both scenarios, the minister risked being called to answer in the Dutch parliament. On the one hand, you would waste money if the virus would never end up on our shores; on the other, you forego buying the vaccine and risk preventable deaths. The minister chose to buy the vaccines, and sure enough, the Mexican flu never came. Around 300 million Euros had been spent for nothing. Minister Klink blamed science. ‘They advised me to buy the vaccine,’ he said. But that was incorrect. We only outlined the scenarios.”

Science historian Huistra is surprised by this anecdote. “You’re not just a scientist, though, right? You also have a moral compass. You’re allowed to say that in a commission like that, aren’t you?” Miedema says he personally would have chosen to buy the vaccine. However, their advice was purely scientific, with the choice left to the politicians, who also could have chosen to spend the 300 million Euros on prevention. 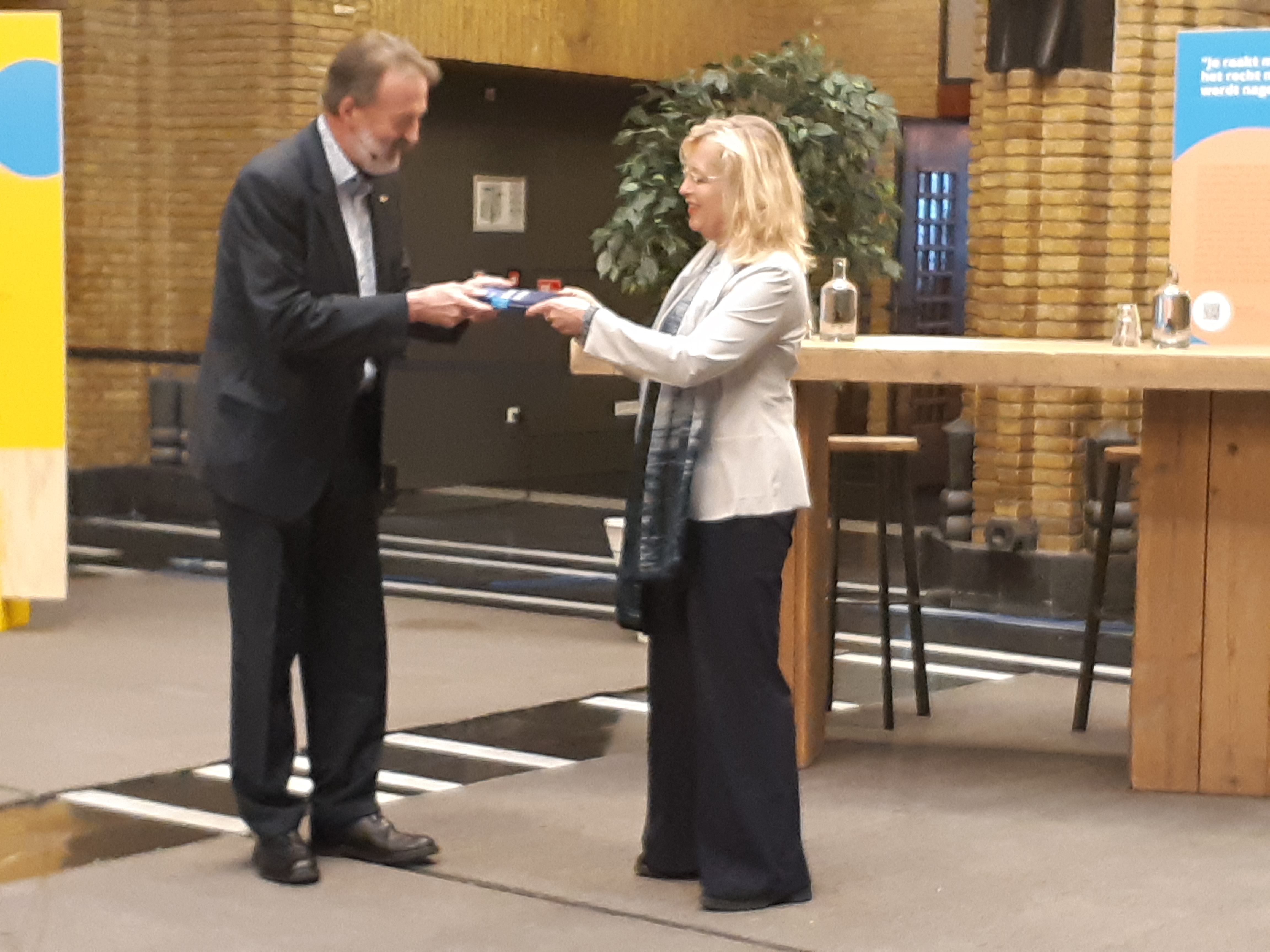 Supervisions theses
Panel member Marij Swinkels, a legal scholar who just successfully defended her PhD thesis on European leadership, is an advocate for Public Engagement; the solving of societal problems from a scientific point of view. She struggles with this strict division of roles. “I’m supposed to supervise theses on topics that are really not my area of expertise. Or I teach courses about themes other than European leadership. I don’t think such a strict separation of roles is possible. Moreover, I want to teach my students more than knowledge from my field. You also teach them to think about the roles they might play In society, like policy officer or politician.”

The panel members think it’s a good thing for Swinkels to engage in these discussions with students. This teaches them about what part they need to play in the public debate as either policy makers or scientists. Swinkels’ commitment to society is also commended. It fits right in with open science and the university’s new slogan: Sharing science, shaping tomorrow. However, she notes that her efforts are not really appreciated outside of campus. “When I fill in my appraisal form, it still makes the distinction between ‘education’, ‘research’ and ‘miscellaneous activities’. The last one really sound like: whatever else you do. They like and acknowledge my commitment, but I’m not judged positively because of it.”

Soft sciences
So it’s a good thing for scientists to get involved in societal debates, the panel members think, as long as they keep to their expertise and don’t use their scientific status to talk about other subjects. Bussemaker thinks politicians also have a responsibility to tap into that expertise. For instance, in Covid times, there was too little attention paid to the psychological and communicative sides of the problem. “Many politicians think beta is true science, I noticed when I was minister. I shouldn’t say too much, but the Cabinet I took part in didn’t really take alpha and gamma sciences seriously. So-called soft sciences are important too.”