Practices that cross the line, fierce competition, working overtime. With the theatrical production Mindlab, the playwrights of TheaterMakers van Radio Kootwijk make a pungent representation of scenes from the science world that don&#39;t get talked about much, but they are certainly recognisable. The play can be seen for two more weeks, almost exclusively to staff members of Utrecht University.

The story is set in a lab, Mindlab, where professor Casper von Meister participates in an experiment that allows him to look back on his career. But the snippets shown to the viewers are not the happiest moments of his carrer. On the contrary. They are instances in which he felt that he was on the edge of integrity or perhaps even crossed the line.

The topics addressed by Mindlab are not new: a scientist that uses his position of power to seduce a colleague; research being presented in a more attractive way to look more successful than it actually is; the pressure to keep on working even though it costs your personal life. But, by making matters personal through the character of Von Meister, the situations become more relatable to the UU staff watching it. 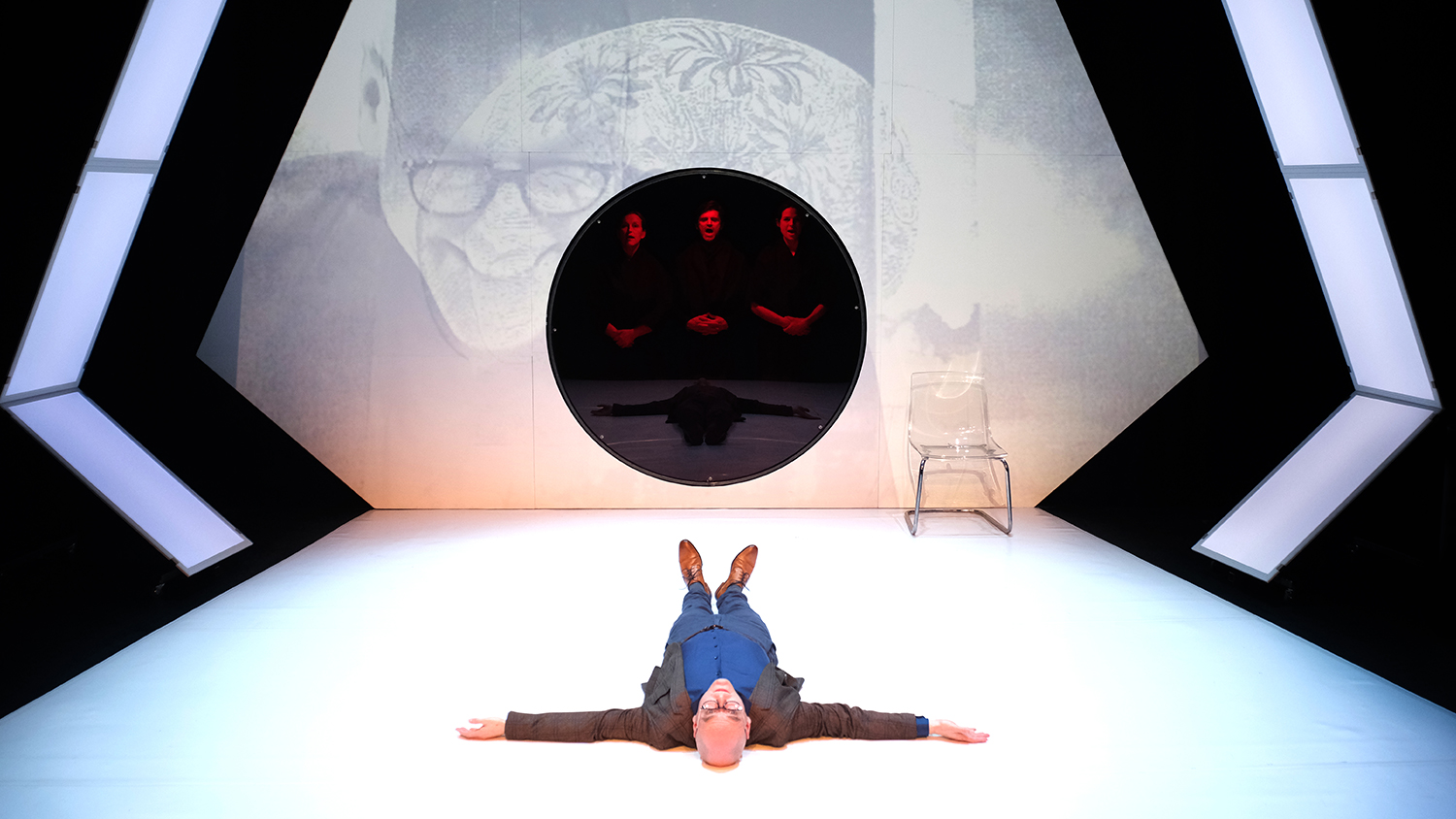 Engaged audience
That is to be expected, as the TheaterMakers van RadioKootwijk  are a theatre company focused on 'engaged theatre'. The artists often collaborate with organisations to address certain topics and start conversations. For example, they caused quite a stir with the play Rauw (Raw, Ed.) which talks about the difficult aspects of working as a police officer, such as how hard it is for them to deal with their emotions. Another play, Vuurdoop (Baptism of Fire, Ed.), discusses what it means to feel safe and unsafe in the army. That play, too, caused a comotion: it was even performed for members of the Dutch parliament.

Now they've turned their eye to the academic word. Ellen Giebels, professor at the University of Twente, was so impressed by the play about the military that she thought there should be a similar production about the university. But Utrecht was just as interested in this type of reflection as Twente, so the two institutions got in touch with each other to commission a performance about scientific integrity and feeling safe at the university.

Field research
The theatre company didn't come up with Mindlab overnight. First, they did a lot of research. They had deep conversations with twenty researchers in Utrecht and twenty researchers in Twente to identify the main problems taking place in the scientific world. "One of the issues that most caught my attention was that my idea of science didn't correspond to reality. When people think about science, they think about people working hard to make the world a better place. They're searching for the truth and investigate how society's problems can be solved. One would expect them to be able to and willing to work together. But that's not exactly how things go. Thanks to the conversations, we realised that it is a very competitive world. The researchers often find themselves in a rat race, trying to do everything in their power to get to the top. And, in that race, their integrity is often comprised," stated Walter Supèr, who conducted the talks and wrote the play.

My family complains often
This is a recurrent theme in the play. The makers of Mindlab invite scientists to confront themselves in the mirror, as evidenced by the performance from October 11, which was especially intended for the Faculty of Science. "I had really high expectations," admits a Mathematics professor. "But they addressed the dilemmas quite well. It was a bit over the top, of course, but it is recognisable nonetheless." Another professor said he's into cultural events, which is why he decided to watch the play. "I haven't personally witnessed the situations they show in the play. But it does get you thinking. It moved me. Some of the topics are relatable, like working way too much. My family complains about it often. The play shows where that can lead to."

Each person we talk to after the play mentions a different aspect as the most striking. "The undervaluation of education always hits me hard. Personally, I haven't got a PhD, so I can forget about building a career here," laments a teacher. "It's true that you must embellish the presentation of your research. It has to be striking, otherwise forget it. I have a colleague who has yet to receive a subsidy, even after two years. That makes him insecure. I also think that he's being watched." 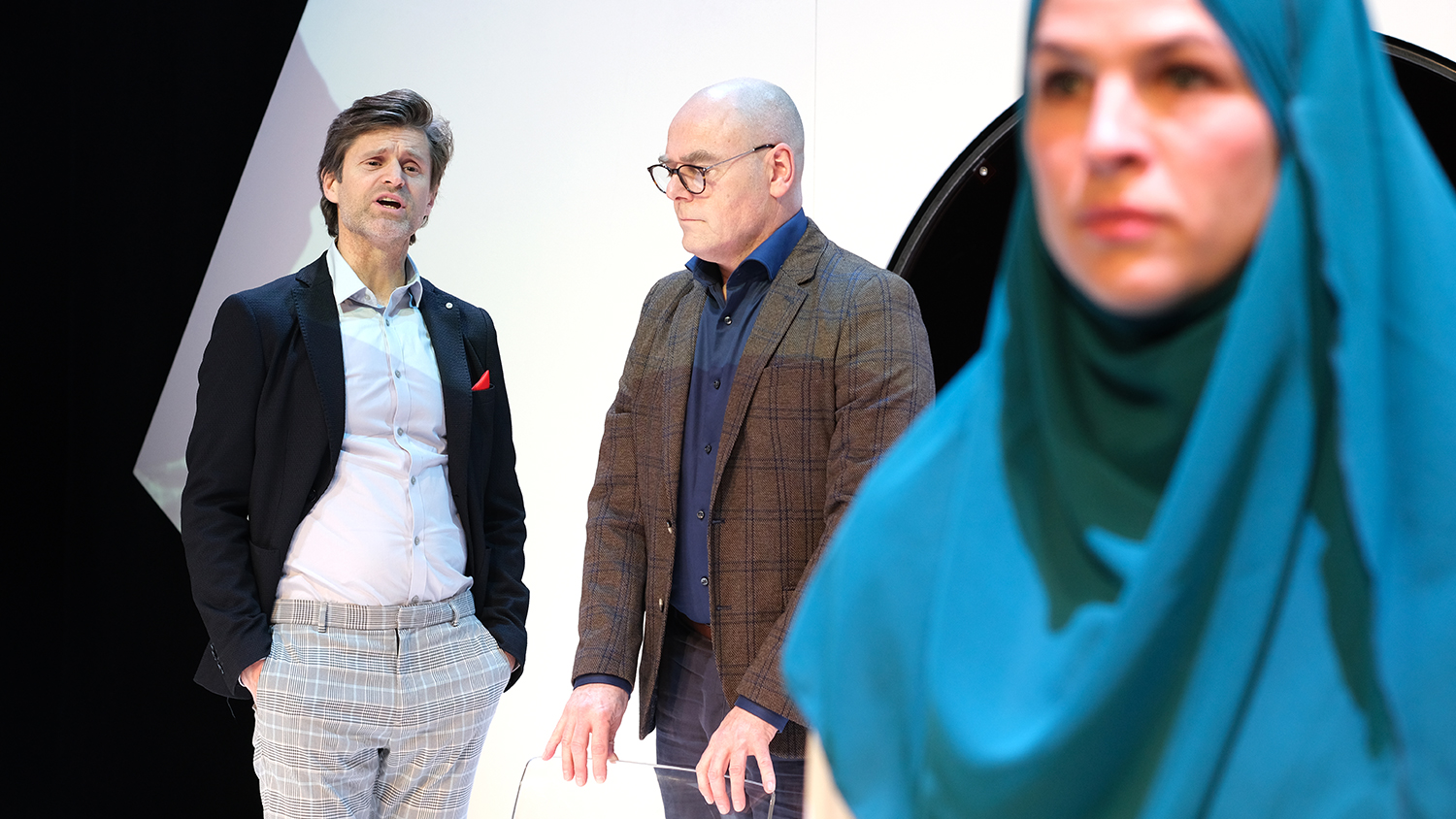 Embarrassing evaluation
Gender inequality is another topic featured in the play, and many women in science can relate to it. "I find it hard to hold my own as a female postdoc in this faculty. Oftentimes colleagues talk to me as if I were a student. Apparently, they just can't imagine a woman being a scientist. Eventually, you get used to it. But, when I spent some time in New Zealand, I saw that things can be different. They don't seem to have an issue with female researchers there. Instead, they judged me for my role." Other teachers are embarrassed by the way students talk about female teachers in their anonymous evaluations. "You didn't do too bad for a blonde, a student once wrote. What am I supposed to do with that?"

Many people in the audience related to the idea that a scientist starts to look at the university in a different way once their own kids become university students. "My own daughter was one of my students," says a teacher. "That was weird. But it was interesting to hear how she experienced education in our faculty. I got a completely different perspective on the education we provide."

Cultural change
In the discussions that followed the play, the question 'how can we change things?' was met with silence. But the audience is quick to point out what is wrong with the system. "After watching such a play, I wonder how can I improve," says a renowned professor who also holds a managerial position. "That should happen more often. Otherwise, you just don't think about it." Soon later, the audience realises that there are still many places left in the theatre. A lot more staff members of the Faculty of Science could have been there. "The people who really should be reflecting on these issues are not here. They're simply too busy to attend a theatrical performance. They're conducting their research," a researcher summarizes the dominant opinion.

Nevertheless, those present do appreciate the fact that the university has made it possible for its employees to watch this play and dedicate some time to discussing it afterwards. But the question remains: how can we reach the ones who didn't come? A manager suggests: "If we could have a version of this group online, on an off day for instance, and then talk about it, that would increase the reach. After all, if the conversation never happens, then nothing's ever going to change."

The play is to be seen at Paranassos from October 11 until October 26. On the first week, most sessions are intended for members of certain faculties or departments. The second week is open for people from the whole university. One of the sessions, to be held on October 24, will also be open for the general audience, meaning those who are not connected to UU.