It isn’t always easy to keep students motivated during online classes. How can teachers compensate for the shortcomings of the online format, such as the lack of informal chats after class and the chance to see all students at once? DUB spoke with three UU lecturers who employed different tools to make their online classes more interesting. “We cannot just copy and paste the old form of education onto Microsoft Teams and expect it to work”.

In 2020, all UU teachers went through a shock: they suddenly had to convert their whole courses to an online format. While some struggled to find ways to keep students engaged, others took the chance to put tools and technologies to the test.

A digital classroom
Professor Rene Glas, a game scholar and one of the co-lecturers of Computer Games in Context alongside Jasper van Vught, decided to use an additional tool to complement Microsoft Teams. Enter GatherTown, a platform where each student embodies a 2D avatar allowing them to interact with each other in a digital classroom.

The platform, which bears similarities with games from the 80s or 90s, was enjoyed both by the lecturers and the students thanks to its nostalgic feel. But the “interesting thing about GatherTown is that it has, at its core, the same functionalities as Teams, with webcams, cameras and break-out rooms”, explained Glas. It also “fits in nicely with the context of the course”.

According to a recent study, Zoom, Skype, Google Meet and Microsoft Teams – the most-used tools at Utrecht University – fall short on metrics like student engagement, isolation, and creating a comfortable learning environment. For Glas, GatherTown helped them to tackle some of these deficiencies, by allowing them “to create a situation to see, in one quick view, all the students, or rather their avatars, sitting at tables. So, it gives me, the teacher, the experience of having students actually there at my class”.

This feeling is shared by the students, who miss their face-to-face classes deeply. “We get to choose who we sit with”, says student Sosja, who participated in the course. Another student, Sofie, appreciates GatherTown because it is “less anonymous than Teams”. 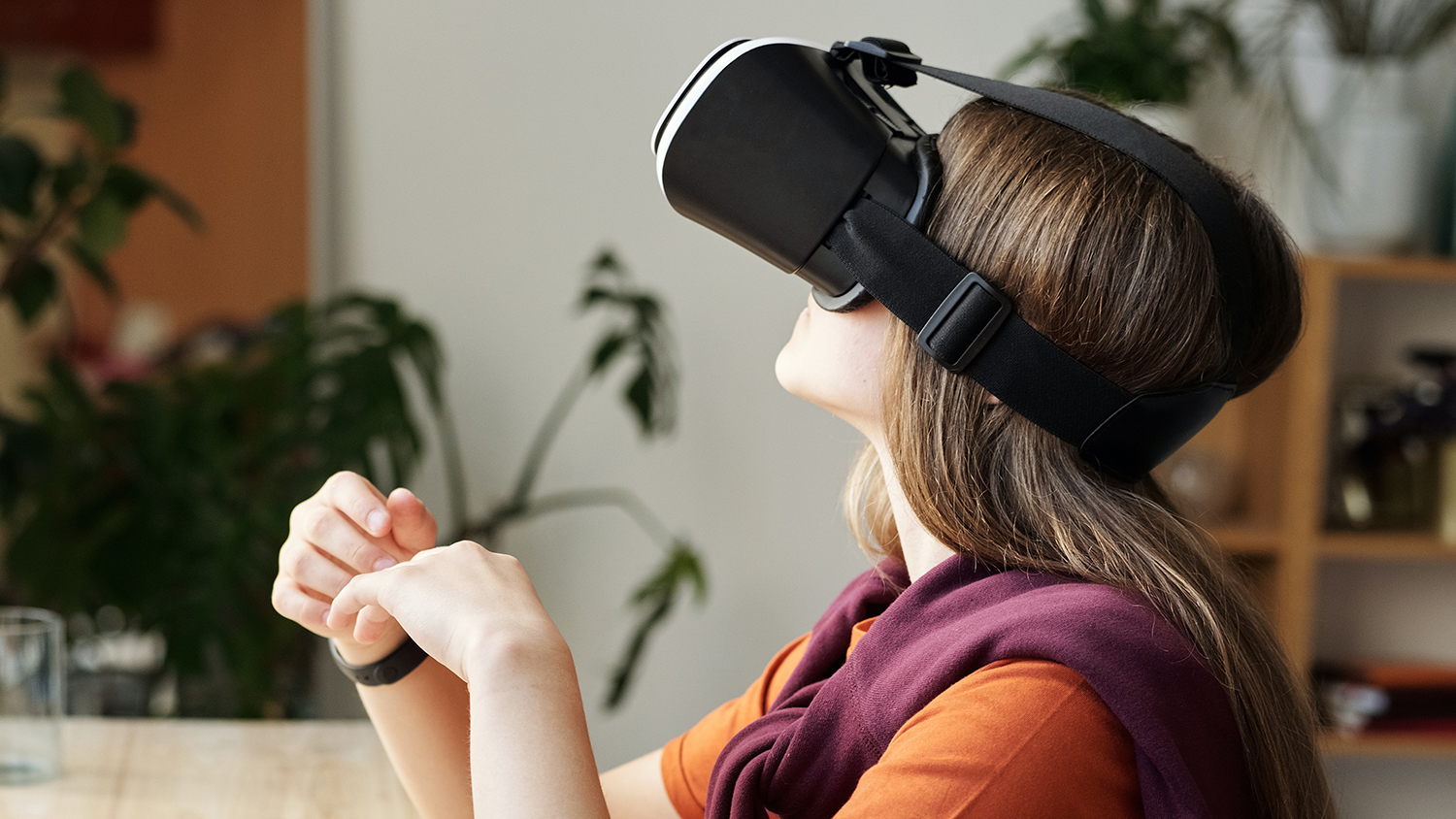 VR headsets at home
Humanities professor Kristi Ondarra has been exploring the use of virtual environments in language instruction for over a decade. She has recently organised a pilot where students had the opportunity to take home a VR headset.

According to her, the coronavirus pandemic has sparked new interest in the use of virtual reality in education and, consequently, her research. “I was the only one in the faculty of Humanities experimenting with avatars and virtual worlds, which people thought wasn’t serious”, she recollects, looking amused. “And then came Covid and the interest shifted in 10 days”.

Together with Educate-It, she is testing the use of virtual reality as part of the Bachelor’s programme Spanish Language & Culture. Students were given the opportunity to interact with students of Spanish in Germany, on AltSpace. "It was really as if we were standing with each other, struggling with Spanish in a classroom", says student Kiki, for whom the experience was refreshing: “It’s an amazing way to study a culture, because it’s impersonal in VR. What you hear is what you get and you can just focus on the tasks without judging people”.

The use of the technology enables the students to visualise the material more clearly, notes professor Odarra. “You can go to a museum, to a meeting, upload pictures and objects: you can be more authentic. It enhances the intercultural awareness that contributes to learning languages”.

However, there are limits to the technology: it is not uncommon for users to feel nauseous from using headsets, as they interfere with how we perceive our environment. This creates a dissonance between the world the user sees and the one they are in. Studies have shown that virtual reality interferes with how people balance themselves. Manon, one of the students in Odarra’s pilot, says she needed “half an hour to recover after the intensity of the experience”.

While the technology is promising, its use in education is only in its infancy. Yuanyuan Hu, PhD candidate at the Social and Behavioural Sciences department, is researching the use of virtual reality in the teaching of chemistry. “We are still trying to find what it is good for”, she says.

Automation and war
Tim Goudriaan, UCU lecturer and co-founder of the Utrecht Institute for Crisis and Conflict Simulation wants to turn the classroom on its head. Rather than trying to emulate the physical classroom in the digital space, he believes education can be in large part automated so that teachers and students can focus on what works well in online and hybrid settings: interactive and experiential learning.

“Skills such as academic writing and research have since the time of Aristotle been transferred on a person-to-person basis”, explains Goudriaan, who has developed a series of online courses titled Why not have all the basic academic skills taught through E-learning?

Goudriaan has automated a large part of his lectures in order to have more time for interactive activities with his students such as educational games. In a recent simulation about the crisis in the South China Sea, 60 students from two classes were invited to re-enact a diplomatic crisis, role-playing countries and finding solutions together on MS Teams, practicing their negotiation skills.

This form of interactivity is different from the one found in a normal classroom and is not intended to replace it, he notes. “But it does require people to stop trying to implement the old world in the new world. We cannot just copy and paste the old form of education into a Teams environment and expect it to work. Simulations and games are a partial solution to the interactivity issue, considering we’re putting interaction at the heart of the education we’re giving”.

Although he believes hybrid and blended learning opportunities will become more and more commonplace, Tim Goudriaan observes that universities will largely try to “go back to business as usual as soon as possible” and the progress made during the pandemic might be lost. “Going back to normal may sound nice, but it overlooks the exponential growth of online education by commercial parties this past year. 2021 will therefore be a mixed bag of new initiatives and missed opportunities for universities”, he predicts.