What’s going on with the Buys Ballot building?

“It would be so lovely if we could open a window in here.” It’s a lament DUB hears often during a walk around the Buys Ballot building. Many of the students and employees in the building are complaining. They feel groggy, or warm. Some are experiencing more major inconveniences. This month, the UU sent out a survey and will once again examine the complaints.

When you walk through the apple-green décor in the Koningsberger building on the first floor and enter the far more grim-looking Buys Ballot building, the first thing you see on your right is a large number of students sitting at table and in alcoves. They’re studying hard when DUB stops by.

One of them is pharmacy student Laurens, who’s preparing for an exam. He removes his headphones and looks surprised when he’s asked whether the Buys Ballot is a nice place to study. “Yeah, fine, it’s nice and quiet here.” No issues? “No, why?” 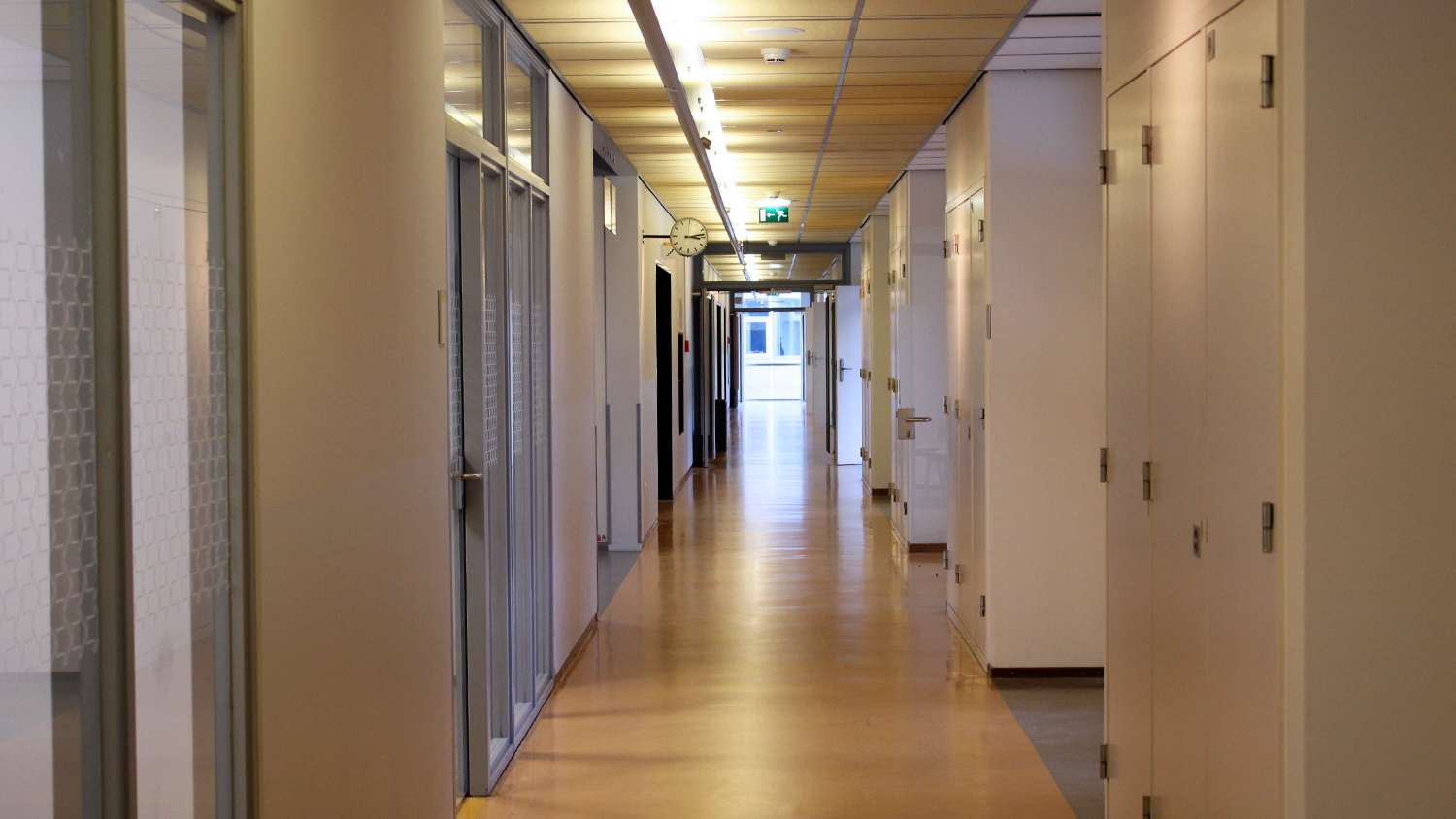 Shortly before Christmas, DUB wrote that the residents of the Buys Ballot building often felt everything but fine in the building. For an ongoing ten years, people have complained of physical discomfort.

In most cases, the complaints are limited to grogginess and dry eyes, but sometimes, it’s more than that. Last year, three employees left the Institute for Marine and Atmospheric Research (IMAU), which is housed on the sixth floor, because they were constantly plagued by headaches and infections to the eyes and airways. When employees there talk about the Buys Ballot building, they speak of a ‘sick building’. 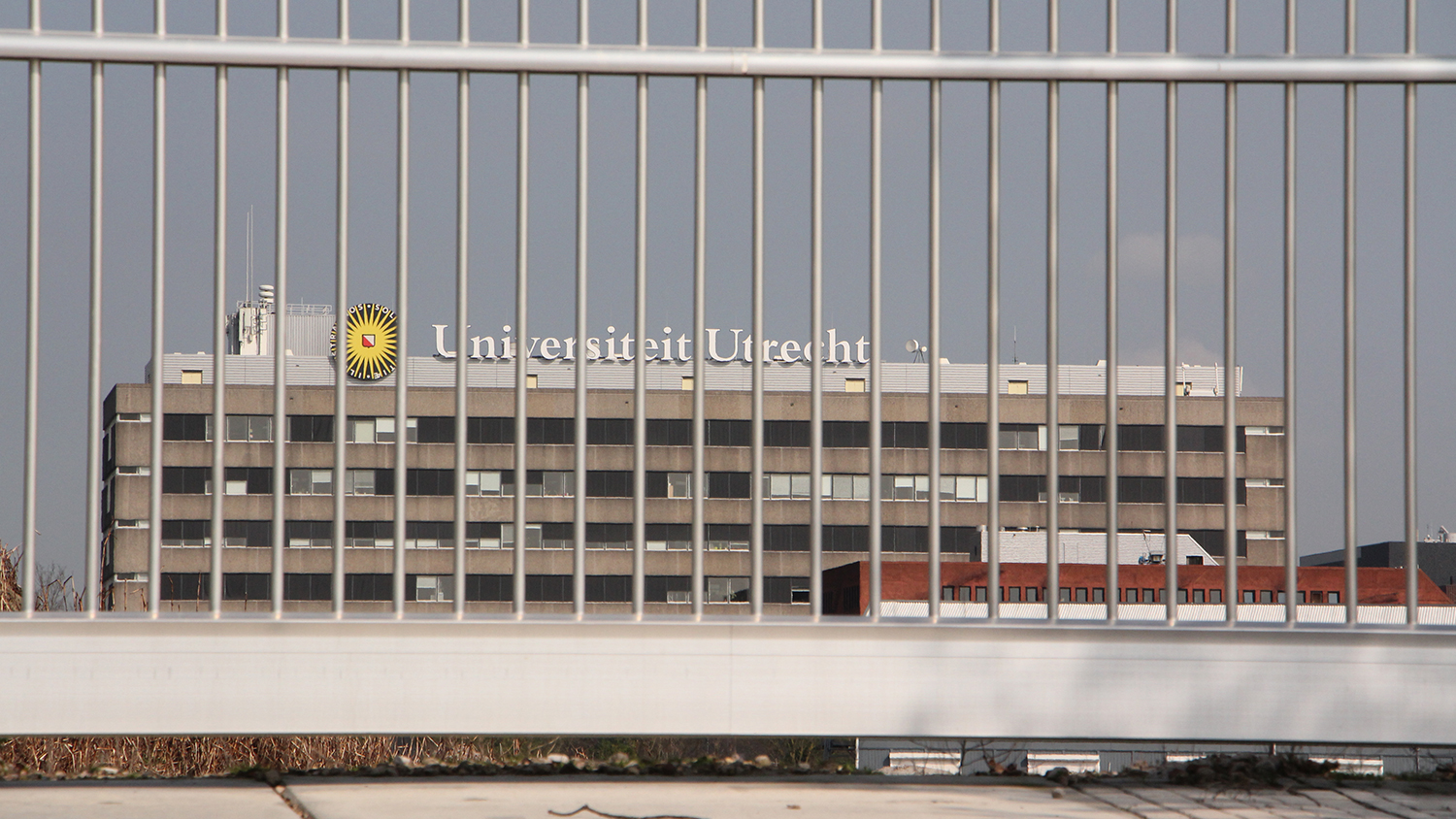 The faculty emphasises that pretty much everything in its power has already been done – for instance, the temperature in the building and the air treatment installation were both examined thoroughly. To no avail. Important questions remain unanswered. Are the complaints caused by the interior climate? Or is there a different cause? And is the building used in a way that fits the original intention?

This year, a new attempt will be done to find out what causes the complaints. Recently, employees received a survey with questions about their experiences with the indoor climate in the building. Based on those findings and older ones a specialised company will advise about measures. Reason enough for DUB to take a tour around the building.

It's ridiculously hot in here

The students on the first floor seem to have little to no complaints, but once we get further into the building, we do hear lots of negative remarks from both students and employees. The stories about the types of complaints and possible causes differ from person to person.

On the south side of the second floor – the left side for those who entered through the Koningsberger building – the building houses the study associations. The associations housed a little further down the hall especially, which have rooms that aren’t in the shadow of the Minnaert, have been complaining to the faculty for years.

The reason for the complaints becomes clear quickly once DUB visits A-Eskwadraat, the study association for Game Technology, IT, Physics, and Maths. With twenty to thirty students in the room, it’s full and stuffy.

Chairman Johan Geel says this isn’t an uncommon situation. Around three times a day, members come by for the atmosphere in the association room, he says. “At those times, it’s ridiculously hot in here. And the annoying thing is – you can’t open a window in here.”

Geel thinks the sun on the windows is the biggest problem. There are blinds, but they automatically go back up after a set time. The air quality isn’t great either, he says. “Sometimes you really have to step outside to get some fresh air.”

According to the chairman, the association reports the issue to the university multiple times a year. It’s been doing that for almost ten years now. Geel: “But apparently, there’s not much they can do about it.” 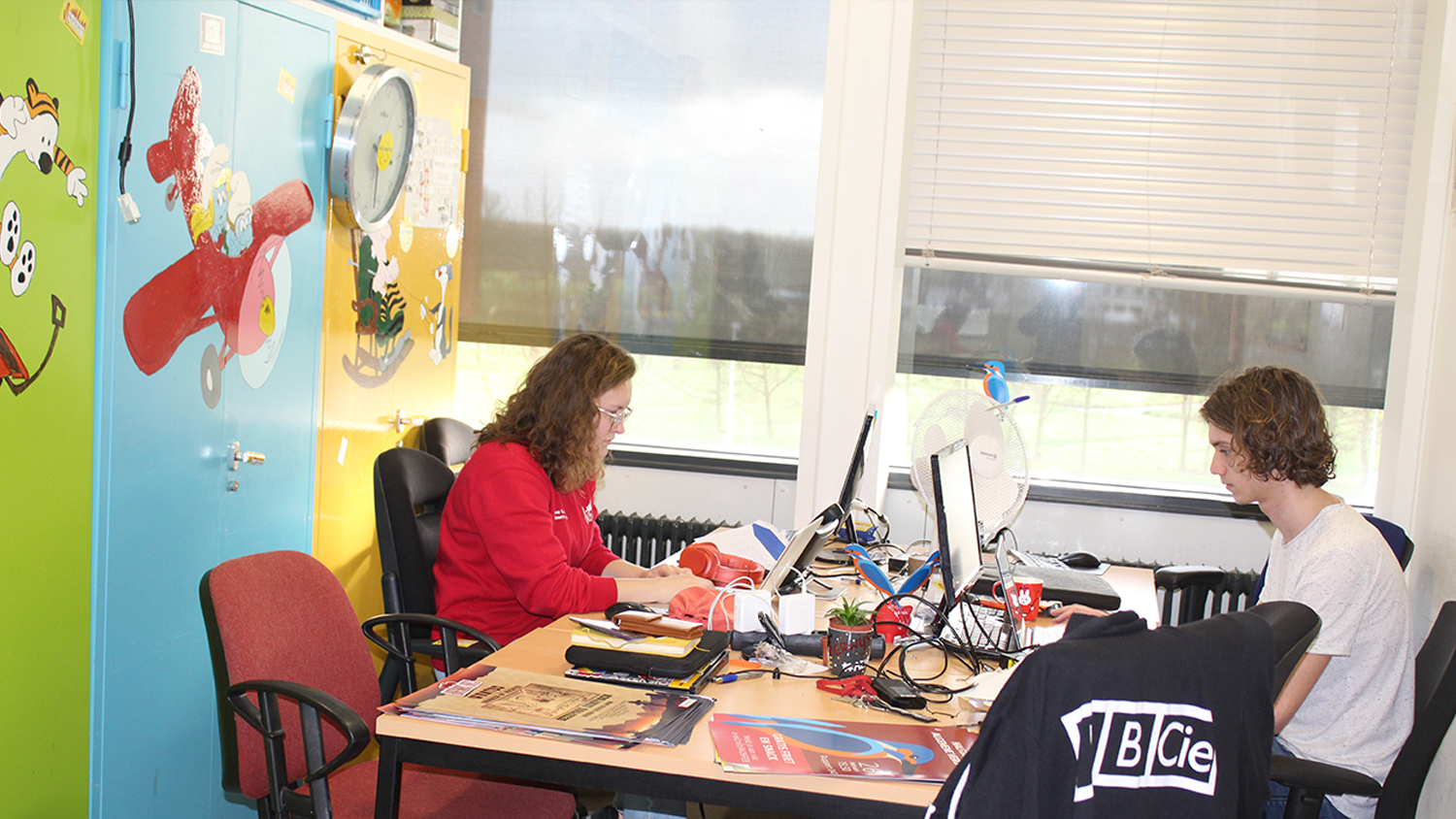 When we’ve ascended the stairs to the third floor, employees of the Rathenau Institute say the same: the temperature in the building can get uncomfortably high. Especially on the south side of the building.

Secretary Mieke Vink says the complaints in the building strongly increased in number after employees of the fourth floor were placed with co-workers on the third. “Less intensively used rooms were split up into several smaller rooms then. Many colleagues said it was unpleasant to work there.”

Vink says the university’s property managers quickly responded to the reports. Since then, the decision has been made to replace the ‘boxes’ on the ceiling that regulate the air conditioning. “That should fix the issues with the heat. We’ll have to wait and see how that turns out.” 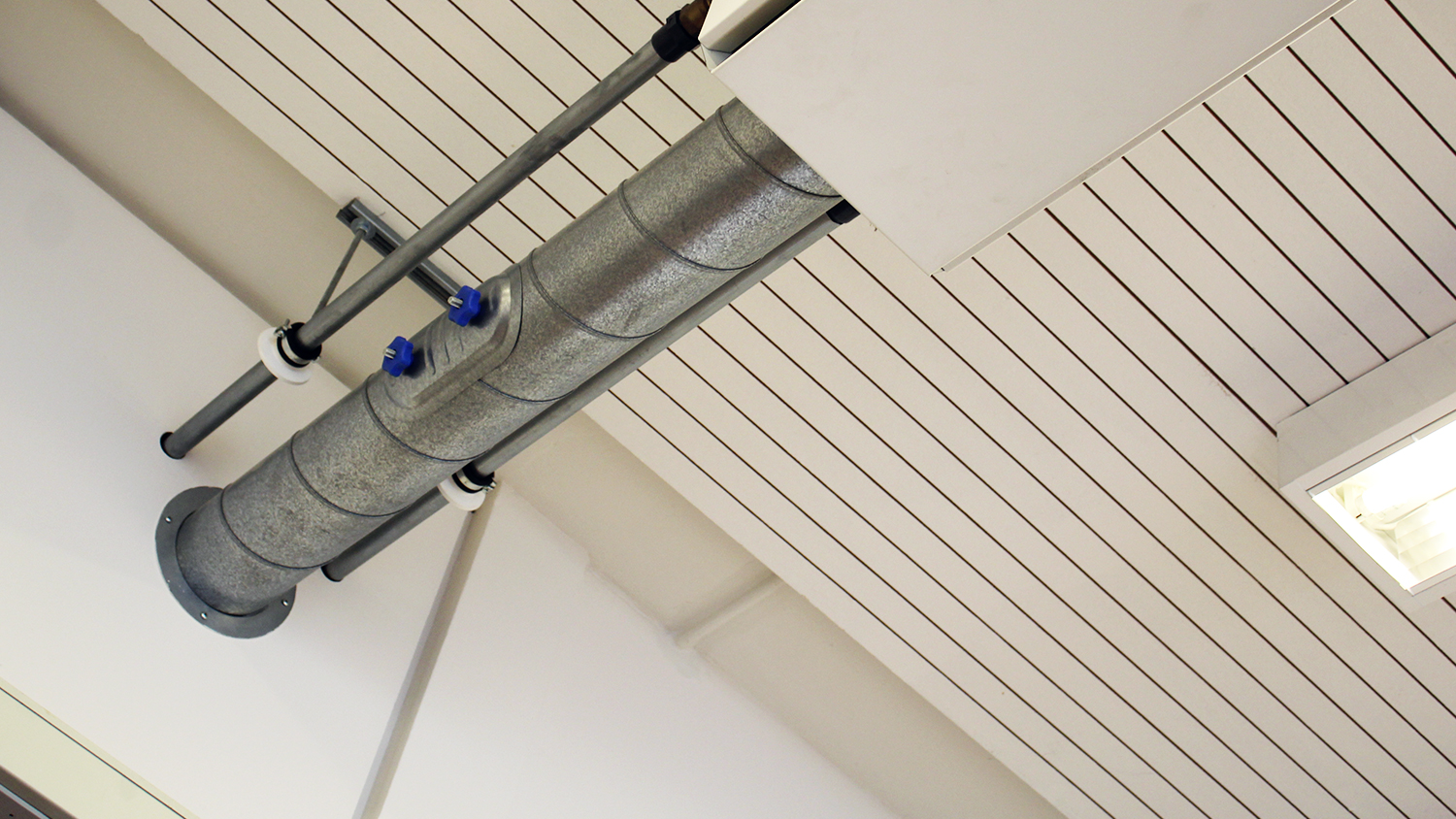 The smell here is so disgusting it makes us nauseous

On the seventh floor, near the copy machine, we find PhD candidate Dion Hartmann. “There just isn’t a lot of oxygen here. That makes you groggy. I try not to make my days too long in this building. I often go home to continue working there.”

The employees at the secretariat for Theoretical Physics, a little farther down the hall, don’t want their names reported by DUB. One of them says that many physicists in the building have been complaining for years: especially about dry eyes. She herself regularly experiences the same issue. Her colleague has only been with the department for a short time, but has worked within the university much longer. She nuances: “I don’t think this is unique. I know the same thing happens in other buildings.”

The duo has, it turns out, experienced a much more pressing issue in the past few months: a pungent chemical odour. “At least once a week, the smell here is so disgusting it makes us nauseous. It’s completely impossible to keep working when that happens. We’ve reported it to the facilities services, but they’re unable to find what causes it. The weird thing is that it’s really only in our room. We’ll mention this in the survey, of course. Hopefully, they’ll include it in the investigation.”

You could just construct windows that can be opened

We conclude our tour on the sixth floor, at the IMAU. This is the department where three employees left, because working in the building was causing them health issues. Here, we meet assistant professor Elena Popa. She says: “If you come from the Koningsberger building and open the doors to this building, you can feel that the air’s different. It’s like walking into a wall.”

Popa also deals with headache and irritated eyes. “So far, I stubbornly keep working, but it causes a lot of stress when you feel the headache coming up.”

The assistant professor has repeatedly filed complaints about the situation. She says most of the employees she’s in contact with do their best to help. But she also has examples of a company doctor who won’t return her phone calls, of agreements not followed up on of letting the ventilation system stay on for longer, and of facilities service employees who contradict each other when asked about the state of affairs. “That makes you feel like the issues aren’t being taken seriously.” 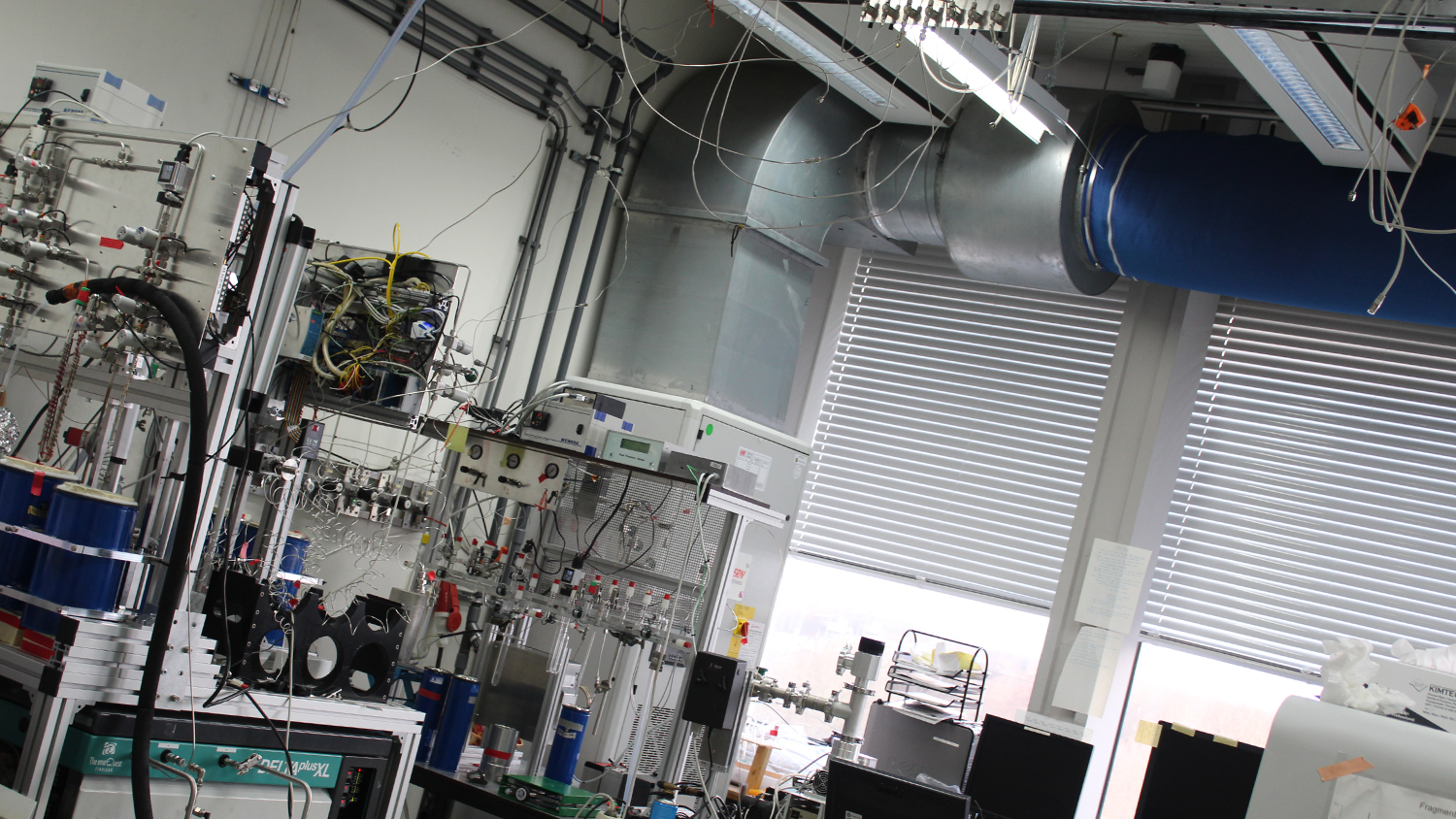 Until recently, the IMAU employees hoped that the Science faculty would get a new building where there’d be room for them as well. The university’s new corporate housing plan, however, shows that that won’t happen.

Elena Popa looks on with sorrow. “Sometimes, it seems as though they’re mostly looking at what’s best for administrators, and not what’s best for the researchers. Look at the decision to close the Buys Ballot reception, and to move the mail room, for instance. That wasn’t what researchers wanted either.”

The ongoing issues with the interior climate in the Buys Ballot building, she says, fit into that image. She hopes the new survey and investigation will help. And perhaps a little bit of media attention will help as well.

Until now, she hasn’t felt like the university is really trying its best to solve the problems. “The problems are still there, aren’t they? It’s not rocket science, what we’re asking for. You could just construct windows that can be opened. And if all else fails, you could just demolish a building.”

In a joint written response, the university’s departments that deal with real estate and facilities, and the faculty of Science, say they regret the fact that users of the building experience issues, which impedes their ability to do their jobs. “We are taking the complaints very seriously. Because so far, after numerous investigations, no single cause for the issues was able to be found, we’ve asked an external agency to once again investigate the interior climate. We await this agency’s recommendations. We’ll be able to draw further conclusions afterwards. Complaints reported in the meantime will of course be fixed if possible.” 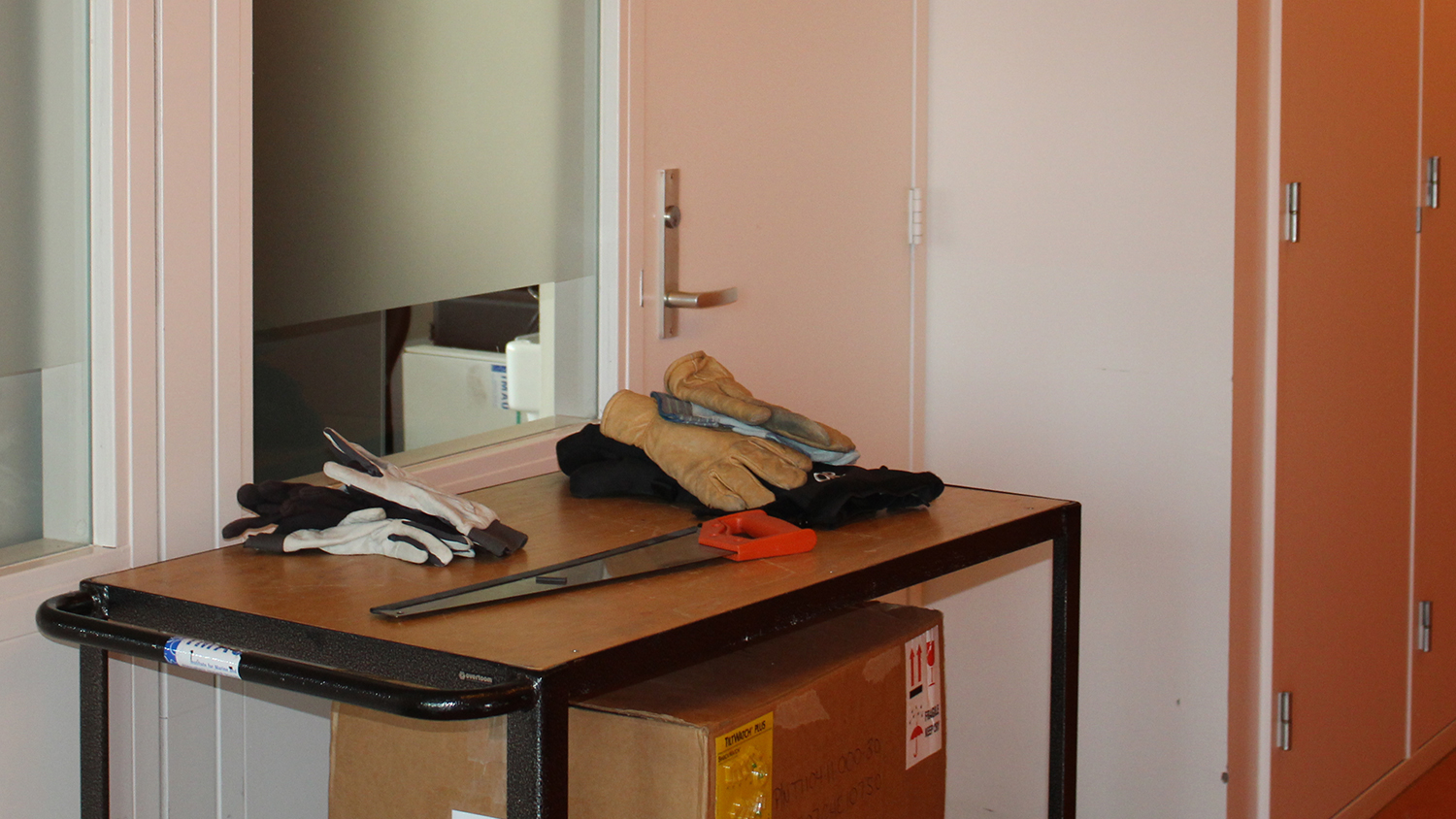