Is working from home the future for Utrecht University?

Just about the entire UU has been working from home since March. Four managers in support services tell us how they dealt with the crisis and give their perspective on a future in which working from home seems to be becoming the norm.

According to Wieneke Driessen, Head of Communication at the Faculty of Veterinary Medicine, "a big pitfall was the idea that now that we were working from home, we could do overdue maintenance". She leads a team of eighteen people. She looks back on the period in which her team started working from home from one moment to the next.

Laughing: "I even thought for a moment, 'how in God's name can I keep them busy?" In retrospect, it turns out how ridiculous this concern was: because veterinary medicine had found an antibody against the virus in March, the press requests went through the ceiling. Driessen's team was contacted daily by media such as the BBC and the New York Times. The team also organised an online pop-up lecture on corona that was watched by 30,000 people.

"Then the next pitfall came: the work was too much fun and too exciting, but because of working from home, work and private life got mixed up and the risk of burn-out suddenly increased enormously.” How did she deal with that as a manager? "I tried to stay in touch with people all the time to check how they were doing. Are you still okay? Are you comfortable? How is your family doing? I also had a number of employees with young children. They had a lot on their minds in addition to their work and I understand that too.” 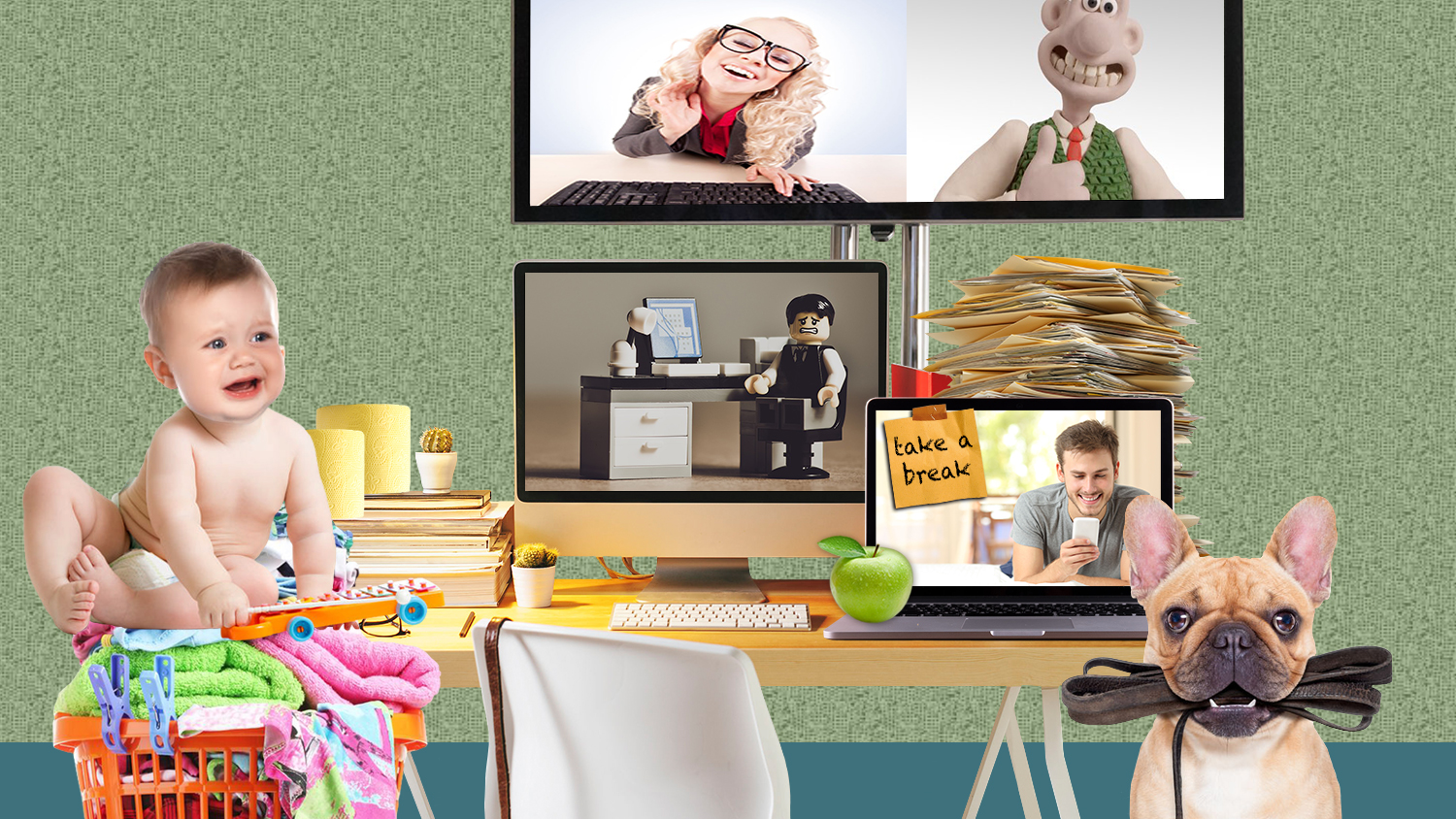 Coffee break
Caspar de Bok, head of department at the Faculty of Law, Economics and Governance, also noticed that his team of seven employees was struggling with working from home. "There are people who always feel that they cannot do what they want to do, or what the organisation expects of them. His solution is to be flexible as a manager: "For example, I don't care when you do the work. You don't have to be busy from nine to five. It's important that things happen - but by all means plan your own hours.”

Although his team did not work at one single location within UU before corona, De Bok thought it would be a good idea to have a weekly 'coffee break' so as not to lose sight of each other. A meeting where purely informal matters would be discussed. He does recognise the burn-out risk that Driessen is talking about. How did he deal with it? “I advised team members to go to the corona coach we have at UU. Even if this only meant that they learned that what you deal with when working from home is quite normal.”

Persisting and Adjusting
"It was really a matter of persisting and adapting," says Paula Banning, team leader at the International Exchange Office. In March, in the middle of a move, she suddenly had to get exchange students back to their country of origin - and bring Dutch students back to the Netherlands. On top of that, she had to familiarise a new employee online. "We are used to working very closely together. There are often three or four of us in a room. We have a lot of consultation and contact in between, because our work is also student-related.” As soon as the weather was good, she and her team met on a terrace. "We found out how important it is to meet in real life, and to talk about something other than work. Online sessions are very focused on work issues. How your weekend was, or what you've been doing lately, you have to pay attention to that as well".

Informal contact
Rob Plattel, director of the Administrative Service Centre, recognises the importance of informal contact. "What you miss at home, and what you do have in the administration building, is that you talk to people at the coffee machine, and easily walk into someone's office. That form of contact has added value. Still, he is remarkably positive about the new way of working. "I don't have any travel time, and I don't have to get stuck in traffic. I definitely enjoy travelling an hour less per day.”

Among his employees, working from home seems to be going well. When the measures were announced, he was not very optimistic, but within two weeks everyone was working online flawlessly. He does not notice the burn-out risk: on the contrary, there have been considerably fewer sickness reports in his team since working from home. He does emphasise that the content of his department lends itself well to online work, perhaps better than other departments. "A lot has been automated and robotised with us. I can imagine quite well that seeing each other is more needed within other managements.”

Working from home and the future
Is working from home a form of work that has a future?  "In terms of work content, it's fine," says De Bok. "What I have started to miss is the spontaneous, the informal contact, which takes place in the halls. The grasp on what's happening within the University is getting smaller.” Banning: recently, we are allowed to go back to our building. It is not yet possible to sit in one room with three people, but with a suitable distance we can meet each other again. Alternately online and at the office is good for us now, and we hope to be able to support the exchange students live again at some point then as well.”

"We were present at the office for 90 percent. Then we were 100 percent online. Now we're switching to a hybrid form," says Wieneke Driessen. "Now, I notice that 100 percent online is easier than that hybrid form - it's much more laborious. Just when people have gotten used to online, they have to switch back. Plattel: "I don't think working from home completely is a good idea, but a more hybrid form is. One in which you work three days a week at home, and two at the office with your team.” He also thinks that the hybrid form is more laborious than working from home completely. It's not at all clear yet what that form looks like. At the moment, it is not very effective to work on this yet since the government's guidelines now focus on working from home. There shouldn't be too many people, so schedules have to be made as well. You can come to the office to see a certain colleague, but he or she has to be there by chance. And there must also be all sorts of guided walking directions, making it more cumbersome to walk into people's offices. If you look at it that way, it is not very inviting to go to the administration building.”

Because of the enthusiasm with which Driessen talks about working during the lockdown, you would almost think that this has given her team an enormous boost: world fame, press inquiries, and pop-up lectures. However, she refutes this: "We miss each other terribly. At one point, I cycled 40 kilometres to visit one of my employees.” Perhaps few of her fellow managers will imitate the latter. But it's clear that you have to be creative if you want to properly lead a team that works from home.