Thirty percent of Dutch scientific articles behind a paywall

Last year, three in ten articles by Dutch researchers ended up behind a paywall, which means they cannot be accessed for free by outsiders. Although the Netherlands is the country with the highest offering of scientific articles accessible free of charge, it still hasn&#39;t met a target set by its government.

Last year, 71 percent of scientific articles authored by Dutch researchers could be read free of charge by everyone, according to an estimate by the Rathenau Institute. This marks an upward trend: in 2019, 66 percent of the articles were published with open access.

The Dutch government had set a target to make all publicly funded research accessible free of charge by 2020. Their reasoning was that, if the government funds the research, then the taxpayer should be allowed to access the results.

Change
But that requires a significant change. In the old system, publishers make a profit through subscriptions to their journals, while publication is free. With open access, the opposite is the case: reading is free of charge, but publication costs the researcher money.

There are many reasons why the change has still not yet been made in full. Some researchers prefer publishing in journals with a big reputation and take it for granted that the articles will not be accessible free of charge. Sometimes, they collaborate with researchers from other countries, who opt for a different course.

The Dutch Research Council (NWO), which funds research in the country, announced last month that it is going to monitor open access publication more strictly. In the meantime, universities are negotiating with a growing number of publishers to try and get them on board.

Gold
There are three types of open access: gold, green and bronze. Gold open access is when articles can be read free of charge on the journals’ websites, while green open access means the article is in an online archive belonging to the institution where the researchers work. Bronze means they are only temporarily accessible free of charge, which happens very rarely. 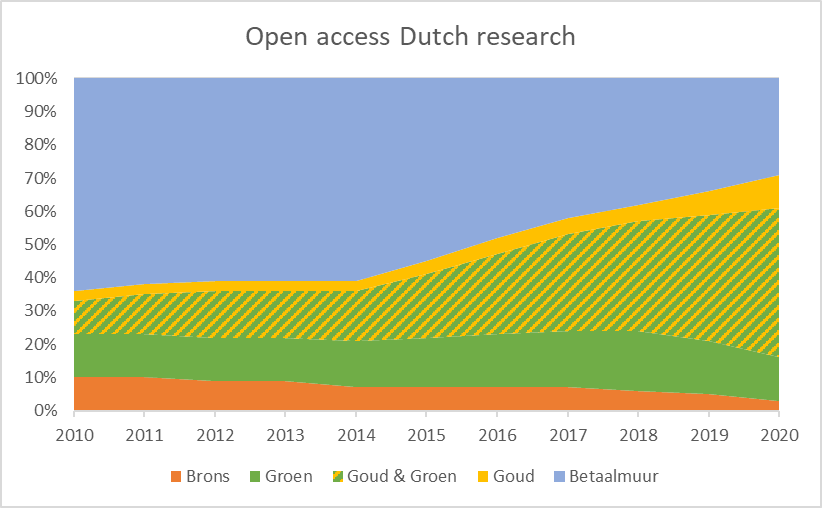 The Netherlands leads the world in the battle for open access. Behind the Netherlands are Norway, Sweden, and Finland. Scientists in the United States publish just 45 percent of their articles with open access. 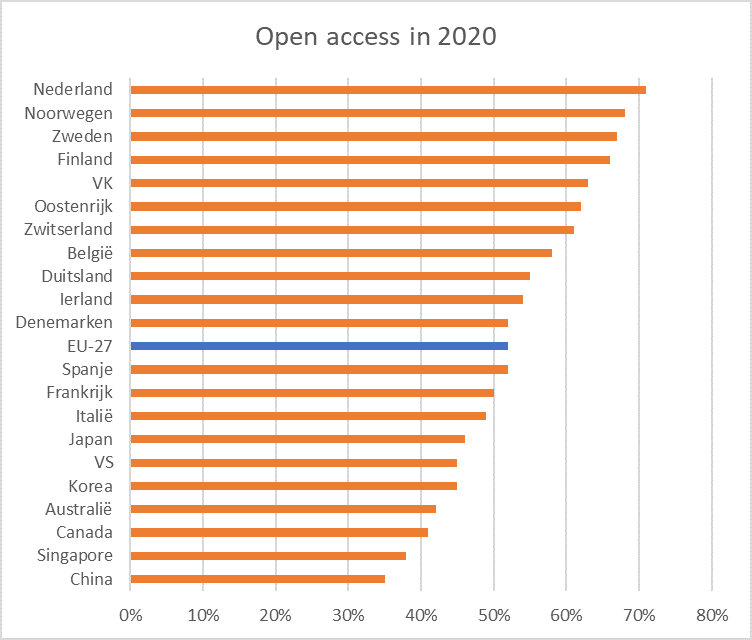 More and more articles are being published with open access, but it is hard to make an exact calculation. The Rathenau Institute uses data from the Web of Science, which in turn uses a special database with open access articles (Unpaywall). Although that database is pretty reliable, it is not complete. It should also be noted that the social sciences and humanities are underrepresented in the Web of Science.