Corona exams not made more poorly than usual: average grade of 7

Those who’d feared online education would lead to lower grades and more failing students can be reassured. The average exam grade of UU students in this year’s block 3 was, in fact, a little higher than last year’s average. The number of low, failing grades went down.

As a result of the corona crisis, study programmes at the university had to improvise with online classes and online exams. Students had to motivate themselves at home to remain disciplined. Wouldn’t that have a negative effect on exam results? Or could the opposite happen and would online open book exams and more lenient teachers lead to far higher grades?

Neither seems to be the case, according to a university report sent to the University Council. The report paints a picture of UU students’ exam results in block 3.

The average grade of UU students who took tests in block 3 was a 7. That’s a little higher than in previous years. Last year, the average grade in the same block was a 6.9.

It’s also not the case that the differences between students’ results have increased. There are simply just a little more students, relatively speaking, who received sevens, eights, and nines. And just a little fewer students who received a six or lower. 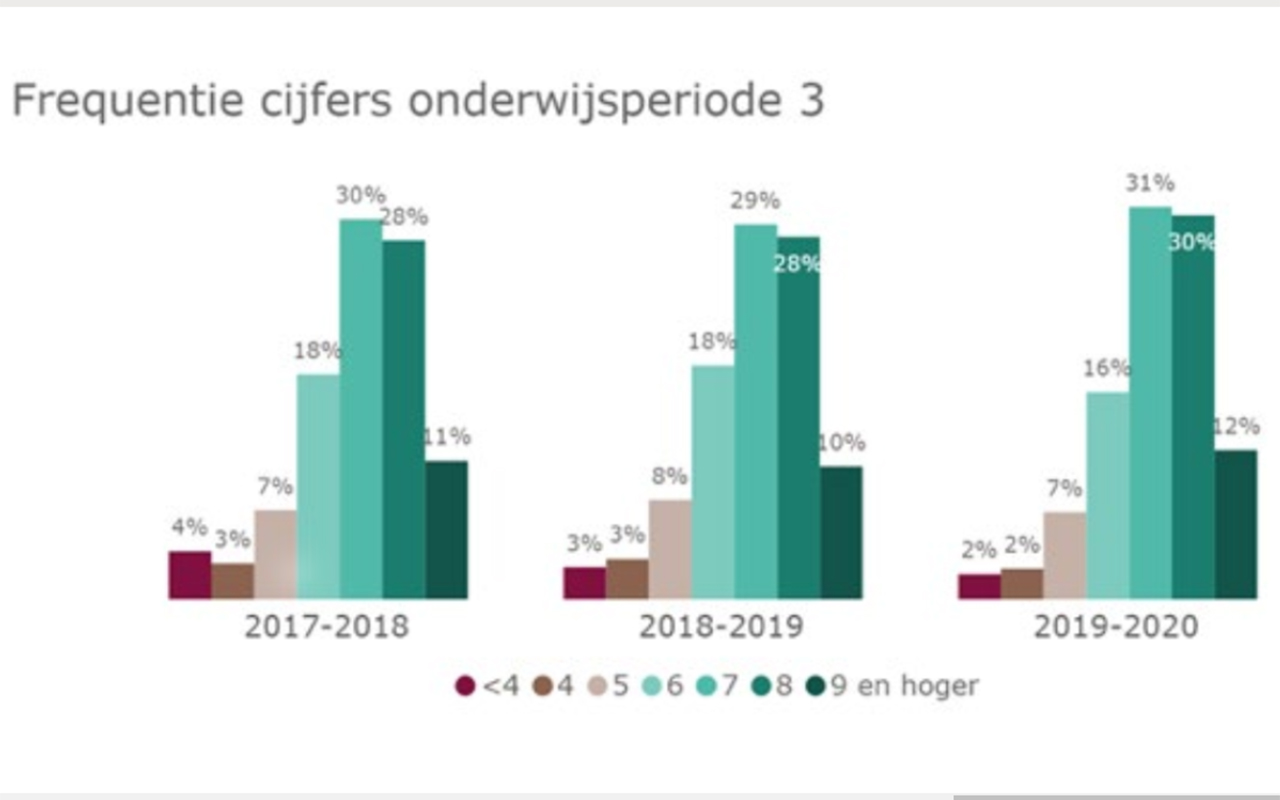 No disadvantage
UU educational scientist Casper Hulshof is happy that the new way of taking exams did not lead to negative effects for students. He says teachers and students had to go through a major change, especially where knowledge tests were replaced by open book exams, made at home. “For teachers, it’s quite difficult to create exams like that, because you can’t ask any questions about things you can look up. You don’t want to test browsing skills.”

The additional time pressure many programmes introduced to prevent collaborations during exams between students could have negative consequences, Hulshof says: “It puts the calm, slower reader at a disadvantage.”

His own study programme was fairly lenient in this, with on average fairly high grades as a result.

Less credits
While students’ grades don’t seem to have been influenced by the corona crisis, the same can’t be said for the number of exams that took place: that number was a lot lower than last year. This was one of the reasons that UU students obtained 11 percent fewer ECTS than last year in block 3.

Moreover, delayed Master’s students were told that they’ll be compensated financially next year. Of the 23 students who quit last May, 5 indicated that the corona crisis was the direct reason for their decision.