UU didn’t succeed in finding enough rooms for all classes to be offered during block 1. The licence for a temporary building on Padualaan Avenue still hasn&#39;t been arranged, which means several hundreds of students will possibly have to be taught online. The university says it is having a hard time controlling reining in the rise in the number of students. “We have gone as far as we could.”

Students of the Faculties of Science, Social Sciences and Geosciences are the ones most affected. They have to bear in mind, therefore, that part of their classes in block 1 will be taking place online.

The classes of those faculties were supposed to take place in a new building at the parking lot of Padualaan Avenue. The building should have been ready by September but that's highly unlikely to happen as UU is still waiting on a licence from the municipality of Utrecht.

If the building is finished during block 1, teachers can opt to have classes in person again.

Complicating factors
The building needs two floors comprising 14 work group spaces in which 630 students will follow classes simultaneously. It is going to be used for one to two years.

The construction of this temporary building has two complicating factors. Firstly, the restaurant The Basket will need to be temporarily relocated to the parking lot as well because of the upcoming renovation of the adjacent Van Unnik building. Secondly, the construction works coincide with the finish line of a stage from the Vuelta race.

Even if the construction licence is arranged soon, the question is whether the temporary premises will be ready in time. Necessary amenities such as water and electricity must be installed too — and additional licences must be requested for that as well. What's more, the building has to be equipped so that it is suitable for teaching.

Classes either in the evening, on Saturdays, or online
For this reason, last week the university decided to cut the knot and send a clear message to the faculties involved. The vice-deans were told that part of the classes that were scheduled to take place in the temporary building might be moved to eight conference rooms in locations like the Administration Building, the University Library and the Minnaert building. However, no replacement was found for another part of the classes.

The coordinators of the classes concerned can now choose between three options: have their classes take place after 7:00 pm, on Saturdays, or online. It looks like most of them went for the latter.

Marieke de Bakker, Interim Director of the Students, Education & Research Board, acknowledges that part of the students will be disappointed. “We really did our utmost and went as far as we could.” 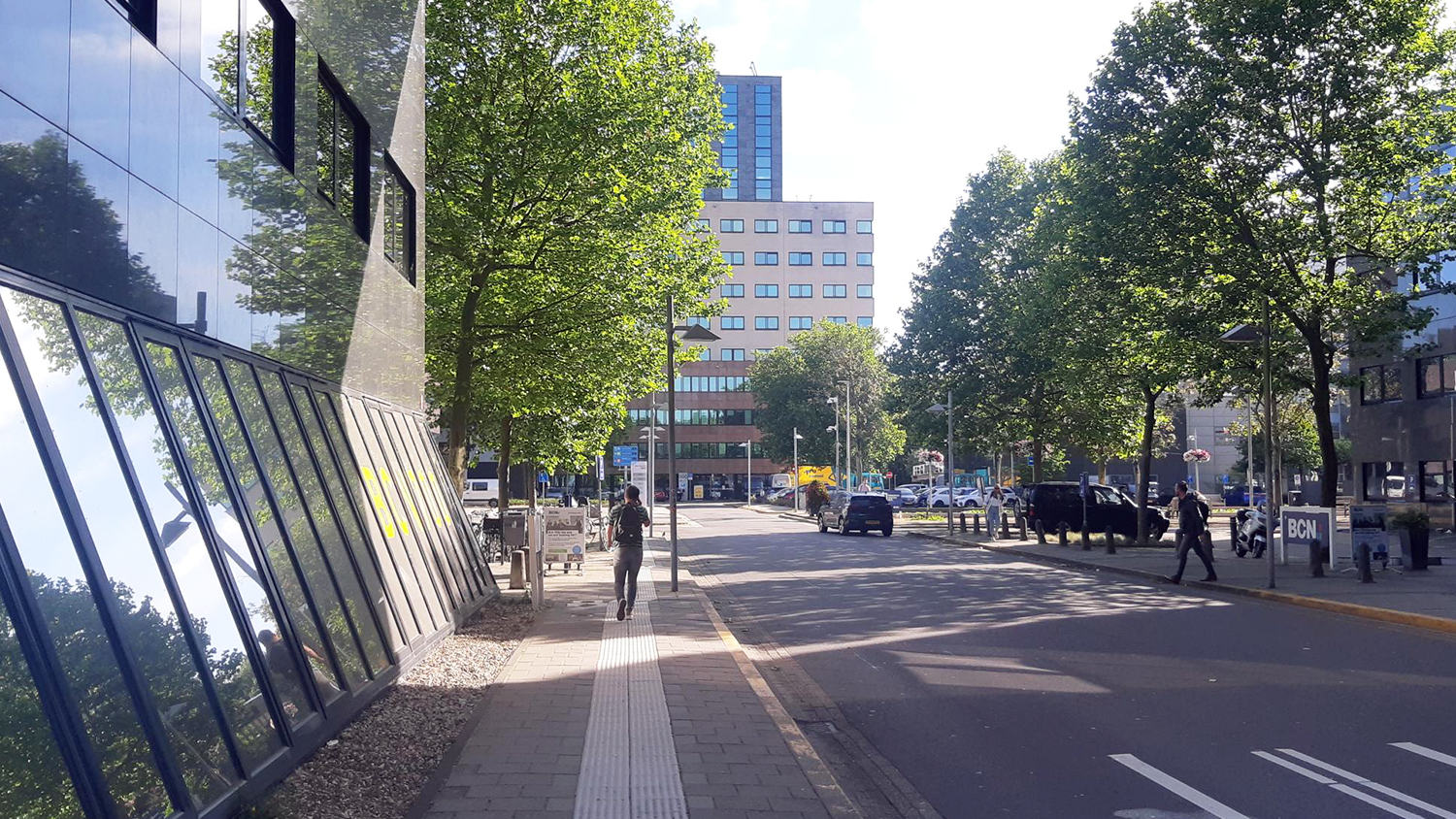 During the two years of the pandemic, the number of students has increased by 15 percent at Utrecht University. That's much more than in previous years. This situation has challenged the university with finding accommodation for classes and work groups for 40,000 students. In an interview conceded at the end of last year, the Executive Board warned that this could happen.

Even though all rooms are now booked for the timeslot between 5:00 pm and 7:00 pm, UU is still having a hard time finalising the distribution of classes across the buildings. "It's extremely difficult to find well-equipped teaching rooms right now. The Utrecht University of Applied Sciences (Hoogschool Utrecht) and universities in other cities are facing the exact same problem."

Race against the clock
De Bakker even calls it a "small miracle" that solutions have been found for most classes. A committee dedicated to educational accommodation received the assignment to find over 50 extra classrooms on top of the 400 rooms already in use but it was clear from the start that it was going to be a race against the clock. Nevertheless, the group succeeded in its mission — for the most part, at least.

According to De Bakker, that’s quite an achievement considering classrooms for medical students aren't available due to the reconstruction of the Hijmans van den Bergh building. This means that those students have to be accommodated elsewhere too.

One of the achievements of the committee is finding more rooms on Daltonlaan Avenue, in Rijnsweerd, and at the international campus (UCU). “We took some big steps”, says Jan-Willem Moerkerk, Asset Manager from Real Estate & Campus.

The intended renovation of the former dining hall of the University Library in the city centre, which was supposed to be transformed into a classroom, has been called off because the room does not fit 50 students, the minimum required. Now, the classes that were going to take place there are probably going to happen at the Vredenburg conference centre.

Only temporary
The asset manager expects that UU will have found structural solutions for the shortage of lecture halls after the first semester. One of the options being considered is expanding the number of rooms at existing locations.

"We too would rather not have students spread out over different locations to follow their classes. But, right now, there’s no other way. We assume this is only temporary", hopes Jan-Willem Moerkerk.

At the same time, Marieke de Bakker will be leading a project that should improve educational logistics. By better estimating how many freshmen the university can expect and planning the distribution of rooms more efficiently, the number of additional lecture halls needed should be kept to a minimum.