Strategic plan 2025: What will the UU’s challenging ambitions be?

What should education and research look like in 2025? What changes can we expect to see in the coming years? The university and its faculties will answer these questions in a new strategic plan. Six study groups have already made some titillating suggestions. DUB discusses some of the more remarkable ambitions.

In its previous strategic plan, the university had already written that its mission is to work on a better world. On the one hand, by equipping graduates with knowledge and skills they can use to contribute to society; on the other, with boundary-breaking research that helps solve global issues.

That mission is still relevant today, says the Executive Board in a ‘charcoal sketch’ sent to the University Council last week. This is a rough draft of the new strategic plan. In a strategic plan, the university explains its ambitions for the next five years. The mission of the previous plan will remain the same; the exact shape of it will change on a number of points.

During the creation of the current strategic plan five years ago, the Executive Board opted to organise a series of themed discussions that were open to anyone. The strategic plan was then crafted based on those meetings. Now, the university’s choosing a different approach. In November, six study groups were established. Each was given the assignment to formulate ‘titillating ambitions’. The study groups were also given a theme, usually one linked to current discussions within the university: the academic community, fostering talent, digitisation, globalisation, multidisciplinarity, and the relation to society. 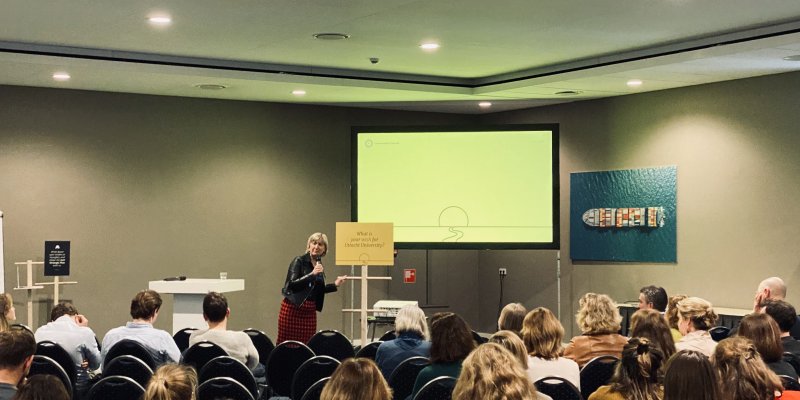 The study groups each presented fairly detailed suggestions for change, and did indeed at times discuss titillating topics. Each study group pitched its three most interesting ambitions during a 24-hour session in Wageningen, joined by 110 selected UU students and employees.

The board and the university deans then created a ‘charcoal sketch’ based on that discussion. The sketch mentions the ideas raised by the study groups on a cautious, abstract level. They’re broad outlines with ‘possible themes for courses of action’ without establishing a set direction. That step is to be taken in the coming period when, based on conversations, the content will be fleshed out more. To that end, the university will soon organise five meetings that are open to all UUers. Two sessions are pizza nights specifically meant for students (see box).

It remains somewhat unclear to what extent the building blocks put forth by the study groups will actually be the directive for those meetings. It’s also interesting to see how relevant themes, like teachers’ workloads and student wellbeing, will end up in the plan. In the current setup, these are called challenges, but there’s no explicit attention for these themes.

The university wants to present a new plan before summer, in which the faculties’ plans are also included. In the charcoal sketch, which will be distributed from February 17 on, the board establishes three ambitions.

To realise those ambitions, the board mentions six topics that will receive additional attention in the coming years. DUB lists those topics and includes some of the suggestions made by the study groups. 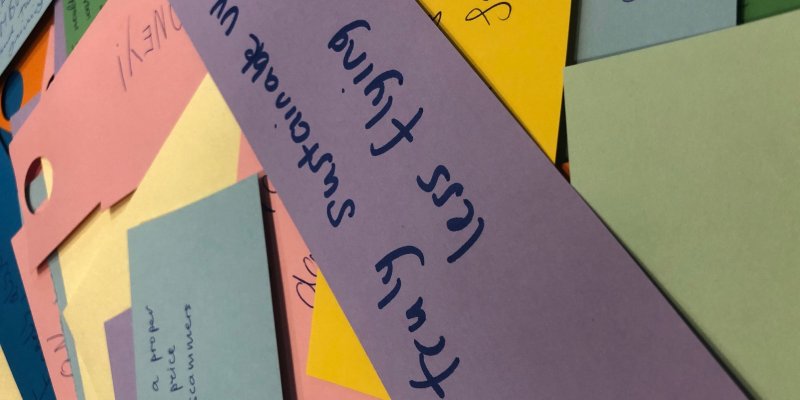 1.       Taking the Sustainable Development Goals as starting point for policy

The Sustainable Development Goals were established by the United Nations as a succession to the previous Millennium Goals. They deal with, among other things, sustainability, inclusivity, fighting poverty, wellbeing, peace, climate action, quality of education, and health. The Executive board calls ‘anchoring the Sustainable Development Goals in education, research, and operations’ an important subject in contributing to ‘urgent societal issues’. They’re large themes, meant to improve the world by 2030. In many of these goals, the relation to the university is unclear. In other goals, this could have consequences for research – for instance, striving towards sustainable energy, reducing maternal deaths, or facilitating migration. The idea is that the university establishes a number of goals for itself that fit in with the Sustainable Development Goals. Several study groups also point to the goals, for instance when talking about access to education for all. That means more scholarships, but also making education digitally accessible, or sharing relevant research data.

2.       Strengthening multidisciplinarity in education and research

In the current Strategic Plan, ‘interdisciplinary research’ is the magic word. The university showcased four strategic interdisciplinary research themes. These are: Dynamics of youth, Institutions for open societies, Life sciences, and Pathways to sustainability. In the past few years, these research groups have created hubs: meeting places in society where the university works on these themes in collaboration with social organisation.

For the upcoming period, the more important thing is to ensure education becomes more interdisciplinary. Especially concerning the strategic themes, as is mentioned in the charcoal sketch, but if things were up to the study group Multidisciplinarity, the UU would take it a step further. This group wants to see future UU students start in a broad Bachelor’s with a lot of room for choices. After that, students specialise in a cohesive discipline, in which the curiosity for other disciplines remains. This idea has been proposed before, but hasn’t been realised so far.

There is, by the way, still some discussion about the difference between interdisciplinary and multidisciplinary. There’s no major differences between the two terms, according to the study group Multidisciplinarity. “The point is to find answers to complex social issues on the intersections of disciplines.” That’s why it’s important that students learn to look beyond the boundaries of their own disciplines during their studies, and that UU researchers collaborate in interdisciplinary groups.

3.       A different recognition, selection, and assessment of employees and students

Recruiting talent is an important theme in the new plan. What criteria do you use to select students for a Bachelor’s or Master’s programme, for example? At the moment, the most important criteria are a student’s final grades in high school or Bachelor’s programme. That has to change, especially if you’re looking to recruit a diverse group of students.

Aside from that, grades shouldn’t be the only guideline during study programmes anymore either, says the study group Talent. Teachers should assess students’ academic skills more often. And they should consider the way different students work together in work groups. Someone who’s not pulling their weight should see that reflected in their assessment.

The assessment of scientists should also change. The most important thing in hiring new research talent is still the number of publications. And it’s the same in the assessment of current staff. The criteria shouldn’t just be one’s scientific production or acquired subsidies; things like quality, impact, integrity, and creativity should also count. That way of assessing is in line with the international Dora declaration about recognising and assessing, which was signed by the university.

The study group Talent also wants to bridge the gap between support staff and scientific staff. Scientists and support staff work together in teams. That collaboration should be more highly appreciated. That also means that the policy of advancing one’s career should become more flexible. Scientists should be given more options for furthering their careers. 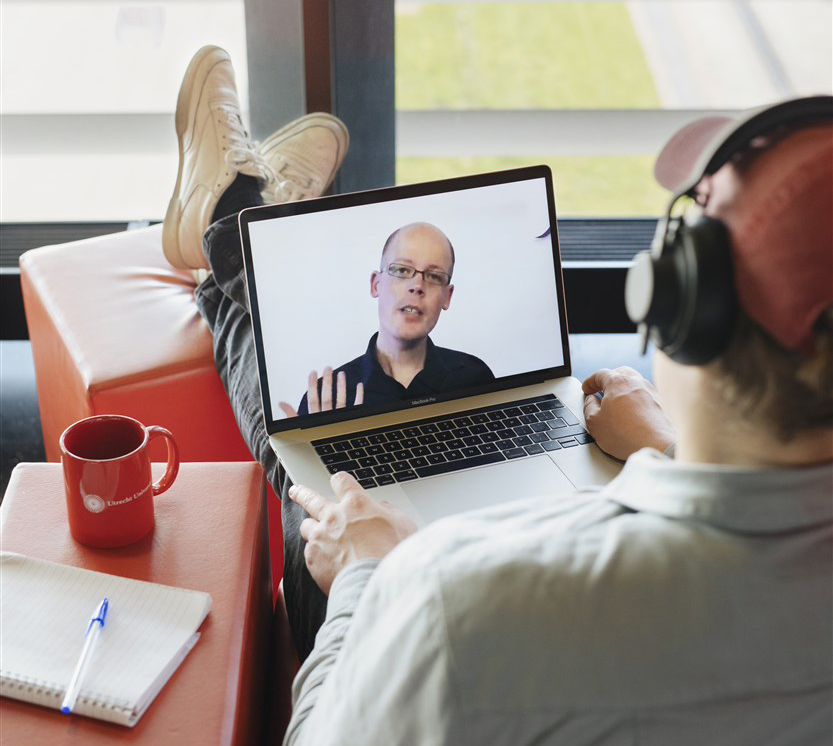 The university has a programme called ‘A life long learning’, which means everyone can return to the UU after graduating to continue their studies. But that policy also has consequences for the current educational programme. The current educational programme is too rigid, says study group Digitisation. And it needs to become more flexible, so students can choose their own learning paths more easily.

New study programmes and changes in the educational programme take a lot of time. The university should facilitate roads that diverge from the beaten paths, like summer schools or courses outside the university. A combination of working and studying should also become easier to realise. To that end, the university has started a pilot with flexible studying.

By digitising more education, you make education more flexible. But the university shouldn’t become entirely digital. Personal contact is essential, the study group says, but it should be as efficient as possible. Fewer lectures, more small-scale practice sessions. A balance needs to be found between students in the lead and facilitating guidance when it’s needed.

5.       Strengthening collaborations both within and outside the university

Students and employees are all part of the ‘community’. The core of this is that within the academic community, everyone feels welcome and safe, regardless of gender, heritage, religion, culture, nationality, or employability. The UU challenges, but doesn’t overtax, says the study group Community. There’s an atmosphere that enables people to debate each other in a constructive manner. The study group calls for soft spaces, places where teachers and students can meet and possible collaborate. Green Office is mentioned as an example. Here, students, teachers and support staff work together to create a sustainable university.

Open Science also fits the community idea. The university is open and transparent about research, and offers outsiders insight into the work that’s being done here. In fact, the university wants to have its research results used to contribute to society. To do so, intensive contact with social organisations is needed. This is mentioned by several study groups. The study group Relation to Society, for instance, suggests establishing soft spaces in Utrecht as well, where UU scientists play a part in solving conflicts or issues in the area.

Several study groups view the upcoming alliance between Eindhoven, Utrecht, and Wageningen as an excellent way to work together. The alliance is important when it comes to sharing expertise, creating interdisciplinary education, and solving global issues.

The university should collaborate on a local, national, and international level. Local issues always have a global context, says study group Globalisation. The UU is an international university that educates world citizens. It’s good to conduct research in collaboration with international partners, and to be open to students and employees from different cultures. That’s why the UU is a bilingual university. The suggestion is that everyone who works here for more than two years is at least passively proficient in those two languages, both Dutch and English. 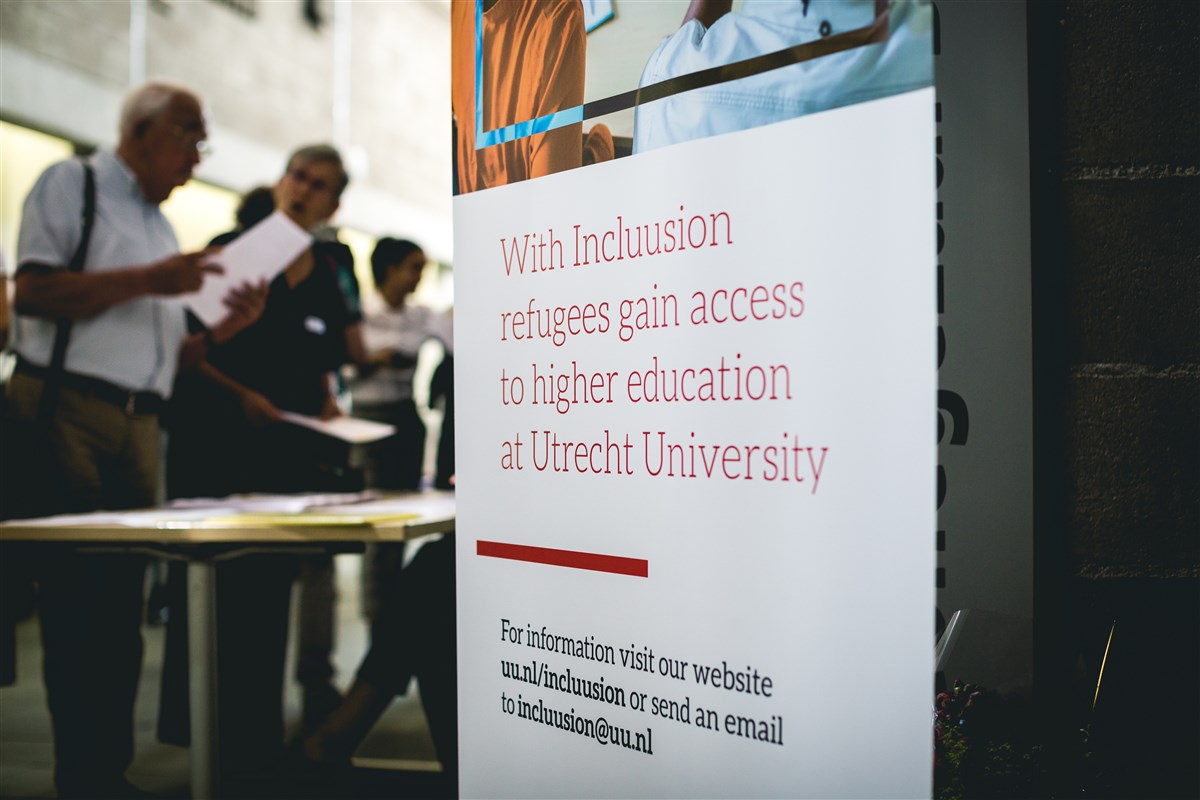 6.       A safe, innovative digitisation of the university

We live in a digital society. That brings with it many possibilities, but there should also be some reflection on how to set up that digital university safely, following the rules of privacy. The study group Digitisation calls for a digital learning and working environment in which students and employees maintain their own data and can indicate in which way they can be used for research purposes.

It’s important that in setting up an electronic learning environment, the university doesn’t become dependent on commercial (tech) companies that will offer digital learning tools and platforms. Digital infrastructures are, for that reason, preferably open source, so other parties can use them as well.

In the view of the study group, the UU could have a leading role in digital developments in education, not just in the Netherlands, but in Europe as well.

Everyone – students and employees – can have a say in the creation of the strategic plan. There are six meetings in which the university’s three ambitions will be discussed. You can sign up on this website. You’ll also be able to find the charcoal sketch and the reports from the study groups from February 17 on.
Tags: strategic plan