Student award: history of Utrecht, compost collection or science from the wastebasket?

One of the nominated studentteams produces DOMcast, a podcast about the history of Utrecht. Due to covid the recordings took place in an empty bar. Own picture.

A podcast about the history of the city of Utrecht, a Middelburg student community collecting compost, a magazine for &#39;failed&#39; science. This year, these are the contenders for Utrecht University&#39;s student Award for Exceptional Extracurricular Achievements. The winner will be announced in an online ceremony during the Opening of the Academic Year on Monday.

What is true about the story that a student house on the Voorstraat was a hiding place during the Second World War? That was one of the questions eleven history students researched last year in DOMcast.

For this podcast about the history of Utrecht, residents of Utrecht could submit their own questions. These would then be examined by the students. The response was great; no less than seventy people were curious about the historical background of a Utrecht phenomenon.

The students made a selection for their podcast series. One of the other questions they chose came from an international student. Why was Utrecht University founded on 26 March 1636 and not on any other day? If you want to know the answer, you can find it here.

DOMcast is an internship project of the Utrecht History programme. At DUB, project leader and cultural historian Pim Huijnen said: "The aim is to better ground the academic historiography in the local history and to increase the students' involvement in the city". 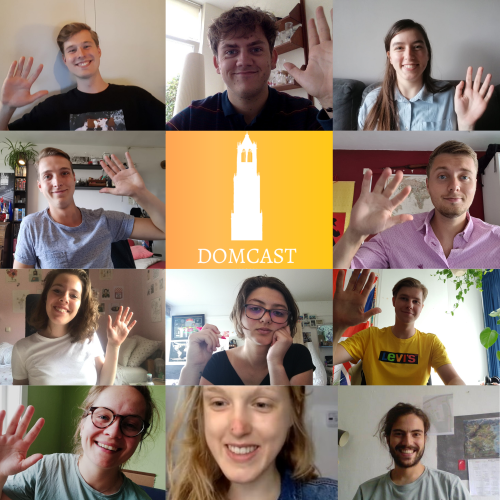 In total, there are three student initiatives that have a chance to win this year's Award for Exceptional Extracurricular Achievements from UU. With this award, UU annually places students in the spotlight who have done something special outside their studies. Winners receive a cash prize of 1500 euros. Last year, the prize went to the Platform Unlimited Studying that draws attention to students with a physical disability.

In addition to DOMcast's history students, a group of students from the University College Roosevelt, the little UU sister in Middelburg, are also eligible to win. The seven students behind Begijnhof Community Composting ensured that more than one hundred UCR students composted the waste of the inhabitants of the Begijnhofstraat in provincial capital of Zeeland. The compost was then used to fertilise public gardens in the city. In this way the students not only wanted to contribute to a more environmentally conscious living environment but to strengthen the contact between students and real Middelburg citizens as well.

The last nominees are the founders of the Journal of Trial and Error. Twelve students took the remarkable initiative last year for a journal for "failed" science. This could, for example, involve research in which methodological or conceptual errors came to light. According to the initiators, those kinds of "failures" that would otherwise disappear into the wastebasket can be very instructive for other researchers. In the journal, which plans to publish the first articles this autumn, scientists will also reflect on the meaning of "failure" in science.

With their idea, students hope to contribute to a scientific practice that is less focused on mutual competition and more on helping each other move forward. One of the founders, Martijn van der Meer, spoke to DUB in October regarding the idea: "With this magazine we hope to make a small contribution to solving the problems in science. Also because we may want to continue our research ourselves someday. And the process of trial and error is the foundation of good science.” 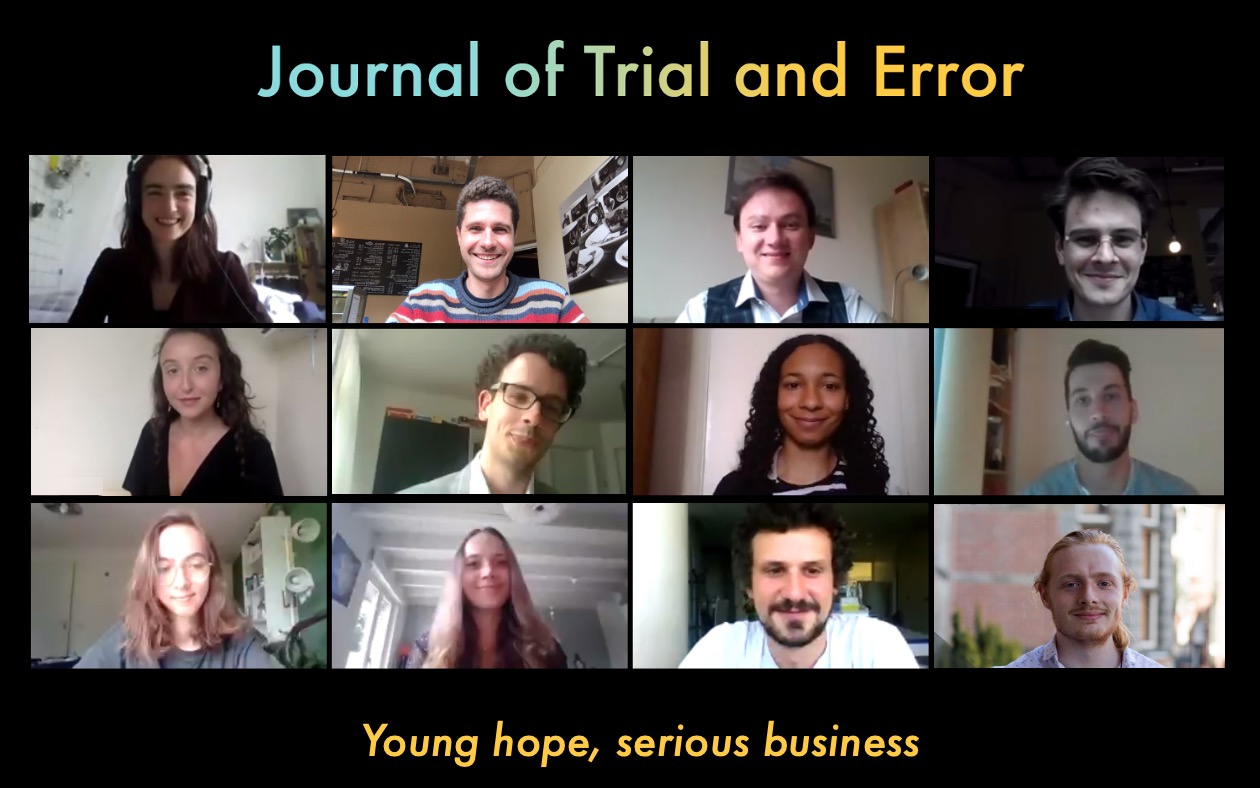 The award ceremony will take place on Monday morning from half past nine during a meeting for invited guests in the auditorium of the Utrecht University Hall. The ceremony is part of the Opening of the Academic Year and can also be followed online.

Incidentally, there is a good chance that the Award for Exceptional Extracurricular Achievements will be awarded under that name for the last time. The new name will probably be 'social impact award', following the example of the faculty of REBO, which already has such an award for researchers and students.

By doing so, the University wants to better express that UU sees interdisciplinary cooperation and the social impact of education and research as important tasks. Moreover, there is increasing criticism of the emphasis on the individual 'merits' of students. This would contribute to a climate in which students experience more and more stress and pressure.