Students and employees fill out the questionnaire about their lunch preferences in the Minnaert building. Photo: Frans van Dam

Three restaurants at Utrecht University will no longer open after Christmas holidays. That’s months earlier than had previously been announced. The restaurants in question are the kiosks at the University Library in the city centre and the Janskerkhof, and Goliath in the David de Wied building. Before the summer, an additional four restaurants will close, including the restaurant in the Minnaert building. The Science Faculty Council wants to be included in the discussion about alternative dining establishments, and is identifying people’s lunch preferences.

The seven restaurants weren’t supposed to close until the summer of 2020, but recently, it became clear that three of them will no longer be open after the Christmas holidays. These three are the establishments at the University Library in the city centre, the restaurant at Janskerkhof 3, and Goliath in the David de Wied building.

The Sodexo establishment next to Lodewijk in the city centre library had been nominated for closure for a while, says Merijn Smelt, department head of the Facilities Service Centre (FSC). That location was open both afternoons and evenings. “Sodexo had been struggling with those opening hours for some time.” Anna Stamp-Jongbloed, contract and supply manager for catering, adds: “Also, there aren’t enough places to sit down with your lunch. As a result, fewer and fewer customers visited that location.” 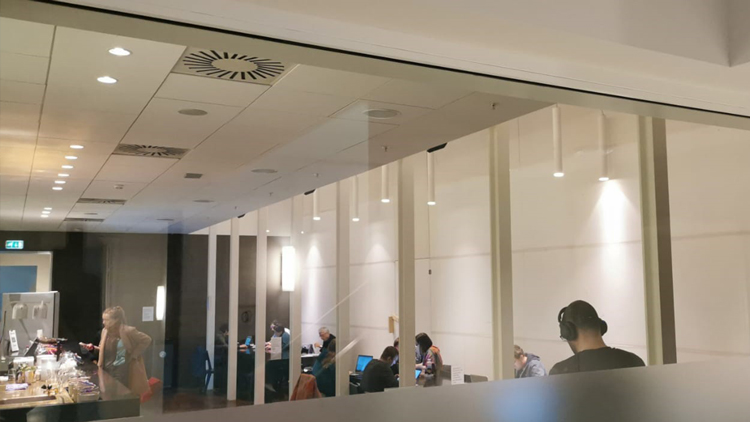 One Humanities employee told the faculty they’re “extremely unhappy” with the closing of the facility. “That’s practically the canteen for the faculty employees at the Drift. A group of colleagues frequents the establishment almost daily, and it’s a pleasant way of meeting up in an informal setting. If this canteen is closed, there won’t be any decent lunch establishment for employees of this department and the other buildings at the Drift.”

The sudden closing of Goliath and the Janskerkhof kiosk is connected to Sodexo’s staff policy, the FSC explains. Smelt: “Sodexo is anticipating the upcoming closure of facilities, and is moving its staff elsewhere when necessary. They can’t wait until the last possible moment to do so. If there’s a spot elsewhere within Sodexo for an employee who may lose their job because of the closure of our restaurants, then who are we to stop that? As a university, we want to assist in the relocation of these employees. The fact that they won’t be replaced by a temporary employee is often because there aren’t enough people available.” 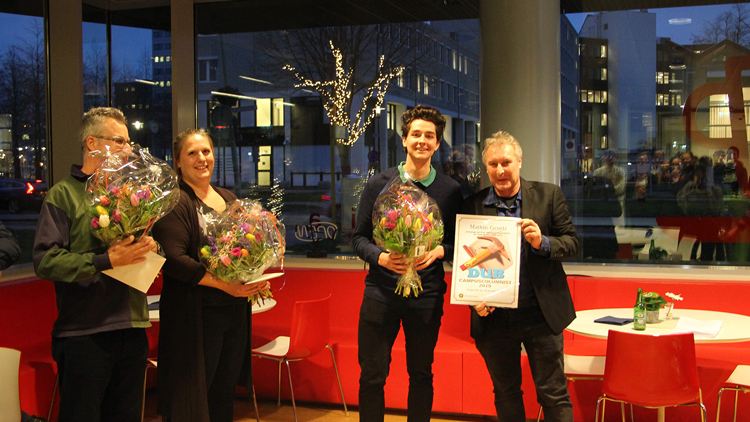 In the past few years, the announcement of the new DUB Campus Columnist was always held in Goliath. In January, DUB will organise its New Year’s drinks in Parnassos instead.

A lunch preference survey in the Minnaert
Aside from these three restaurants, others will close before the end of the academic year: the canteen in the Androclus building, the kiosk in the Administration Building, one of the two establishments in the Dining Hall on the International Campus, and the restaurant in the Minnaert building. In the latter, Jazzmans will remain open on the first floor, and the people working and studying in the Minnaert will also be able to visit the kiosk in the Koningsberger building and the canteen in the Vening-Meinesz building. “But one thing we think is odd, is that there hasn’t been a faculty-wide conversation about closing the Minnaert restaurant,” says faculty council member Frans van Dam. “No one asked us whether we can do without a canteen. Now that the decision has been made, we hope to be able to have some input on the alternatives for the canteen. By asking employees and students what kind of food they’d want to buy here, we want to create support for an alternative.”

To call attention to the survey about canteen preferences, Frans van Dam, Gerhard Blab, and Caroline Rutten stood near the entrance of the restaurant on Tuesday. On Monday, other members of the faculty council did the same. The impending shutdown of the Minnaert building canteen came as a surprise, says Blab, who buys his lunch in the restaurant every day. “The Minnaert only reopened a year and a half ago. A whole new canteen was constructed. Aside from being a canteen, it also functions as a meeting space. The canteen has around 250 to 300 paying customers a day.” Van Dam thinks that when making the decision, the growth of the faculty was not taken into account. “We grow by 200 students every year.”

The three are happy that Jazzmans, on the first floor of the building, will remain open, but it’s not enough. “The capacity is insufficient to serve everyone here. Their offer is also more expensive.” Diverting instead to the Educatorium or the Vening-Meinesz building of Geosciences for lunch isn’t ideal. The Educatorium is too far away to walk to, queue, eat, and walk back within half an hour, Rutten thinks. The restaurant in the Vening-Meinesz building is too small to serve lunch to all of the Science faculty, Blab says. “There’s a risk that everyone will just eat their home-made sandwiches behind their computers instead.”

Not just for lunch, but also a meeting space 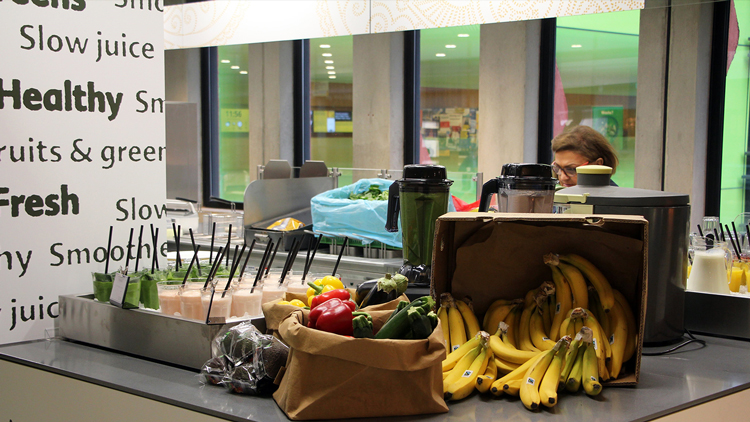 Most of the students and employees who are approached by the faculty council members on Monday and Tuesday, weren’t aware of the restaurant’s impending closure. They willingly fill out the survey, which will be online until Friday, to indicate how often they frequent the canteen, and what they’d like to eat. “We contacted the FSC, and they told us that there’d been meetings in April 2019 with students and employees, but in all the hours we’ve stood here, we haven’t met a single person who was present at a meeting like that. What we do know, is that pizzas are very popular here. If we had a kiosk that just offered four types of pizza, that might be enough.”

Another important point, according to the faculty council, is that the meeting space the restaurant is also used for, remains open. That was also one of the desires of the people at Veterinary Medicine, where a petition was started to keep the Androclus canteen as a lunch and meeting place. Although a large number of signatures was collected, it probably won’t be possible to grant them their wish, because both catering locations at Veterinary Medicine are losing money. The restaurant that will remain open, Madame Jeannette, is too small for the entire faculty, according to the people behind the petition, and is more luxurious and therefore more expensive.

Students eat when they feel like it
Merijn Smelt and Anna Stamp-Jongbloed of the FSC understand the frustrations of people at Humanities, Science, and Veterinary Medicine. “We’ve made sure that spread out across the university campus, there’ll always be a restaurant close by. It was financially impossible to keep all restaurants open. We also had to consider the Strategic Housing Plan, which says that everyone will have to give up some space.”

Stamp-Jongbloed says they mainly looked at what future students would prefer to see in eating establishments, and are basing the catering policy on those outcomes. “They eat when they feel like it, and decide then and there what they want to eat. They’ll buy take-away and eat it elsewhere. You don’t need a restaurant for that. The older generation is often still hung op on having lunch in a canteen, and plan half an hour to do so.” Smelt: “Perhaps that habit will change as well, but I do think the university will always offer some type of catering.”