The parking garage in the centre of De Uithof. Photo: DUB

Utrecht University employees who commute to De Uithof by car will have to pay for parking from October 1, 2019 on. On the other hand, the travel reimbursement for employees will be increased by 4 cents per kilometre. The parking fees for visitors and students in De Uithof will increase significantly.

For years, people have discussed the option of implementing parking fees in De Uithof for UU staff. This is said to be fair considering the fact that colleagues in the city centre have always had to pay for parking. Additionally, the university hopes to reduce car traffic on the busy roads surrounding De Uithof, and encourage use of bicycles and public transportation.

It was already clear in 2015 that this would eventually happen, but it remained unclear when that would be. Now, finally, the decision has been made: everyone will have to pay for parking from October 2019 on. Those who decide to park in the centre of De Uithof will pay 3 euros per day; those who park in one of the university’s 670 parking spaces of the P+R De Uithof, will pay 2 euros a day.

Visitors looking to park their car in De Uithof, will pay 1.80 euros an hour starting in October – the current rate is 50 cents for every 33 minutes. The P+R only has an option of a day card for 4.84 euros, or a 5-euro ticket that includes a bus ticket to town (see box for more details).

That means that employees who always take the bus or bicycle will receive a small increase in pay. The idea is that employees are financially rewarded for leaving their car at home and taking the bike to work instead. Employees who travel to De Uithof by car every day will suffer some financial loss. Those who take the car every now and then, break even. The regulation will apply to all employees, including those who can’t travel by public transportation, for instance because they need to be at work at an early hour.

The pot of money for conditions of employment
The costs of the increase of travel reimbursement come from the pot of money for so-called conditions of employment funds. Every year, the executive board reserves an amount of money to be spent on the university’s employees. The Local Consultation, consisting of the employer and the unions, then decides what to spend the money on. A long time ago, these funds paid for partial reimbursement of children’s day care costs; more recently, these funds allowed employees to obtain a free OV chip card when the motorways surrounding De Uithof were under construction; and currently, some of these funds are used for ‘sustainable employability’ of employees, including the vitality programme. In the past few years, the pot of money available to the Local Consultation has grown. The Local Consultation says the increase of the travel reimbursement is a good choice to spend these funds on, which will benefit every single employee, according to spokesperson Paul Ter Veld. 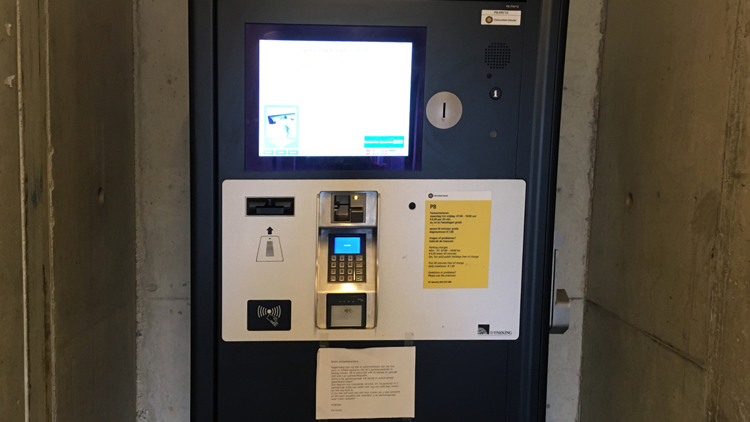 The implementation of paid parking took longer than the university had hoped. This is because a lot of agreements had to be made with the other partners at the Utrecht Science Park. Both the Hogeschool Utrecht and the UMC Utrecht hospital already work with paid parking. The UMC Utrecht uses the same rates UUers will pay in De Uithof.

Parking rates in detail from October 2019 on

Visitors and students:
Visitors and students who park their car in De Uithof in one of the parking lots owned by the Utrecht Science Park, will pay an hourly rate of 1.80 euros, starting in October 2019. The current rate is 50 cents for every 33 minutes. The current parking conditions will remain in place. Visitors pay for the time they actually use the garage. Payment is required on work days between 7am and 6pm. The first half hour is free. Parking is free on weekends and holidays. The maximum day rate was 7 euros, but will be increased to 18 euros.

Visitors and students who park their car in P+R De Uithof will pay 4.84 euros a day, regardless of how long they’re parked there. If they pay 5 euros, their parking ticket will also count as a ticket for public transportation, with which they can continue their journey by bus or tram.

People who work at the UU:
UU employees will have to pay for parking in De Uithof between 7am and 2pm. Parking is free before 7am and after 2pm. The day rate is 3 euros. Travel reimbursement will increase from 6 to 10 cents per kilometre, with a maximum of 50 kilometres a day. The regulation in the collective labour agreement ‘a la carte’, with which employees can add to their travel reimbursement, will remain in place.

Those who are under contract with other employers than the university but who do work for the UU – such as Sodexo and Asito staff – pay the same rates as UU employees.

The parking rates for the UU parking spaces in De Uithof is 2 euros. Those who take the bus – or, later this year, the tram – to continue their journey to the centre of De Uithof, will have to pay for that part of the journey. If the 670 parking spaces are all occupied, the regular P+R rate applies.

Parking fees will be collected by the company Stadsparkeren. The campus card will have to be adjusted before the changes take effect. Employees will receive further information in the near future.
Tags: verkeer | parkeerbeleid | car | reiskosten