Is “woke” a threat to academic freedom? (Part1)

Academics around the world, including some from UU, have been warning about what they perceive as the downsides of identity politics and social justice activism. News sites being taken down over expressions deemed non-inclusive, professors getting official complaints because of terms mentioned in class, students demanding a more diverse curriculum… To some, all this is incompatible with academic freedom, while others argue that the idea of academic freedom is being instrumentalised to curb efforts to change the status quo. DUB spoke with academics, students and the rector to understand what is at stake.

In January, the website of Maastricht University’s independent magazine Observant was taken down following a cyberattack by anonymous activists who called the publication racist and transphobic. The attack followed a warning by student activist group Feminists of Maastricht, which said it would “mobilise its community” if the magazine didn’t replace “women who menstruate” with “people who menstruate” in an article.

A few months earlier, the president of the University of Amsterdam, Geert ten Dam, opened the academic year with a speech that addressed, among other topics, her fear that students no longer want to be confronted with “dissenting opinions and unwelcome perspectives”.

Ten Dam’s speech echoes an international trend. In 2020, dozens of American academics (including renowned left-wing voices like Noam Chomsky and Gloria Steinem) signed a manifesto saying that calls for social justice and equality have “also intensified a new set of moral attitudes and political commitments that tend to weaken our norms of open debate and toleration of differences”. As a result, they write, editors are being fired, books are being withdrawn, professors are being investigated for quoting works of literature in class, and researchers are being fired for circulating peer-reviewed studies. 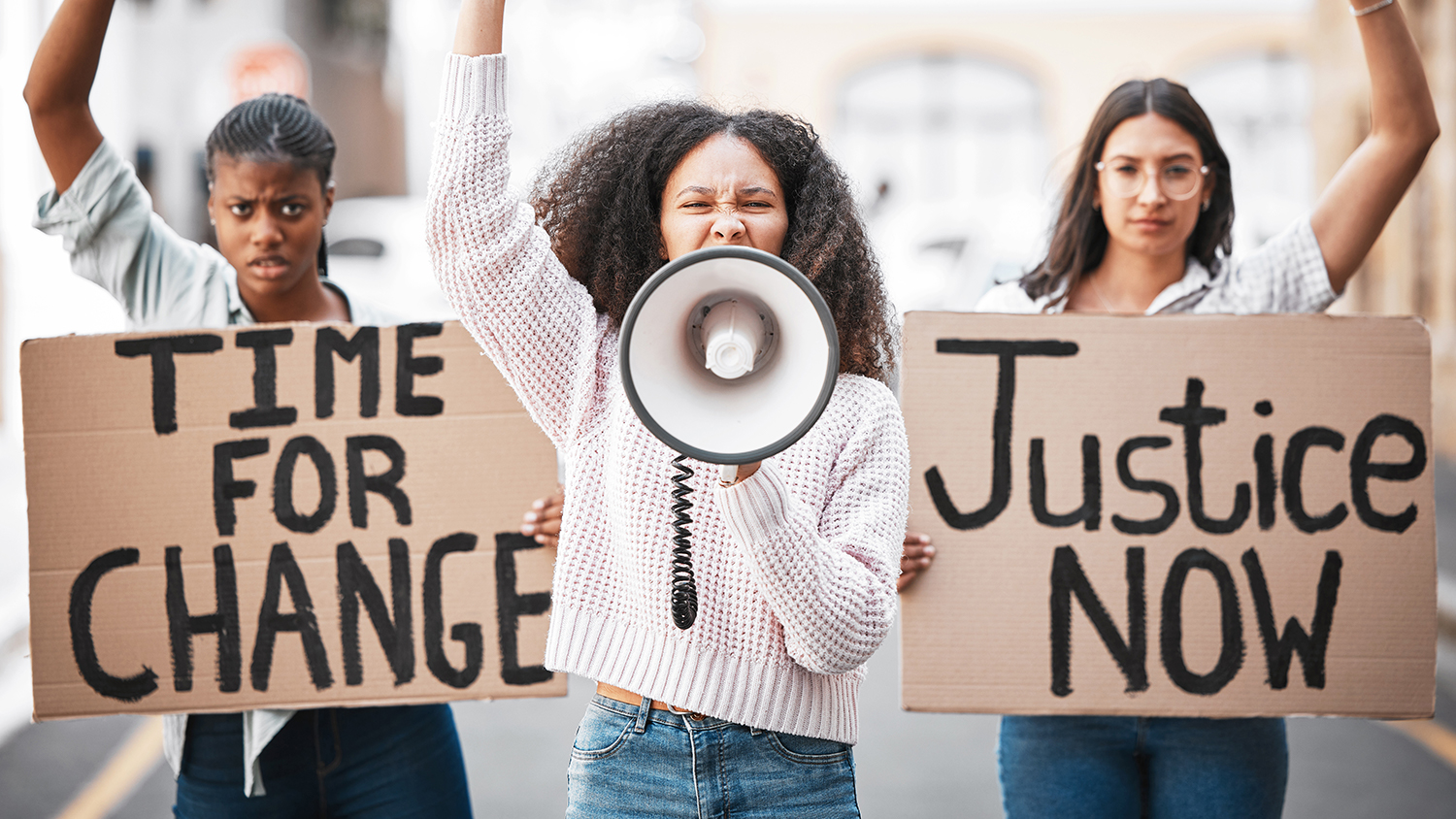 Many use the word “woke” to refer to this phenomenon. Floris van den Berg, Assistant Professor of Philosophy at UU, made headlines in April thanks to his book Wokabulary, a “critical dictionary” of terms frequently used by the “woke movement”. Woke is like “killing a fly with a bazooka”, he stated to the Dutch newspaper De Telegraaf. To DUB, he says he is not opposed to woke causes per se, but rather “the disproportionate tactics” often used.

“I know there are more people who are critical about this, but it’s just water cooler talk. If you speak up, you run the risk of being associated with the far-right”, sighs van den Berg. That’s what happened to UU Rector Henk Kummeling last August, following an interview with NPO Radio 1. Asked to comment on the woke phenomenon in higher education, he stated that he’s on board with diversifying the student body, teaching staff and curriculum, but some people “take woke too far”. He also said that cancelling is incompatible with academic freedom. Fragments from the two-hour interview were then taken out of context and posted on conservative (some of them far-right) pages, where the rector was lauded as a hero.

Kummeling: “As a rector, I have to uphold academic freedom and the question was whether woke poses a threat to it. I then said ‘well, if it leads to cancelling certain opinions and persons, yes’. But I also explicitly stated that increasing diversity and inclusion at universities is of utmost importance. My heart has always beaten to the left side of my body. Politically, I’m far, far away from far-right points of view”. He later published an op-ed (in Dutch only) to explain his thoughts. 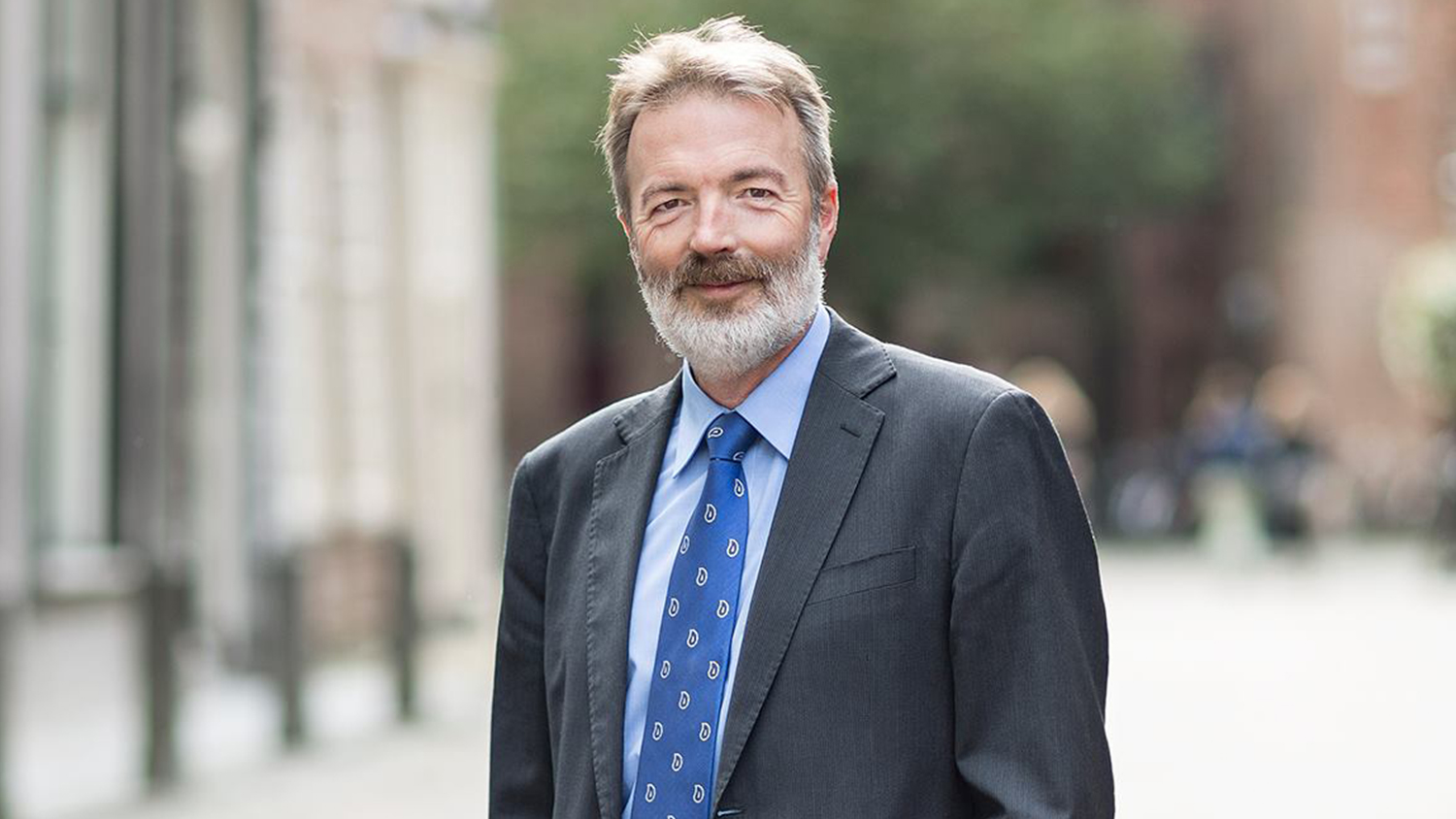 To the members of Work in Progress, an initiative led by UCU students and graduates, the critics are the ones blowing things out of proportion. For starters, “a unified woke movement doesn’t even exist”, says Project Manager Vicky Keulers, a Master’s student in Cultural Anthropology. In April, the group organised a conference titled “Week on Institutional Change” to discuss the place of activism in academia and the concepts of academic freedom and freedom of speech. Their goal was to “flip the narrative in which the university is presented as a neutral and apolitical space and academic freedom becomes a tool to protect some and silence others”.

What’s in a word?
The expression “woke” has been used by the black community in the United States since the early 20th century, but it was popularised in 2014, when black citizens took to the streets of Ferguson, Missouri, to protest the death of Michael Brown. They urged each other to “stay woke” (aware) against police brutality. Since then, “woke” has evolved into a summation of all left-wing movements raising awareness of structural inequalities. Right-wing politicians like Donald Trump or the Dutch Geert Wilders then actively embraced the term, often to diss feminism, the LGBTQI+ movement, Black Lives Matter, environmentalism etc.

Many left-wing activists say that the word is being instrumentalised, weaponised and caricatured in many ways. As a result, they are refraining from using the label. Vicky Kellers, from Work in Progress: “I don’t know anyone who calls themselves that way. The word has now become a dog whistle used to mock and delegitimise anyone who dares to speak out against the status quo”.

Vicky thinks the term is misleading because it has long lost its positive connotation, not to mention it puts many different movements in the same box as if they were all one and the same.

“But then what word should I use?”, reacts Kummeling. “The term woke helps people immediately understand what I’m talking about. Should I curtail myself in using an ordinary word simply because some groups in the society are using it?”. The rector says that, in his view, woke means being aware that something is wrong, but ‘awareness’ is too broad a word. “If you place woke in a certain area, meaning the most extremist, hardboiled intersectionalists, then we can have a debate: Is that the correct use of the word?”

To Floris van den Berg, that is exactly what woke means. “Not all feminists are woke, not all environmentalists are woke. Woke is a certain way to address these issues. A strategy. It’s useful to have a word for that”. In his opinion, woke is an “illiberal radical left-wing ideology”. Extremists, then, would be giving “woke” a bad name.

Is freedom of speech at risk?
But that’s not the only word up for discussion. Words are in fact at the centre of this debate. The “woke” side problematises terms that (historically) stereotype, exclude or offend marginalised groups, while critics say that’s an attack on freedom of speech.

“Some people overreact to certain words, like ‘ladies and gentlemen’, and sometimes the reactions are nasty, especially on social media. I don’t think that’s very constructive”, ponders van den Berg. A student once filed an official complaint against him for quoting orthodox Christians that say ‘God hates fags’ in class. “I had to talk to the dean about it. This is a minefield because the words considered taboo are constantly changing”.

Van den Berg finds that “woke” uses “the cloak of inclusivity to promote a dangerously intolerant ideology”  which could ultimately cost us freedom of speech, academic freedom, and liberal democracy.

He is also concerned about a shift in the power balance between teachers and students. “Now the teachers have to fear the students to stay on the job. And it looks like universities listen to them way too easily.”

In his view, woke is a new trend that has recently made its way to the classroom. He mentions his own course as an example. “I’ve been teaching the same course for years and it was only about three years ago that students started accusing me of being racist. But my classes haven’t changed. The students and their feedback have.”

The question is whether – and, if so, to what extent – this is a novelty. In the 1990s and 2000s, prominent figures, including former US President Donald Trump, often said that “political correctness” was a threat to freedom of speech. Today, they use the word “woke” instead. Isn’t this merely a new stage of a much older, ongoing debate?

The argument that minorities are establishing some sort of tyranny of political correctness sounds a bit ridiculous to the students of Work in Progress. How could they, if they’re not occupying positions of power (in fact, that’s precisely the point)? Ella Shields, a Master’s student in Cultural Anthropology, stresses the generational nature of the debate, arguing that the power balance between students and teachers cannot be flipped so easily: “We’re talking about middle-aged white men critiquing 18-year old anthropology students who are just trying to make the world a better place the best way they can – with the knowledge, maturity, and tools that they have. It’s such an uneven power dynamics!”

Fellow Work in Progress member Vicky finds it odd that critics say they are defending democratic values, but seem to take issue with students protesting, boycotting and demanding things from teachers and authority figures. Making your voice heard, isn’t that what democracy is all about? “Freedom of speech is not about just saying what you want, it’s also about expecting a reaction because other people can say what they want too”.

To Rector Henk Kummeling, the problem is not so much that students are manifesting their discontent, but rather that they are going straight to the dean or to him to complain about the terms used by teachers in class instead of trying to establish a dialogue with them first. “It doesn’t happen that often, but every now and then I get an e-mail and I always tell them to go back to the teacher and try to talk to them. If discussion is not possible, then let me know. Before you start demanding things, give the teacher or researcher a fair chance”.

He also stresses how important it is for the teachers to listen to the students. “If teachers use words that offend people unnecessarily, they should be open enough to reconsider the language they’re using”. But that doesn’t mean they should leave certain textbooks or research results aside. To the rector, a classroom should have room for all points of view, opinions and ideas, especially when they’re evidence-based. “You probably don’t agree with some of the ideas and expressions from Kant, when he talks about the position of women. They can be offensive, yes, indeed. But then we have to discuss why it is offensive”. 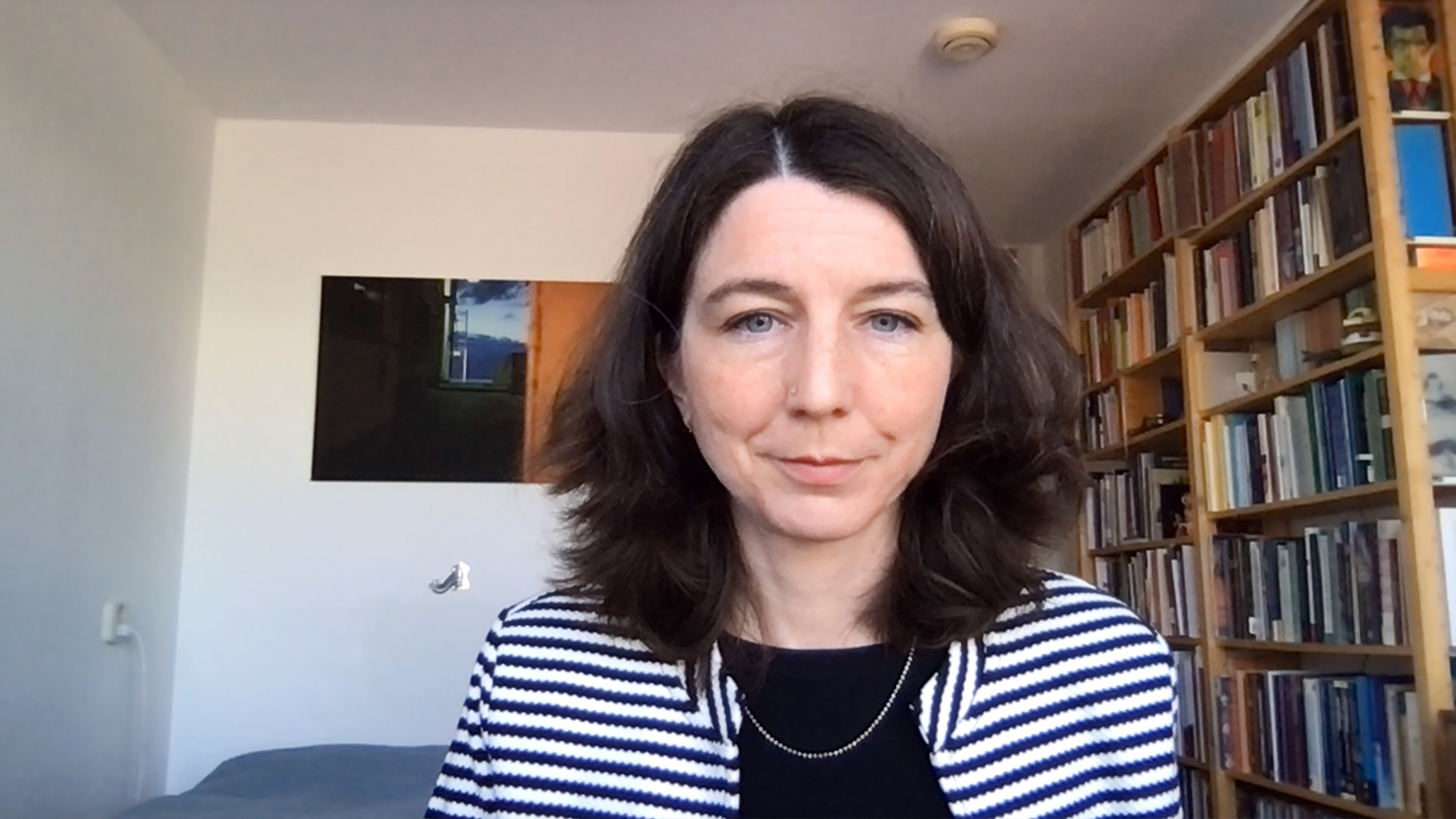 Chiara Robbiano, Associate Professor in Cross-Cultural Philosophy at UCU, also stresses the importance of listening. She advises fellow teachers not to react with fear. “I find it sad that people so often need to be either in favour or against anything, ready to see the other as either ‘us’ or ‘them’, and then, if it is ‘them’, to fear them”. To her, listening to first-person accounts of how people are affected by a policy, a word or a custom is the most important tool to resist an “us versus them” attitude. It is equally important to listen to their suggestions on how to tackle a given dilemma and then try to find a common ground.

To be continued…
Next week, DUB will publish the second part of this article, in which the students, teachers and rector will discuss cancel culture, safe spaces and trigger warnings.
Tags: woke