'All students ride the same bike'

“Teacher, do you think there are girls with a headscarf walking around here too?” One of my first year students asks when we are looking for the right room in the Victor J. Koningsberger building. I respond to my 14-year-old student, who also wears a headscarf, that we should pay close attention to this together. A first quick glance through the large open space shows that no student with a headscarf is to be seen.

Her question forces me to reflect on our presence in De Uithof. For me, it is natural to be here, because I once studied at Utrecht University myself. For my students, who according to the definition of the Central Bureau of Statistics all have a bi-cultural background, this world is new. Of course they know students from the street scene in the city. "They scream and are often drunk." And I know of some pupils that he or she has an older brother or sister studying. But in general, the university is an unknown environment for them.

'I'm always on the bus with students. There are many of them. They are usually serious, but sometimes they are drunk' - Naoufal (13) -

My students are in the first year of St-Gregorius College in the centre of Utrecht. They attend so-called "community school lessons" outside regular school hours and have been invited to De Uithof to think about a solution for the "plastic soup" of floating waste in the oceans. When we find the classroom, the students sit down in the class benches a little awkwardly. A number of secondary school classes are still present, but these are all classes with almost exclusively native Dutch students. The professor who comes to tell something about the plastic soup impresses my students. "I thought it was really cool to listen to a real scientist," says Oualae (12). Subsequently, we conduct experiments in the laboratory under the supervision of two students. That makes her even more enthusiastic: "I felt really smart among the students, as if I were a real scientist."

'Students are crazy. They look like zombies and they always stink of beer' - Hiba (14) -

The experiments are done and the research data is recorded. I walk with my group through the building to the canteen. Some of my students are disappointed because they cannot pay for a sandwich with cash. When we sit around the table I ask what their impression of the university and the students is. They think the building is "super cool" and the students are "serious" and "smart". The students and scientists also speak with "difficult" words, the children think. Furthermore, they fully agree that all students look similar. And they also have the same bike. “Isn't that strange, teacher? How can you find your bike then? "

'Sometimes the students scream loudly. They are hard workers and they are smart. I would like to study as well, because that seems nice and good' - Jorgen (11) -

After lunch we walk through the building again. Two of my pupils obviously don't care about where they are and pretend that the university is a boxing ring. They are and will be teenagers. My eye catches two students wearing a headscarf. I give Hiba a nod and tell her that we have an answer to her question. Shall we have a chat with them?, I propose to her. Usually, she is certainly not shy, but now she doesn't dare to. On the bus back, Hiba says she thought it was a special day. But she had to say that she thinks it is a shame that there were only two girls with headscarves at Utrecht University.

Simon de Wilde works as a teacher for the Brede School Academie Utrecht. This is extracurricular education where the emphasis is on reading comprehension and increasing vocabulary. Earlier this year he visited De Uithof with eleven students from the first year of St-Gregorius College in Utrecht. The students were invited to think about a solution for the "plastic soup" in the oceans by U-Talent, an initiative of educational institutes and schools in Utrecht.

The photos in this article are property from Stichting Move. This foundation organizes projects in which students and young people from disadvantaged neighbourhoods get to know each other and each other's living environment. The children often come to take a look at De Uithof. All projects are carried out by students from (sports) associations. In Overvecht the 150th project took place this year at the KSU Mattheusschool. Students made a mini-dom tower with the pupils. 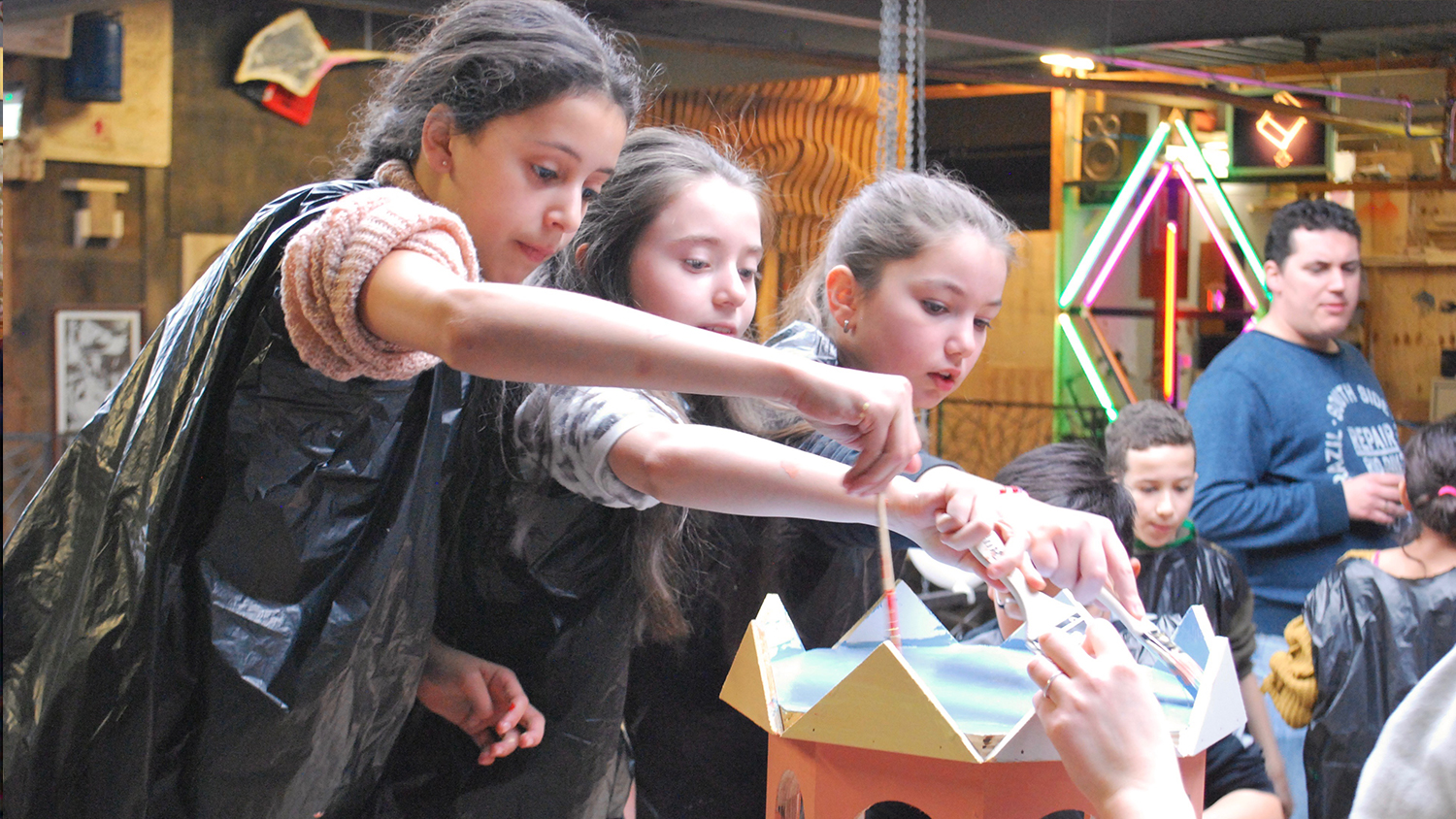 In September 2019 DUB publishes the magazine StudentenEnStad. With this magazine DUB celebrates fifty years of independent university journalism in Utrecht. The theme is the relationship between the Utrecht students, the city of Utrecht and the Utrechters. The magazine was published in Dutch. Here we present a collection of translated stories and features especially written for our site.