From buddy to colleague or friend

All organizations and all companies have their own unwritten rules, and it can take some time for new employees to learn them. Utrecht University, of course, has its own culture too. Not everyone finds their way instantly. Having a buddy can help.

When aiming for diversity and inclusivity, there are countless ways to create a place in which everyone feels at home. One of them is the buddy system, which is often presented as a quick win. “A buddy project is a popular intervention to provide informal support to people in vulnerable positions,” according to Michelle van der Tier and Marianne Potting in their 2015 research project A buddy for everyone? A scientific basis for the buddy project method.

Utrecht University also believes in the idea of matching people so one can help the other find their way. They’re called mentors, guides or buddies. The Faculty of Law’s work plan Diversity 2017-2019 states that a buddy system ensures “increased awareness of diversity within the organization”. “It’s very educational,” professor Paul Boselie agrees. He works at the School of Governance and is a buddy to an assistant professor. “I often forget that I’m a professor, but that’s relevant in the conversations I have with people. The mentor talks I have with my buddy are like holding up a mirror in that sense, making me see how gigantic the difference between a professor and a non-professor actually is.”

Mirjam van Kan-Parker, funding advisor at the faculty of Geosciences, also decided to mentor someone with a disability. The experience has “opened her eyes”, she says. “Through this participation project, I’ve become a bit more open minded. Here in the Van Unnik building at The Uithof, we’re literally sitting in a tower, and because you’re so busy with your own things, you’re generally never going to be dealing with someone with a disability.”

There are countless UU employees and students act as someone’s voluntary buddy. For example, the UU has a mentor program for female assistant professors, in order to increase their chances of building a career in academia; there are buddy projects for international students and employees aimed at breaking through the international bubble; and InclUUsion links refugee students to Utrecht ones.

‘It’s a stepping stone for Lisa, and it helps me too’ 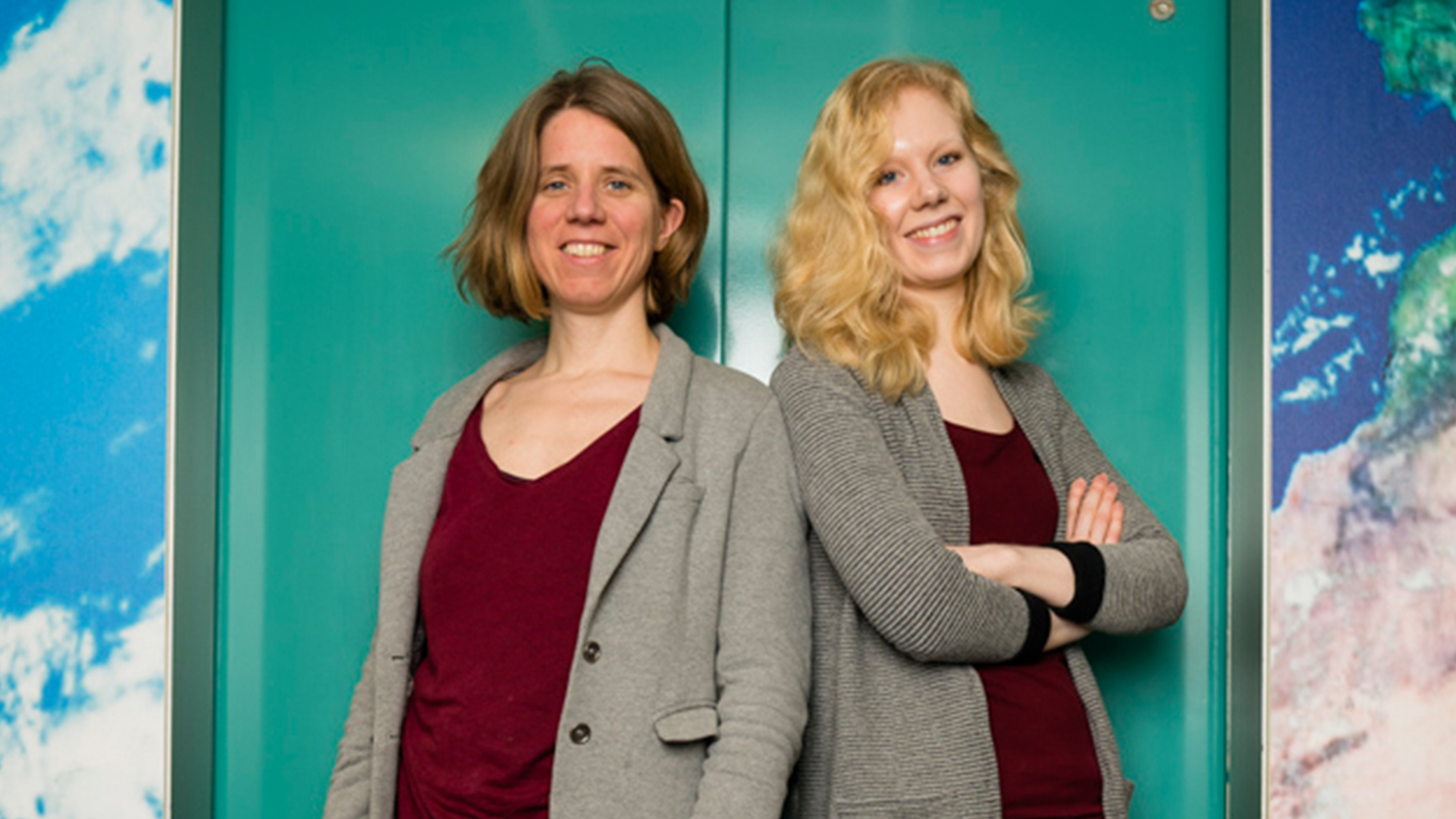 It’s only noticeable if someone points it out for you: in the office of funding advisor Mirjam Kan-Parker and Lisa Luchtenberg, some of the lights are out. It’s one of the adjustments made to let Luchtenberg function well at the faculty of Geosciences: lights drain a lot of her energy. For her colleague Kan-Parker, having the fluorescent lights switched off is about the only reminder of the fact that Luchtenberg has a disability – albinism – and was hired through the Participation Law. “Sometimes, I forget that Lisa has a disability. She doesn’t let it hold her back.”

That reaction isn’t self-evident, Luchtenberg says: “What I notice is that a lot of people are startled when I tell them I’m in the Participation Law, because the ruling idea is that that means you can’t do much at all. Or at least a lot less than regular employees. But with just a few adjustments, I can do my job just fine. There are always paths to walk, it just takes some time to find them.”

“I was pleasantly surprised,” Kan-Parker says. She was the one who took the initiative to offer a vacant position to someone with poor job prospects. “Lisa and I have only been working together for two months, and of course it takes time to explain some things sometimes, but I think that’s common with every new colleague. Lisa is becoming more and more independent. She started out working four times four hours a week, but that’s already increased to four times five hours. I think for someone as smart as Lisa, this job might be an excellent stepping stone to something more. And her help helps me, too.”

‘I came from a bad situation, but I don’t want to be stuck in it’ 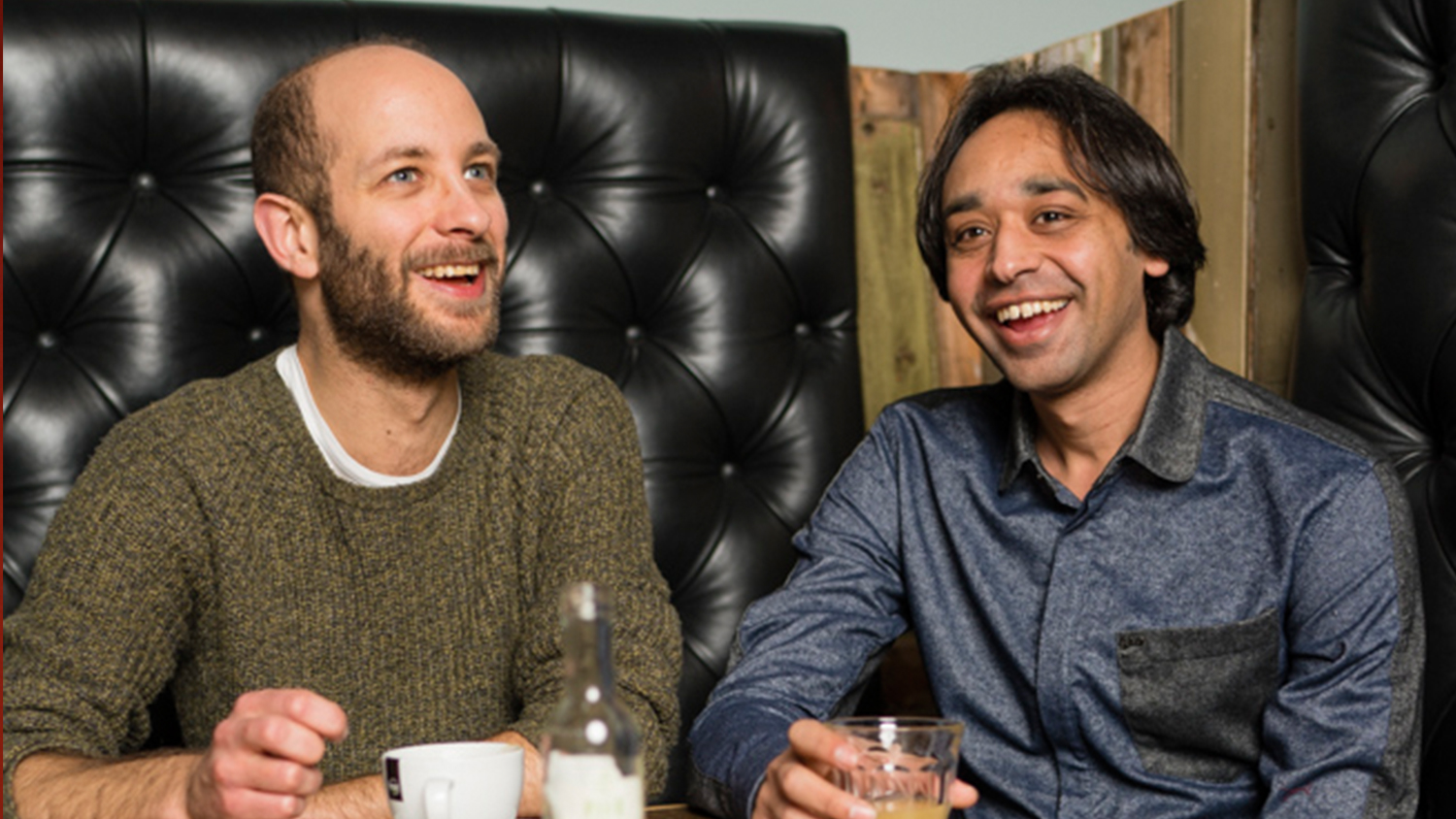 Although being buddies within the university often means one person provides friendly help or support to another, PhD Candidate Dom Weinberg and refugee student Bashar Dassouki seem to have a different definition of the word. For them, being InclUUsion-buddies means being friends.

There are numerous reasons why something like explaining Blackboard became something more: the fact that Dassouki and Weinberg belong to the tiny group of male students within the department of Interdiciplinary Social Sciences; that they both moved to the Netherlands from other parts of the world, or that they both like soccer. But when you ask them, why they became friends, they’ll tell you the just clicked’.

“It’s really difficult to make friends”, says Dassouki who is a Palestinian refugee from Syria. “Before I met Dom I didn’t have any, because people often feel sorry for me. I don’t like being pitied. I came from a bad situation, but I don’t want to be stuck in it. I arrived here safely and now I want to look to the future. Dom was the first who saw me as a person.”

“It helped me build my confidence”, Dassouki continues, “because when I arrived in the Netherlands I wasn’t even allowed to do the simplest volunteering job. While in Syria I worked for the United Nations. Dom and InclUUsion showed me that I’m still the same guy, but in a different situation.”

“It’s great what a small amount of money and a few people giving their time can do”, says Weinberg who came for a Master’s programme to Utrecht from the UK. “I’ve learned a lot from Bashar, but mostly, I just enjoy spending time with him.”

‘You have to experience personal growth in order to excel’ 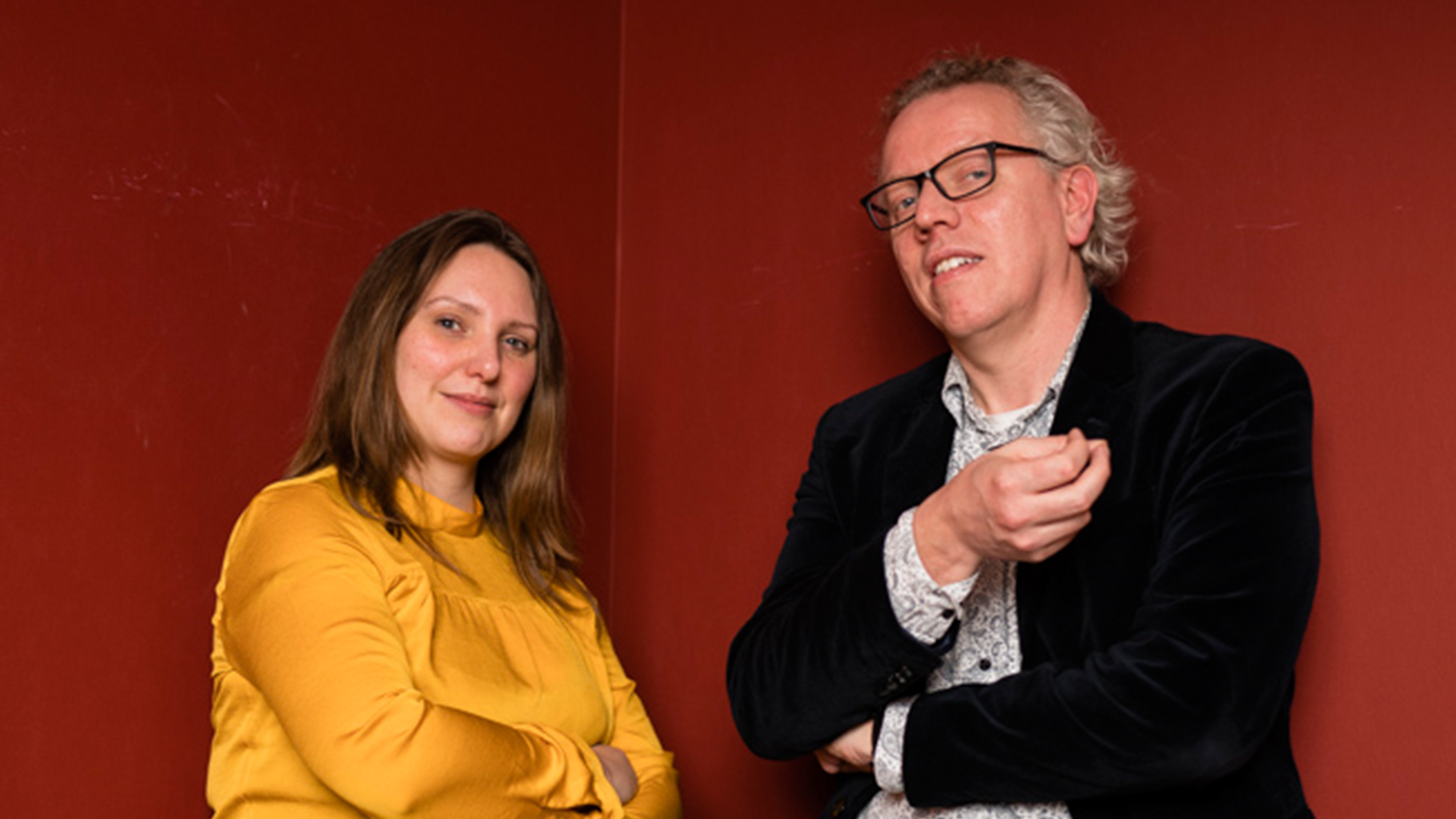 Don’t ask professor Paul Boselie from the School of Governance to explain the assistant professor and chemist Celia Berkers* conducts, because, as he says, he doesn’t understand approximately 99 percent of what she does. And yet, he’s contributing to her career, as her mentor at the UU.

“Many of the conversations between Celia and me are about her personal development, and that’s separate from her scientific qualities,” Boselie starts. “Let’s make it clear that this mentor program doesn’t contribute to her scientific breakthroughs. What it does teach, for instance, is how to use your energy more efficiently, or how to deal with the challenges you’re facing.”

“But,” Berkers adds, “I think you have to experience that personal growth in order to excel. Scientific knowledge is not the only important thing. I need to know myself in order to make the best of chances and challenges, and I think the coaching talks really help with that. If there’s anything happening on a personal level, or if there are career-related developments, I can always talk to Paul. It’s incredibly valuable to have someone take the time to advise you about that.”

The fact that Boselie and Berkers work at different faculties, is an advantage, the professor says. Even if that means he doesn’t understand her research. “I don’t have any hierarchical responsibility, so when we talk, we can share a lot in confidence.”

*Celia Berkers is a professor since February 2018 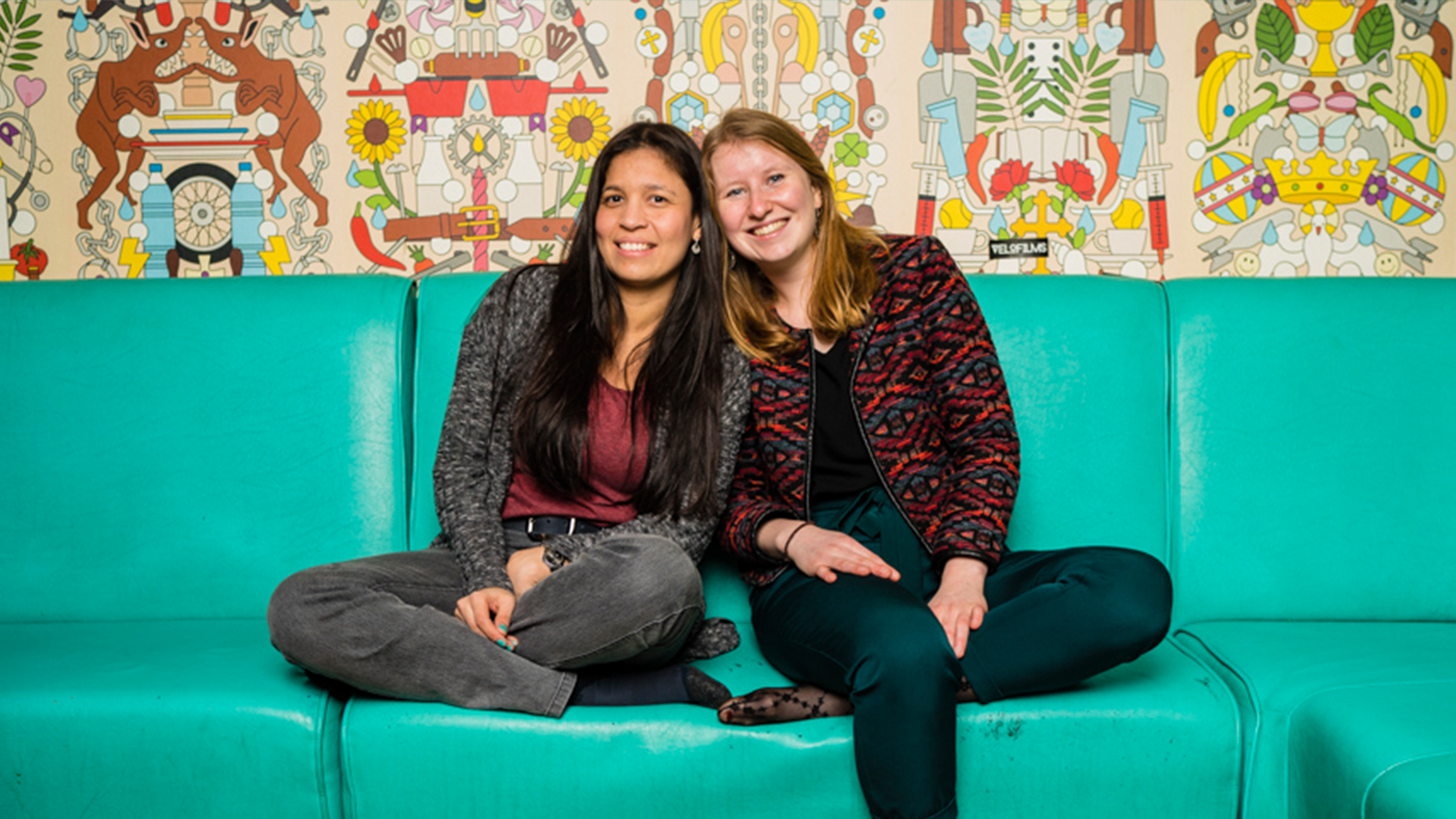 It all started with a scream from the Dutch student Rosalie when she saw her bike’s lock disappear in the water of the Oudegracht. One of the people responding was exchange student Maria from Colombia. As it happens, they were both there to visit a Buddy go Dutch event. The simple question of what Rosalie had just lost in the water, grew into a conversation about much more.

“There was a really good connection”, Rosalie remembers, “and coincidentally I was looking for a buddy who speaks Spanish. So I adopted her. We talk about anything and everything.” Funnily enough, they never discuss Dutch culture – odd, because life in the Netherlands was one of the main reasons Maria was looking for a buddy. She admits she could have approached the Dutch students in her classes for a walk or a talk, but she felt “more comfortable” asking someone she knows is open to the idea.

It’s a feeling Rosalie is familiar with, because she’s lived abroad as well. “People might think you’re a nice girl, but they are less interested in making friends because they know you’re leaving in a few months.” Her own experience inspired her to become a buddy of an exchange student in the Netherlands.

The two students are sure their friendship will exceed the time Maria is here. “If you have a good connection with your buddy, it can be a friendship for life.”