‘The city centre is like a second home to students’

Utrecht’s city centre is a lively place where people live, work and go out, which is why the municipality wants to improve it by reducing car and public transport traffic, and only allowing new student homes if they&#39;re not a nuisance to the neighbours. The plans are summarised in a vision document available for everyone’s inspection now. DUB asked student associations what they think of it.

What should the city centre look like in 2040? The municipality worked on this question for the past six months, speaking with several Utrecht-based organisations to find the answer. These talks resulted in 26 themes, revealed in a summary of the Municipality's Vision for the Centre of Utrecht, published in Dutch on its website.

This "vision" has yet to be adopted by the city council. Everyone’s welcome to react to the document until April 19.

No nuisance
The document also mentions a few points that are relevant to students. They are still welcome to live in the city centre, but more and more restrictions will be introduced to the practice of turning homes into student housing. The municipality plans to only grant a permit allowing someone to turn a single-family home into one that houses multiple independent student rooms as long as the neighbourhood remains "liveable" and the surrounding public spaces aren't disturbed with noise pollution or lack of parking space for cars and bicycles.

The number of workspaces in the city centre will increase. At the moment, students often rely on study spots in the University Library or other university buildings. The document proposes to also provide workspaces in stores, cafés and restaurants. 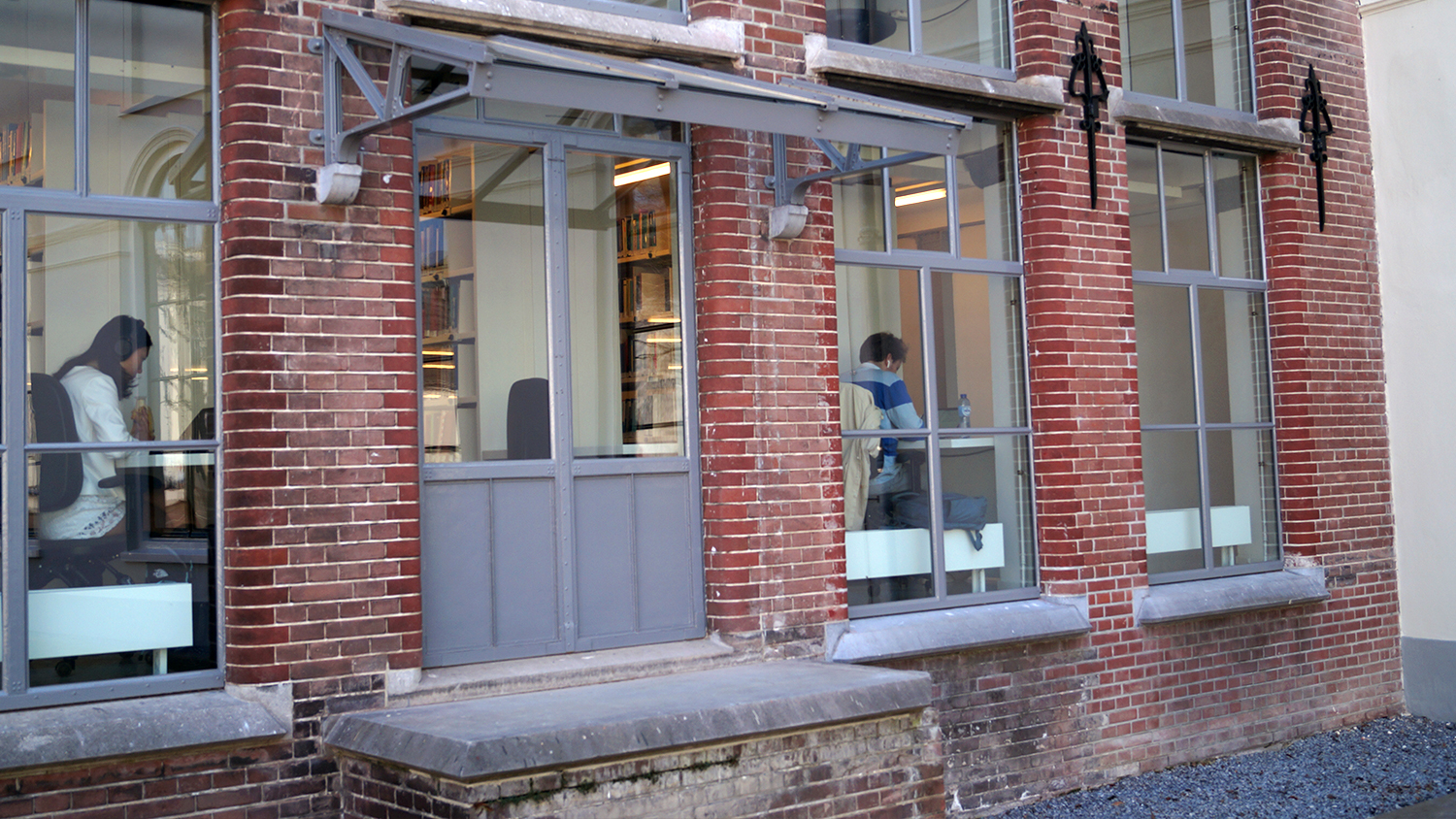 More space for pedestrians
The biggest change for students and employees are the plans regarding transport. The municipality has been slowly but surely restricting car access to the city centre for quite some time, and it plans to carry on with that policy. Additionally, it is looking to regulate the substantial flow of students commuting through the city centre to the Utrecht Science Park (De Uithof) each day by bicycle or public transport. To that end, they propose to do much more to encourage students to take different routes. 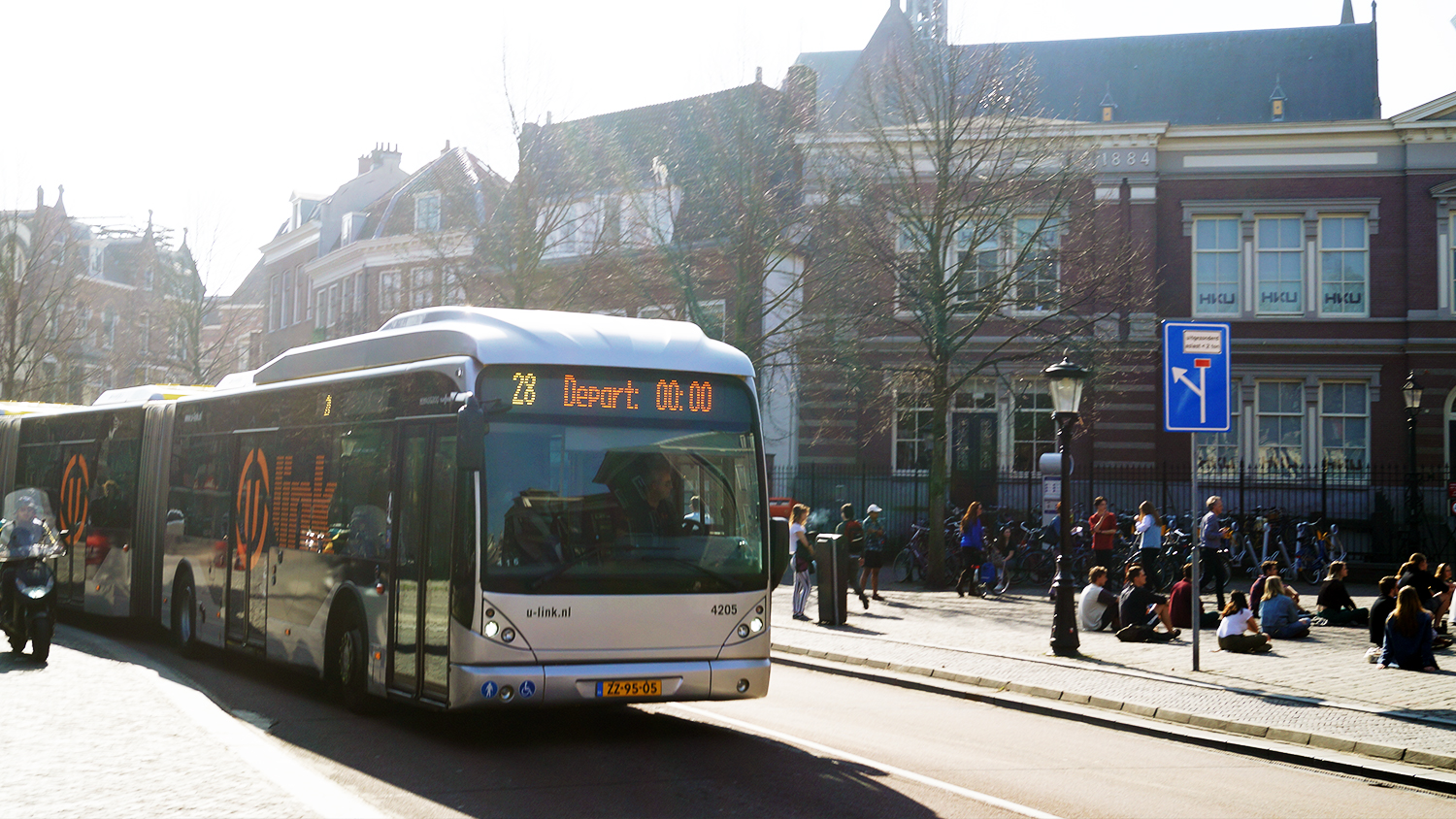 The university appreciates the municipality's recognition of the monumental character of the city centre. That means more attention will be paid to the protected statuses of monumental buildings, of which several are owned by the university.

Lively city centre
One of organisations consulted by the municipality was student association Vidius. “The city centre is really important to students. You can consider it as their second home”, says chairman Stan Liebrand. “Now, during the pandemic, it's become clear how difficult it is for students that all public spaces, associations, cafés and pavement cafés are closed. That shows how important a lively city centre is for them”. 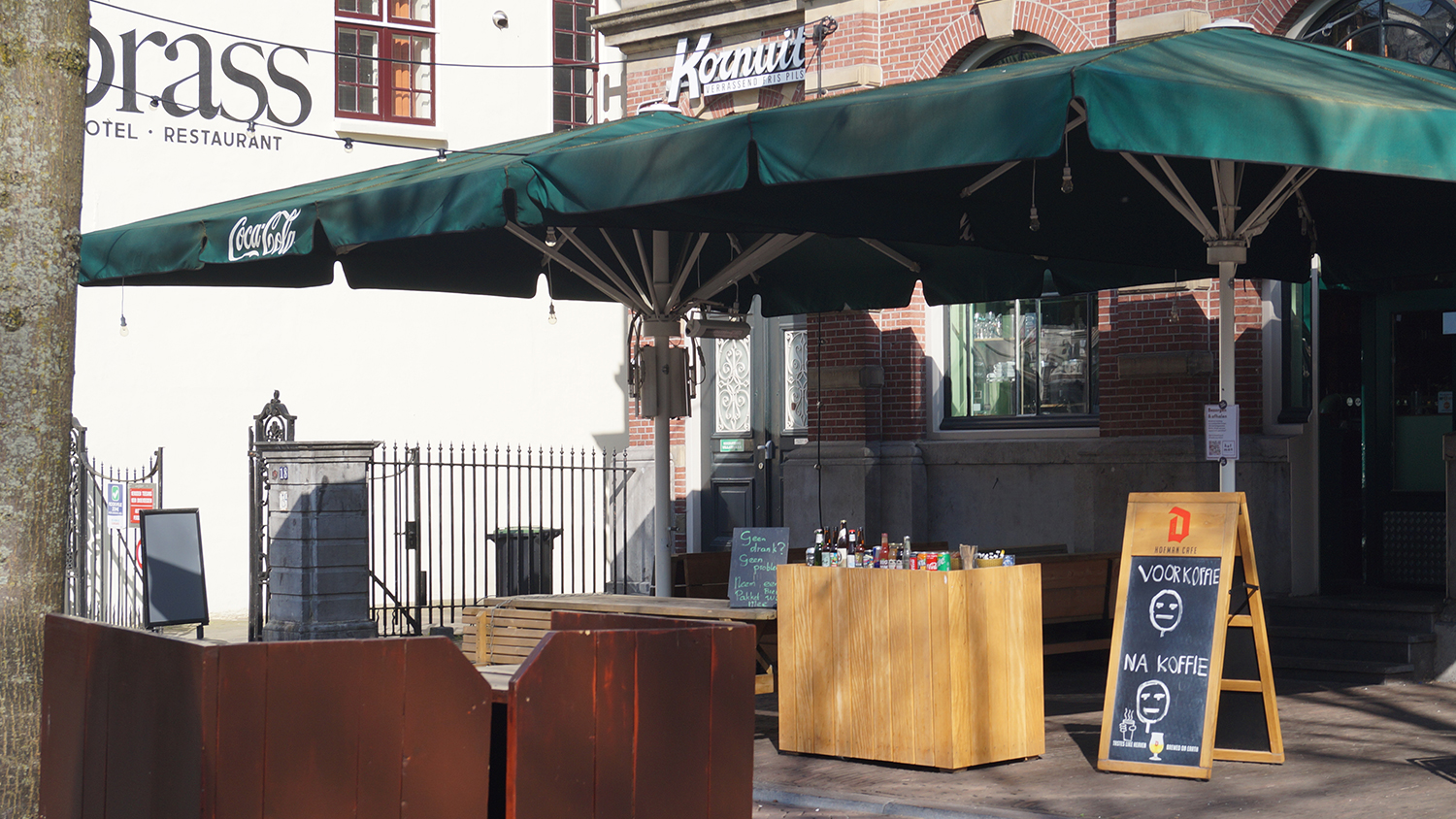 Students recently took the initiative to make a video for Sharon Dijksma, in honour of her 100th day as Utrecht’s mayor. “We want to make it clear that students play an important part in the city, and that the city should involve this group more in the plans it makes. Many students, for example, don’t have a garden of their own. So, they should be allowed to have a barbecue in public parks like the Lepelenburgpark or the Wilhelminapark”.

In the conversations, Vidius emphasised the importance of a lively city centre. “Events bring pleasure to students. They make sure they can carry on. But the associations also bring a lot of life to the city centre. In that regard, it’s a shame that we had to leave the Pnyx building last year. Student boards that were housed in that building are now in the Utrecht Science Park”.

More workspaces
Stan appreciates the municipality’s plan to facilitate more workspaces. “The library is full every day. External workspaces are great for young graduates and students. They could also consider a study centre or workspace in the neighbourhoods”.

Housing is an important theme for Vidius, but Stan thinks efforts shouldn’t be focused on the city centre only. “I don’t think the city is going to keep the promise it made in 2019 in the agreement on student housing (link in Dutch) involving higher education institutions, student housing organisation SSH, and student associations. That document states that, by 2030, there should be a balance between supply and demand of affordable student housing. So, if you do have the chance to turn a home in the city centre into student rooms, then you should take it. You shouldn’t forbid it. We don’t want to have a city centre where only rich people and expats live. That way, they would be creating segregation in the heart of the city. Students have been part of the city centre for almost four hundred years”.

Monumental buildings
The university has been a part of Utrecht's city centre for 385 years. A few years ago, a discussion arose about whether the whole university should move to the Utrecht Science Park. In the end, they decided to split the university in two, keeping the University Library and the faculties of Law and Humanities in the centre. And let's not forget the University Hall, with its central, monumental location. The university also maintains the University Museum, as well as connections to the Sonnenborgh observatory.

Dennis van Dijk is UU's portfolio manager of real estate for the city centre and the International Campus Utrecht, which is housed at the former Kromhout barracks. He was also involved in the conversations about the municipality's vision for the future of Utrecht's centre. At the moment, the faculties of Law and Humanities are working with the University Library on an "integral housing plan". The faculties were tasked with finding ways to use fewer square metres, but they still want to keep all departments in the city centre. The plan mentions, among other things, making the buildings at Achter st. Pieter and Achter de Dom suitable for education.

Accessibility
“The vision document is important because it outlines our boundaries. If you want to innovate in monumental buildings, how far are you allowed to go? Especially considering they’re education buildings, which have to meet all sorts of contemporary requirements. If the city centre becomes a museum that you can’t change anything about, it’s hard to make these buildings future-proof. So far, it looks as though the plans are giving us that space we need", says Van Dijk.

“The municipality wants the centre to be lively, which means you have to be able to use the buildings available. We don’t want to demolish and build new buildings, but we do need to make adjustments to the existing buildings so that they are accessible to disabled people, such as adapting the entrance, making the facade more sustainable, having an extra staircase, installing elevators. We need to ensure people with disabilities can also access the building without issue”.

Another important point is external accessibility. “We must be able to stock our buildings, remove garbage, renovate. If we can’t do these things, it’s going to be hard to stay in the centre. Last year, for instance, we were faced with a new traffic decision, which makes it difficult to drive heavy vehicles in the centre. That complicates things for us, like in the renovations at Achter St. Pieter, for example”.

Sustainability
Last but not least, sustainability is key for the UU. “The university has indicated its willingness to work on sustainability more and more. Currently, the focus lies on our real estate at Utrecht Science Park. Still, we would like to evaluate the possibilities in the city centre, within the requirements for monumental buildings. But we depend on the municipality to do this, for it is the municipality the one who assesses construction permits. We have to deal with monument regulations, for instance. Nowadays, there are plenty of technical solutions to make monuments more sustainable. The University Library is a great example: we were able to improve the building's insulation by using an innovative type of glass. A while ago, we also made the facade of the Bijlhouwerstraat (which houses the department of Governance) more sustainable”.

The deadline to react to the municipality’s vision document is April 19, after which the document will be sent to the city council so it is made official. The plans will be developed further after that.

With the collaboration of José Boon.